Dwayne The Rock Johnson gets a hilarious makeover from his daughters

Dad crowd-surfed his baby to Dwayne ‘The Rock’ Johnson

Dwayne ‘The Rock’ Johnson asks restaurants to make the food he brings with him: director claims

Dwayne “The Rock” Johnson went from gym clothes to tutus as he was given a radiant makeover courtesy of his two youngest daughters.

In the hilarious video shared on Instagram on Friday, the “Jumanji” actor, 50, is seen getting some blush put on by his 7-year-old daughter, Jasmine, as he wears a multi-colored wig.

“First morning back home with my tornados 🌪️ and by 8am they insisted on giving ‘Dwanta Claus a make over before Christmas’ 🎅🏾 💅🏽 💋,” he captioned the clip. “I haven’t seen myself in the mirror yet but if I look as cool as I FEEL RIGHT NOW, then IM WINNING BABY 🙋🏽‍♂️🥇.

The father of three then had a hilarious verbal exchange with the makeup artists in training.

“Wow, do you have to press that hard?” he asked as Jasmine sensibly replied: “Yes, it’s a part of makeup.”

Tia, 4, chimed in, telling her dad that he “looks so pretty.”

Though Johnson didn’t appear to be concerned about his epic glow-up, he was focused on how “cool” he looked.

“Do I look cool?” he asked his girls, whom he shares with wife Lauren Hashian. “You promised that I was gonna look cool.” 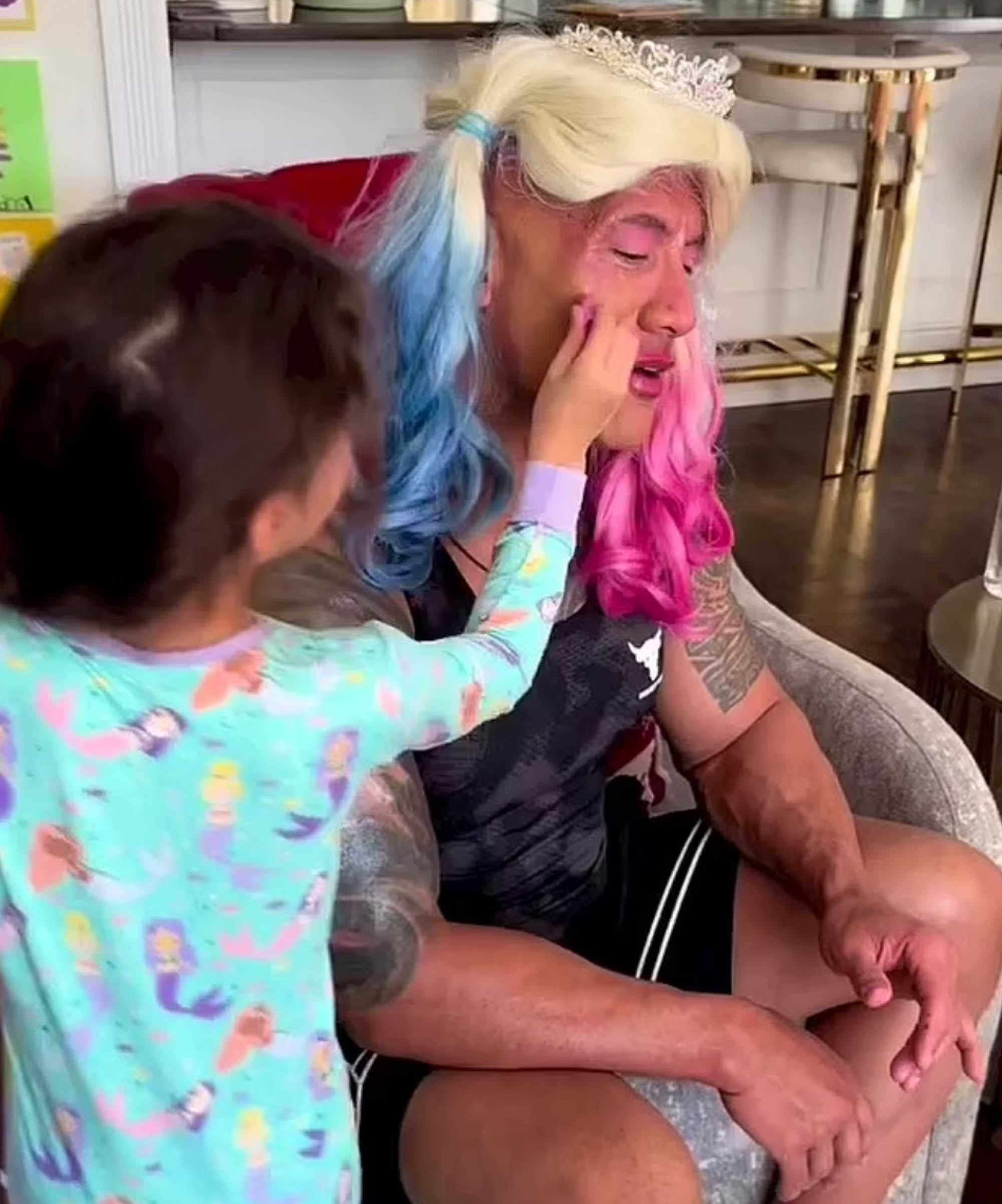 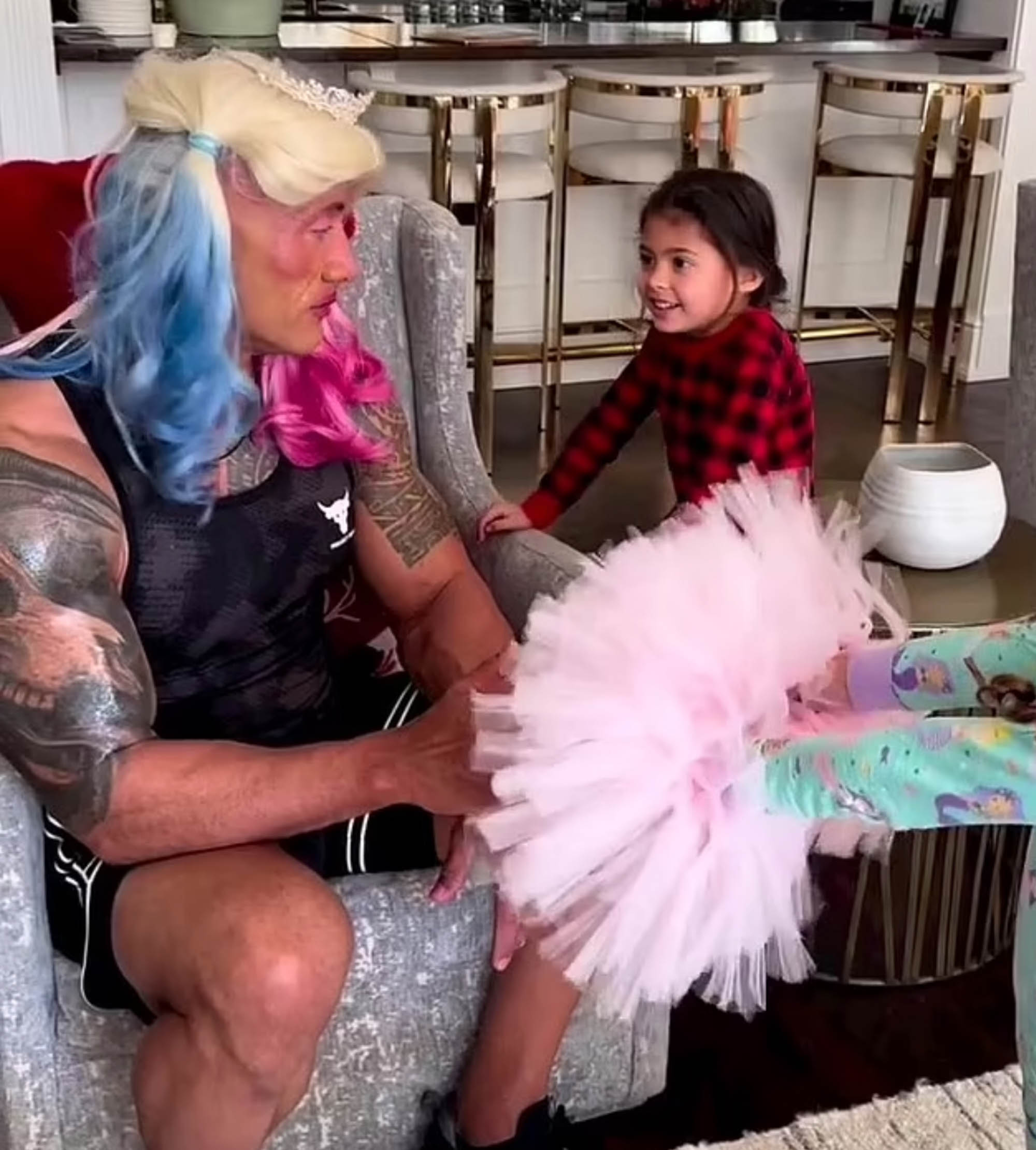 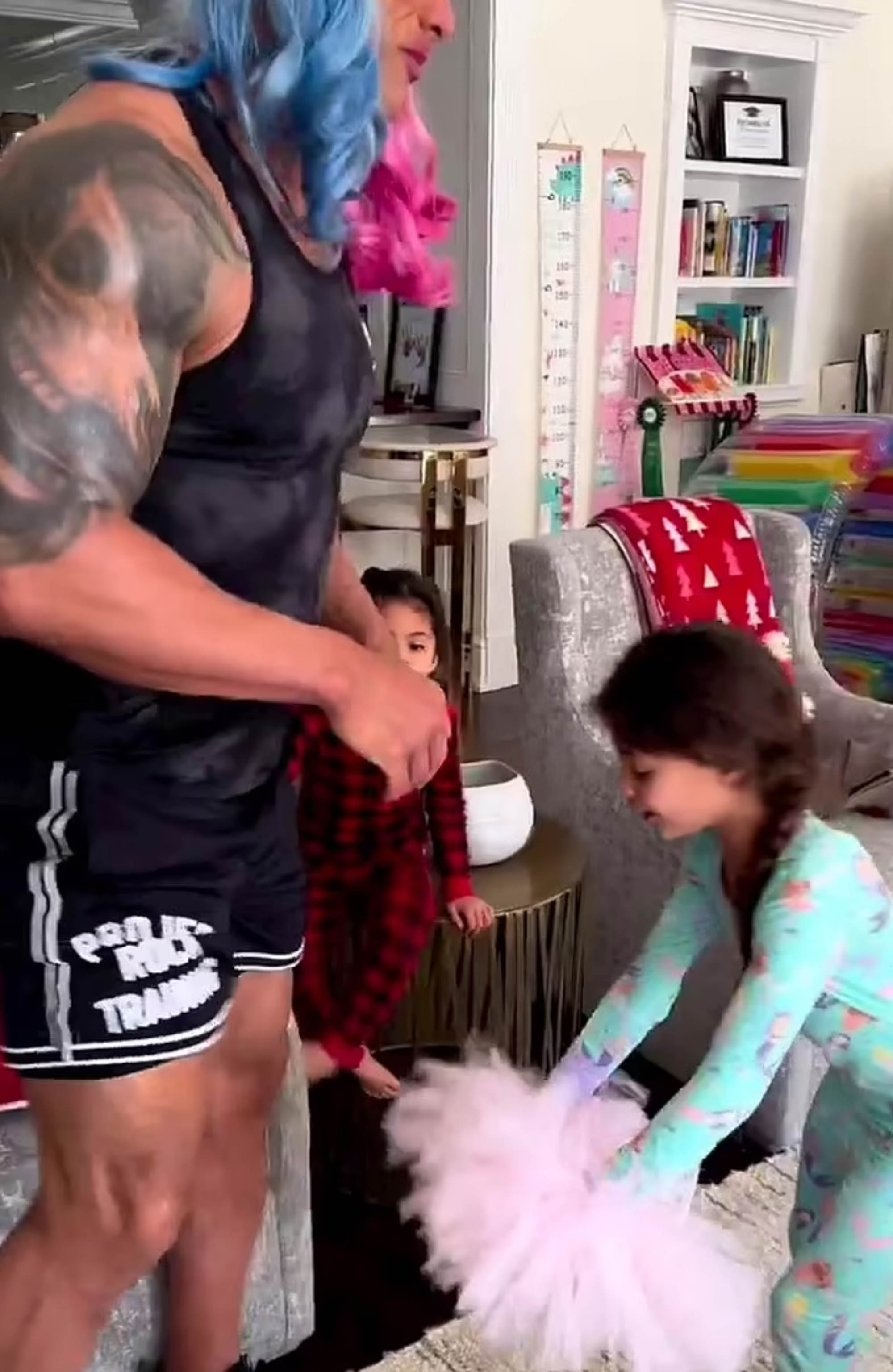 The makeover comes on the heels of some not-so-great news for Johnson regarding the “Black Adam” franchise.

Earlier this week, he announced on Twitter that the character’s sequel has been shelved. 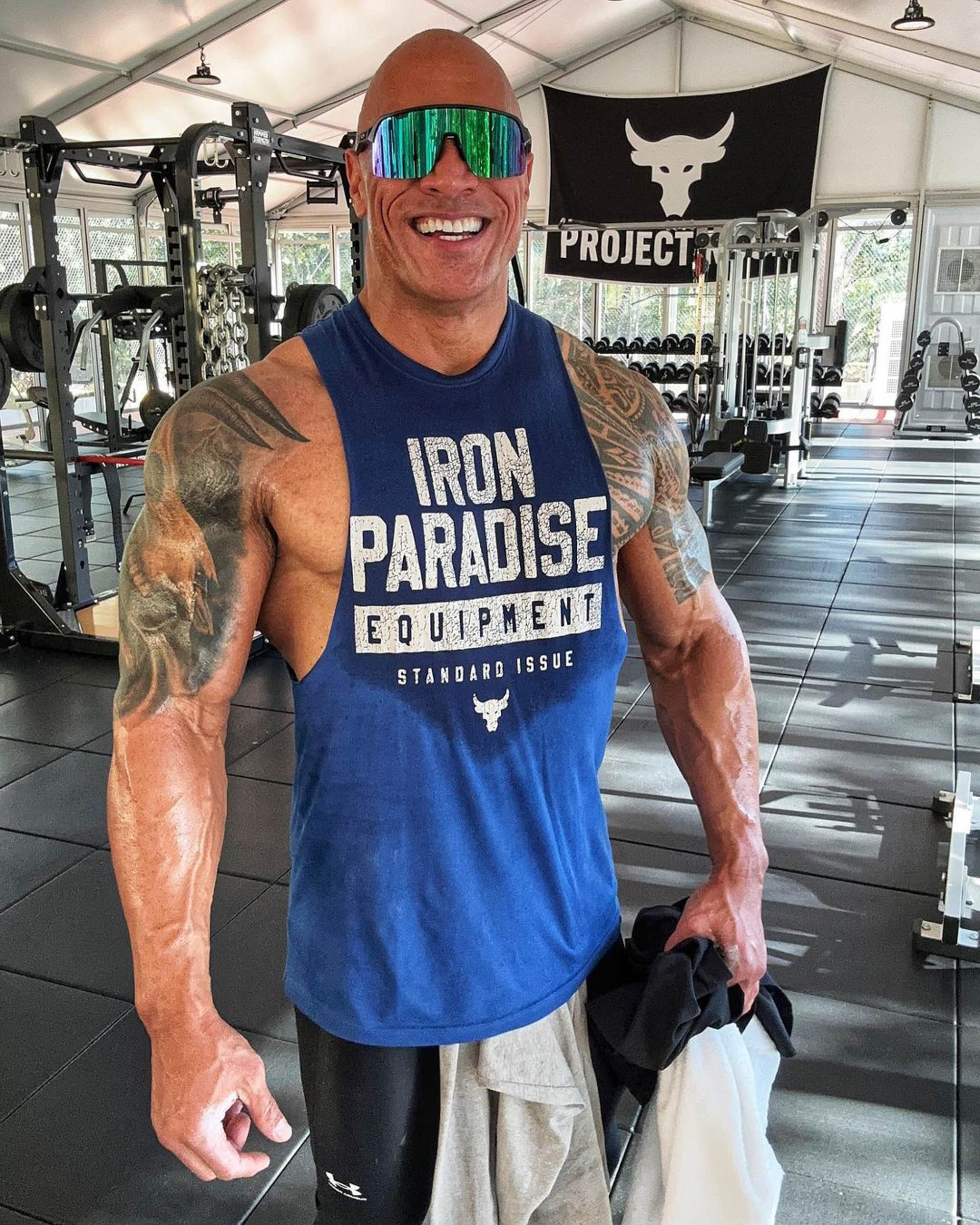 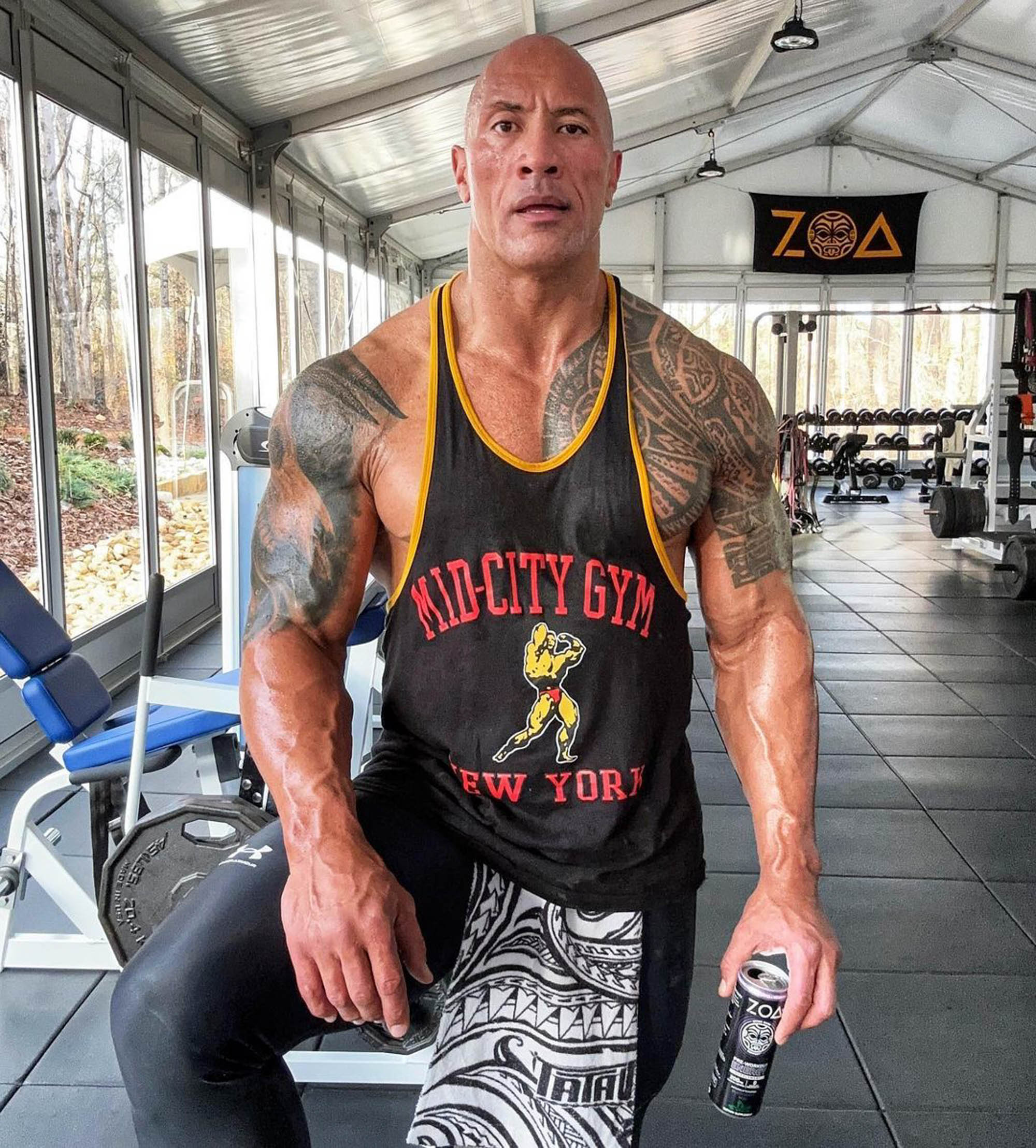 Johnson explained that the decision was made by the new head honchos at DC.

“After 15 years of relentless hard work to finally make ‘Black Adam,’ I’m very proud of the film we delivered for fans worldwide,” he wrote. “I will always look back on the fan reaction to ‘Black Adam’ with tremendous gratitude, humility and love.”

Johnson is also a father to 21-year-old daughter Simone, whom he shares with ex-wife Dany Garcia.