Home » Lifestyle » ‘Everyone gets a turn’: Bill Henson on the destructiveness of cancel culture

‘Everyone gets a turn’: Bill Henson on the destructiveness of cancel culture

One of Australia’s most famous photographers says so-called cancel culture is destroying work from the past at the expense of creating meaningful art in the future.

Henson, who prompted a controversy when his photographs of adolescent girls were seized by police and described by then prime minister Kevin Rudd as “revolting” in 2008, described pushes to remove the platforms of artists and art as “fascist revisionism, that’s my melodramatic description of it”. 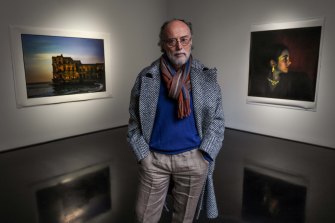 Photographer Bill Henson with a show of his works at Tolarno Galleries. Credit:Joe Armao

“The cancel culture needs to realise that the great challenge for them is not to destroy and pretend things didn’t happen, it’s to contribute something which will have lasting value and will add to the conversation,” Henson said.

Henson said while important conversations were happening about the consequences of colonisation, some were attempting to reprogram the past by erasing culture.

Revisiting the past is something Henson has been preoccupied with during the last 18 months. Unable to travel or photograph models in his studio during Melbourne’s extended lockdown, the photographer returned to his archive.

“It did send me back into a very easy place for me to be, an OCD place, doing a bit of tidying, labelling things… I found myself pretty busy and pretty constructive.” 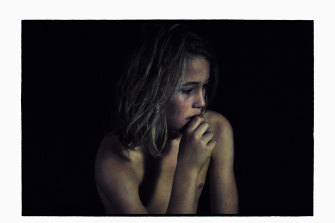 There he found images he loved, marked up in chinagraph pencil on contact proof sheets, and he set about finishing them. Twenty years on, Henson said, “I’m better at it, I can see how to resolve them.”

An exhibition of his previously unseen works opens on Saturday at Tolarno Galleries, including pieces from the Paris Opera Project, 1990-91, and the Lux et Nox, from the late 90s to 2003.

Henson doesn’t expect controversy, although one does tread similar ground to those that prompted the outcry more than a decade ago. 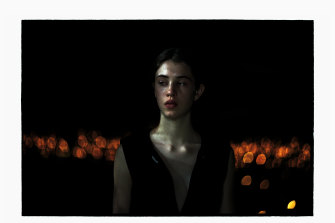 “For all we know, it might be my turn again at some point. Everyone gets a turn,” Henson said.

“Someone might yell because there are these great injustices but really, compared to the last several thousand years, [the present] is a very, very safe place to be.”

“At night when the sun goes down, there’s this glow and you look down, into a vast, white empty library – and it’s the site of the first Nazi book burning,” he said. “It’s a mind-bogglingly beautiful piece of contemporary art, it’s incredible.” 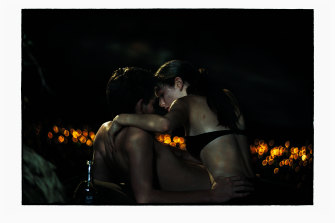 Henson said people need to concentrate on being constructive rather than destructive. “I’m not pointedly laying that at the feet of so-called cancel culture. Every parent will feel better if they’ve helped their kid build a billy cart or a cubby house with wood and nails,” he said. “You’ll feel better if you’ve laboured over it and your kids have helped, it’s just more fulfilling.”

Bill Henson is at Tolarno Galleries until July 24.