The hilarious moment a toddler threw his day-old sister off his lap so he could watch an ambulance go past the window has been caught on camera.

Little Benjamin Swanson was meeting his newborn sister Millie for the first time after mum Brittany, 26, brought her home from the hospital.

The mum-of-four wanted to film the cute introduction between baby Millie and her three-year-old big brother, but things didn’t quite go to plan.

The toddler is obsessed with ambulances and all of the emergency services, so when he heard the sirens coming from outside their home while he was holding Millie, his priorities changed.

The little boy unceremoniously shoved the baby off his lap so he could jump up and excitedly watch the vehicle whizz by, and he can be repeating: ‘I wanna see the ambulance!’ 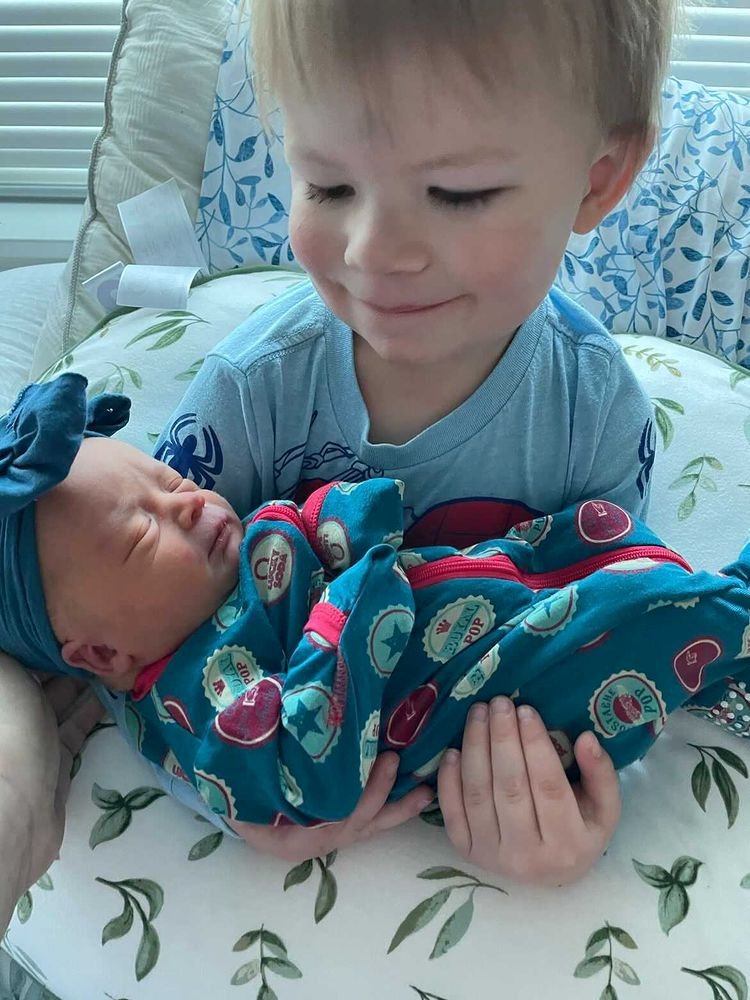 Brittany, from Corvallis, Montana, says: ‘Benjamin gets so excited to hear sirens and I knew what his reaction was going to be – he loves to see the vehicles the sirens come from.

‘We live right next to our local fire department so he runs up to the window every time – his excitement is always the same.’

But she added that Benjamin is actually ‘the best big brother’ to baby Millie, and asks to hold her all the time.

‘He did go right back to holding his sister once the ambulance passed,’ she says.

‘They have a great bond – he knows how to make her smile always.

‘He really had a torn heart trying to choose between his new sister or seeing the ambulance. In the end, he is a young boy – and of course that ambulance is more exciting.’

The hilarious video was filmed back in February – the day after baby Millie, now eight months old, was brought home from the hospital.