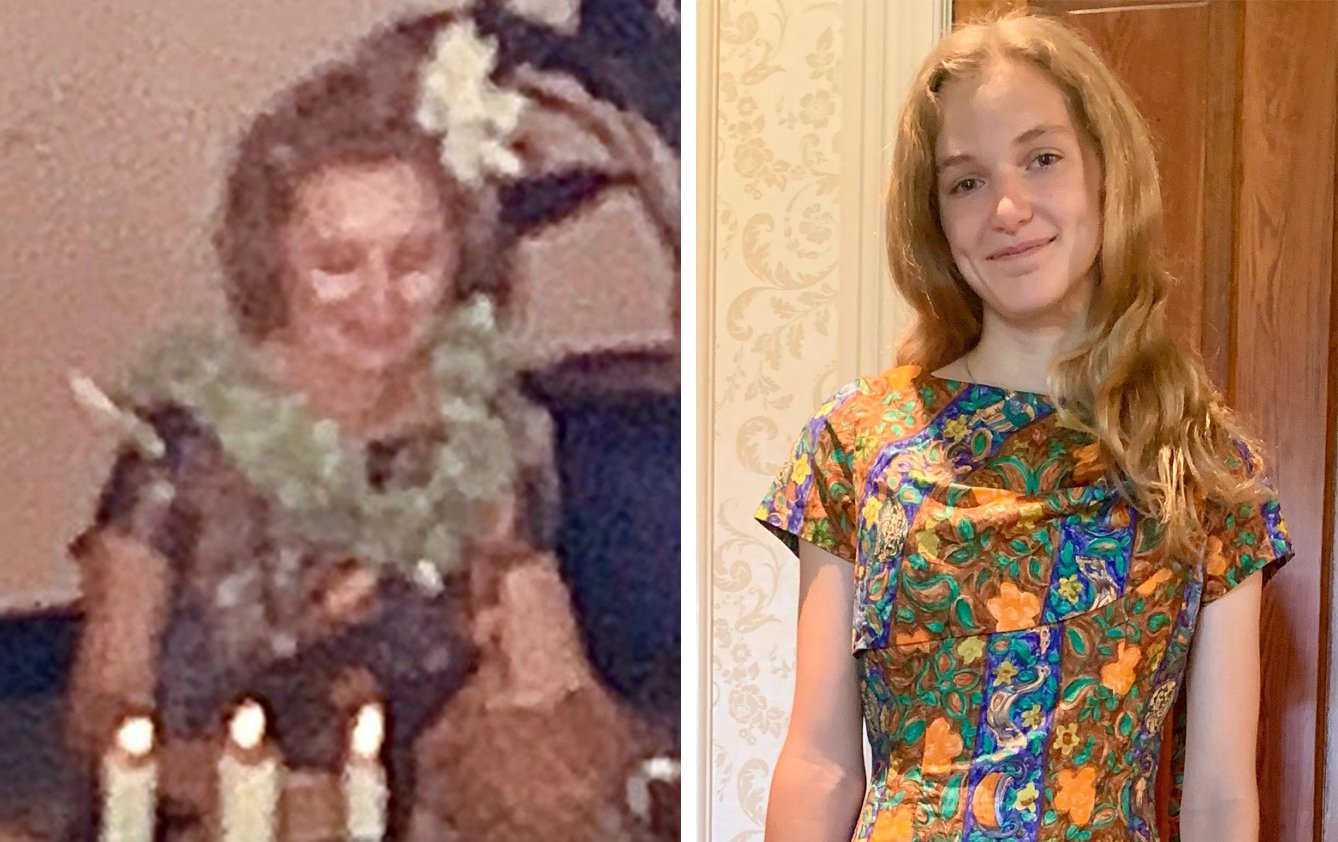 A couple who stumbled upon a real-life treasure chest of decades-old vintage clothing belonging to a late aunt say it was ‘like bringing a part of’ her back.

Angela Boyd Burch and her husband Edward were clearing out the attic of a family property in Georgia in the United States, when they noticed boxes stored in the corner.

They contained 70-year-old dresses, blouses, and shorts which mostly belonged to Edward’s late aunt, Margaret Burch Harton, who died in a car accident in 1986.

When Angela started opening all of the boxes, she felt like she was ‘stepping back in time.’

She adds: ‘I knew I had stumbled on to something special. It’s a real treasure chest.

‘I was completely in awe and so excited. I knew I was holding history in my hands.’

After giving the musty clothes a good clean, Angela asked their daughter, 16-year-old Isabelle, to try them on, having a feeling that she would love the timeless pieces.

The 52-year-old retired teacher said: ‘When she put on the yellow and orange dress, I could see her eyes light up – she kept the dress.

‘After seeing her dad’s reaction to her in one of the vintage lace dresses I managed to restore, I knew seeing her in these items was special to him.

‘It was like bringing a part of his aunt back for him.’

When looking at his daughter, he got ‘a glimpse of what my mother would have looked like when she was young.’

‘I know that all three women – my mother, my aunt, and my sister – would be happy to see her modelling all of these clothes,’ he added.

Angela snapped a few pictures of Isabelle in the clothing, sharing them to a vintage finds group on Facebook where she bought in more than 20,000 likes.

But it didn’t stop there: High school student Isabelle decided to keep wearing the dresses.

She says: ‘It’s so special to me that I get the opportunity to feel like my great aunt Margaret is living through me in a way.

‘Although I never got to meet her, by seeing her clothing I am able to better understand her life and legacy.

‘Just by seeing and wearing the articles of clothing from the 40s and 50s, I feel like I’ve been transported into that time which is very special to me.’