Australian scientists and entrepreneurs have begun rolling out a commercial solution to a major source of greenhouse gases with a seaweed feed to block gassy livestock burps, and promising results offering more than a whiff of global potential.

Two Australian companies, CH4 Global and Sea Forest, are kicking off world-first commercial trials with major dairy and beef companies of a feed supplement they say can enable the livestock to become carbon neutral. 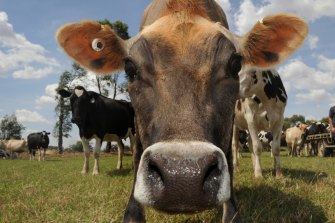 They are using intellectual property licensed to FutureFeed, CSIRO's commercial venture, for a feed additive made from the native asparagopsis seaweed species, which reduces livestock emissions by more than 80 per cent.

Market demand is being driven by farmers' response to social pressure to tackle climate change, and Australia’s red meat industry has committed to become carbon neutral by 2030.

As steady rain hits much of Australia's drought-hit pastoral lands, graziers are switching their focus from selling for slaughter to breeding, kicking off the long process of rebuilding the nation's livestock herds from their lowest numbers in decades.

But more cows and sheep mean more greenhouse gas. Their gassy burps are loaded with methane, generated by their digestion process that involves microorganisms including methanogens, which produce methane as a byproduct.

Livestock production generates around 10 per cent of Australia’s greenhouse gas emissions, according to CSIRO, and around 20 per cent of global emissions. 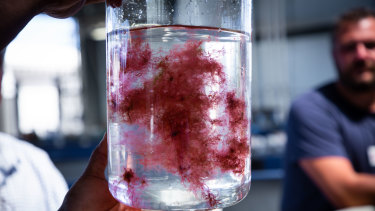 A feed supplement for livestock made from asparagopsis seaweed reduces livestock emissions by more than 80 per cent.

CSIRO scientist and Future Feed director Michael Battaglia explained that the asparagopsis has a "chemical that disrupts the last step in the breakdown process by the methanogens and stops them producing methane".

"They recognise the leverage this offers in trade negotiations, market access and access to competitive finance and insurance," Ms McRobert said. "Moves by significant agrifood corporate players are unambiguous market signals that Australian agriculture needs to be on the front foot when it comes to sustainability." 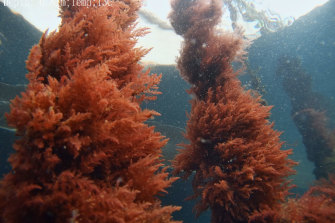 The asparagopsis seaweed being grown on converted mussel leases at Triabunna, Tasmania

"We are also engaged with or have spoken to virtually every major producer in the country," Mr Elsom said. "The interest in using the supplement and tackling climate change is enormous."

CH4 Global on South Australia's York Peninsula grows seaweed on both land-based facilities and offshore leases. It has an agreement in place with a South Australian abattoir and is supplying trials with sheep and dairy producers in Australia and New Zealand.

"It's not far-fetched stuff now, it's off the shelf technology," CH4 Global chief executive Adam Main said. "There's no downside to it, or impacts on other species. The seaweed creates fish habitat and improves water quality by filtering nutrients and run-off into the ocean."

Dr Battaglia said sales of the seaweed feed had begun in intensive livestock industries like feedlots at abattoirs and dairies, where livestock can be fed the supplement regularly, and techniques to feed free-ranging cattle was under investigation.

In Australia about 23 million head graze on rangelands, about 1.5 million in feedlots and 2 million in dairies.

END_OF_DOCUMENT_TOKEN_TO_BE_REPLACED

END_OF_DOCUMENT_TOKEN_TO_BE_REPLACED
Recent Posts
We and our partners use cookies on this site to improve our service, perform analytics, personalize advertising, measure advertising performance, and remember website preferences.Ok