Home » Lifestyle » Gatsby gets new life, but not in a way Fitzgerald might have imagined

Gatsby gets new life, but not in a way Fitzgerald might have imagined

It is one of the most famous last paragraphs in modern literature. F. Scott Fitzgerald ended The Great Gatsby with these memorable words: “So we beat on, boats against the current, borne back ceaselessly into the past.” And that, you would think, was that.

Nick by American novelist Michael Farris Smith, which is published in Australia this month, is a prequel imagining the narrator of Gatsby, Nick Carraway, years before he encounters Tom and Daisy Buchanan and Jay Gatsby in Fitzgerald’s classic. In his introduction, Farris Smith said he found “great comradery” with Carraway when he first read the novel, but learned hardly anything about him and “the thought occurred to me – it would be interesting if someone were to write his story. Almost before I could finish the thought, I knew that someone would be me.” 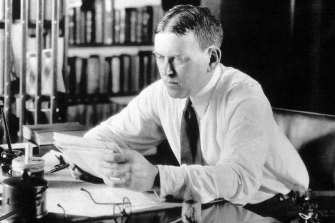 F. Scott Fitzgerald’s best-known work, The Great Gatsby, came out of copyright in the US on January 1 after 95 years of protection.Credit:Pictorial Press Ltd / Alamy Stock Photo

But Farris Smith was unable to publish the novel, which he finished in 2015, because of the copyright laws. (Unlike Ann Randall, who was sued for breach of copyright by the estate of Margaret Mitchell when her take on Gone With the Wind, The Wind Done Gone, came out.) So it was not until January 5 this year that Nick could appear in bookshops – four days after what’s known in the US as public domain day, on which a variety of books, including Gatsby, films and music came out of copyright.

And there’s Tell Me My Name by Amy Reed, published in the US this month, which its publisher describes as a “gender-flipped YA Great Gatsby” in which the Carraway character becomes Fern living on wealthy Commodore Island where she “is watching and waiting — for summer, for college, for her childhood best friend to decide he loves her. Then Ivy Avila lands on the island like a falling star.“

Other books published in 1925 and joining Gatsby in the US public domain include Virginia Woolf’s Mrs Dalloway; Ernest Hemingway’s first book, In Our Time; the German original of Franz Kafka’s The Trial; John Dos Passos’ Manhattan Transfer; and Theodore Dreiser’s An American Tragedy.

In Britain works by authors such as George Orwell and George Bernard Shaw, both of whom died in 1950, are out of copyright.

Next year in the US is likely to see less excitement – the work of Sinclair Lewis, French Nobel laureate Andre Gide and Austrian philosopher Ludwig Wittgenstein will be out of copyright, but it’s hard to imagine a YA version of the latter’s Tractatus Logico-Philosophicus appearing.

First published in 1925, Gatsby should have come out of copyright in 2001 but the US Congress extended copyright in 1998 to works published between 1923 and 1977 for an additional 25 years (making it 95 for Gatsby in total). 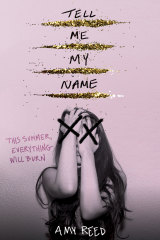 In Australia, the Copyright Council says “the rules now are that copyright generally lasts for the life of the creator plus 70 years and where duration depends on year of publication, it lasts until 70 years after it is first published”.

The change from 50 years to 70 years was made in 2005 as a result of the Free Trade Agreement with the US, but it did not reinstate copyright on works that had already entered the public domain in Australia, which explains how Text, for example, was able to publish Gatsby and editions of several Orwell works a few years ago. It also means that in Australia no literary works will come out of copyright until 2026 as those written by authors who died before 1955 are already in the public domain.

There’s nothing new in writers reworking characters and plots created by someone else. Shakespeare made an art of it and it’s been done to him many times – think what Leonard Bernstein and Stephen Sondheim did in West Side Story.

Jean Rhys saw the appeal of the secrecy surrounding Mr Rochester’s wife in Jane Eyre to create a brilliant, postcolonial response to Charlotte Bronte’s classic in Wide Sargasso Sea. And Bronte is still inspiring more writers: The Wife Upstairs by Rachel Hawkins, which was published in January, has Jane as a dogwalker in suburban Alabama getting involved with the mysterious Eddie Rochester.

When it comes to fan fiction, copyright doesn’t really come into play as the material is rarely published other than on a variety of websites. While there is masses of it, none is likely to have the success that E.L. James had with her play on Stephenie Meyer’s Twilight characters. Her radical reworking of Edward and Bella turned them into Ana and Christian in the Fifty Shades of Grey trilogy – global sales north of 125 million.

As Shakespeare put it in Sonnet 76: “So all my best is dressing old worlds new,/ Spending again what is already spent.”

A weekly read for book lovers from Jason Steger. Sign up now.