There is growing confidence the economy will bounce out of Delta-related lockdowns that shuttered NSW and Victoria, with non-mining businesses preparing to invest near-record amounts of money into their operations as people rush back into the jobs market.

Australian Bureau of Statistics data on Thursday show during recent lockdowns, businesses in sectors from retail to hospitality ramped up by 10 per cent their spending plans for the current financial year, pointing to a solid pipeline of investment work across the country. 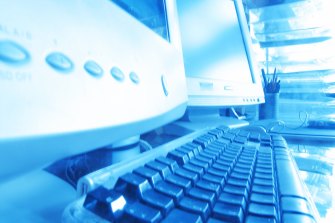 Non-miners expect to spend almost $100 billion through 2021-22 on capital works and equipment.Credit:Dreamstime

Non-miners expect to spend almost $100 billion through 2021-22 on capital works and equipment while the mining sector is forecasting spending of $41.8 billion. Combined, it would be a 16 per cent lift on last financial year.

The lift in spending would follow a drop in the September quarter when lockdowns hit the nation’s two largest economies. In NSW, spending on capital dropped 8.5 per cent in the quarter while in Victoria, it slipped by 1.6 per cent. Despite the quarterly falls, it was up 12.8 per cent and 19.2 per cent respectively over the past 12 months.

The combination of government stimulus and record low interest rates is powering smaller jurisdictions, with capital spending in Tasmania and the Northern Territory up by more than 60 per cent.

ANZ economists Adelaide Timbrell and Catherine Birch said the figures, which would hit growth in the September-quarter national accounts due out next week, showed the post-lockdown period was promising.

“This suggests firms have shrugged off the short-term impact of the lockdowns and we should see a return to strong capex growth in coming quarters,” they said.

Separate figures from the ABS showed a 1.4 per cent lift in the number of people on company payrolls in the fortnight to the end of October. That followed a 1.7 per cent increase in the preceding fortnight.

There was strong growth in Victoria (up 2.6 per cent), NSW (1.9 per cent) and the ACT (4.4 per cent), backing up solid results in each jurisdiction through the first half of October.

Nationally, total payroll numbers are just 0.1 per cent below their pre-Delta peak reached in late May.

The federal Treasury and Reserve Bank have been expecting a hit to economic growth of up to 3 per cent in the September quarter.

But EY chief economist Jo Masters said it now appeared that while the economy did contract due to the September-quarter lockdowns, the situation was not as dire as initially feared.

She said combined with other signs from banking spending and mobility data, it looked like the economy was roaring out of the September quarter.

“The good news keeps coming for the economy just in time for Christmas. Businesses are primed for a wave of investment over the coming months and the labour market momentum has continued to improve,” she said.