Gone are the days when fans turned up and devoured a meat pie and downed a pint before singing their hearts out on the terracing. Fans of Forest Green Rovers (FGR) can still have a pint but they are offered only vegan food – and it sells like hot cakes. Gloucestershire-based Rovers were officially recognised as the world’s first vegan football club in 2017.

In 2018, they were recognised by the UN as the world’s greenest football club thanks to being certified carbon neutral and initiatives such as solar panels on the stadium roof, electric car charge points and a solar-powered robotic lawnmower.

Meanwhile the club that is fighting for promotion from League Two has extended its vegan message not just to fans but to its own players and other teams.

On match days it serves vegan meals only, such as plant-based burgers, Quorn’s Q-Pie and pasties in a bid to help the planet, human health and animal welfare.

And the players eat only vegan when they are at the club, say after a tough morning’s training.

In 2015, the club replaced its menu with fresh, vegan food for fans visiting home games in Nailsworth, Glouc., in a bid to give them “healthier and tastier” matchday food.

Club chairman Dale Vince, 59, the founder of green energy firm Ecotricity, said: “I like to think we haven’t just made a new football club but we’ve created a new kind of football fan and that’s really special. 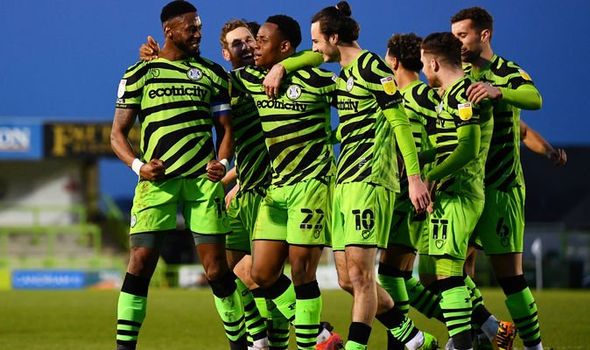 “Food was an emotional issue for a few people to begin with and there’s a culture around football of machoism and meat-eating, but not for everybody, of course. “Over the 10 years we’ve been doing this, we’ve changed the demographic of our fan base. It’s grown four fold, and match day attendance has grown five fold.

“We said ‘a home game is two hours a fortnight on average. Don’t come to a game and expect to eat what you normally eat. Come try something different’. Our fans did and they love it. Many have gone vegan, they buy electric cars and they’ve embraced the whole thing.”

Meanwhile vegan and vegetarian diets are linked to claims of increased fitness, quick recovery and reduced injury among players.

Defender Dom Bernard, 24, is vegan and began his transition away from meat and fish because of his animal-loving girlfriend before joining the team.

He told how he has not suffered any injuries and reported increased energy levels.

Dom added: “I thought I could never give up chicken and steak, but then I actually got into learning more about meals, and watching stuff on Netflix and Youtube. When I got to Forest Green, I saw ‘there is a simpler way to eat’.

“It only took me a few videos to see that you don’t really see behind the scenes of how food is actually being produced. That was the first step for me.

“It’s been two years since I became vegan. I thought it would never last this long but it’s become a normality for me and it’s a way of life.”

The footballer described how he believes other clubs will begin offering more plant-based meals after realising the benefits.

Some of the world’s top footballers have been associated with a vegan diet during the playing season, including Barcelona’s Lionel Messi and Manchester City’s Sergio Agüero.

Dom, whose friends immediately asked him “is it all vegan?” when he signed with the team in July 2019, said: “I don’t see me doing that transition back [to eating meat]. I think I’ve got my diet where I want it to be. It’s the first time I know what I’m doing and what’s going into my body. I can’t see me going back to my old ways.”

The Rovers’ players are provided with vegan, carbohydrate-rich meals before each game prepared by the team’s head chef Jade Crawford, followed by protein-rich meals afterwards. 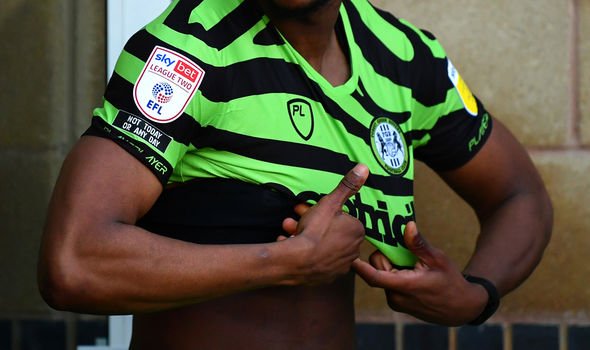 She said: “Food can help with energy levels. That’s what lots of the players have reported. Animal products take a while to digest so plant-based food fills you up for longer but you digest it a lot quicker. You don’t get that stodgy feeling which is probably where the better energy levels come from as well.”

Jade, who has worked for the club since 2018, told how if everyone could cut down their meat consumption, it would make such a difference.

She added: “Obviously people crave meat and fish, but we’re lucky that we have substitutes these days.

“If you’re a big meat eater, try some alternatives to start with and see how you get on. It’s about eating healthier and doing what’s better for you, your health and the environment.”

Dale suggested people try having one meatless meal now and again, or avoiding meat for one day each week.

He added: “You’ve got nothing to lose and everything to gain because it’s a world of different taste experiences. It’s definitely better for your health – there’s such a body of scientific and medical evidence for that – and better for the planet as well, clearly it’s better for animals.

“Once you start, you don’t want to stop.”