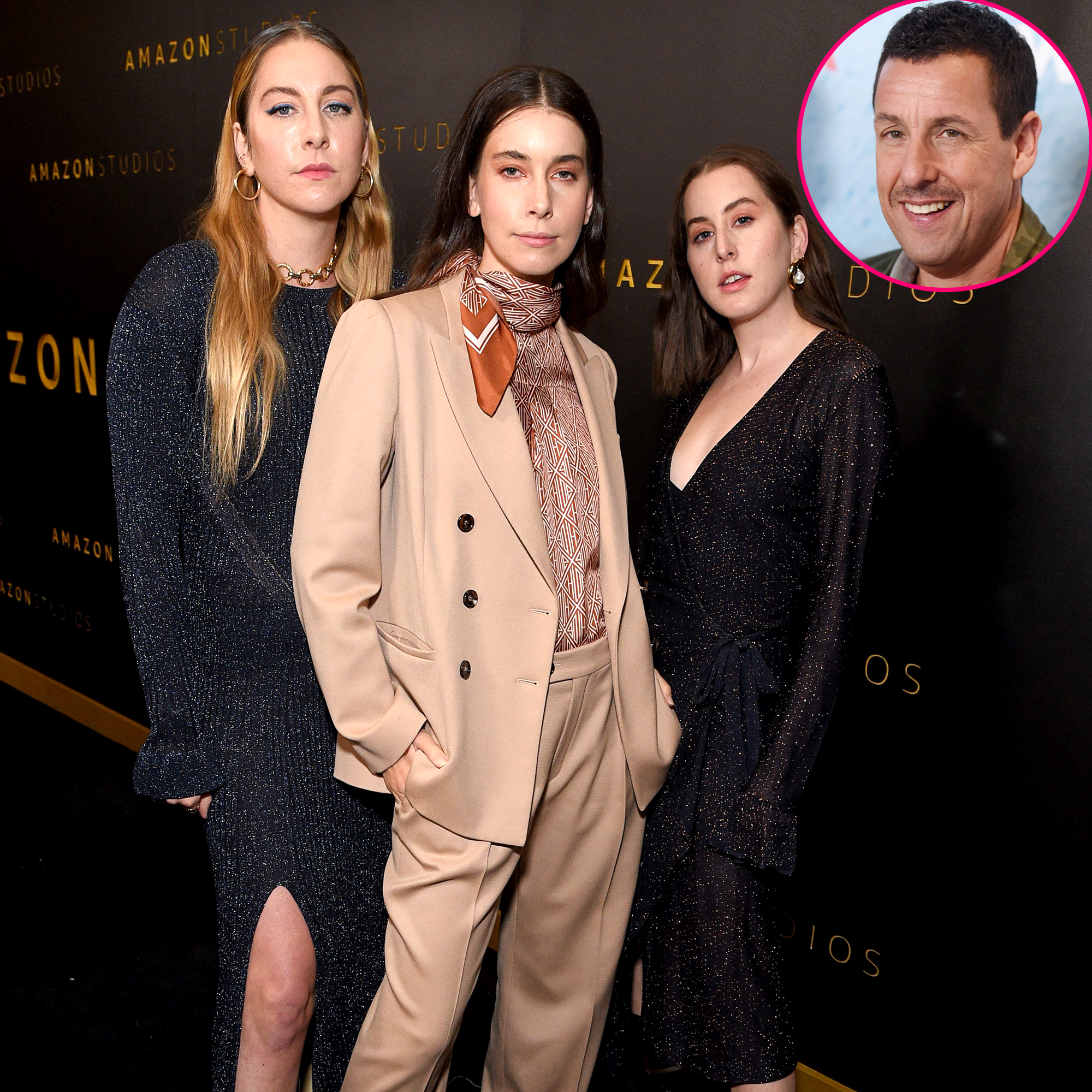 Yarmulkes on! While Adam Sandler’s “The Chanukah Song” has been a holiday stable ever since he first performed it on Saturday Night Live in 1994, Haim put a modern spin on the number this year.

“Maya Rudolph lights the menorah,” the Haim sisters — Este, Danielle and Alana — crooned their updated version in a Friday, December 3, Twitter video. “So does Japanese breakfast and the [Aaron and Bryce] Dessners do the Hora. Guess who eats together at the famous Canter’s deli? Rashida and Kidada Jones, Eugene and Dan Levy.”

They continued in their song: “Doja Cat‘s half-Jewish, Chalamet is half, too. Put ‘em both together, what a fine lookin’ Jew! So, don’t get Omicronukkah on this lovely, lovely Chanukah. RIP Stephen Sondheimukkah, we love you on this Chanukah. If you really, really wannukkah have a happy, happy, happy Chanukah!”

After the sisters proclaimed that their musical moment was “really fun,” they captioned their tweet, “Sandler we love you.”

The Wedding Singer star, 55, for his part, shared his endorsement of the group’s update, tweeting later on Friday, “Love you ladies! You are three badass jews! See you on tour!”

Sandler initially shared the holiday tune on the late-night NBC series during his tenure as a cast member.

“When I was a kid, this time of year always made me feel a little left out because in school there were so many Christmas songs and all us Jewish kids had was the song ‘Dreidel, Dreidel, Dreidel,’” the Murder Mystery actor explained before his debut SNL performance. “So I wrote a brand new Chanukah song for you Jewish kids to sing and I hope you like it.”

After more than 25 years of Sandler’s song reigning as the top Chanukah song, he was more than ready to pass the baton.

“That’s a long time for one song,” the Uncut Gems actor said during a December 2019 interview on the Ellen DeGeneres Show. “If there are any other Jewish people out there who want to write a new one, that’d be great. I’d love to share the Chanukah spirit with you.”

The sisters, who are also Jewish, have celebrated the festival of lights throughout the week via social media with music, giveaways, funky hats and a call for Planned Parenthood donations.

For its fourth day, the musical group wanted to do something special.

“Haimukkah day 4: this time we’re asking for a gift — link in stories to donate to @plannedparenthood,” a Friday Instagram post read. “Womens rights are under attack, like never before. this week the Supreme Court heard oral arguments for Dobbs v. Jackson Women’s Health Organization, a challenge to a Mississippi law that bans abortion at 15 weeks of pregnancy — that could unravel the right to an abortion currently guaranteed by Roe v. Wade, and almost all abortions have been banned in Texas for 3 months. @plannedparenthood needs donations now more than ever. as a bonus, we’re giving away the @canters_deli aprons we wore on the cover of WIMPIII (signed) !! just comment when you’re done and even better, tag us in your stories with a confirmation of your donation (u can block out the amount – anything helps).”