Heidi Klum Shares NSFW Story of Worst Date Ever: It Was 'Very Memorable'

A truly harrowing story. Heidi Klum recalled her worst date ever — and it certainly sounds like one she’ll never forget.

“I had one weird date where we went to a movie theater, and you know these big buckets of popcorn?” the supermodel, 49, said during a Thursday, August 18, Jimmy Kimmel Live! appearance. “So, he was holding the popcorn, which I thought was already strange. Like, why do I always have to reach over? Like, why don’t you reach over?”

The inconvenient access method soon turned out to be the least of her worries, however. “I’m reaching over and I’m eating the popcorn, and then all of a sudden there’s a hot dog in the popcorn,” the Project Runway alum explained. “But it was attached! The hot dog that’s still attached.”

Guest host Nicole Byer agreed that the incident was troubling. “I could imagine that it’s memorable,” the Nailed It! host quipped. “It’s something you talk about in therapy. That’s tough. But, maybe, AMC will have another commercial with Nicole Kidman and she’s like, ‘You can get a hot dog in your popcorn.’” 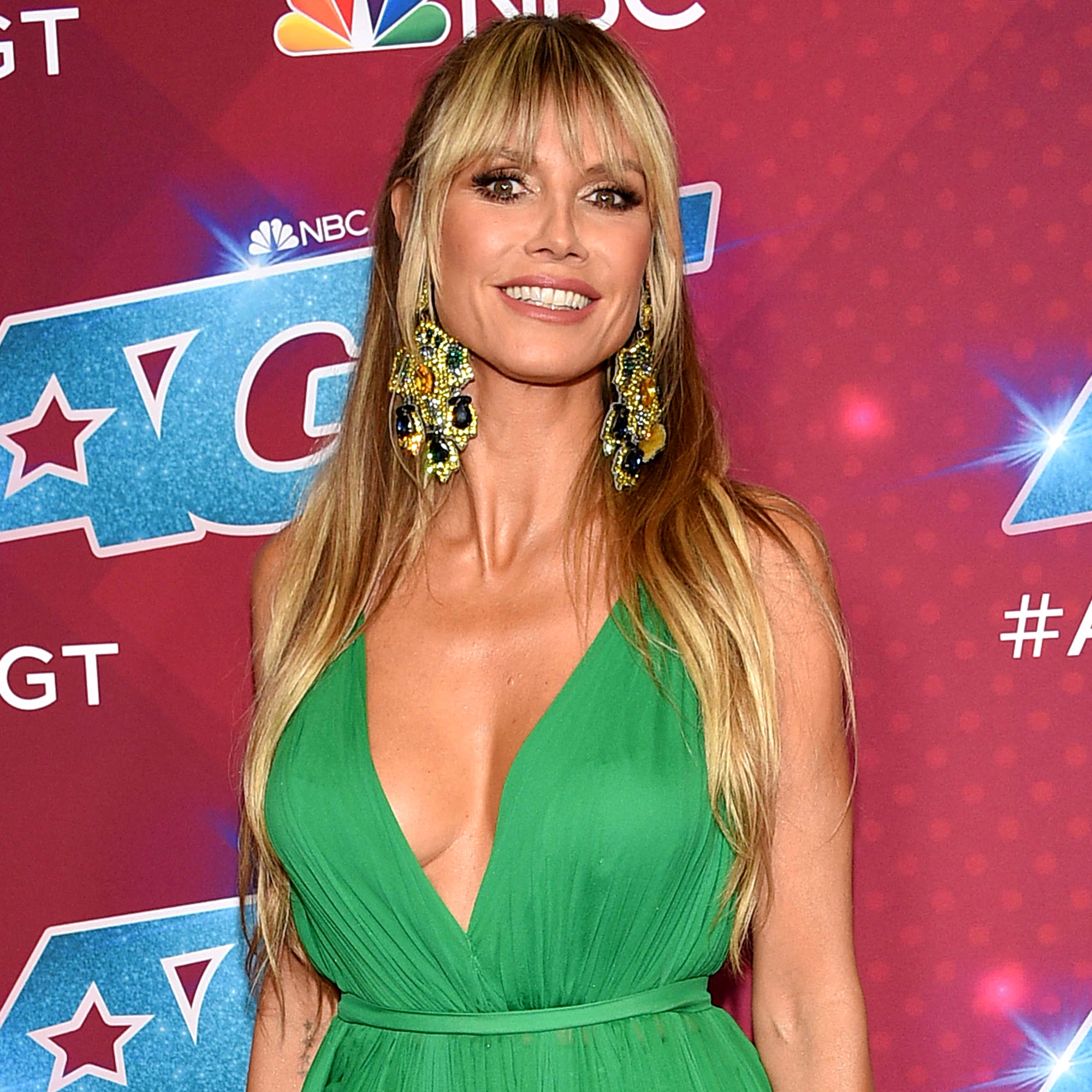 Klum added: “That was very strange. That was a first for me. Never happened again, but it’s very memorable.”

Later in the interview, Byer asked the Germany native to share her secret to a successful marriage. The America’s Got Talent judge tied the knot with Tom Kaulitz in 2019 after one year of dating.

“You have to exercise a lot with your husband,” Klum joked as Byer noted that “exercise” was really code for “sex.” The Making the Cut host added: “I mean, it’s kind of working very well for us.”

Earlier this year, the fashion icon gushed over the Tokio Hotel guitarist, 32, and his parenting skills. When Klum and Kaulitz married, the musician became the stepfather of her four kids with ex-husband Seal: Leni, 18, Henry, 16, Johan, 15, and Lou, 12.

“He’s amazing,” the “Chai Tea With Heidi” songstress exclusively told Us Weekly of her husband in January. “I’m sure it’s not easy to step into an immediate family, having all of a sudden four kids and teenagers. They were easier when they were younger, for sure. Every age comes with its challenges.”

Klum also noted that Kaulitz taught Leni to drive and was repeating the process with Henry. “It’s beautiful,” she added. “It’s fun. I mean, so far, so good.”

The couple — who secretly wed in February 2019 before having a larger ceremony six months later —celebrated their third wedding anniversary earlier this year. “It flew by, but it feels like a lifetime already,” Klum told E! News’ Daily Pop earlier this month. “I just know him so well. We just gel really well. I just feel like, ‘Finally, I found the one.’ So far, so good. I hope it stays that way.”