That was muy rapido.

Hilaria Baldwin seemed bleary-eyed and on the verge of tears as she apparently vowed on Instagram on Sunday to take a “long’’ break from the site amid accusations she has pretended to be Spanish — and lasted all of three hours before posting eight more times.

“I said my piece. I’m gonna … I’m so tired,’’ the beleaguered hip-bending wife of actor Alec Baldwin said in a video posted around 2 p.m. Sunday.

“I’m going to go back to my family because I’ve not been a very good mommy, spending a lot of time focusing on this,’’ the 36-year-old mother of five said. “I’m going to sign off for a long time.’’

She then proceeded to post a slew of photos, including some of her kids and a sunset, Sunday into Monday.

The yoga instructor found herself in a twist when Twitter user @lenibrisco wrote last week, “You have to admire Hilaria Baldwin’s commitment to her decade long grift where she impersonates a Spanish person.”

The tweet sparked an online uproar as a deluge of people began questioning Hilaria’s heritage and her at the very least questionable murky past behavior involving her ancestry.

Video began popping up of Hilaria alternately speaking with a thick Spanish accent and seamless English — while her biography page on one of her own websites says she “was born in Mallorca, Spain and raised in Boston, Massachusetts.”

The yoga expert was finally forced to take to Instagram early Sunday to cop to being a white girl from Boston who changed her name from Hillary.

“Yes I am a white girl, my family is white … Europe has a lot of white people in them,’’ Hilaria said on the video.

Still, “ethnically, I am a mix of many, many things,’’ the celeb insisted.

On her name switch, she said, “When I was growing up, in this country I would use the name Hillary, and in Spain, I would use Hilaria, and my family, my parents, call me Hilaria.” 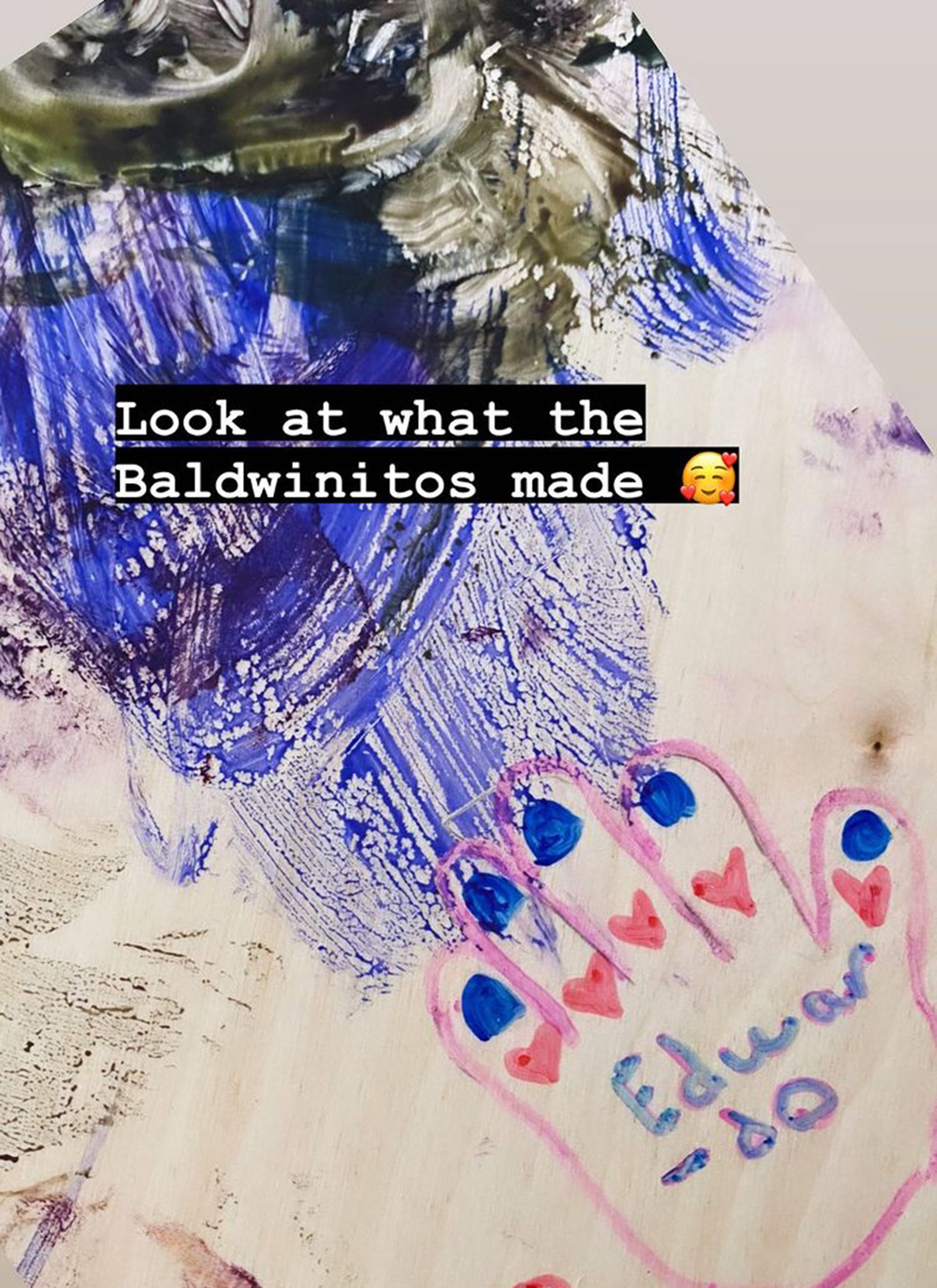 She said that a few years before she met her husband, she decided some things needed to be “consolidated’’ in her life, so she switched to Hilaria for both cultures because that’s what her parents, David Thomas and Dr. Kathryn Hayward, call her.

“One of the things I love about what my parents called me, it means ‘happy’ in both languages,’’ she said of the name Hilaria. “We can all be really clear that it’s the same name [as Hillary]. It’s just a few letters different. We shouldn’t be so upset about it.

“Whatever you guys want to call me, I will respond to both,” Hilaria said — adding, “Ultimately, this boils down to this idea where this is a country of a lot of different cultures, and I think that we can be different parts of ourselves with different people.

“I am somebody who I feel really lucky that I grew up with two cultures, I grew up speaking two languages,” she said.

As for her vacillating accent, Hilaria said, “I am that person, if I’ve been speaking a lot of Spanish, I tend to mix them or if I’m speaking a lot of English, I mix that, it’s one of those things I’ve always been a bit insecure about.”

She said she tries to “enunciate” for work but added that if she becomes “nervous or upset,” she starts to mix the two languages.

“It’s not something I’m playing at. … I want that to be very, very clear,” she said.

Just before the later Instagram video Sunday in which Hilaria claimed to be too overwhelmed with the ancestry fallout to continue to post, she put up what appeared to be a text from her brother — written to her in Spanish.

“You don’t have to explain more to anyone,’’ the note said. “You were a girl born in Boston raised with two cultures, and you are you, unique and marvelous.’’

Hilaria wrote above the text in English, “When I’m sad, I always have my big brother.

END_OF_DOCUMENT_TOKEN_TO_BE_REPLACED

Parents react to Biden planning executive order on reopening schools A panel of parents give there take on the president’s move to reopen schools on ‘Fox &amp; Friends.’ CHICAGO (AP) — The Chicago Teachers Union said Sunday that its members voted to defy an order to return to the classroom

END_OF_DOCUMENT_TOKEN_TO_BE_REPLACED

END_OF_DOCUMENT_TOKEN_TO_BE_REPLACED
Recent Posts
We and our partners use cookies on this site to improve our service, perform analytics, personalize advertising, measure advertising performance, and remember website preferences.Ok