Being inside Clem Bastow’s head is, at times, like living in a horror movie. While most of us have moments of anxiety, her imagination takes it to the next level. The Melbourne-based writer says it’s a trait shared by many autistic people. 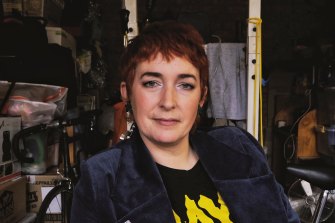 Journalist turned autism advocate Clem Bastow says there is great beauty in “becoming”, and asking ‘who is my true autistic self’.Credit:Luis Ascui

“We are uniquely talented at imagining the worst-case scenario. It’s so innate to me I don’t realise it is shocking for other people to hear about it,” she says.

It’s one of the most startling revelations in her new book, Late Bloomer. ”Disaster, catastrophe, strangers murdering my dog, blunt-force trauma, rape, torture; this is the daily texture of my existence,” she writes, in one of many such insights.

At night, Bastow has what she calls “Roland Emmerich dreams” after the director of Independence Day and Godzilla, who creates end-of-the-world nightmare visions.

“It’s because you don’t understand your place in the world you inevitably see yourself as defective. You think, ‘I must be wrecked’. That’s a reason people seek diagnosis later in life… it’s constantly there,” she says, adding that most autistic people suffer from anxiety.

The memoir traces her life from childhood until now, liberally accompanied by research into autism. It’s illuminating, funny and accessible – the best kind of non-fiction, which reads like a novel. She lays herself bare, relating major difficulties growing up, in relationships, at school, in the workplace, dating and socially – with anxiety a common thread through it all. 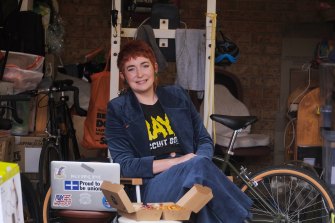 Bastow, on Zoom from her garage, has devoted a whole chapter in her book on her experience with food.Credit:Luis Ascui

It’s divided into themes and food is given an entire chapter. Issues with food is a common with autism, often sensory related: Bastow is obsessed with dryness and sliminess. As a kid, she adored Bugs Bunny chicken nuggets courtesy of Looney Tunes’ frozen meals and for years she ate cheese balls with a spoon because she couldn’t stand the feel of orange goo on her fingers.

We’re lunching via Zoom with takeaway from her local favourite, Assembly Ground cafe in Essendon. Bastow has jackfruit tacos and a Coke, I have a salmon bowl and a green juice, we both have chips; it’s a step-up from standard cafe fare. “In this household we are card-carrying fans of those chips,” she says.

A journalist by profession, she’s “a free-ranging hen” work wise. Writing music reviews was her starting point, then entertainment journalism, including a stint in LA, and then several years as a columnist for Fairfax, writing feminist commentary. In Late Bloomer, she sees the irony of offering dating advice when she did not enjoy the process herself, was often ambivalent about men and later came out as queer.

The book makes a political statement, reclaiming ground as per the #OwnVoices movement. “Autistic people are often the objects; we don’t get to tell our own story very often. It was a way of saying ‘look at all of this data that exists about us – and not by or for us’.” 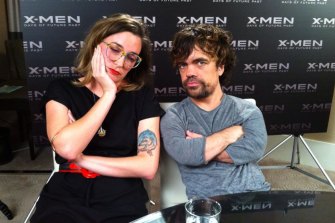 Bastow and actor Peter Dinklage on a media junket in 2014.

Treatment for autism has revolved around extincting – that’s the medical term – autistic behaviours. Early diagnosis may have meant Bastow was subjected to this process, as well as other questionable practices. “How do you feel about two-year-olds being confronted with terrifying things, just to see if they have different responses to other children?”

An estimated one in 70 Australians are on the spectrum, around 353,880 people, according to Autism Spectrum Australia, although many more remain undiagnosed. It is four times more common in boys than girls. “For me, sometimes it’s a surprise to people because in this environment [on Zoom] or when I’m teaching or performing because I’m comfortable in it, I’m fine, but when I’m on the phone to Centrelink or at the shops or in many other situations …”

The title was inspired by Bastow being diagnosed at 36. Cue a massive deep dive into the subject. “That’s one of the things about me, which I think is representative of the autistic engagement with the world, finding something out about something, and then having to know absolutely everything about it,” she says.

As a child, she was obsessed with dinosaurs, sparkly things, movies, music and dressing up – some of which continue into adulthood; her latest hobby is BMX riding, a perfect lockdown pursuit. 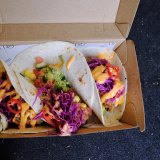 Despite difficulties at school, Bastow was considered gifted in the subjects she was interested in. Maths was not one of them; one teacher memorably contacted her parents to ask if there’d been a death in the family that caused her to be so bad at it and so disengaged. She dropped out of university several times, finding it too difficult to navigate, so much so that when she completed her Masters in Screenwriting in 2017, “I felt like I’d used the cheat card”.

Now a teacher of screenwriting at Melbourne University, she is doing a PhD in action cinema and autism at RMIT; she is a co-host of Superfluity on Triple R.

Part of diagnosis coming so late – “the nice version” – is that at home she was loved and accepted for who she was. “At home we were all pretty eccentric and many of our friends were too so, in the context of that world, I didn’t seem that different. It was ‘that’s just Clem’s thing’.”

Being diagnosed was a huge moment, “really a planets aligning thing”. “There are next to no adult supports in Australia, no specialists who diagnose and it’s really expensive,” she says. “If you are not Rain Man – a straight, white 30-year-old guy – that process becomes more and more difficult.”

The 1988 movie starring Dustin Hoffman as the idiot savant in the title role comes up several times in conversation. A smash hit, it has had a lasting impact on the way society perceives autistic people. “So much of that film is presented as this problem to be solved. And in the end, well, here’s a person who could never exist in the real world and off he goes back to his institution and Tom Cruise can go off and enjoy his romance.”

More recently, locally, there’s been Love on the Spectrum, series two of which was more representative than the first. Bastow loved the individuals on the show but has an issue with the framing, which suggests “of course these people can’t get a date”. In Josh Thomas’ Everything’s Going to be Okay, Kayla Cromer, an autistic actress, plays an autistic character; Thomas revealed he was autistic earlier this year. Like other diverse voices, there is a push for #ActuallyAutistic people to determine how they are portrayed. 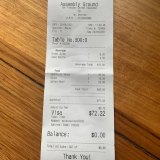 Bastow says she wrote her way to diagnosis; while working on a script for a movie she started to see herself reflected in a lot of literature. “I was writing this character and as I was reading I started to see oh, this feels very familiar.”

To people worrying about getting assessed – or having children assessed – who fear they might be labelled, Bastow says what you end up being labelled, whether in the playground or the workforce, is far worse. She reached crisis point: “Things in my life were going to become untenable if they weren’t already.”

“You spend so much energy over a lifetime suppressing these behaviours, it gets to make or break. I was having these experiences that I just couldn’t understand, I didn’t have any explanation for them.” Initially super positive, she then went through “almost like stages of grief but in reverse”. “Then there’s this process of unpacking, if only I had understood this earlier, what would life have been like.”

Bastow argues as a society we need to understand the autistic person’s perspective, to accept differences rather than trying to bend them into a particular mould. As one example, she questions the classic narrative of an autistic child never saying I love you. “They are saying it every day, they’re just not saying it in words. It might be that a kid wants to share a special something with you or do a dance or is doing really happy stimming, so trying to look for those ways in which autistic kids are already communicating with you rather than putting a high premium on particular types of communication and types of existing in the world.”

There is great beauty in “becoming” she says, and asking who is my true autistic self. Post diagnosis she has started to peel back the layers of the facade built up over decades and admits it has been bittersweet. “People who have known this about themselves earlier have been able to foster a sense of pride about [it]. I look at some of my autistic friends and … it’s remarkable the level of pride and acceptance about themselves because they’ve grown up with this knowledge that they are not broken or defective. They just know that they are different.”