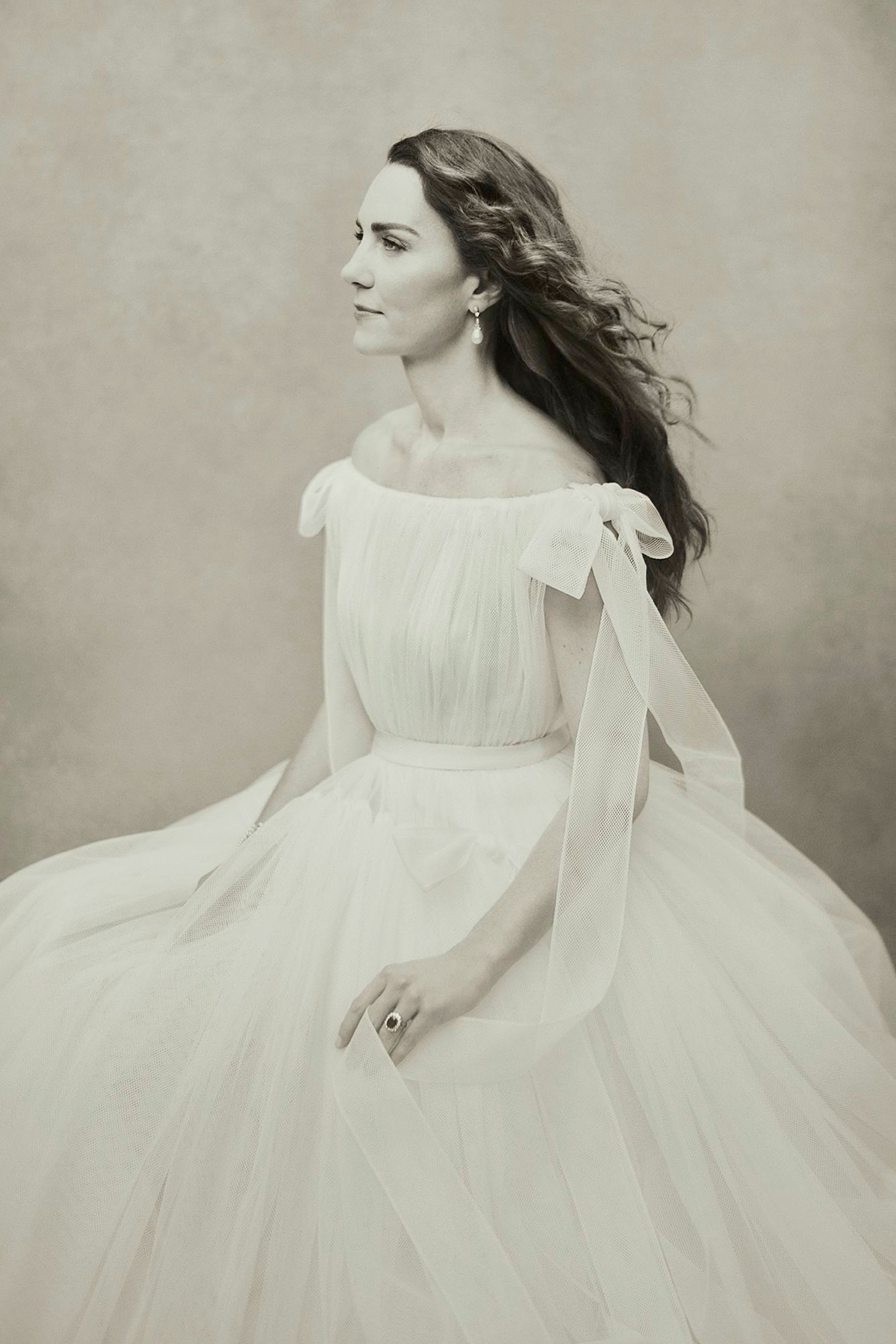 All in the details! Duchess Kate graced Us with three stunning portraits on her birthday, each of which had a special nod to Princess Diana or the Queen. The 40-year-old royal wore a selection of jaw-dropping Alexander McQueen gowns in the photos, but it was her jewelry that carried a special significance.

In the black and white photographs, which were taken by photographer Paolo Roversi, the Hold Still author stunned in her late mother-in-law’s Collingwood earrings and Three-Strand Pearl bracelet.

The diamond and pearl drop earrings were originally gifted to Princess Diana as a wedding gift from Collingwood jewelers. The mom of three has become quite fond of the pendants, wearing them to the Remembrance Day Service in November 2021 and numerous diplomatic receptions throughout the years.

On her right wrist, style watchers spotted a glimpse of the royal’s Three-Strand Pearl Bracelet, which was first designed for the Princess of Wales in 1988 by Nigel Milne. It’s quickly become one of Duchess Kate’s favorites, as she’s donned it on multiple occasions in recent months. Not only did she wear the stunning jewel to The Big Lunch initiative at the G7 Summit in June 2021, but she also wore the piece during Donald Trump’s state visit to London in June 2019.

Wearing her late mother-in-law’s jewelry (including her stunning sapphire engagement ring!) is exactly what Diana would have wanted. Before her passing, the late royal penned a “letter of wishes.”

In it, she detailed how she wanted her diamonds and gemstones to be divided. “I would like you to divide my personal chattels at your discretion between my sons and godchildren, the division being three quarters to my sons and one quarter to my godchildren,” she wrote. “I would like you to allocate all my jewelry to the share to be held by my sons, so that their wives may, in due course, have it or use it. I leave the exact division of the jewelry to your discretion.”

While Princess Diana’s jewelry took center stage, the Duchess of Cambridge also honored the Queen. For the glamorous portrait in which she wore a red Alexander McQueen gown, the duchess accessorized her outfit with the Queen’s Diamond Frame earrings. 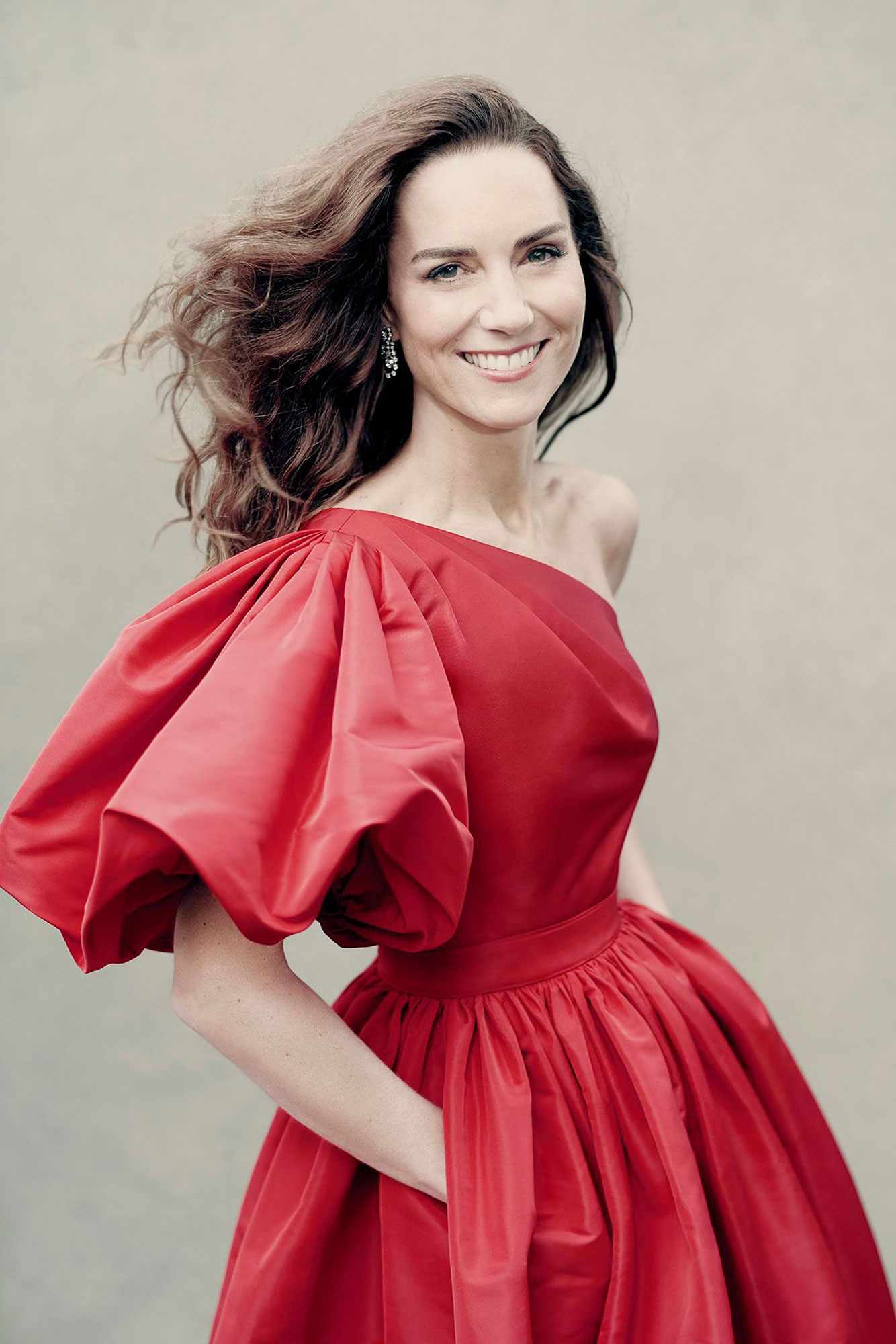 While the diamond drop earrings have not been passed down to the duchess, they have been loaned to her by the Queen. Duchess Kate has worn the jewels for numerous royal events, including the State Opening of Parliament in 2012.