An online petition detailing thousands of graphic incidents of sexual assault and rape against highschool students has ballooned, with at least 20 Victorian private and public schools now mentioned.

The petition launched a fortnight ago by former Sydney school girl Chanel Contos is gaining momentum, with schools and state governments now being forced to address the distressing accounts of assault. 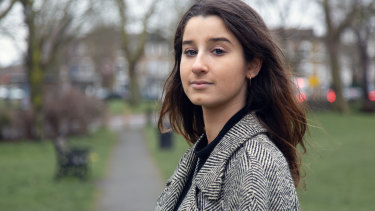 In the first week of its existence the website and petition, which calls for mandatory consent education to be taught at a younger age, focused on stories of sexual assault and rape against students from private schools in Sydney. But now the harrowing accounts, which are untested, have named public schools in metropolitan Melbourne and regional Victoria.

Some of the testimonies allege the perpetrators were students of Brighton Secondary College and Melbourne Grammar School.

The website is signed by thousands of former students who graduated years ago but are pushing for future students to receive comprehensive sex education that directly addresses consent at a younger age.

“The worst part is, I think I have been raped. Several times. But until I educated myself (in my late 20’s) about consent, I never knew,” one anonymous testimony from a Monbulk College 2012 alumni.

“And now it’s too painful to open up about my experiences so I have been robbed of ever receiving counselling and having closure either.

“It’s not too late if we can prevent children from growing up and going through what I have. Not teaching children and teenagers about consent is an absolute robbery of their innocence.”

At the weekend the body representing some of Melbourne’s most prestigious Catholic schools – including St Kevin’s College, Parade College, St Mary’s College, St Joseph’s College and St Bernard’s College – said the petition had pushed them to take action and signalled they would work with parents to address the issue.

“The powerful testimonies provided by the many young women in the online petition are disturbing and are an indictment on societal decency,” said Edmund Rice Education Australia executive director Dr Craig Wattam.

The Victorian Acting Premier and Minister for Education, James Merlino, last week told The Age he had directed his department to meet Ms Contos to see where the state could improve on sex and consent education.

While consent is addressed in all Victorian state schools as part of the government’s “Respectful Relationships and Sexuality” program, private schools are free to make their own calls on how and when to run sex and relationship education in their curriculums.

“No state or territory, including Victoria, should be complacent in making sure consent is taught well in classrooms. If we need to make changes to ensure that the issue of consent is taught in a better way that makes a real difference, then we stand ready to make those changes,” Mr Merlino said.