Hello International Insiders. Tom Grater here delivering a bumper edition of this week’s biggest international headlines. To get this sent to your inbox every Friday, sign up here. 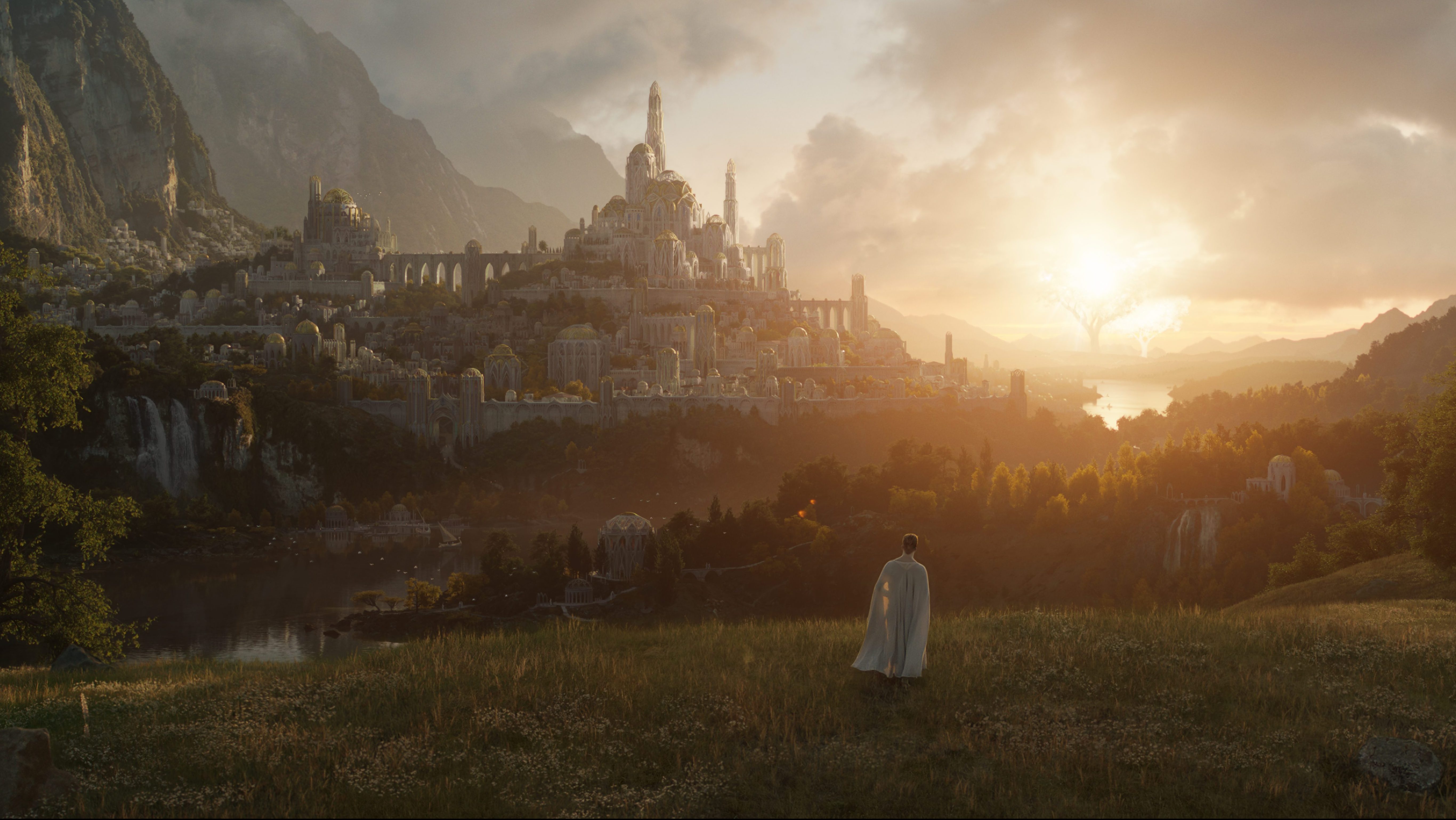 On the move: Amazon has decided to uproot its $1BN The Lord Of The Rings TV series from the franchise’s longtime home in New Zealand to the UK ahead of filming season two, the streamer announced yesterday. Season one, which recently wrapped, will complete post in NZ through June 2022, while pre-production will happen concurrently, scheduled to begin on Brit shores in January next year.

Reaction: The decision has sent shockwaves through the NZ audiovisual business. Crew only found out about the news just before it went public. David Strong, CEO at the New Zealand Film Commission, said in reaction: “It’s a shame and I feel for everyone who has put their hearts into this production.” As Nellie wrote in her piece last night, because of the pandemic and strict lockdown in NZ some of the show’s cast, more than half of whom are British, were forced to stay in the country for two years without being able to take holiday and see their families. Alongside British cast and crew being closer to home, another factor is understood to be the proximity to Europe and its varied locations. The $465M first series benefited significantly from NZ’s tax rebate, but Amazon will no longer pursue a chunk of that money which it would have qualified for if it had stuck around, the company said.

Where next? It’s not known where the series will rock up on Brit shores, but speculation is now rife. The elaborate purpose-built sets will be shipped to the UK and studio options are now being explored. There are numerous large-scale studio projects at various stages of completion in the UK at the moment, alongside multiple pre-existing high-end facilities. The majority of the latter have been largely booked up, however, with the likes of Netflix and Disney bringing a sizeable amount of production to the country. Scotland is also being touted as a potential destination. Back in 2019, it was understood that NZ narrowly beat out Scotland to host the season one shoot, with Brexit seen as a factor. Amazon recently had a smooth experience shooting The Rig north of the border, and the country has long hosted the Starz historical series Outlander. 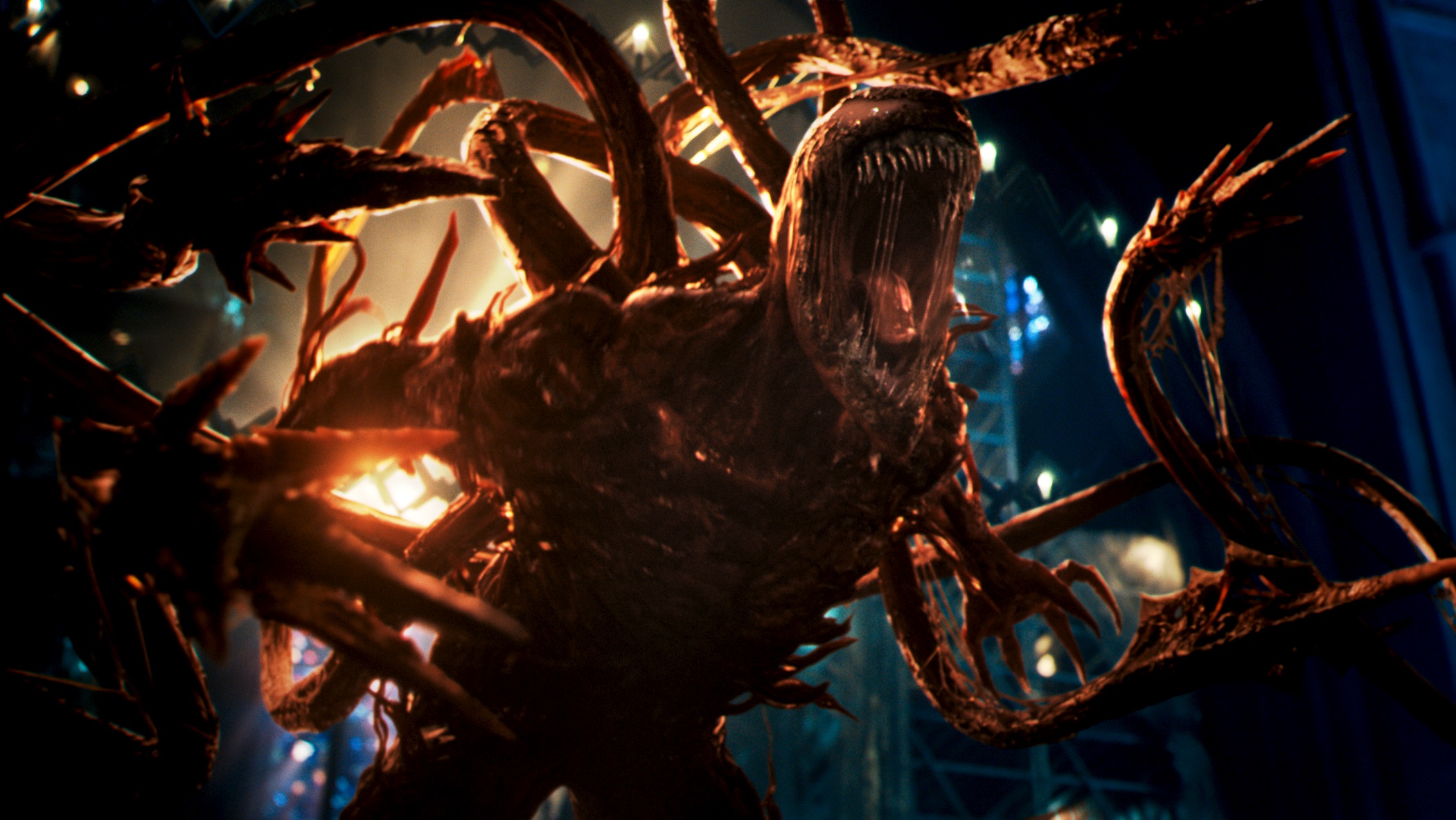 Tricky period: Cineworld, the major global cinema chain that owns Regal in the U.S., delivered a tough set of financials in the first six months of 2021. After months of closures and with the impact of the pandemic still very much being felt, the company saw its revenue tumble to $292.8M in the first half of the year, down from $712.4M in the same period last year.

Positive outlook: The good news for Cineworld is that the chain’s estate is now fully re-open and there are plenty of exciting films that could draw audiences back in the latter half of this year. CEO Mooky Greidinger pointed to the likes of Top Gun Maverick, James Bond pic No Time To Die, The Matrix and Dune in his comments accompanying the results. He also said he saw the theatrical windows situation, which has been upended by the pandemic, “stabilizing” in 2022.

Flip side: The bad news is, as good as that film slate looks, there is no guarantee that any of these films are actually going to release this year. Yesterday, Anthony had the scoop that Sony is set to tweak the releases of Venom: Let There Be Carnage and Hotel Transylvania: Transformania, with the former shifting its date back to October 15 and the latter potentially going down a streaming route.

New listing: An interesting nugget of information that was included in Greidinger’s comments noted that Cineworld is exploring the possibility of listing on the New York stock exchange, which it said would boost its exposure with North American investors and analysts and allow it to tap into U.S. capital markets. 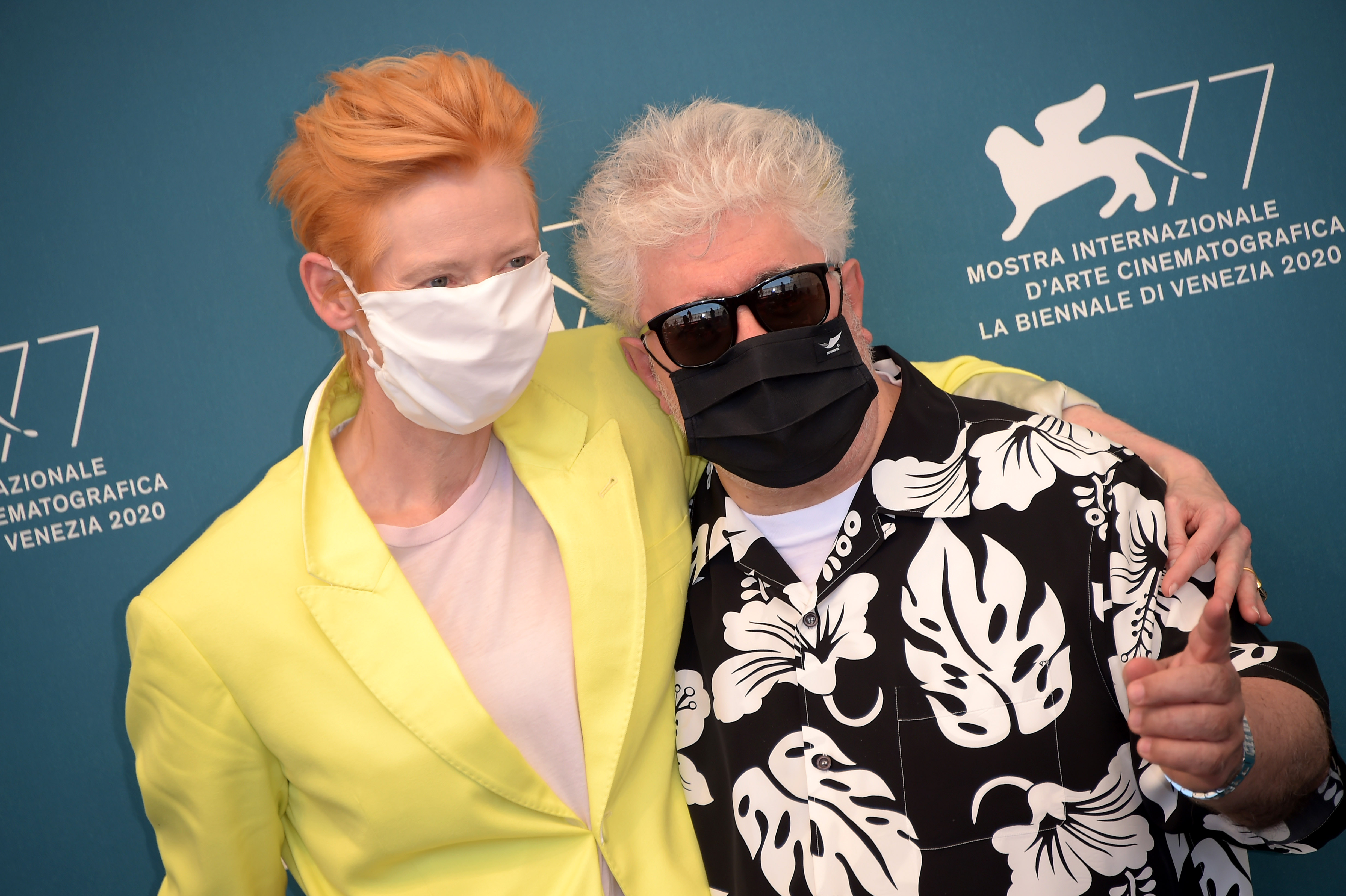 Venice loophole for Brits: We brought you news this week that the Venice Film Festival has found a loophole which they believe means Brits no longer need to quarantine on arrival in Italy. Guests coming from the UK can also stay longer than five days, which was initially believed to be the cap for those who hadn’t quarantined. This is great news for Brit industry, though there remains some uncertainty. The festival wasn’t able to provide detail on exactly which paragraph in the rules Brits can refer to should they encounter problems at the border. A spokesperson merely told us they had come to the understanding after poring over “pages and pages” of small print relating to the rules and having the dispensation confirmed by local health authorities. In programming news, the event announced new films including an Ennio Morricone documentary by Cinema Paradiso filmmaker Giuseppe Tornatore.

Toronto masks up: TIFF has continued unveiling its program this week, including IMAX screenings for Dune, arthouse buzzers such as Asghar Farhadi’s A Hero and an award for Benedict Cumberbatch. After being largely devoid of guests last year due to Covid, reports are that masks will be mandatory for anyone attending in-person screenings, and talent and media will be tested regularly. Talent will wear masks at festival venues, except when onstage or on the red carpet. However, the event is not expected to ask for proof of Covid-19 vaccination to enter venues.

Johnny Depp rewarded: Two European festivals announced this week that they would be feting Johnny Depp, with San Sebastian and Karlovy Vary both inviting the actor to be a special guest at their events. San Sebastian will bestow the star with their highest honor, the Donostia Award. The timing is interesting given the messy and ongoing legal entanglements for the Pirates Of The Caribbean actor with ex-wife Amber Heard. San Sebastian felt stung by online criticism of their decision and today released a lengthy statement defending the move. Fest director José Luis Rebordinos reaffirmed the fest’s commitment to “fighting inequality” and noted that Depp had “not been arrested, charged nor convicted of any form of assault or violence against women”. 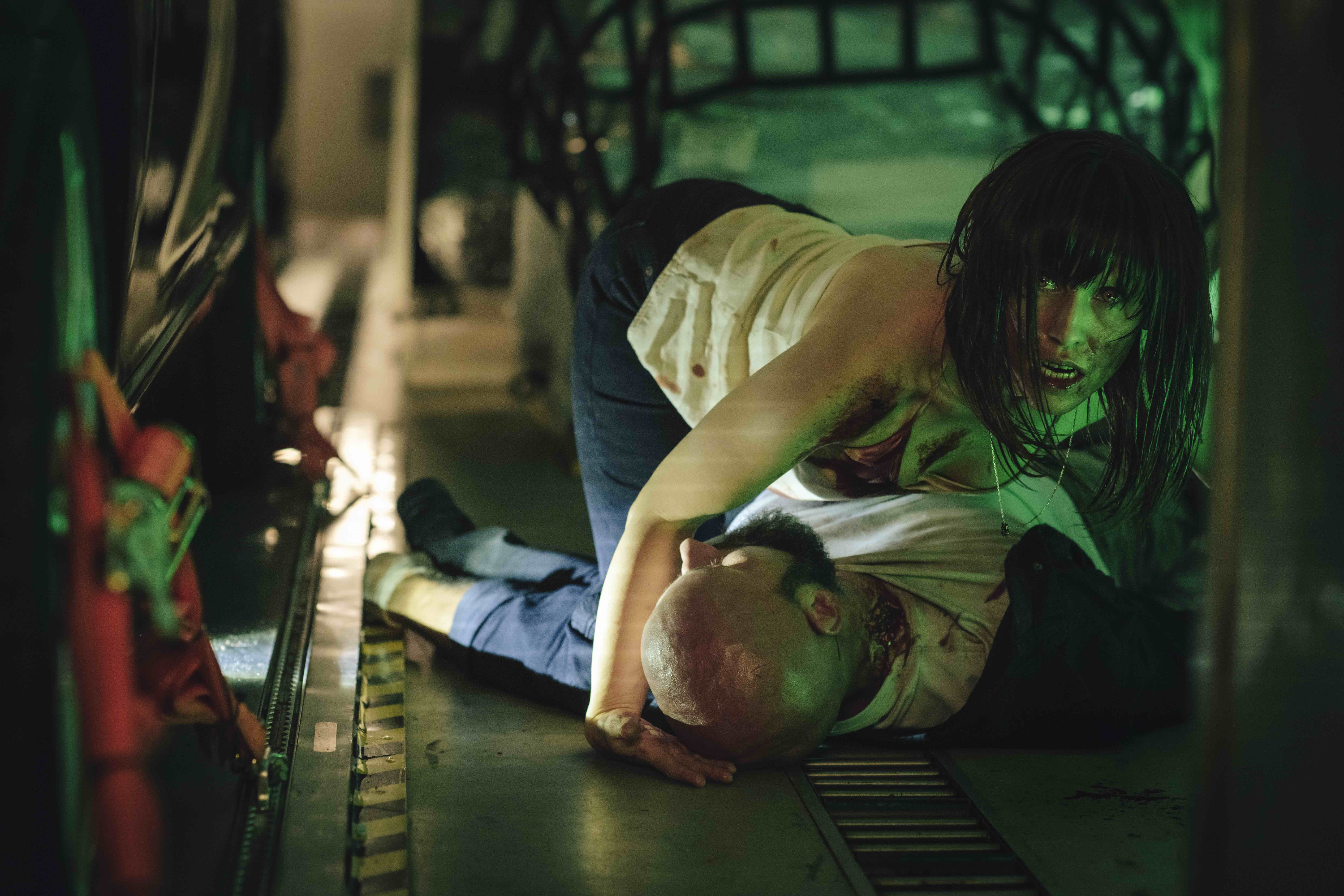 Global hit: “Vampires on a plane that’s being hijacked”. That was Peter Thorwarth’s pitch for Blood Red Sky, which this week Deadline revealed is set to become Netflix’s most successful German content to date. The movie will be watched by north of 50M households around the world in its first 28 days on the platform, according to the streamer.

Anatomy of success: Deadline sat down with Thorwarth to dig into his hit film in a bid to figure out what made it pop with viewers in diverse countries such as the U.S., Brazil and Saudi Arabia, all of which saw it reach the number one spot on Netflix. The fluid nature of streaming makes drawing conclusions imprecise, but the filmmaker believes the international design of the movie, which is primarily in English, helped. “I liked the idea that we would cast every actor from the country their character is from… Of course, on an international flight everyone speaks English. It’s not a typical German movie, it’s not a typical American movie, it’s an international movie,” he said. Read more in our interview. 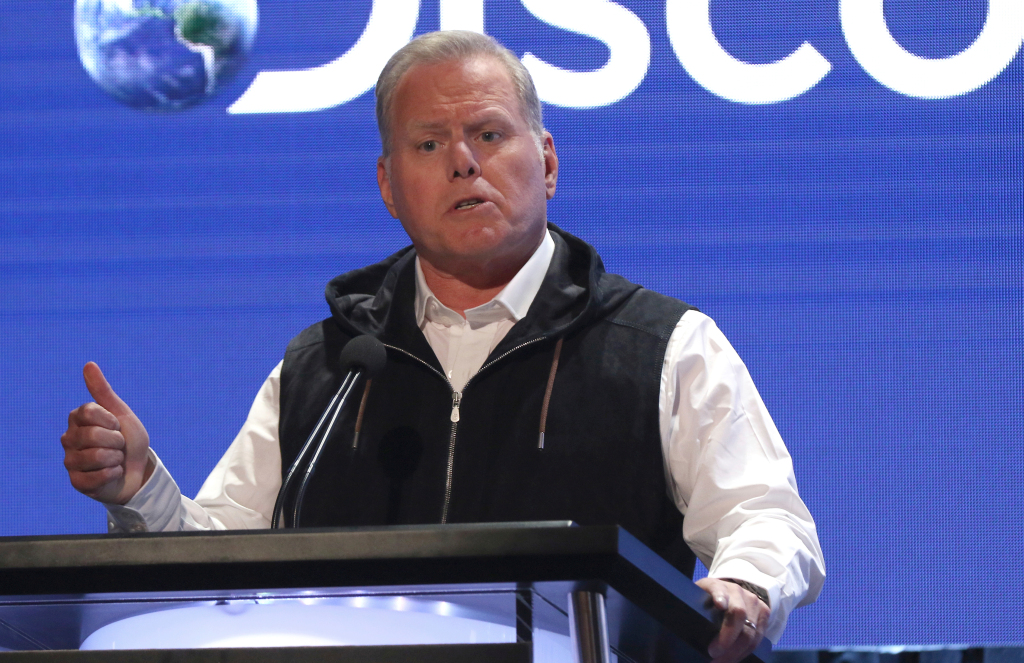 Potential ban: Poland’s parliament passed legislation this week that could lead to a ban on foreign companies owning Polish media companies. Discovery, which owns the nation’s largest independent broadcasting group and news network TVN, said it was “deeply concerned” by the proposal, which needs to be ratified by the Senate and Polish President Andrzej Duda.

Political agenda: News station TVN24 has been a vocal critical of Poland’s incumbent right-wing government, and the move has been seen as a crackdown on dissenting voices. Discovery said the act was “an attack on core democratic principles of freedom of speech, the independence of the media and is directly discriminatory against TVN and Discovery”.

Response: Discovery said on Thursday that it had notified the Polish government that it will take legal action under the bilateral investment treaty between the U.S. and Poland. 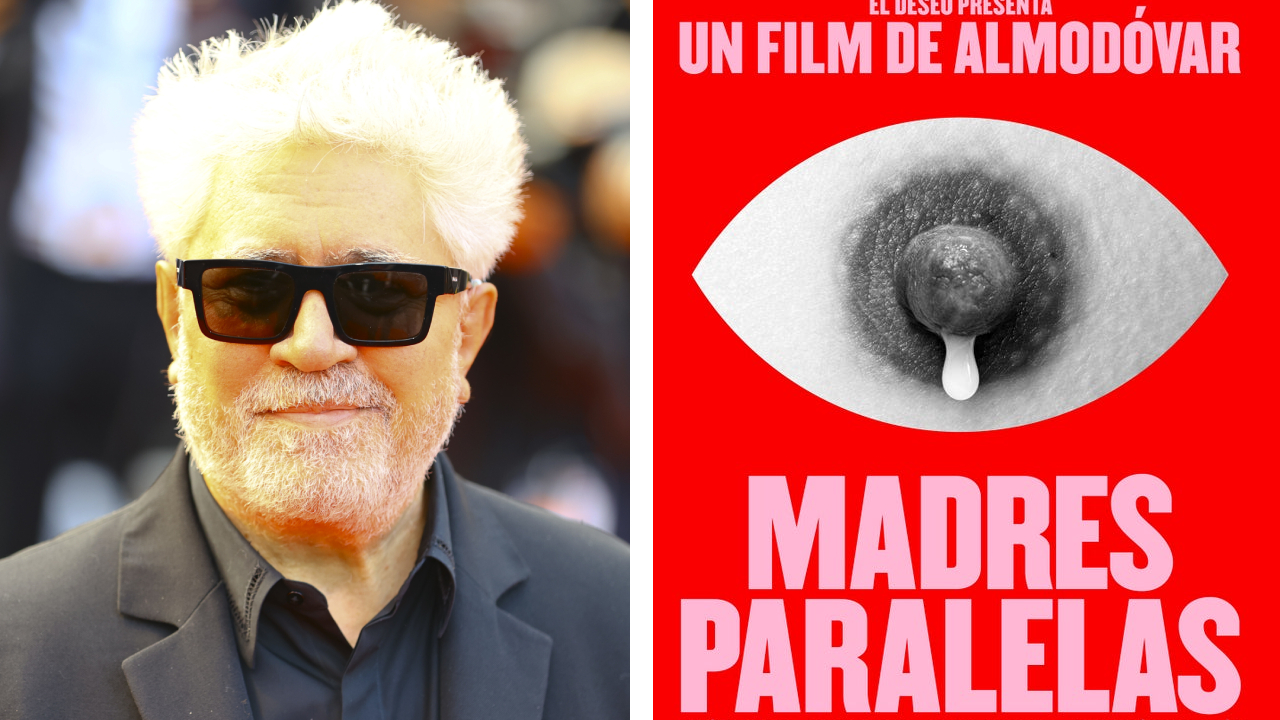 Breaking the rules: Pedro Almodovar’s upcoming Parallel Mothers, which is set to open Venice next month, fell foul of Facebook-owned Instagram’s nudity policy this week when the film’s poster, which prominently features a lactating nipple, was removed after being shared by designer Javier Jaén. After complaints, the decision was swiftly reversed and the poster was allowed to be shared. “We make exceptions to allow nudity in certain circumstances, which includes when there’s clear artistic context,” the platform said in a statement. 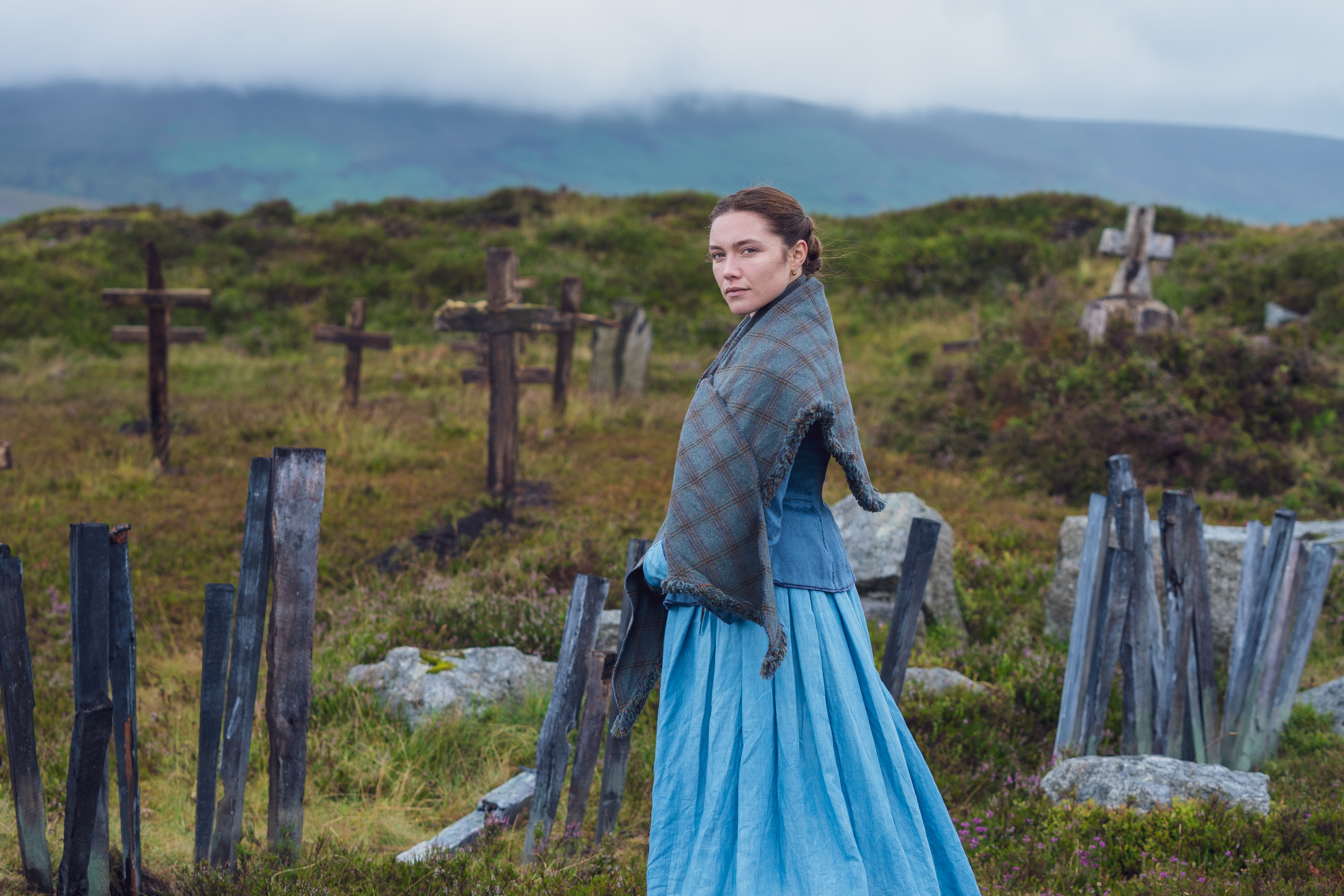 🍿  International box office: The Suicide Squad underwhelmed this week, taking $35M from 69 international markets. That was below the $40M projection. The box office continues to be disrupted by Covid. Read more.

💃 Don’t call it a comeback: Priyanka Chopra Jonas is heading back to Bollywood. The actress will star in Jee Le Zaraa alongside fellow Indian stars Katrina Kaif and Alia Bhatt.

🚚  On the move: BBC Storyville has a new chief in the shape of former Cinephil exec Philippa Kowarsky.

🚚  Also on the move: UK personal publicists Donna Mills and Emma Jackson are exiting Premier Communications to form their own agency Tapestry London. Their clients will include Michaela Coel, Michael Fassbender, and Alicia Vikander. 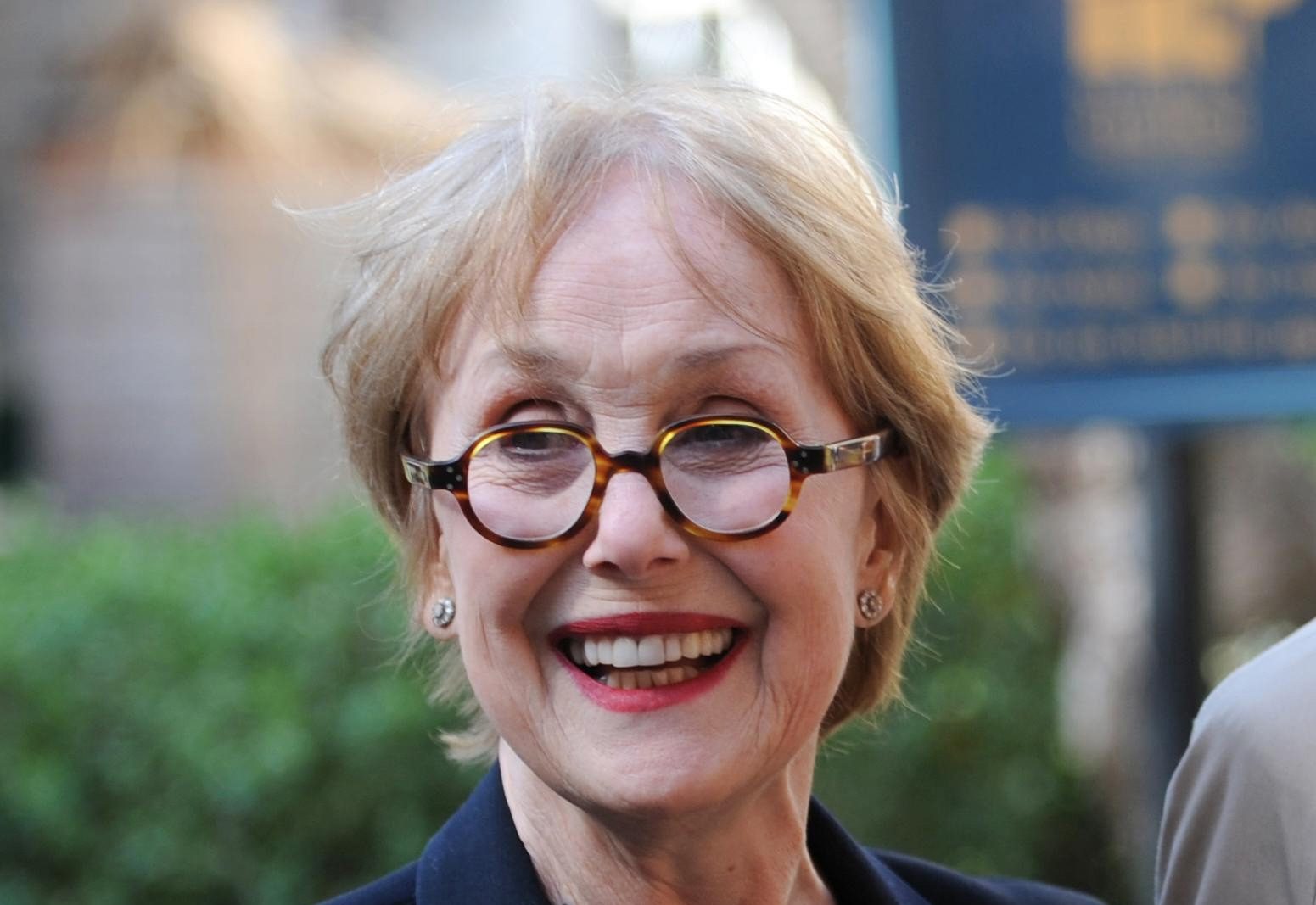 RIP Mrs. Hudson: Ending on a sad note this week with a farewell to Una Stubbs, the much loved English actress who has died at the age of 84. Stubbs had a long and successful career after breaking out with a role in the 1960s Cliff Richard-starrer Summer Holiday. More recently, she played Mrs. Hudson in Sherlock. Read our full obituary here. Paying tribute to Stubbs were Sherlock co-creators Steven Moffat and Mark Gatiss, with the former describing her as a “national treasure”.