Home » Lifestyle » Is Donald Trump About To Let Go Of This Huge Reminder Of His Presidency?

Is Donald Trump About To Let Go Of This Huge Reminder Of His Presidency? 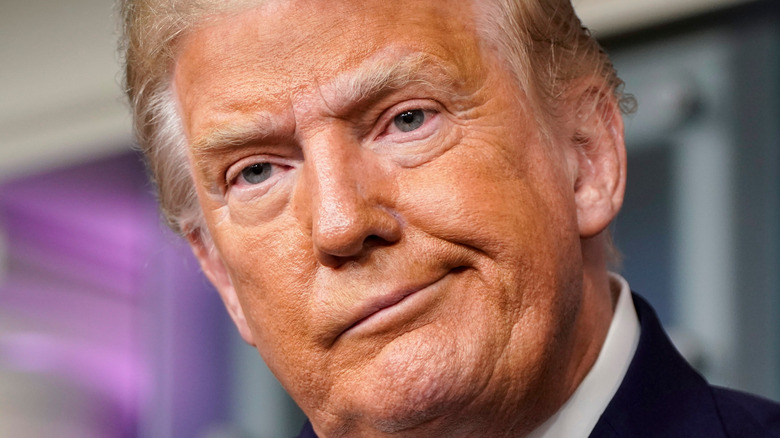 Ever since Joe Biden was inaugurated as the 46th president of the United States in January 2021, all election talk has seemingly become quieter and quieter. However, many people have been wondering if Donald Trump will throw his hat in the ring once again for the 2024 presidential race.

Speculation about a second run grew immensely when Rep. Jim Jordan explicitly said “he’s going to run again” in a video that was posted to Twitter, per Business Insider. “I know so,” he added. “I talked to him yesterday. He’s about ready to announce after all this craziness in Afghanistan.” Of course, this caused the rumor mill to churn twice as fast, especially when one of Trump’s former advisors said in an interview that it’s “pretty clear” the former president will run again come 2024, saying the chances are somewhere between “99 and 100 percent” (via Newsweek).

But what does Trump think about all of this? Well, according to reports, he’s about to make a move that may signify his exit from Pennsylvania Avenue for good.

There is more than one way to read the situation 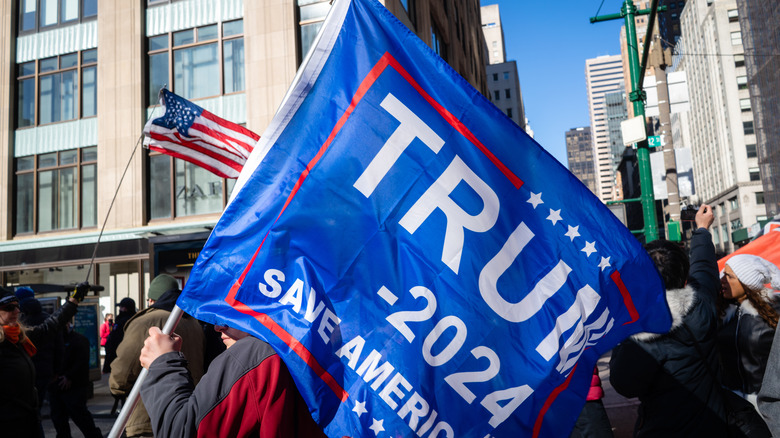 According to The Guardian, Donald Trump is reportedly about to sell the rights to the hotel that’s close to the White House in Washington, D.C. This particular hotel, which Trump leased from the U.S. government ahead of his first run for president, served as a home base of sorts for his government business and lobbying efforts. Apparently, attempts have been made to sell the former post office building since 2019, per CNBC.

Although Trump himself hasn’t yet commented on the matter, many people see this move as a sign of his decision to leave his aspirations of a second bid behind. Others view it as a mere financial decision (via The Guardian). The website Axios, which first broke the news, said, “​​The removal of Trump’s big, golden name from Pennsylvania Avenue would be a symbolic bombshell savored by opponents.” It would certainly remove one of D.C.’s biggest reminders of Trump’s presidency.

If the deal gets secured, Trump would sell the leasing rights to a real estate developer, who would then negotiate with hotel chains that would go on to manage and rebrand the property. According to Axios, sources believe he would get less than the $500 million he reportedly sought when he was first in talks with investors. But alas, only time will tell if the sale will even come to fruition.