Home » Lifestyle » Is it ever OK to shame someone for their accent?

Is it ever OK to shame someone for their accent?

As Lord Digby Jones criticises Olympics presenter Alex Scott: Is it ever OK to shame someone for their accent? 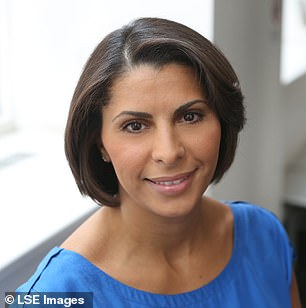 Does speaking English properly matter any more? This is the question in the debate about state-funded politicians and broadcasters who struggle with the basics of a language revered around the world.

Those in the firing line range from Home Secretary Priti Patel to the BBC sports presenter Alex Scott. The chief accusation is that they are incapable of pronouncing the ‘g’ in words ending with ‘ing’.

This sounds petty, and there seemed to be a degree of spite in the way Lord Digby Jones slammed Scott’s coverage of the Olympics. On Twitter, Lord Jones, a former Labour minister, said Scott needed ‘elocution lessons’ because her example ‘maybe aped by youngsters’.

Language is a dynamic of social mobility, and the vast majority of those who misuse it will not end up in the Cabinet or doing well-paid jobs for the BBC. On the contrary, the history of countries like Britain is one in which slick communication was invariably crucial to success.

In this sense, Digby Jones was making a good point, albeit rudely. Wherever you are in the world, making an effort to speak English properly marks you out as educated and efficient. Your opinions will be taken seriously.

As someone from a foreign and by no means privileged background — I was born and brought up on a council estate in suburban Paris — I was unimpressed by Scott’s attempt to link a working-class upbringing with sloppy diction.

English is my third language after French and Arabic, but it is one I was determined to master due to the power and creative brilliance that underpins it.

As a child, I associated it with the best films, the finest pop music, great books and captivating TV.

Yes, the pronunciation of some words can be tricky, but the challenge is not insurmountable. For British nationals brought up in the UK to suggest otherwise is nonsense.

The tradition of clever, articulate language used within deprived communities is a rich one. You find it in interactions with all kinds of modern Britons, including those from ethnic minority backgrounds.

So the idea that vast swathes of the population have all sold out to bland cliches expressed in plodding vernacular is simply not true. Textspeak and ‘He done good’ platitudes are not the norm.

Those in influential positions should therefore acknowledge the importance of correct English usage, and show some pride in its heritage. 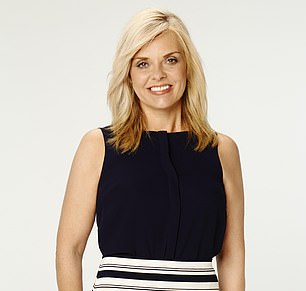 So, Lord Digby Jones has a thing about the letter ‘g’. How dare Alex Scott drop it to say ‘fencin, rowin, boxin, kayakin, weightliftin’ and swimmin’ on the BBC’s daily Olympics show.

As a Northerner from Blackpool, who’s worked as a correspondent for Sky News, GMTV and BBC radio, I find his comments utterly offensive.

It’s damn hard making your way in the media with an accent, and Scott doesn’t need to be insulted by a man who should know better.

I know from bitter experience how hard it is growing up with an accent. Aged 19, I left Lancashire to study English at Oxford and was soon rubbing shoulders with old Etonians. George Osborne and Nat Rothschild were in the year above me and were good friends with my boyfriend.

During that time, I learned the harsh truth about regional voices — people without them don’t like them. I remember one public schoolboy mimicking the way I pronounced ‘mud’. He howled with derision, in front of all his chums, because I said ‘muuuuud’ and not ‘mad’. I can still remember my cheeks burning with humiliation.

From then on, I decided I needed to fit in — especially as I wanted to work in TV and radio journalism.

And so, with a bit of practice, I gradually lost my accent. I stopped saying ‘bath’ to rhyme with ‘maths’ and said ‘barth’ instead.

As I began my screen career in the 1990s, regional accents were not accepted in TV news. They were fine on Coronation Street, but you would never hear a national newsreader with a Liverpudlian accent — you still don’t. So I spent years trying to make sure nobody could recognise my accent. I clearly did a good job as I was never criticised for it at work.

It was a different matter when I went back ‘oop north’. All my friends told me I had turned into a ‘Southern softie’ who had betrayed her roots.

That stung. And I felt ashamed of myself. If I didn’t speak like George Osborne, so what? As long as people can understand what I’m saying, I should be a proud Northerner.

It’s the same with Scott. If she had poor diction, then I would agree with Lord Jones, but she doesn’t. She drops her ‘g’ because that’s part of her accent.

These days, I go on the radio and speak with my original accent, which is more than can be said for Lord Jones. He claims to be a proud ‘Brummie’ and thinks it’s great to hear regional accents on TV, but listen to him on the airwaves and he’s all but lost his own.

Scott has stayed true to her roots. So, Digby, stop mitherin’ the woman, luv, and leave her be.