EXCLUSIVE: Working hard for those abs! Ivanka Trump flashes her toned stomach in a cropped tank and leggings as she hits the gym with her trainer after celebrating Hanukkah with her family

Ivanka Trump showed off her toned abs in a cropped tank after working up a sweat in Miami on Tuesday following her family’s Hanukkah celebrations.

The former White House senior adviser, 41, was spotted heading to the gym with her personal trainer wearing a black sweatshirt over gray and black speckled leggings. She topped off the sporty look with a pair of black, orange, and pink Nike sneakers.

Ivanka’s long blond hair was pulled back in a messy bun, and she had on dark shades to shield her eyes from the Florida sun. Instead of a gym bag, she carried her car keys in one hand and her cellphone and water bottle in the other.

She later peeled off her sweatshirt for her workout and had it draped over her arm when she left the gym following her training session. 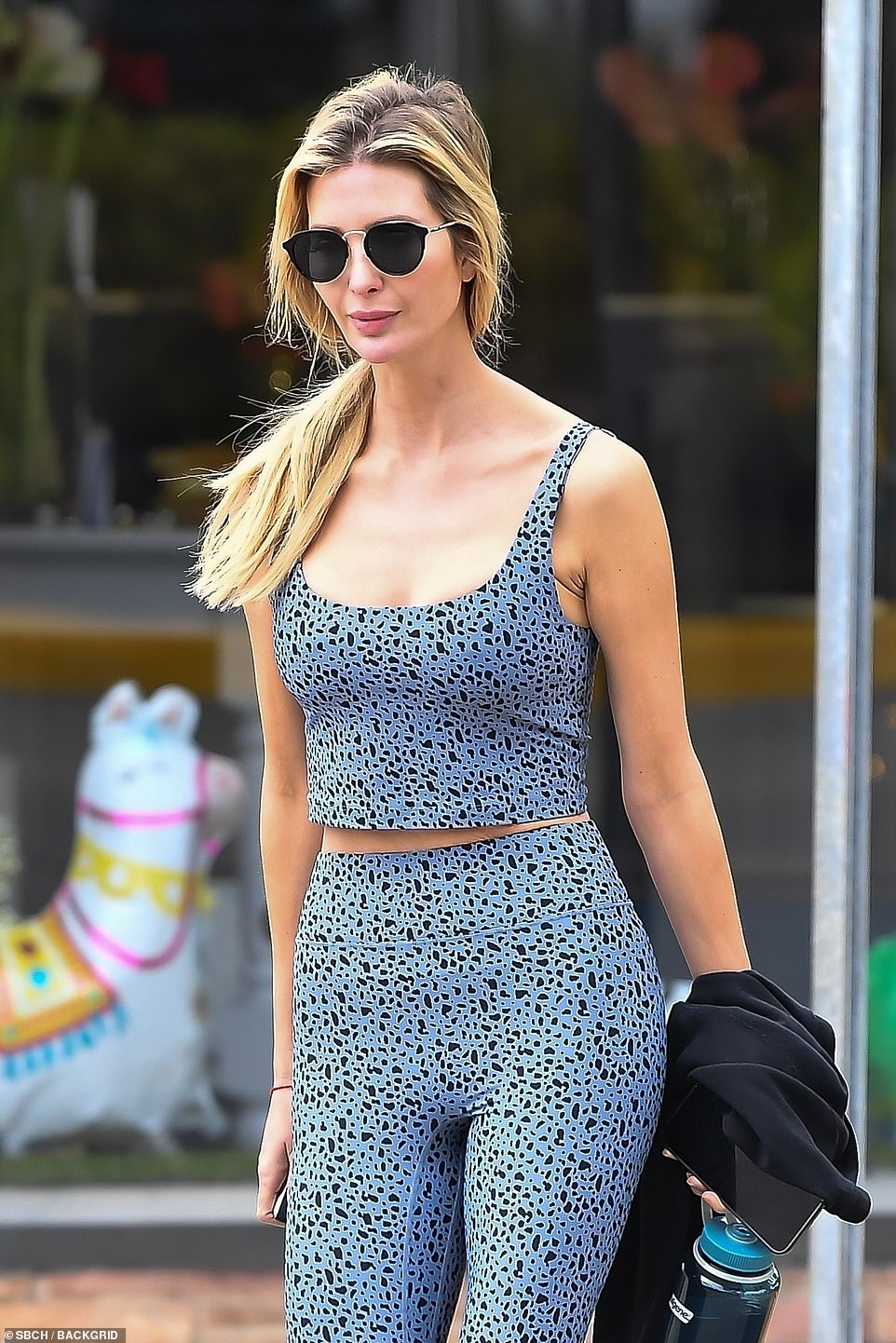 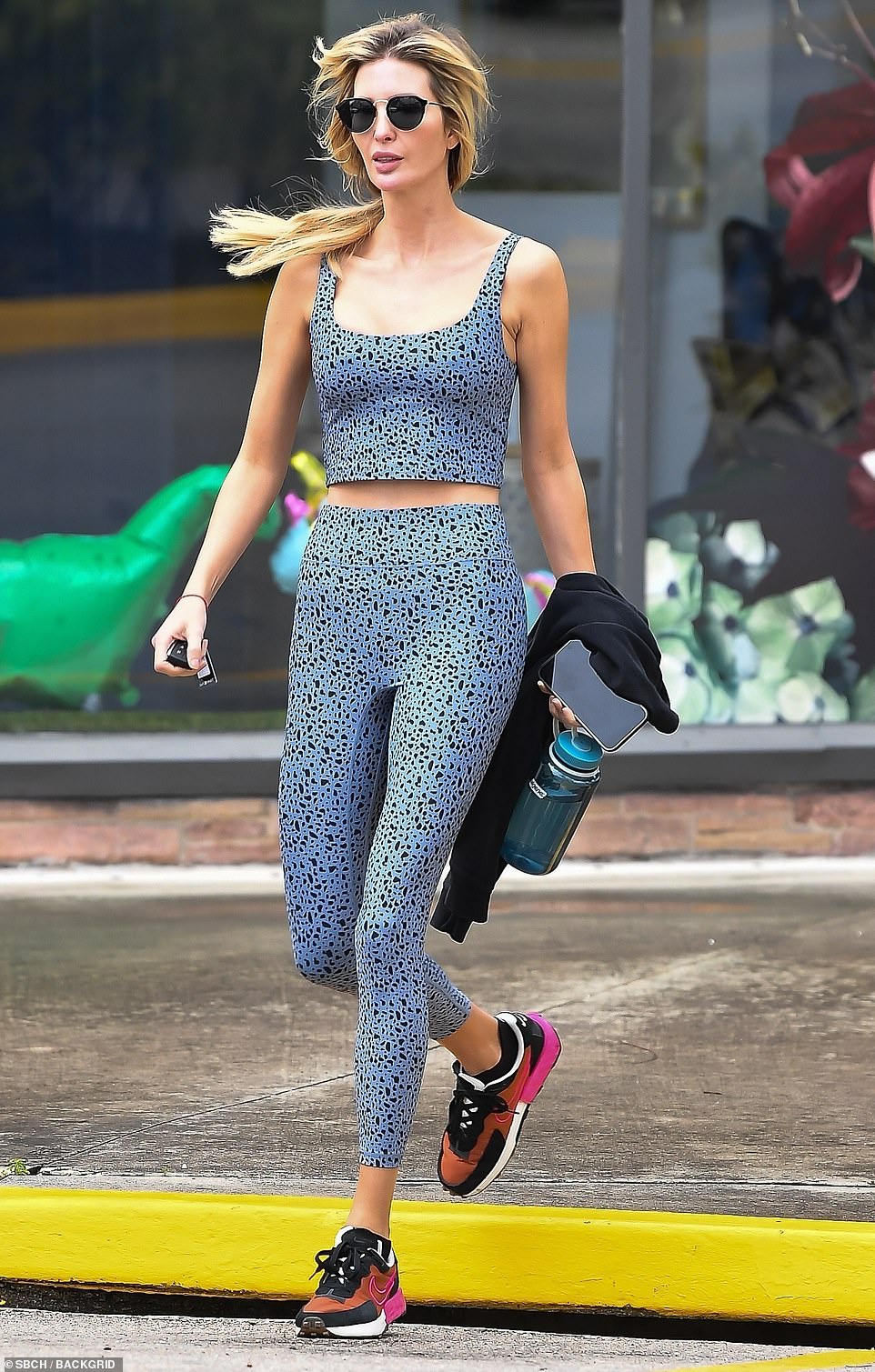 The mother of three had on a workout tank that revealed a sliver of her toned stomach. Her long blond hair was in a loose ponytail, and she had a red string bracelet on her wrist, which she has been wearing off and on for years.

Although she hasn’t spoken about the purpose of the bracelet, it does bear a resemblance to the type of red string that Kabbalah practitioners wear to ward off the ‘evil eye.’

She converted to Judaism to marry her husband Jared Kushner in 2009, and they are raising their three children in the same faith.

Ivanka posed for a sweet family photo in honor of Hanukkah after returning home from a lavish mother-daughter trip to Paris with her eldest child, 11-year-old Arabella. 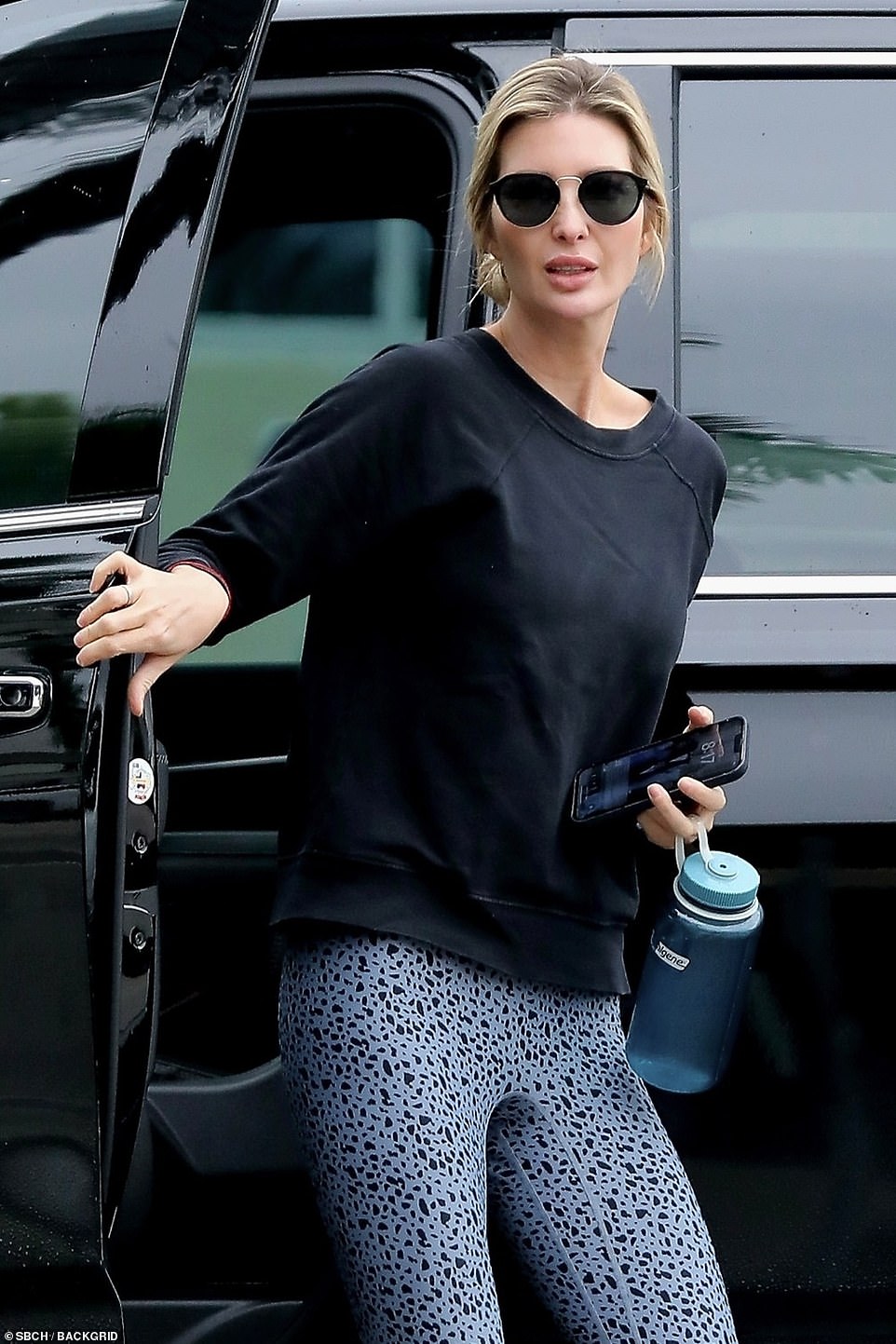 Instead of a gym bag, she carried her car keys in one hand and her cellphone and water bottle in the other 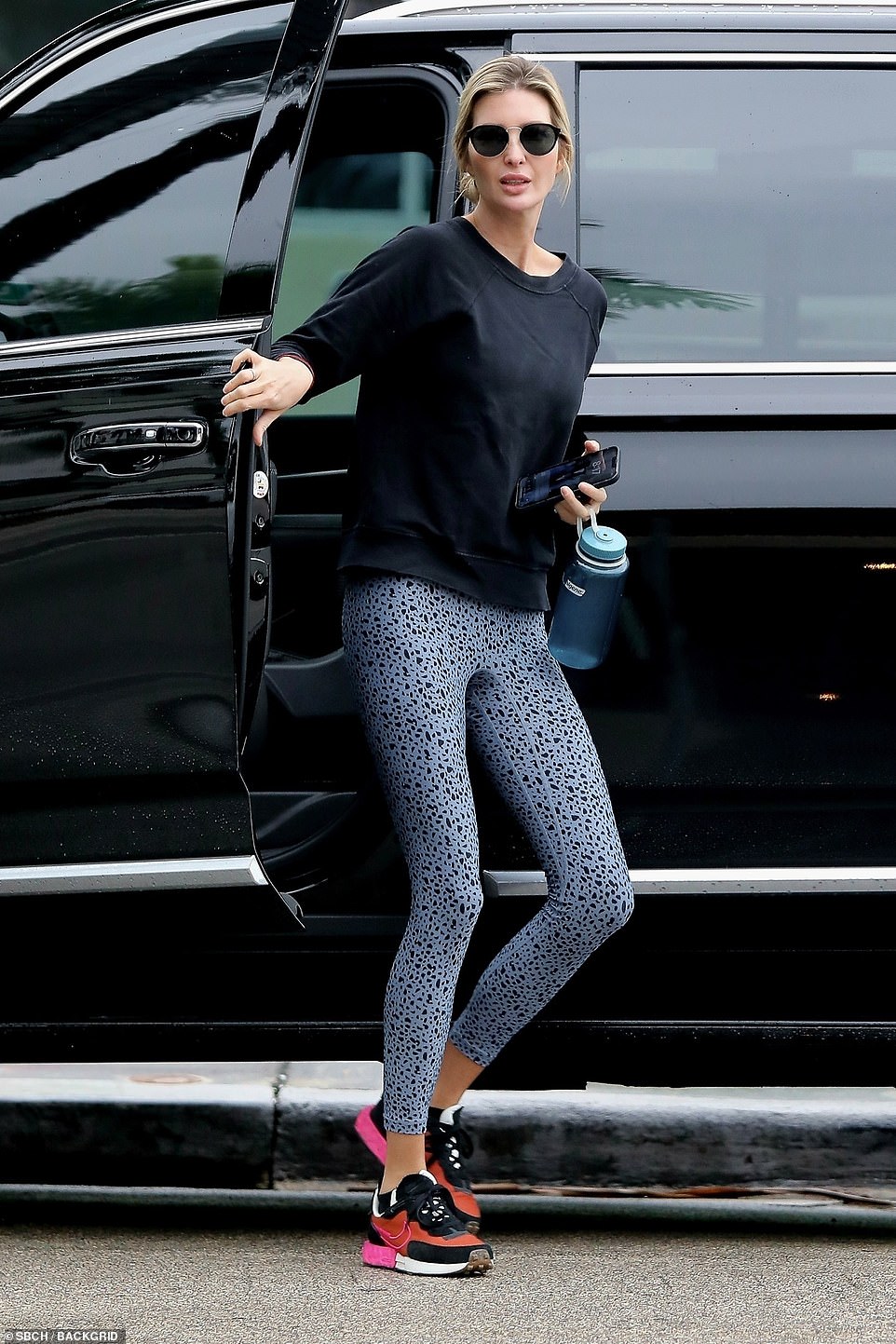 Ivanka topped off her workout look with a pair of black, orange, and pink Nike sneakers 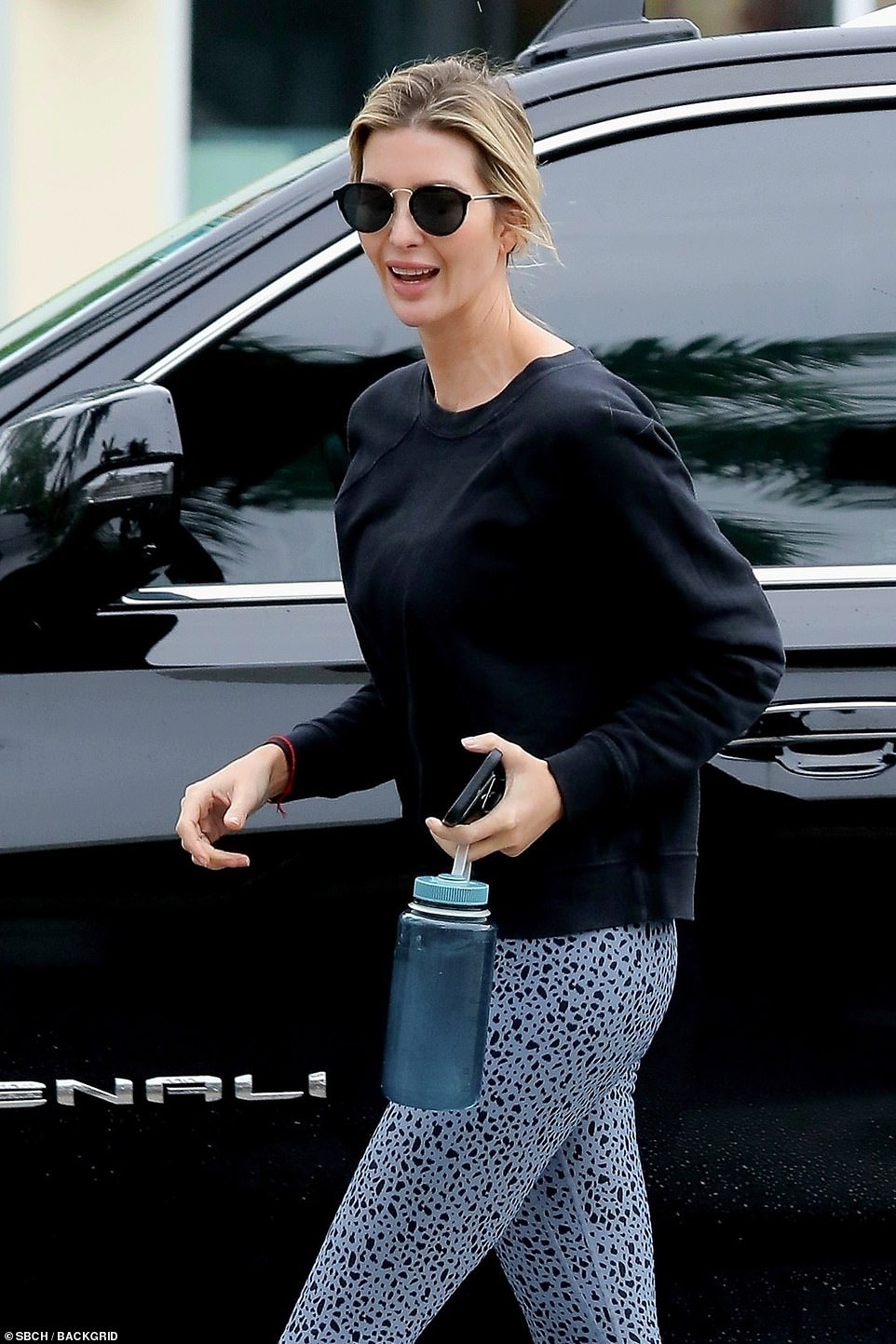 ‘Wishing all who celebrate a warm and peaceful last night of [Hanukkah],’ she captioned a photo of herself with Jared and their children, Arabella, Joseph, and Theodore.

The family was dressed to the nines and smiling brightly as they stood in front of two menorahs. One was gold and the other appeared to be crafted by one of her children.

Ivanka looked festive in a shimmering gold turtleneck dress with a large flower on the shoulder and an asymmetrical hem. Arabella was the spitting image of her mother in a black dress with silver sparkles.

Jared opted for a classic black suit paired with a maroon tie, while his sons had on white button-down shirts and black pants. Joseph, nine, had his shirt untucked, while Theodore, six, added a black and white plaid tie to his ensemble. 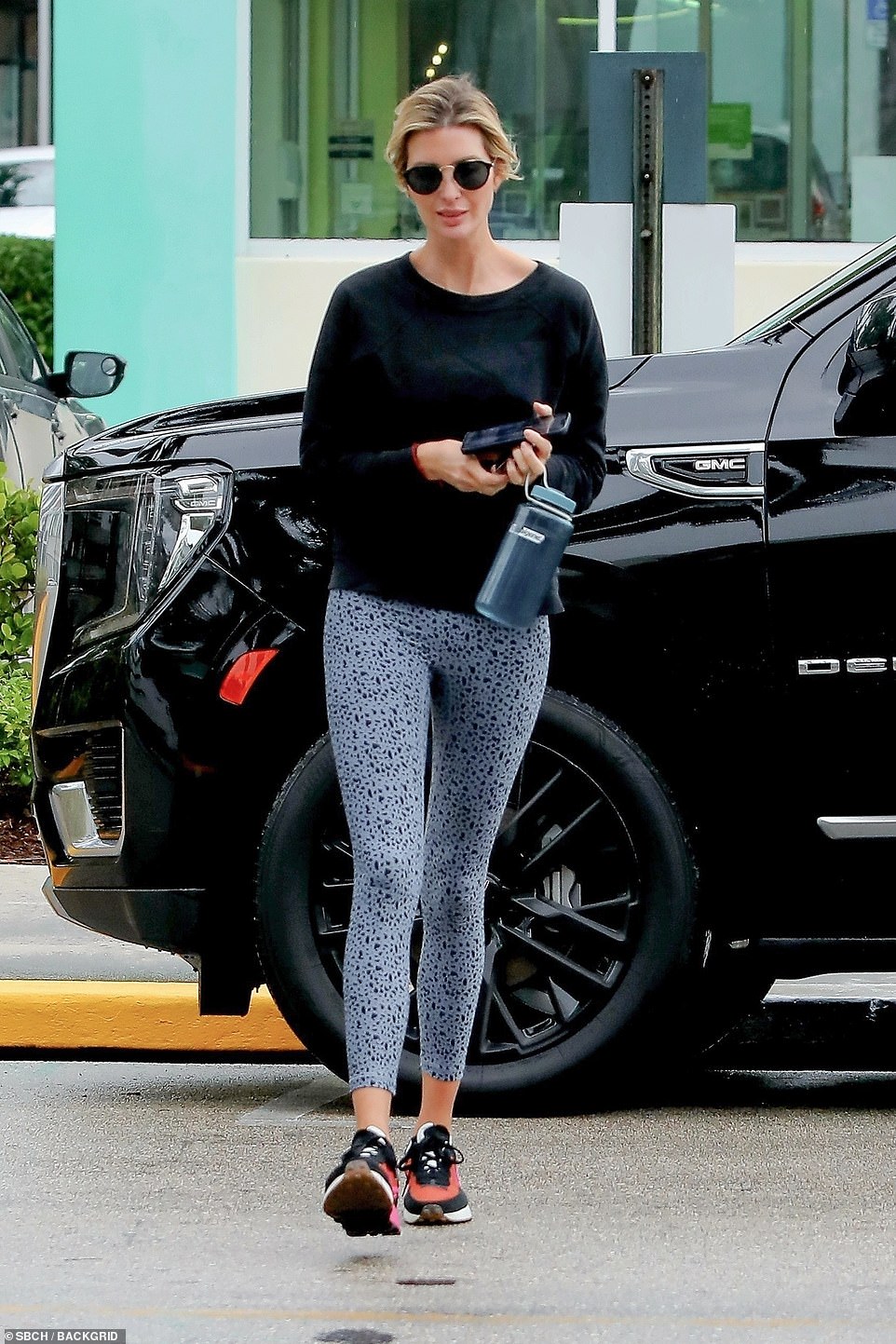 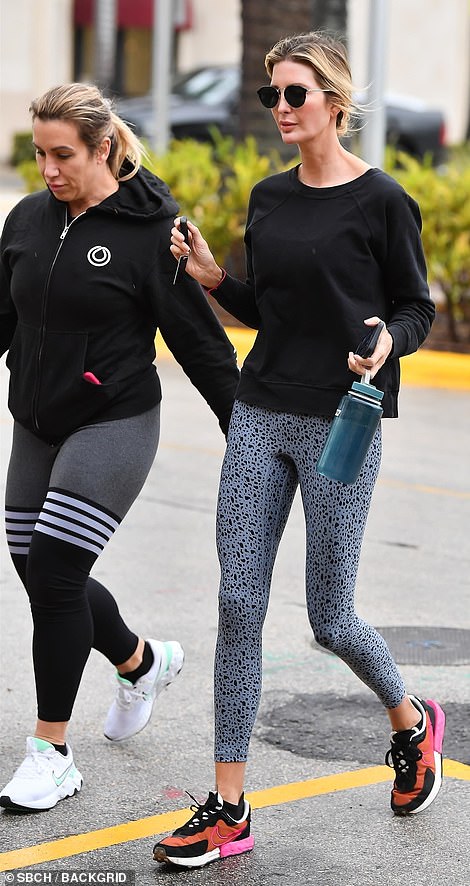 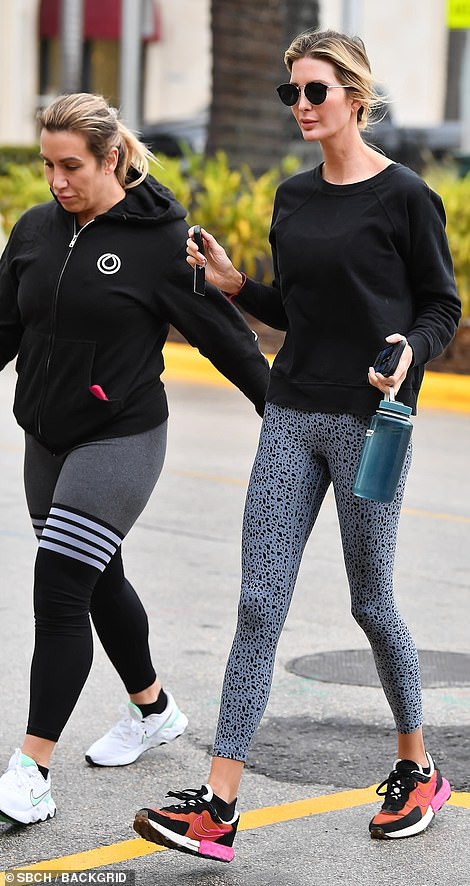 Ivanka met up with her trainer, who was dressed in a hooded sweatshirt, leggings, and white Nike sneakers 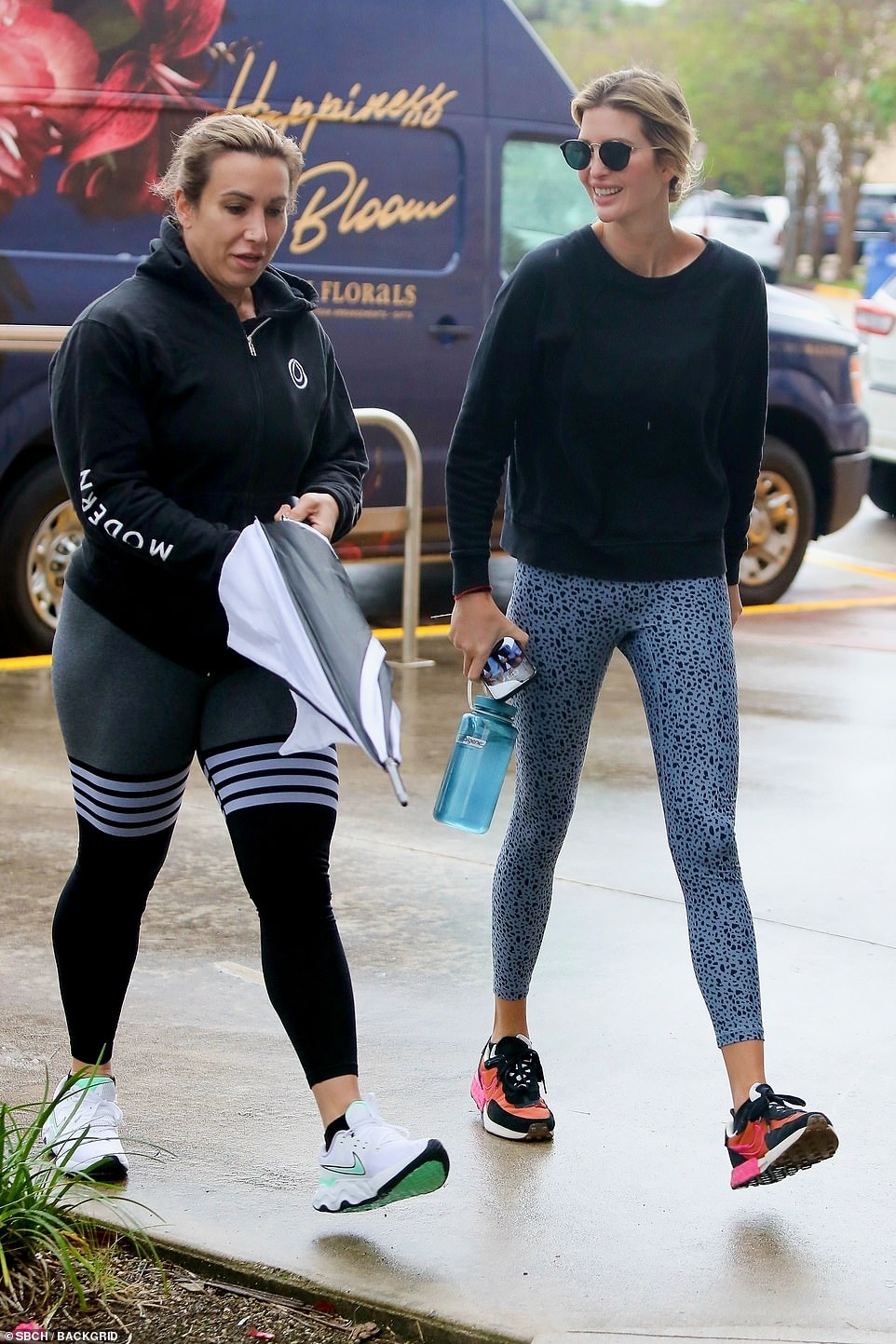 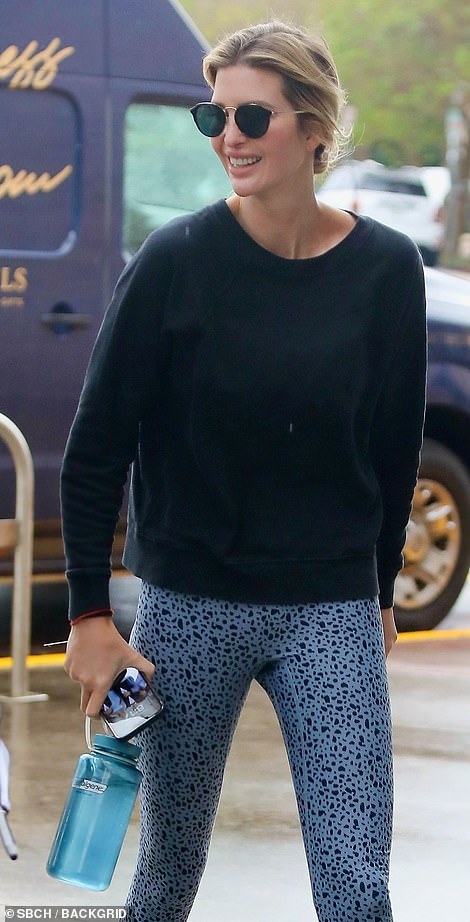 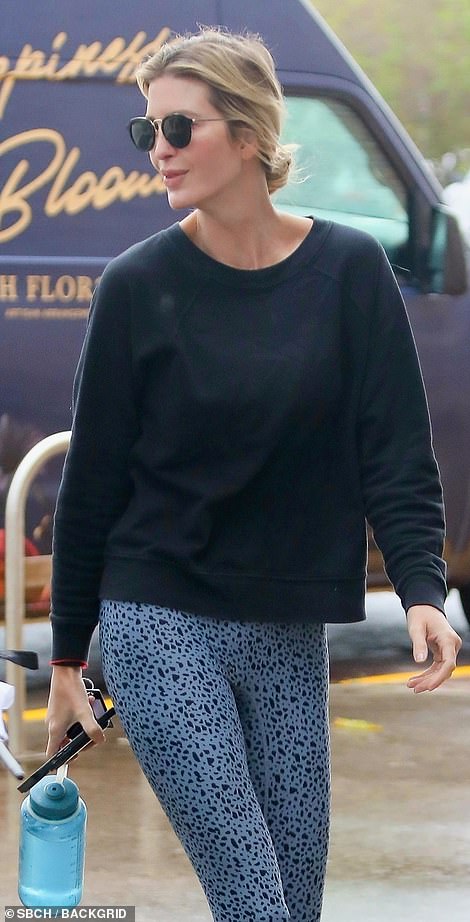 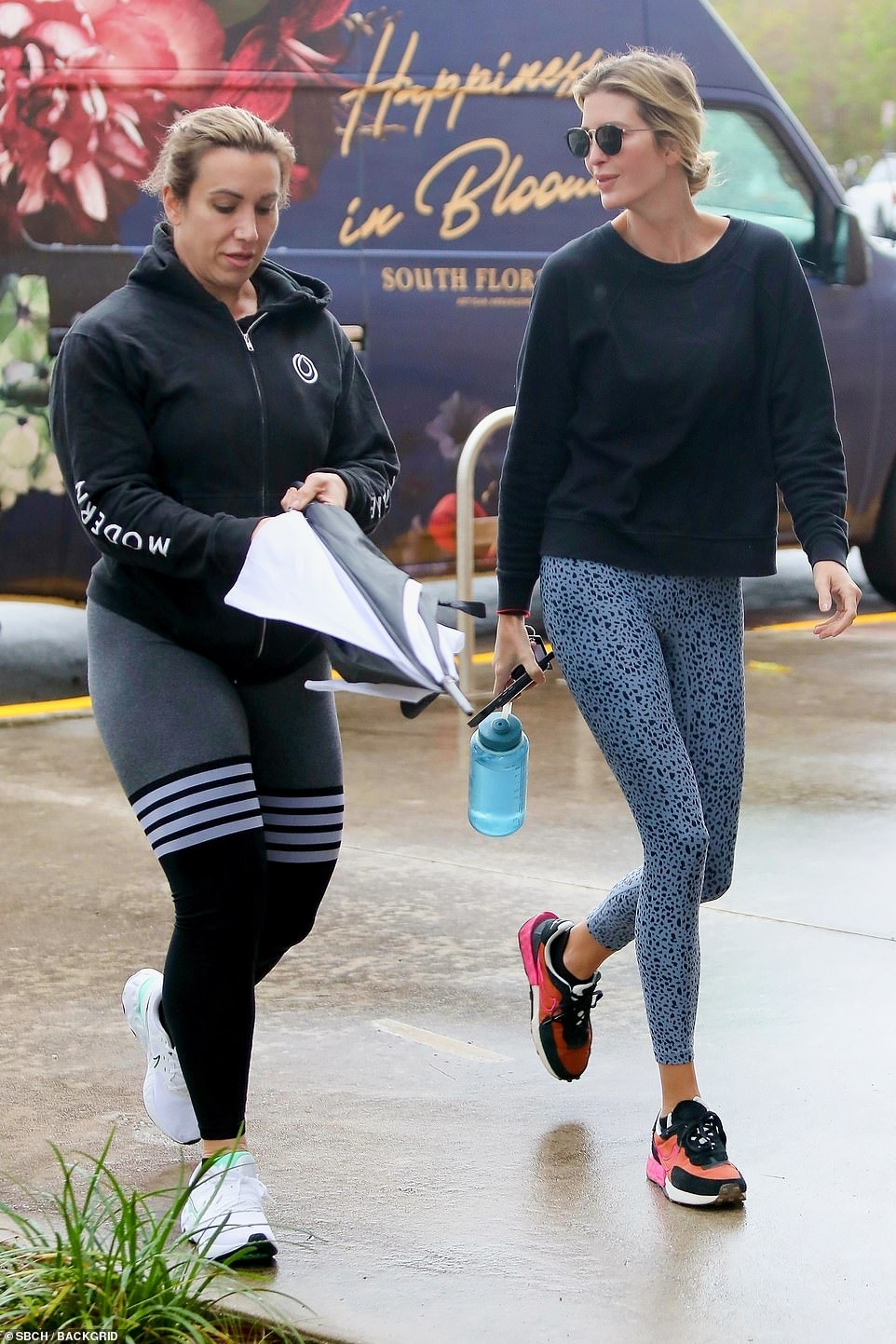 Ivanka also wished her followers a Merry Christmas on her Instagram Stories in a post that was set to Rockin’ Around the Christmas Tree. The mother of three, who was raised Presbyterian, posted adorable throwback photos of herself celebrating Christmas as a kid.

One showed her posing in a bright red dress next to an enormous Christmas tree, while another featured her performing the Nutcracker on stage. Another picture captured her and her late mother Ivana Trump skiing together, which she captioned with three red hearts.

Ivanka spent the first half of Hanukkah in Paris with her daughter Arabella.

The two visited many of the French city’s top sightseeing destinations, including the Eiffel Tower, the Louvre, and the royal stables at the Versailles Academy of Equestrian Arts.

They also headed to La Galerie Dior, which takes museum-goers through the history of French haute couture designer Christian Dior, his work, and the evolution of the brand. 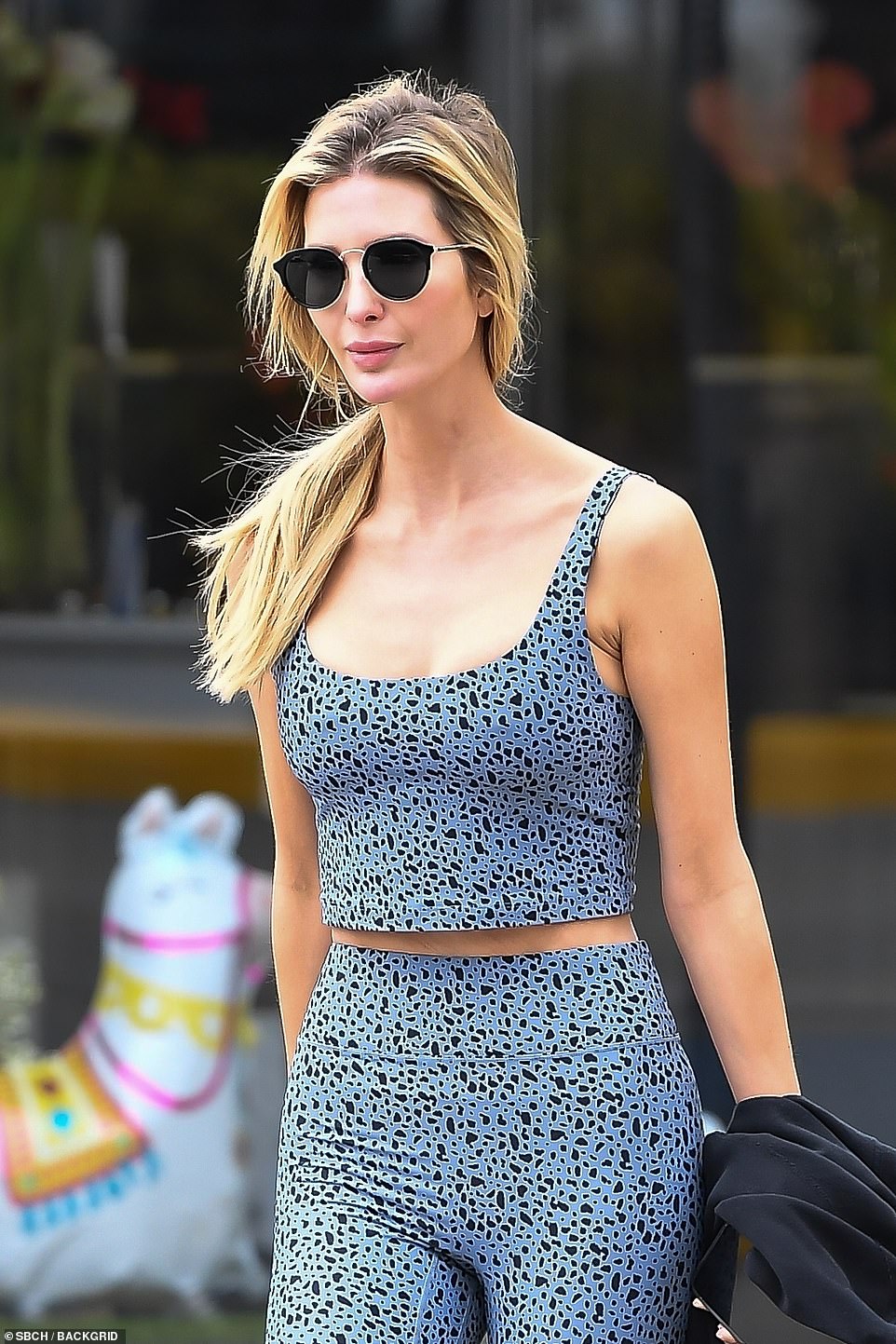 Her hair, which was in a bun when she arrived, was in a loose ponytail when she left 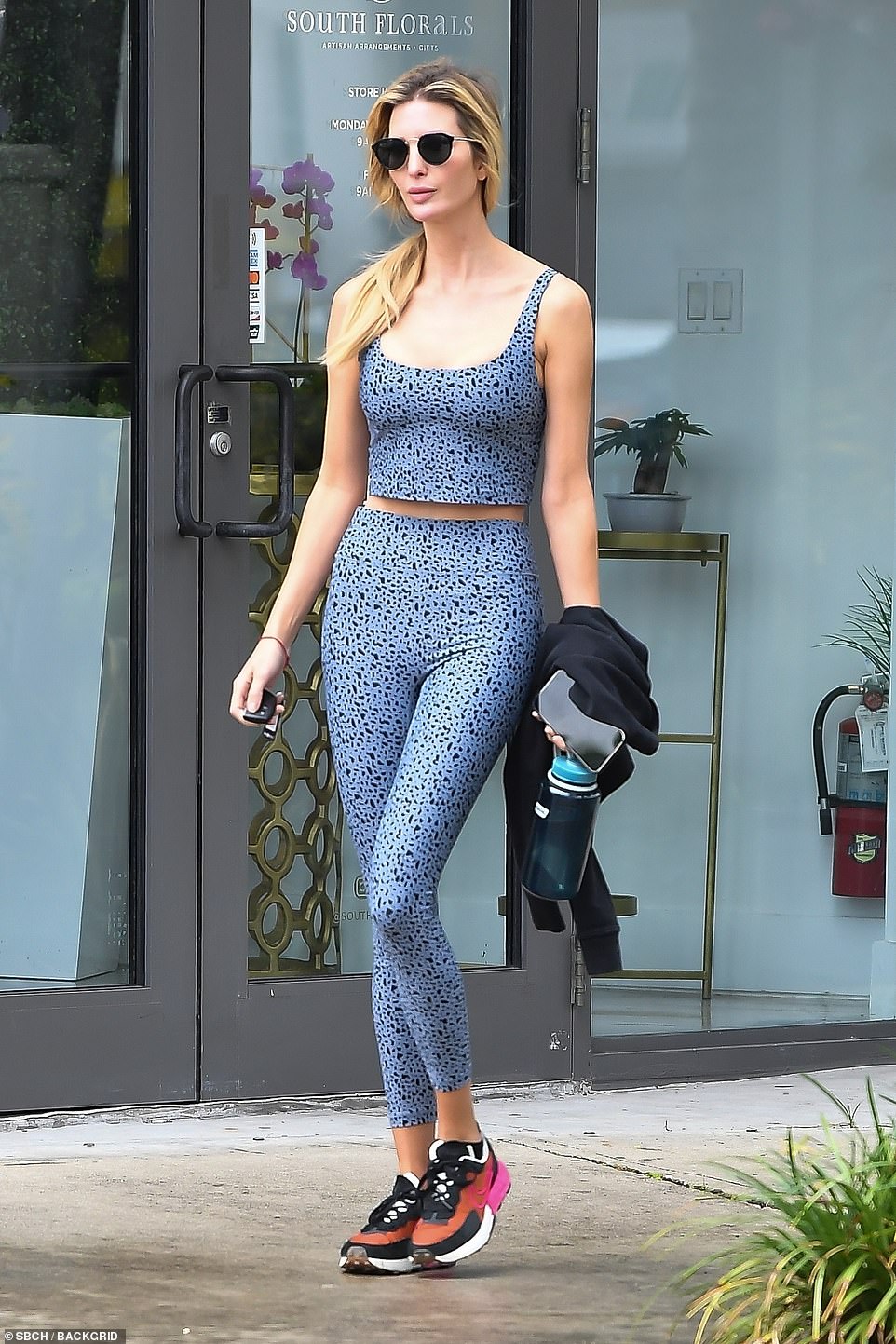 Ivanka had a red string bracelet on her wrist, which she has been wearing off and on for years 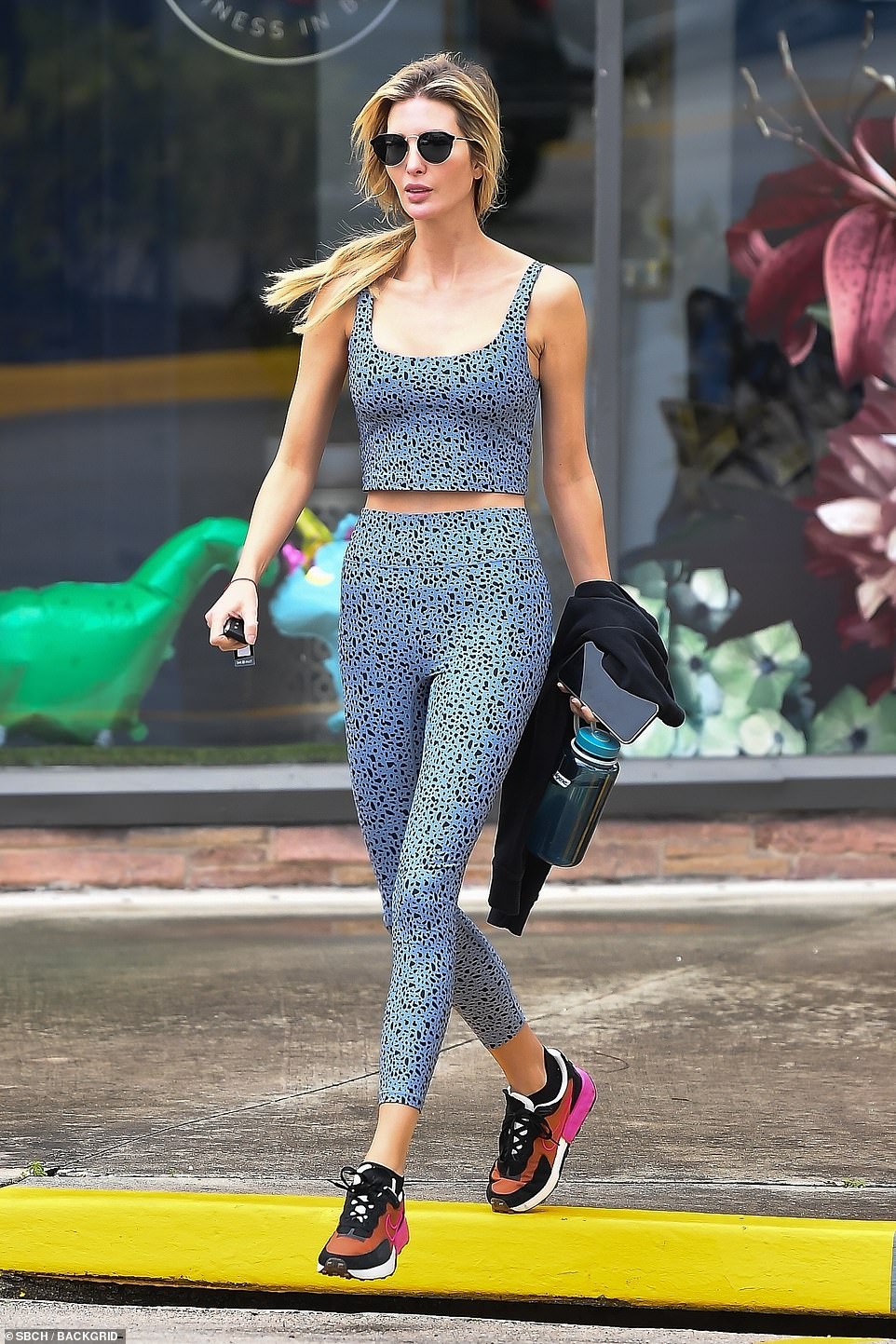 Although she hasn’t spoken about the purpose of the bracelet, it does bear a resemblance to the type of red string that Kabbalah practitioners wear to ward off the ‘evil eye’

Ivanka seems to have had the travel bug as of late, and she enjoyed a number of international and national trips this fall.

She celebrated her 41st birthday back in October with getaways to Prague and Utah. The next month, she and her family jetted off to the Middle East for the Thanksgiving holiday.

Their travels started in Egypt, where they rode camels and toured the pyramids. They then headed to Qatar to watch the World Cup and attended a total of four matches.

The family vacation came just weeks after Ivanka announced that she was done with politics and that she would be prioritizing her private life instead of joining her father Donald Trump’s upcoming presidential campaign.

‘I love my father very much. This time around, I’m choosing to prioritize my young children and the private life we are creating as a family,’ she said. ‘While I will always love and support my father, going forward I will do so outside the political arena.’ 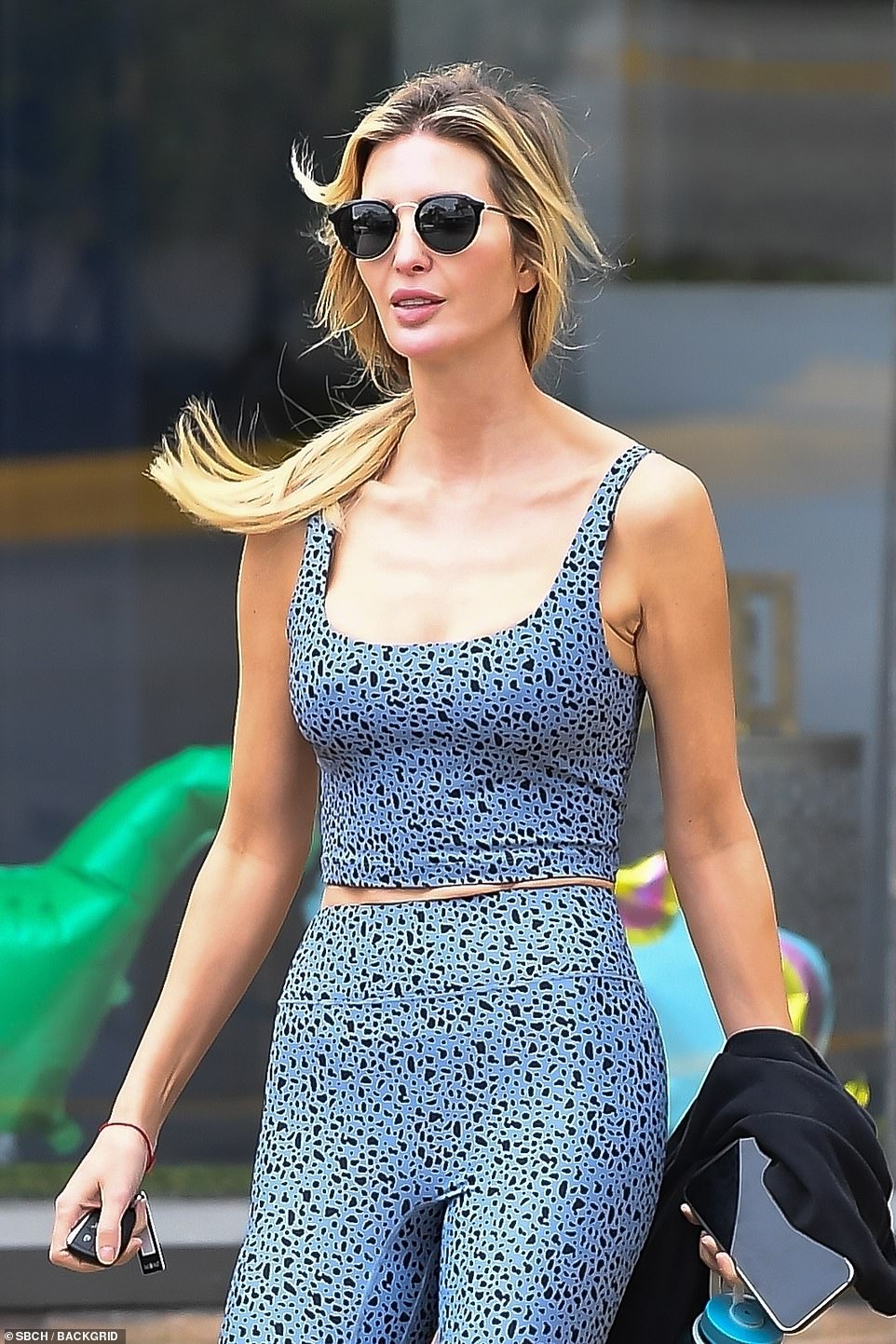 The former first daughter once again had her keys, cellphone, and water bottle in her hand 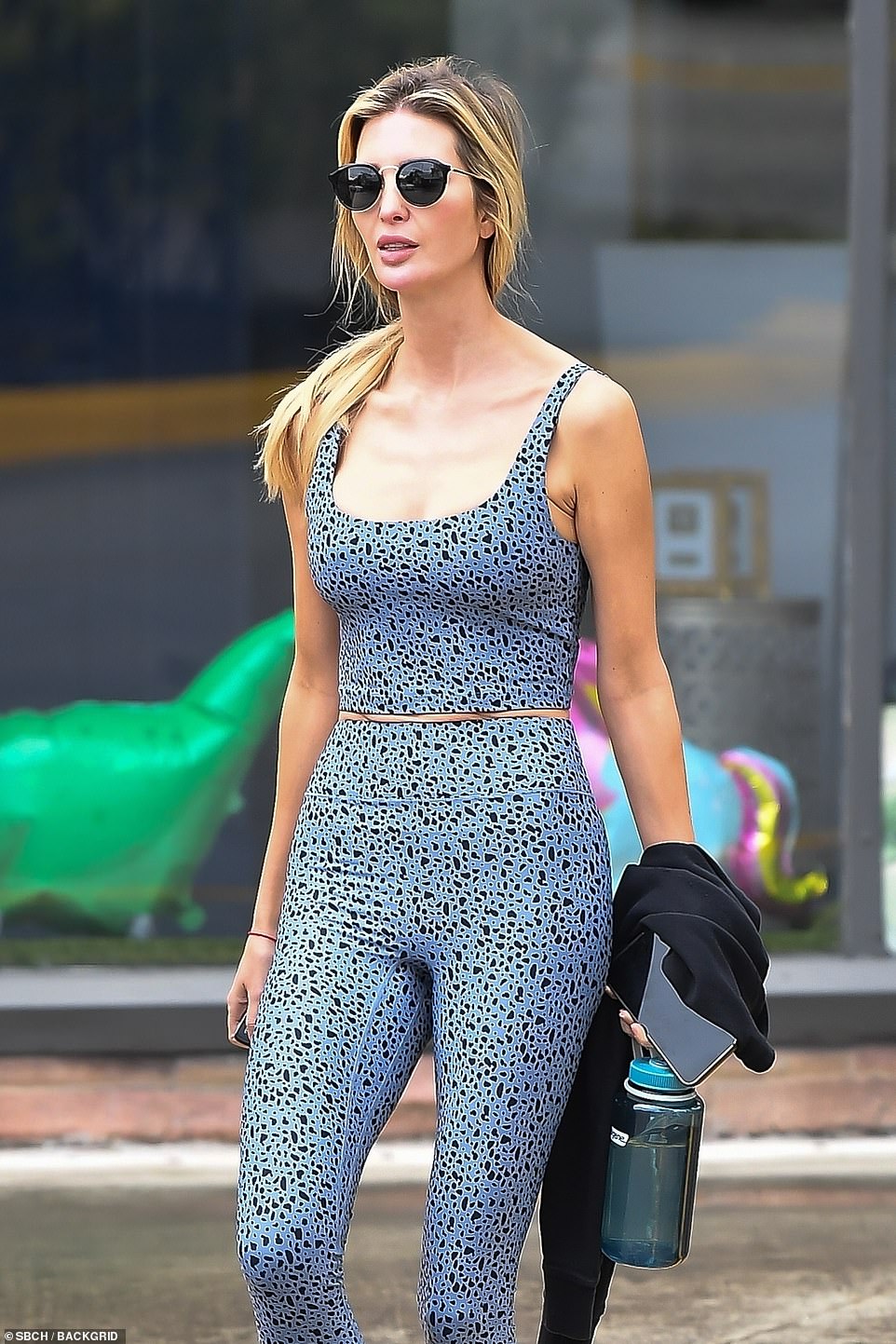 A few days before, Ivanka was seen enjoying a run with her husband Jared Kushner 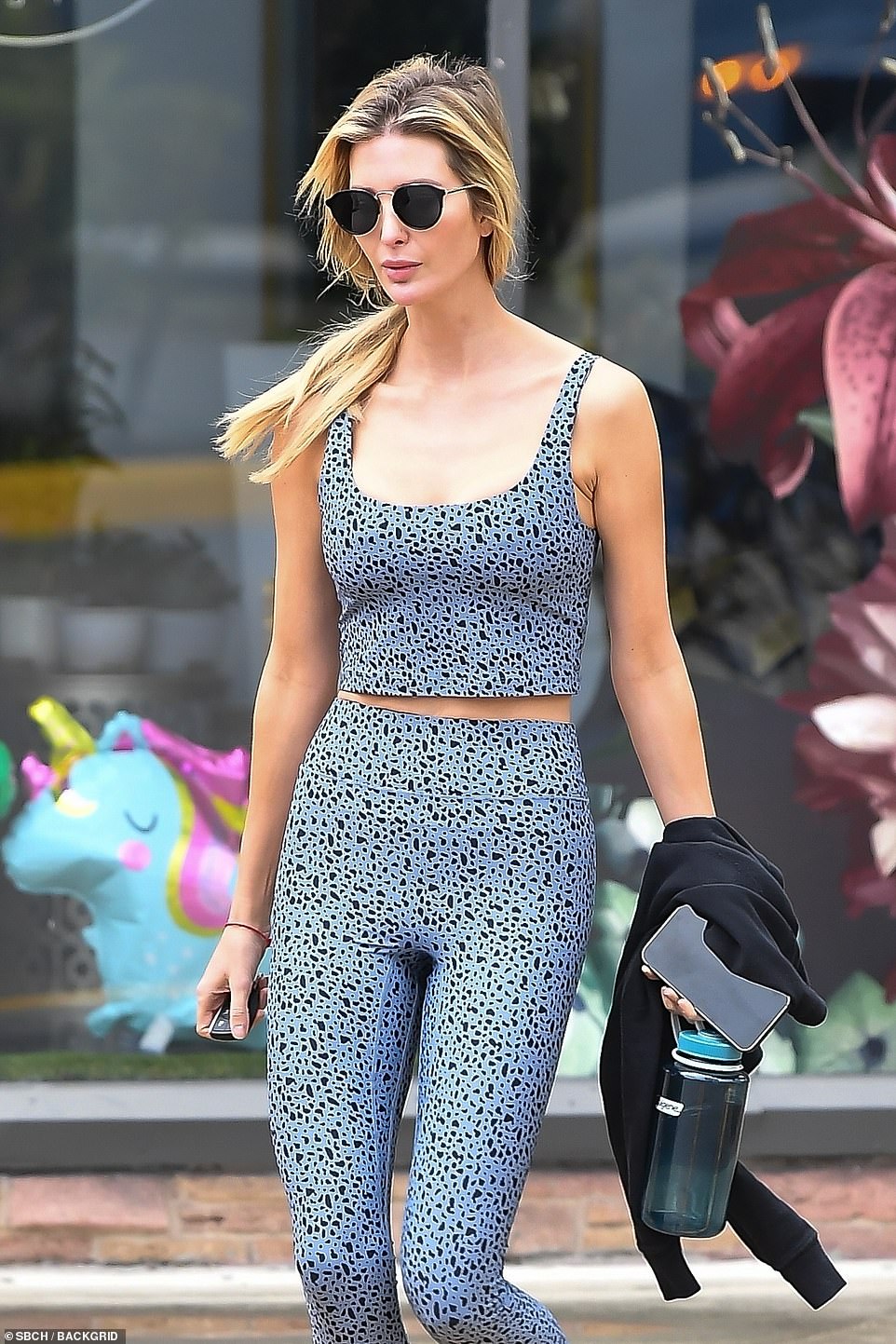 Ivanka and Jared, who both served as advisers during her father’s presidency, moved to Florida after they left their posts at the White House in early 2021.

Jared cut ties with his father-in-law after he hosted antisemitic rapper Kanye West and Holocaust denier Nick Fuentes at his Mar-a-Lago compound for a dinner last month, New York Magazine reported on Friday.

The revelation was provided by insiders familiar with the matter, who told the outlet that he ignored requests from Trump’s camp to help with his 2024 presidential campaign.

Instead, the former top Trump aide, who oversaw Trump’s most recent, ill-fated re-election bid, has taken to handing out the ex-head of state’s number to supplicants, so that they can call him directly to avoid acting as an intermediary.

If legitimate, the claims bolster previous reports the former fixer and his wife are fed up with the family patriarch, who announced his third campaign on November 15,  two days after welcoming West and Fuentes 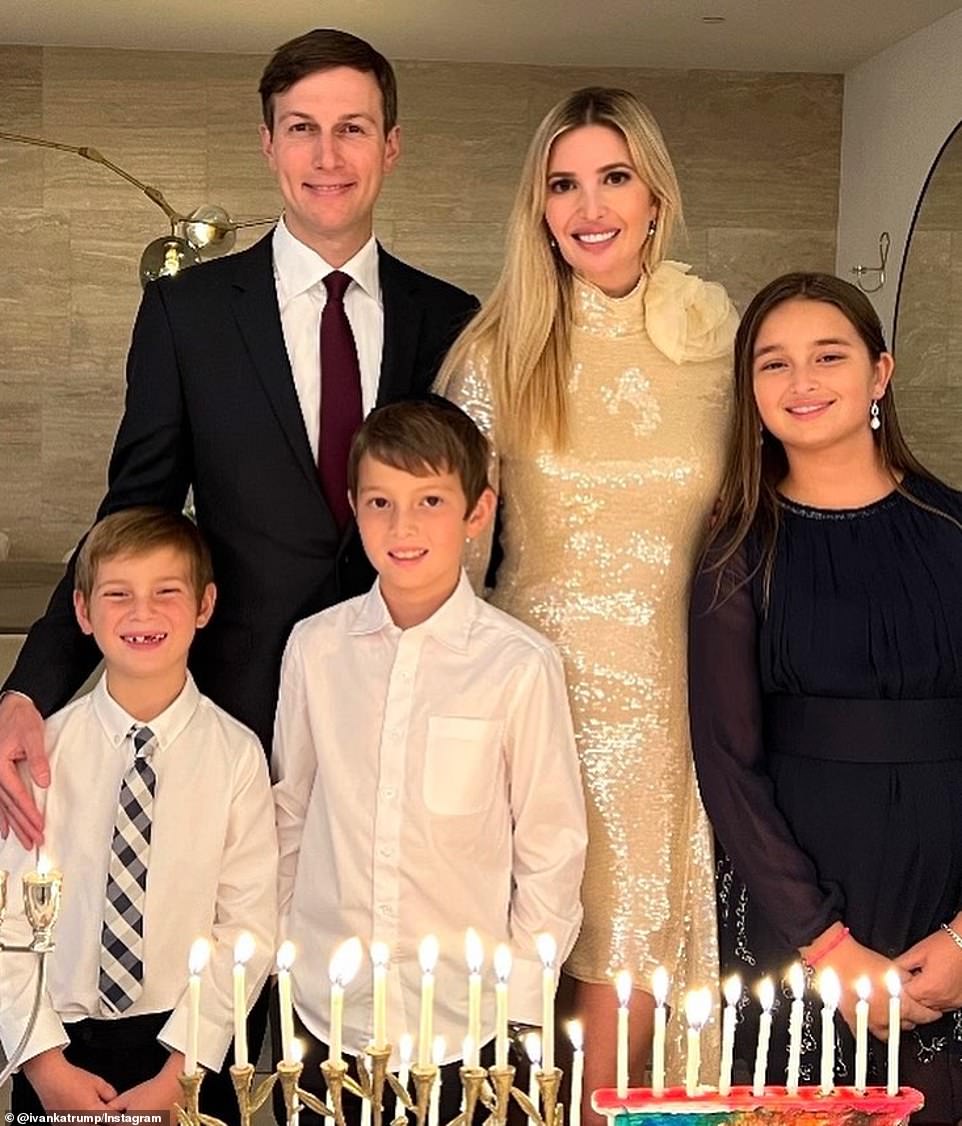 Ivanka’s trip to the gym followed her family’s Hanukkah celebrations earlier this week. ‘Wishing all who celebrate a warm and peaceful last night of [Hanukkah],’ she captioned a family photo on Instagram 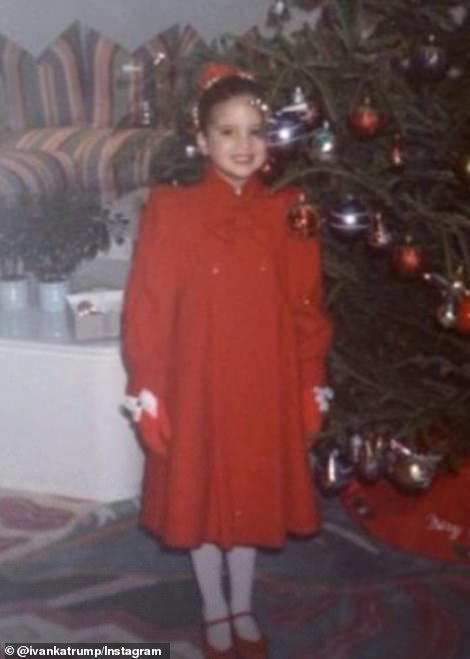 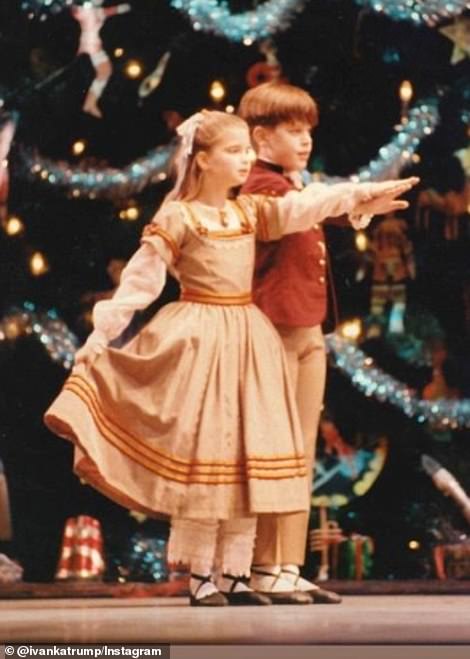 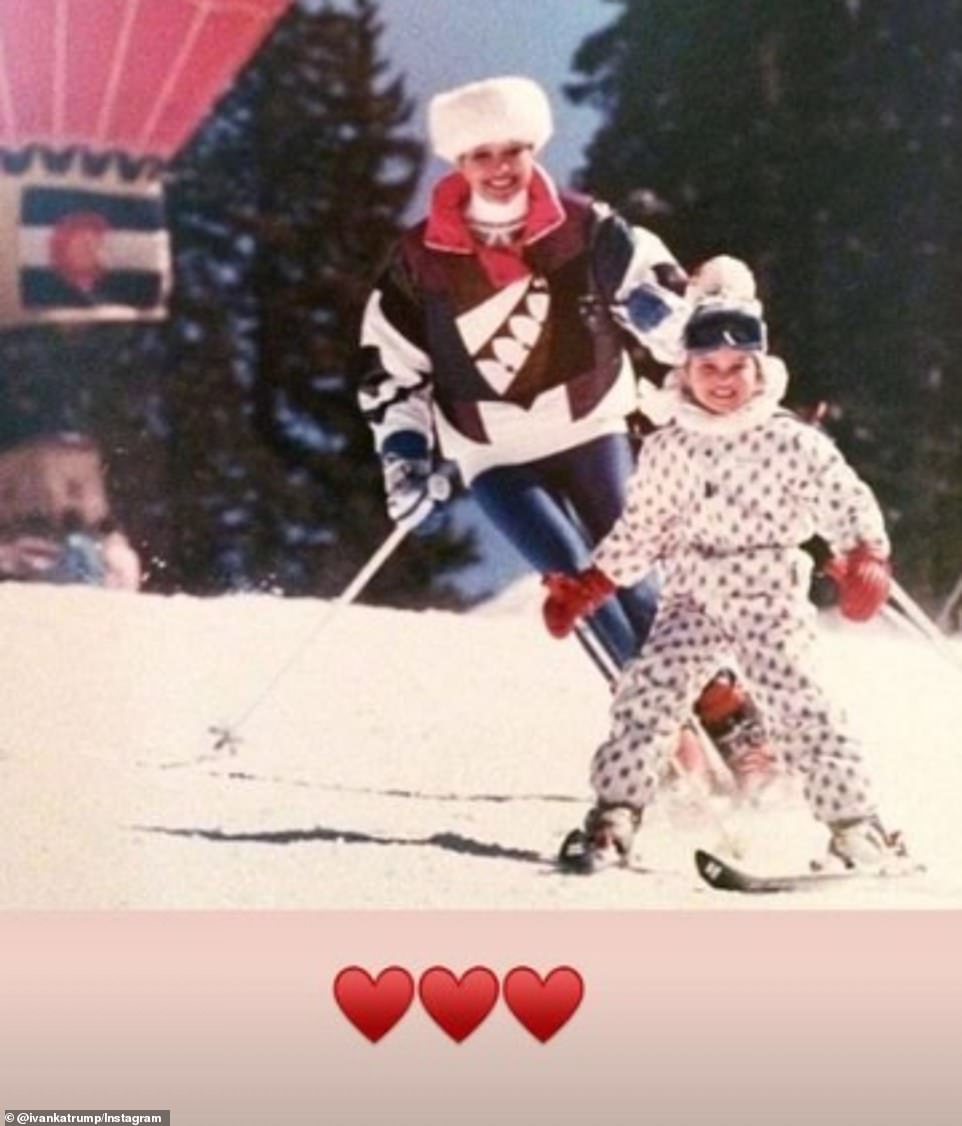 One of the snapshots showed her skiing with her late mother Ivana Trump, which she captioned with three hearts 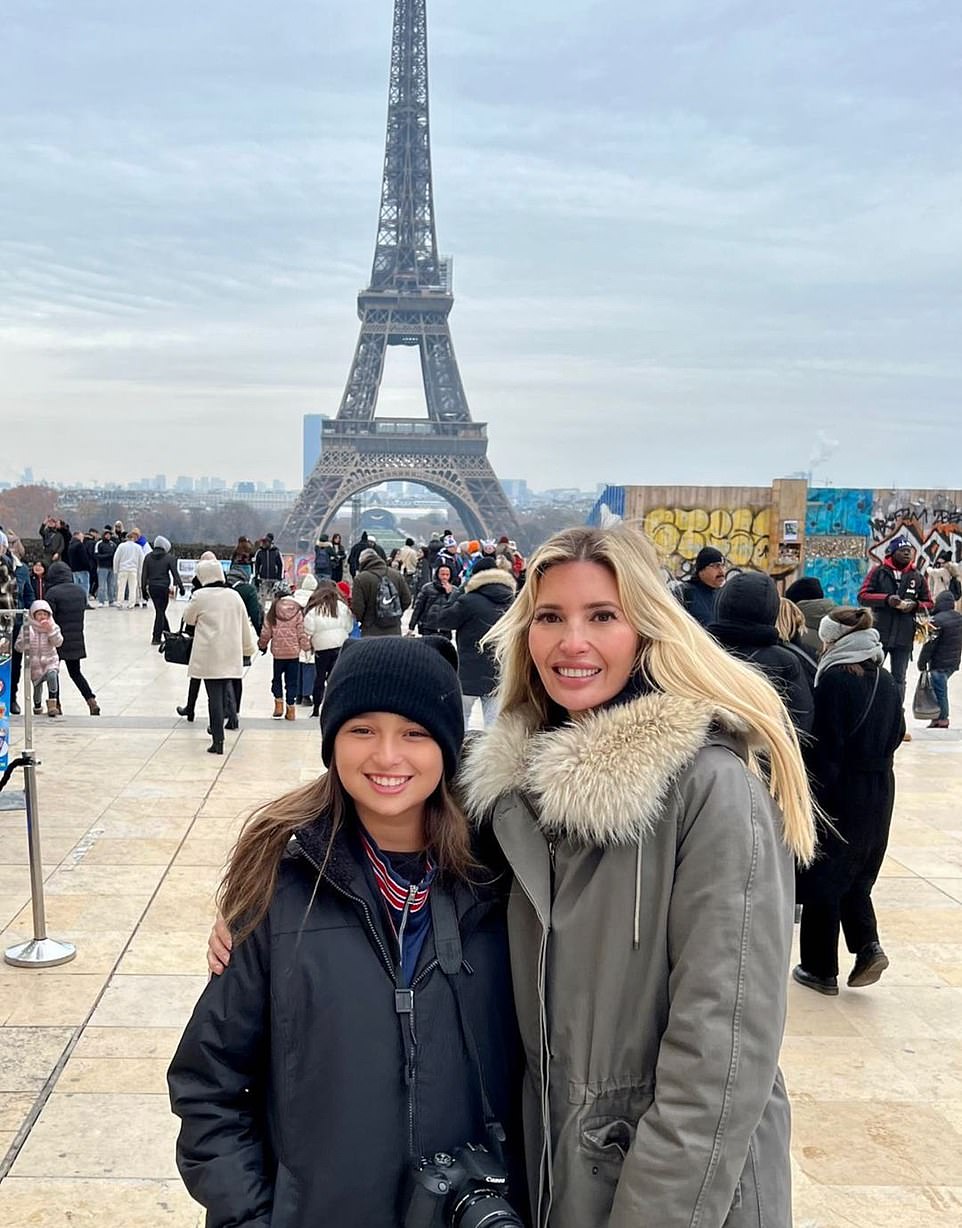 Ivanka spent the first part of Hanukkah in Paris with her only daughter, 11-year-old Arabella

‘He was like, “Look, I’m out. I’m really out,”‘ the source told the magazine, adding that the dinner with Fuentes was the last straw for Kushner, who in the past would have been responsible for addressing such a controversy.

Another source, also speaking on the condition of anonymity, added the only reason Kushner attended Trump’s campaign kick-off event at Mar-a-Lago was because he felt a sense of ‘familial obligation.’

However, Trump has claimed that he asked Ivanka and Jared to steer clear of his latest campaign in a bid to shield them from the ‘nasty’ world of politics.

‘Contrary to Fake News reporting, I never asked Jared or Ivanka to be part of the 2024 Campaign for President and, in fact, specifically asked them not to do it — too mean and nasty with the Fake & Corrupt News and having to deal with some absolutely horrendous SleazeBags in the world of politics, and beyond,’ he wrote on his Truth Social page on Monday.

‘There has never been anything like this ‘ride’ before, and they should not be further subjected to it. I ran twice, getting millions more Votes the second time (RIGGED), & am doing it again!’