JAMES KIRKUP: The gift every dad needs this Father’s Day…

JAMES KIRKUP: The gift every dad needs this Father’s Day… the courage to spend less time slaving in the office

For many dads, particularly those with young children, today is a day of indulgence and enjoyment.

It’s Sunday, after all, a day when most of them have a respite from work. But it is also Father’s Day, that annual celebration of a man’s role at the heart of the family.

We don’t celebrate it enough – nor do most men get to enjoy it as much as they should.

Tomorrow it’s back to the daily grind – and the likelihood is that it will be five long days before the average father gets another chance to spend any quality time with his kids.

That needs to change. 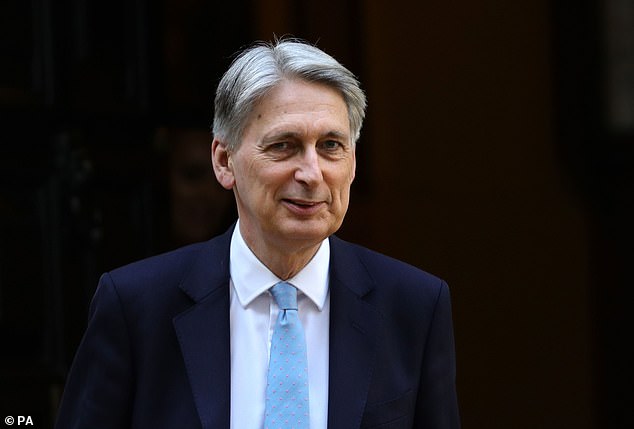 Strong economy: The Chancellor wants an economy that is strong for men and strong for women

For my family, it already has. This is because, seven years ago, I realised I wanted to work part-time.

Then, I was still a political reporter, spending my evenings at a desk or in a Westminster pub, forever on the phone to contacts and the office.

One night in the Red Lion on Whitehall I was talking about fatherhood to a friend who had once held one of the most senior – and intensive – jobs in Government.

He got that job just as his first child was born, and so he effectively missed three years of bedtimes and bath times, smiles and stumbles.

Then, as is the way in politics, he lost the job and shifted to a different role – less senior but far more flexible – just in time for his second child to be born.

He and his family were much happier, but he still felt the impact of those early years, admitting to me: ‘I have a much better relationship with our second than with the first – no matter how hard I try, there’s not the same connection.’

Is any job worth that price?

I don’t think so, which is why, four years ago, I eventually made the leap and abandoned the traditional five-day week.

I’m in my office in London four days, but on Fridays I’m at home.

Those Fridays do feature some emailing and conference calls, but having that extra time works for us and is more than worth the earnings I gave up when I made the shift.

It is an unusual choice, and not just at Westminster where I still work – politics is often seen as a 24/7 job. Overall, part-time work is something that’s done by women, not men.

Across the whole of our economy, around 41 per cent of women in work are employed part-time. For men, it’s 13 per cent and that rate has stayed more or less flat for more than a decade.

That’s despite the fact that more men would like to work less.

One study last year found that 36 per cent of fathers would take a pay cut to have more time for their families.

Yet our work at the Social Market Foundation shows that three years after their last child is born, 92 per cent of fathers are still working full-time. Not only that, fathers actually start to work more after their children arrive.

The median male working week rises from 38 to 39 hours after having a child.

Now, for some men that might just be because they would rather spend a bit more time in the calm of the office than go home to face the challenges of a young family. (One friend once told me, half joking: ‘I could work less, but I couldn’t handle having to put the kids to bed every night!’) But the main reason fathers work more is economic. Kids mean costs and someone has to earn that money.

Here, things become complicated because of the interaction between male and female careers.

Becoming a mother too often causes serious damage a woman’s earning potential, and lasting damage at that.

Many women move to part-time working after having children, something that (unfairly) drives down their wages in the long term.

Calculations by the Social Market Foundation, where I work as director, show that ten years after having children, the typical first-time mother earns 11 per cent less than a first-time father.

Taking into account the difference in the number of hours they work, the wage gap rises to 19 per cent. So, over time, many couples settle for a life where it simply makes economic sense for dad to do the most work, since his hourly or monthly pay is much higher than mum’s.

For some people, that’s fine. But too often it deprives both parents of options. Women can’t do the work they’d really like to, while men have to do more work than they want to. The consequences of this can be grim.

It is now recognised that the mental health of British men needs more attention. Suicide is the biggest killer of men under 45 and our relationship with work is a central part of this sad story.

Studies show that men losing jobs or fearful of losing work are at much greater risk of suicide, a tendency that is significantly less pronounced among women facing similar economic troubles.

One theory is that the deep-rooted idea that a man bears primary responsibility for providing for his family makes job loss much harder to bear. Being the breadwinner is a heavy burden to carry. Sharing that load more evenly with women would be good for everyone.

The need for change is growing too. We are living longer and so we will work for longer.

Unless we’re careful, longer working lives will amplify the economic differences between men and women. Wage gaps experienced over longer careers will mean even bigger gaps between the savings and pensions built up by men and women.

More elderly parents needing more care from relatives could put new burdens on women, partly because men stuck in the role of breadwinner struggle to find the flexibility needed to help with caring duties.

This might sound dramatic, but unless we change the balance of work and family between men and women, rising life expectancy could reverse trends towards economic equality between the sexes.

More men working part-time is part of the answer.

As is so often the case, it might take a woman to sort out a problem facing men. Chancellor Philip Hammond has been reluctant to make the differences between the sexes a central part of economic policy, arguing that the Government’s job is to provide the strongest possible economy because that’s good for men and women alike. 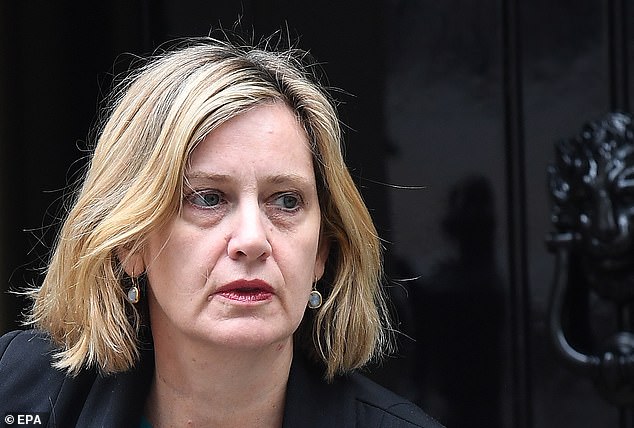 In the running : Amber Rudd is one of the contenders to become Chancellor of the Exchequer as the fight continues for the Tory Party leadership

The odds are on Britain getting its first female Chancellor of the Exchequer next month: Amber Rudd, Liz Truss and Nicky Morgan are all in the frame.

Whoever it is, she will have a chance to put the interests of working mums and dads on the agenda, perhaps starting with a fresh look at a system that makes childcare so expensive that many couples decide that only one of them can afford to work.

The same system that leaves too many women at home shut out of the workforce also confines men to full-time work that costs them time with their kids.

In the end, though, this isn’t something that Government alone can deal with.

Men have just the same right to ask for flexible working as women. It’s just that most don’t.

Since I went part-time, I have lost count of the number of friends who have said that they would like to do the same but don’t feel they can even ask their employer about it.

Too many workplaces are still dominated by a male-driven long-hours culture.

‘The guys above me all got where they are by working all hours and missing their kids growing up. They think that a man who’s not willing to do the same isn’t serious about the job,’ says a friend who works in finance.

Encouragingly, there are some signs that things are changing.

Big employers are increasingly recognising the importance of helping staff balance work and family. Younger men are more willing to take the plunge and ask for flexibility. But they still need role models in senior positions.

We need more high-profile men who do big important jobs to show that you can succeed at work without 60-hour weeks and missing sports days and birthdays.

Believe me, working less to spend more time with your kids really is something you will never regret.

But it’s not all football in the park and watching cartoons in your pyjamas. Less work at the office means more time for housework.

So here’s my advice, dads: enjoy Father’s Day this year, and in future try to work less – and Hoover more.