Jennifer Lopez made a surprise appearance at the 2021 MTV Video Music Awards when she appeared on stage to present Olivia Rodrigo with ‘Song of the Year’.

Jennifer Lopez, 52, is back in New York after her viral red carpet moment at the Venice Film Festival, and she surprised everyone by appearing at the 2021 MTV Video Music Awards. The singer stepped out in a leather lace-up crop top, which exposed her toned abs, as she presented newcomer Olivia Rodrigo with “Song of the Year.” She paired her top with a sequin-embellished mini skirt and towering, nude stilettos. Of course, JLo looked ultra glam with her hair styled in loose waves and a smokey eye makeup. 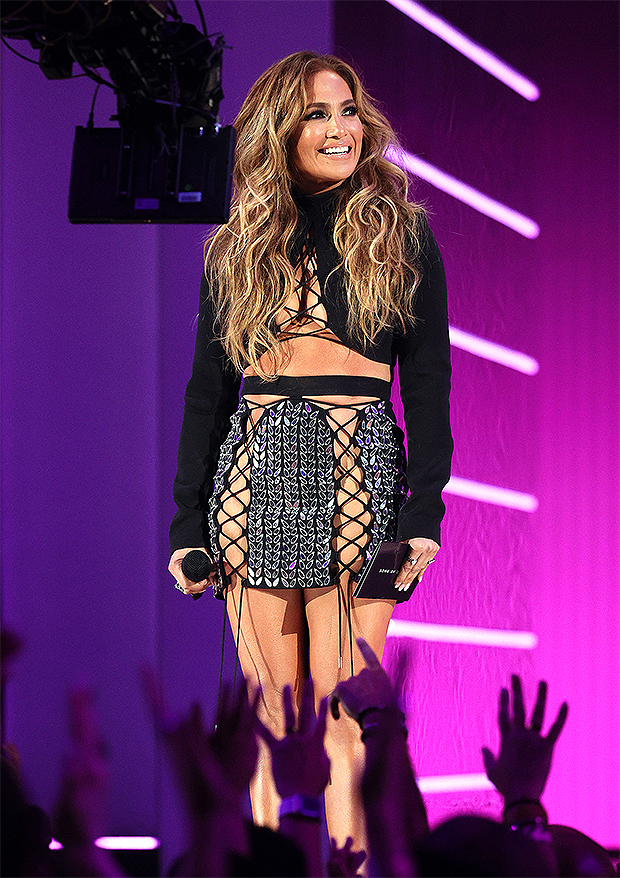 The surprise appearance comes a few days after JLo and her new beau Ben Affleck, 49, practically broke the internet with their red carpet debut as a couple. She looked sensational in a plunging white gown by Lebanese designer Georges Hobeika which featured crystal detailing around the front. The fitted dress also included a ruffle skirt with a high slit, which highlighted her toned legs and glowing tan.

A source recently spoke to HL about why she chose this specific dress. “She wanted this appearance to be the official mark of the beginning of carpets and outings for she and Ben. Wearing white was very important to her and her only direction from her team for this moment and she was adamant about it. She feels great,” the insider explained. 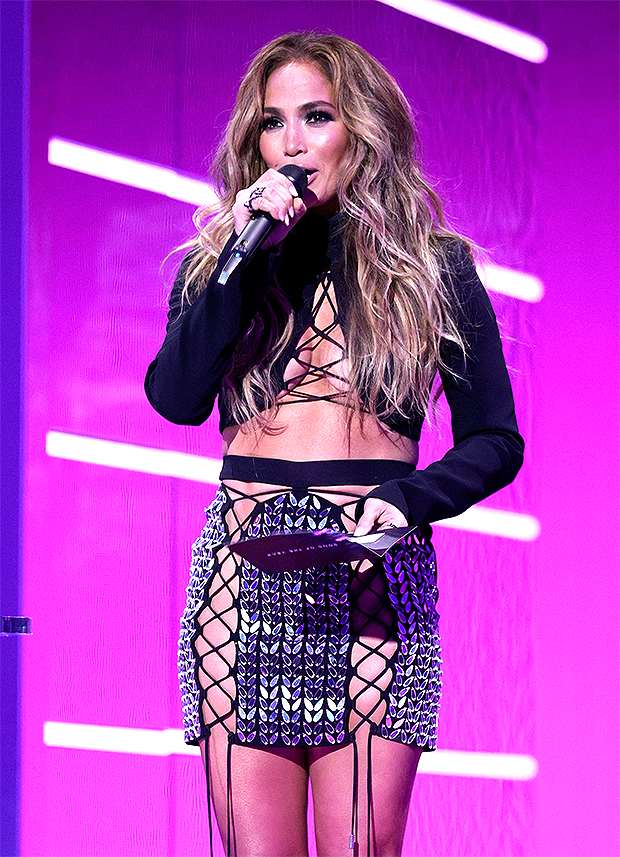 “Jennifer requested white dresses only for her red carpet debut with Ben. White symbolizes a new beginning and rebirth and she told everyone around her that this first appearance with Ben is an official rebirth of their relationship,” a source close to the On The 6 actress added. The date of their September 10 red carpet appearance was also significant when it comes to the Bennifer timeline. As fans would recall, the two called off their original nuptials on the same date exactly 18 years prior.