Justin Bieber returned to the American Music Awards stage for the first time in four years, performing a medley of hits like ‘Lonely’ and ‘Holy.’ Shawn Mendes even hopped on the stage for a duet!

The American Music Awards stage welcomed Justin Bieber, 26, back home on Nov. 22. Justin last took the award show’s stage in 2016, and the pop star kick-started his grand comeback by singing “Lonely” all alone on the stage, with only his reflection to keep him company as mirrors surrounded him from all sides. 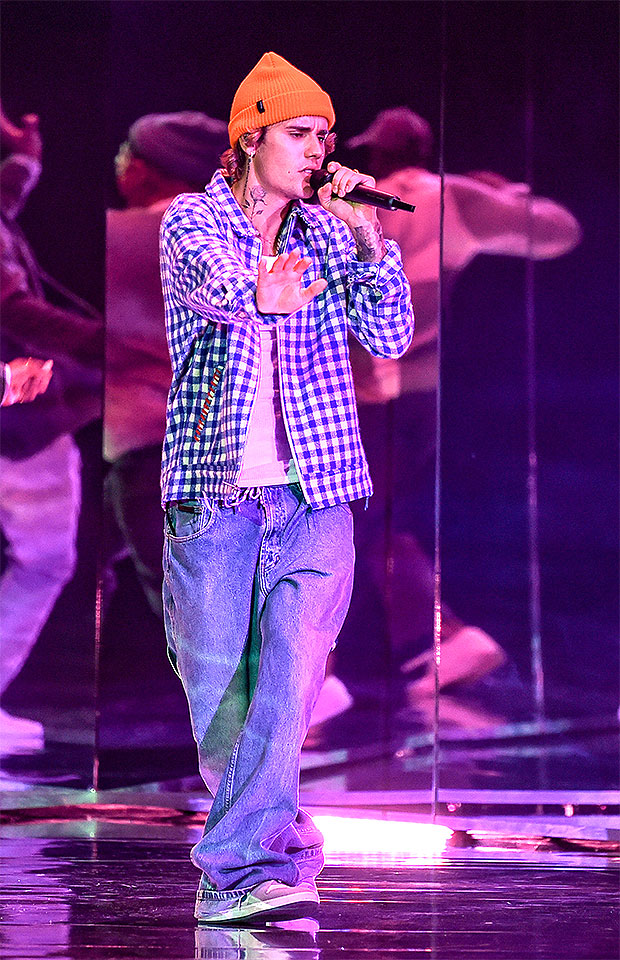 Then, the mood abruptly changed: purple lights flooded the stage and Justin transitioned into “Holy,” and a dance crew (all wearing face masks) joined the “Lonely” singer. As an added surprise, none other than Shawn Mendes hopped on stage — guitar in tow — to sing a duet to “Monster,” which is the Canadian heartthrob’s new collaboration with Justin. The stage suddenly transformed into a forest, channeling major Twilight vibes. 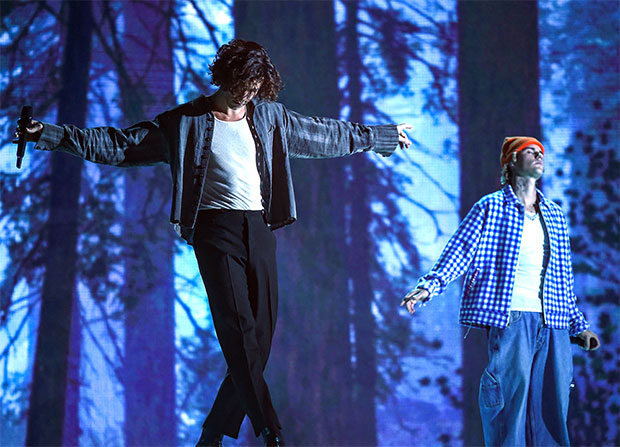 Justin and Shawn weren’t channeling the same style as the people of Forks, though. Justin instead took a cue from the ’90s in baggy jeans and a blue checked plaid jacket, while Shawn kept it classy in a dress top that was unbuttoned to reveal a white tank top, paired with black trousers and Chelsea boots. 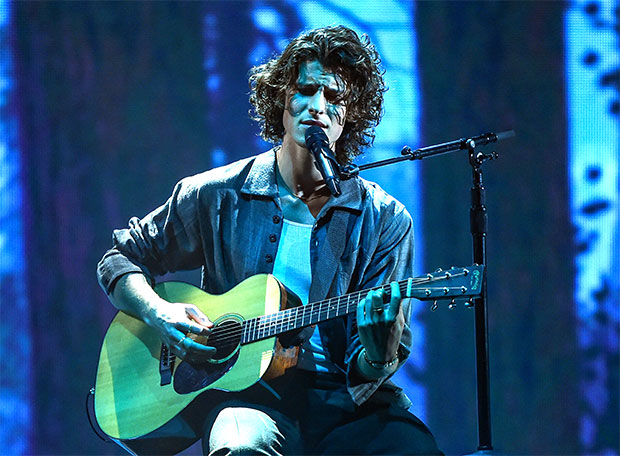 A lot has changed since Justin was last at the AMAs, as his new album’s name suggests! The Biebs dropped Changes on Feb. 14, his first studio album since his 2015 record Purpose. It produced multiple hits like “Yummy” and “Intentions,” but the Canadian sensation wasted no time getting back to work on music.

He offered an uplifting, yet emotional ballad amid the pandemic with his song and music video for “Holy” featuring Chance the Rapper in September, followed by an equally poignant track called “Lonely,” in which Justin opened up about the isolation of being launched to teen stardom at just 13 years old (both of which Justin performed tonight). The latter track also came with a music video in October, in which The Room star Jacob Tremblay played a young Justin.

Justin’s latest effort was his collaboration that he performed tonight with Shawn, “Monster,” which was released two days before the AMAs! Although Shawn once dated Hailey before she went on to tie the knot with Justin in Sept. 2018, it wasn’t awkward for all three of them to reunite in a home recording studio this past August. “[Justin] is looking forward to see what comes from this and future hangouts they have. If it leads to good music that would be awesome. If it leads to a great friendship, even better,” a source close to Shawn EXCLUSIVELY told HollywoodLife at the time. Justin’s collaborator also performed at the 2020 AMAs!

Justin has long been a big name at the AMAs. He has won 15 awards at the award show, beginning with the “New Artist of the Year” honor in 2010. This year, he’s up for three awards: “Artist of the Year,” “Favorite Male Artist” in the pop/rock category, and “Collaboration of the Year” for his “10,000 Hours” song with Dan + Shay.

END_OF_DOCUMENT_TOKEN_TO_BE_REPLACED

END_OF_DOCUMENT_TOKEN_TO_BE_REPLACED
Recent Posts
We and our partners use cookies on this site to improve our service, perform analytics, personalize advertising, measure advertising performance, and remember website preferences.Ok