All about Kat Dennings’ ‘unique’ engagement ring from Andrew W.K.

Does Kat Dennings have a bun in the oven?

The “WandaVision” actress has fans speculating that she’s pregnant after she posted a PDA-packed selfie with fiancé Andrew W.K. and captioned it, “think outside the bun.”

“Bun???? In the oven???” asked one follower in the comments section.

“Are you prego?” asked another fan, more bluntly.

The former “2 Broke Girls” star and rocker’s relationship came as a shock to fans, as she and W.K., 42, debuted their relationship on Instagram and then announced their engagement about a week later.

“Don’t mind if I do,” Dennings captioned the engagement pics, which included one of her left hand placed over W.K.’s. The other two photos show the couple kissing and Dennings showing off her fiery red manicure and her new rock.

W.K. — whose initials stand for Wilkes-Krier — posted the same three photos to his account but used a diamond-ring emoji as his caption. 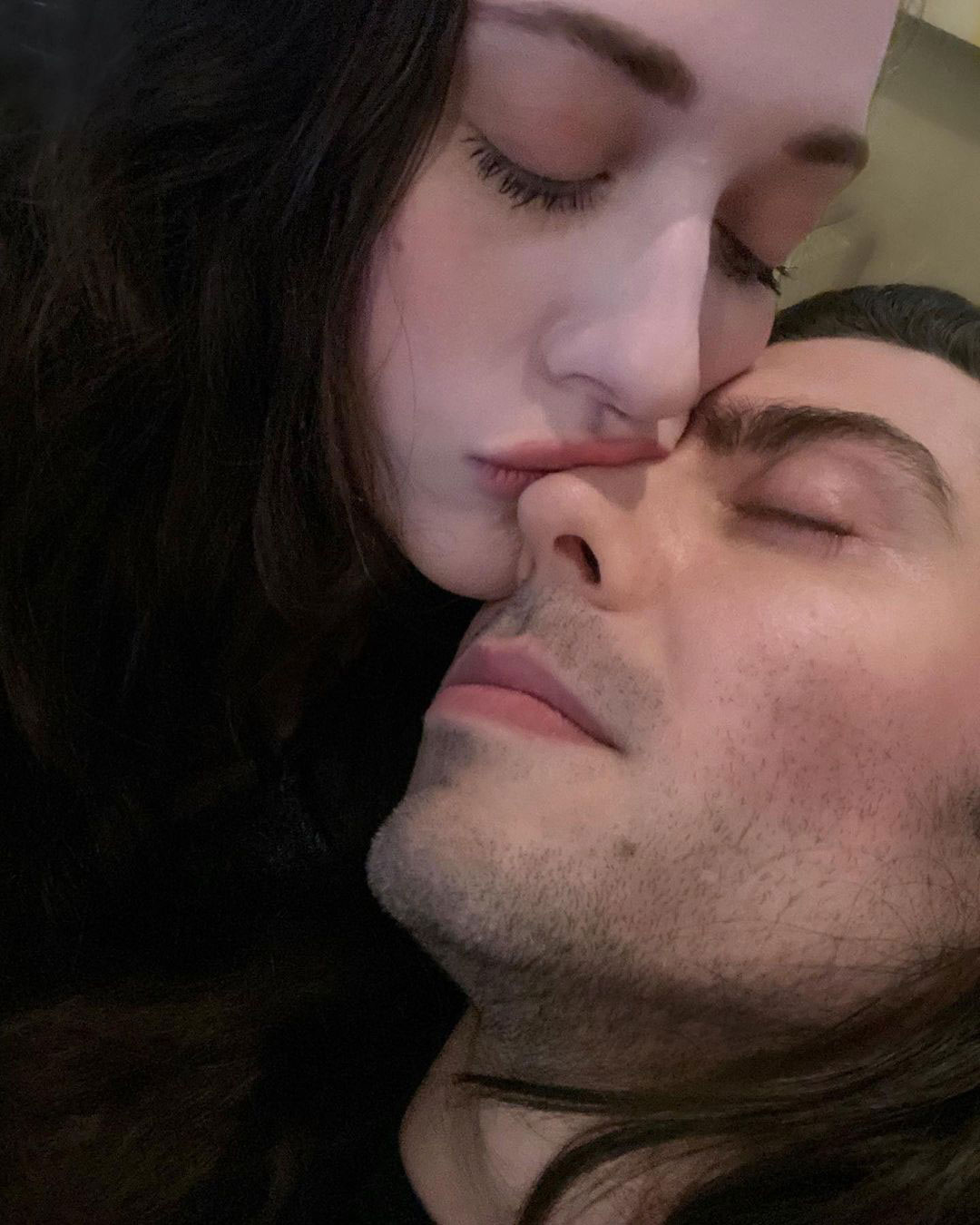 The “Party Hard” musician proposed to Dennings with a three-stone diamond ring.

“Kat’s engagement ring certainly makes a statement with what appears to be an emerald-cut center stone with two trapezoid diamonds flanking each side,” Mike Fried, the CEO of The Diamond Pro, told Page Six Style.

W.K. married Cherie Lily in 2008, but they “began amicable divorce proceedings in late 2019,” according to a press release promoting his new music.