Katy Perry made good on her promise to “play a whole different card” on the Met Gala 2022 red carpet.

The pop star is known for her love of over-the-top costumes, having dressed up as both a chandelier and a cheeseburger at the 2019 “Camp”-themed event.

But on Monday, she went in a new style direction, opting for an asymmetrical Oscar de la Renta gown featuring sheer black lace and a super-short skirt beneath its bustled train.

She accessorized her leggy “gilded glamour” look with see-through elbow-length gloves, a chic braided bun and clear heels, as well as Victorian diamond earrings from Briony Raymond totaling more than 10 carats and worth $425,000.

While fans may have been surprised at the understated yet sexy look, Perry told Page Six Style ahead of the event that she would be switching it up. 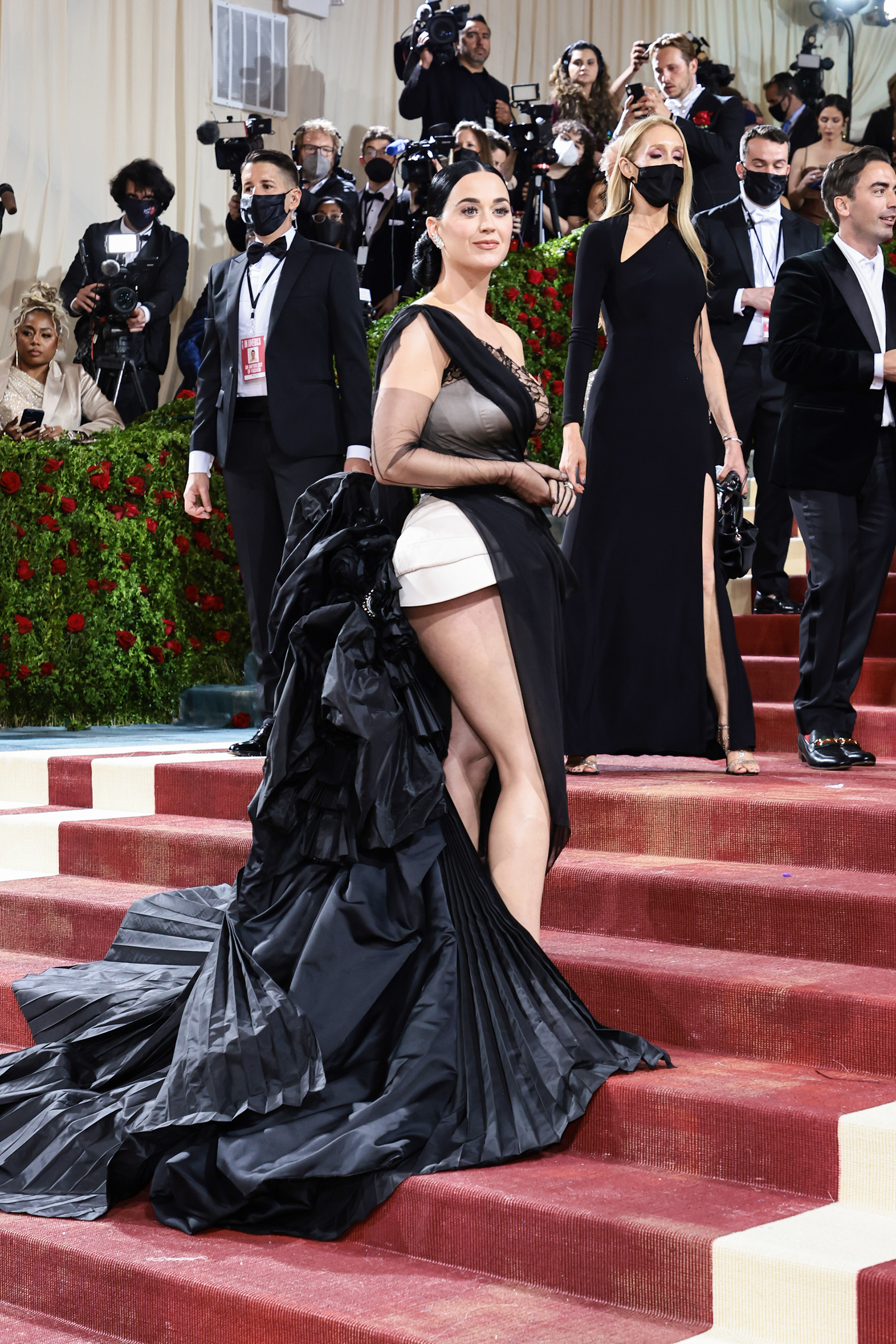 “You know, it would be pretty obvious for me to go play the kooky, crazy, wild, big, fun, colorful card,” the pop star said last month. “This time, I’m going to play a whole different card.”

“Maybe I’ll just come in a suit of armor or something,” Perry joked. “Maybe I’m not even going, because I’m going to send someone the armor and they’re just going to pretend to be me!” 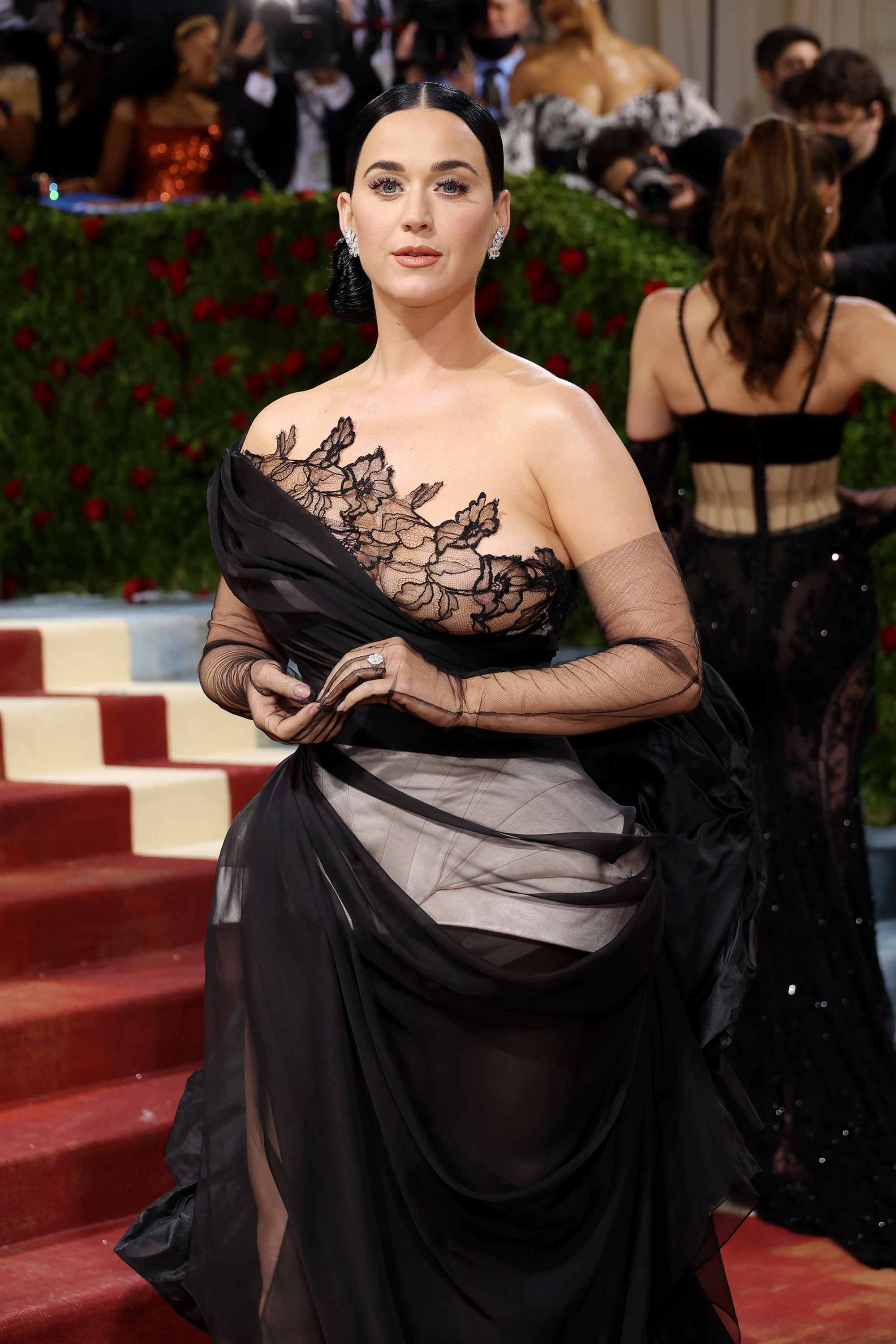 But the superstar did show up — and perhaps even gained the approval this year of Tom Ford, who recently shaded not only the Met Gala’s increasingly costume-y red carpet in general, but also Perry’s past looks.

“That used to just be very chic people wearing very beautiful clothes going to an exhibition about the 18th century,” the fashion designer said in an excerpt of Amy Odell’s forthcoming biography of Anna Wintour. 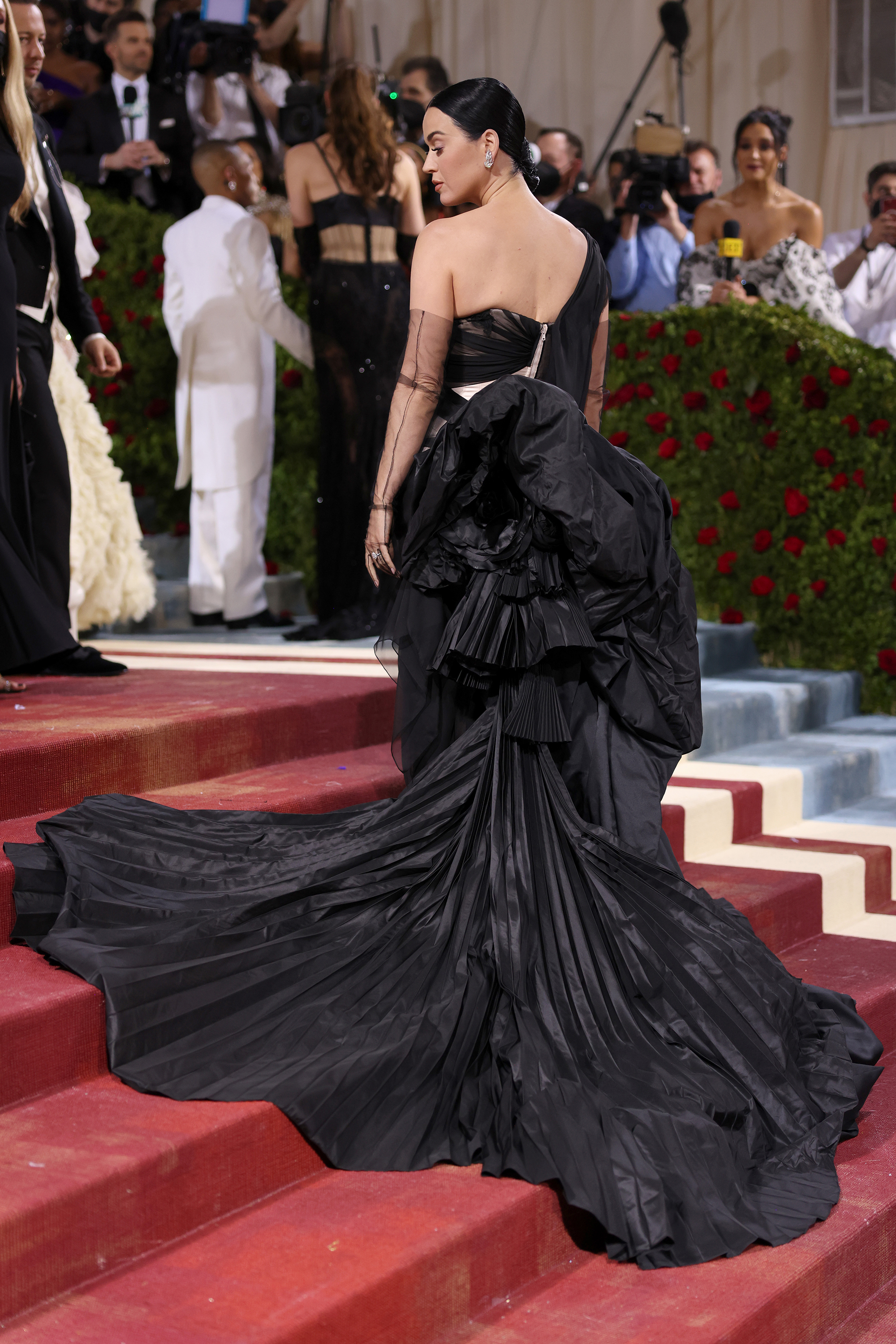 Alas, Perry’s not done playing dress-up; the star transformed into Ariel from “The Little Mermaid” — complete with a tail, which caused her to take a tumble — for “American Idol’s” recent Disney night.