Lady Gaga’s acting career has gone from strength to strength over the past couple of years. We’ve seen her bagging lead roles in films such as A Star Is Born and (most recently) House of Gucci, and it’s safe to say she’s now a certified triple singing/dancing/acting threat.

However, it turns out even the biggest stars don’t start off perfect, as Gaga’s been busy opening up about her past acting regrets.

Honing in on one previous acting role in particular, the actress has been throwing it all the way back to 2001 when she appeared in season 3 of US drama The Sopranos.

Reflecting on her mistakes in the role, she told Entertainment Weekly‘s Awardist podcast, “When I look back on that scene, I can see exactly what I did wrong in that scene. I didn’t know how to listen in a scene! I was supposed to laugh, and it was sort of like, cue, laugh…. I see it and I go, ‘Oh, that’s not a real laugh!'”

The actress went on to add that she’s since “grown a lot as an actor,” speaking in a preview clip from the podcast.

“The nuance and being specific as an actor is something that can grow over time if you’re willing to listen and really hear the other actor that you’re working with,” she explained, referencing her latest role as Patrizia Reggiani in House of Gucci. 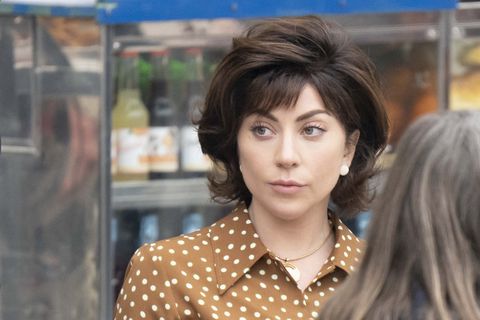 She continued, “I see a very non-specific actor [on The Sopranos], and now I see myself as someone who is at least really striving to be specific without thinking about it, and that requires a lot of work ahead of time.”

Gaga also went on to thank House of Gucci director Ridley Scott, calling him “an incredible director who creates a sanctuary for you on set to just fly.”

House of Gucci is out in cinemas now.