Home » Lifestyle » Lapsed bookworm? How you can get back into the habit of reading

Lapsed bookworm? How you can get back into the habit of reading

Are you reluctant to curl up with a good book? Were you once an avid reader, but you’ve lost the habit? Is there always something more important to do, or more TV series to binge watch, or more social media to scroll?

You are not alone. A UK study in 2015 revealed that almost a third of the population, about 16 million people, were lapsed readers. They had not read since leaving formal education, or because their reading habits had been interrupted by illness or a major life event, such as having a child. Nearly half said that lack of time was the reason they didn’t read, or didn’t read more frequently. We can assume similar figures for Australia.

The pandemic has had a contradictory effect on reading habits. Some people forced into lockdown leisure or working from home found a new joy and comfort in returning to books. Nielsen Book Australia, which tracks book sales, noted that after a steep decline early in 2020, figures picked up, with adult fiction sales rising by 13 per cent by mid-October. 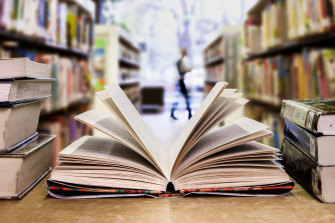 But not everyone was reading. Those juggling work and child care found their lives busier than ever. Others found heightened anxiety made it hard to concentrate for anything other than short periods – which rules out sustained reading.

Yet apart from sheer pleasure, there is much to be gained from reading books. The UK study, from Quick Reads and Dr Josie Billington at the University of Liverpool, showed that readers felt happier about themselves and their lives. Reading for just 30 minutes a week produced greater life satisfaction; enhanced social connectedness and sense of community spirit; and helped protect against and even prepare for life difficulties.

So how can lapsed readers regain the reading habit? The first thing is to make the time. “Set aside 10 to 15 minutes of your day to start with,” says former Miles Franklin judge and Sydney bookseller Lindy Jones. “Even if it’s just waiting for the jug to boil for your tea or coffee. Put down the device, pick up a book. After a week or two, you might just find yourself absorbed into the habit again.”

You need to stop feeling guilty about not reading. Kate Torney, chief executive of the State Library of Victoria, was one of those who read more avidly during the Melbourne lockdown. She powered through three to four books of fiction a week, reading in her garden during lunch break or listening to audio books when out exercising. And yet she still hadn’t quite let go of guilt.

“I used to call that pile of books next to the bed my guilt pile,” she says. “Then my 80-year-old mother said to me ‘That’s a pile of joy, waiting to be discovered’.”

Another guilt to give up is the fear you’re reading the wrong kind of book. “There’s nothing wrong with reading in any genre,” Jones says. “Read romance novels if they bring some pleasure to your day. If you enjoy light comedy, heavy politics, serious science, far-fetched fantasies, old-fashioned crime, narrative histories – whatever, it doesn't matter. We need fairy floss as well as broccoli.” 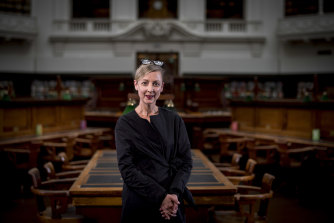 If you’re not enjoying a book after the first 30 to 50 pages, don’t feel obliged to continue. Pick another. “There are thousands of books to choose from, but you never need to feel overwhelmed, just excited at the possibilities,” says Jones. Ask a bookseller for advice: “A bookshop is one of the last places where you can be given such personalised service.”

Other sources of reading inspiration are the longlists and shortlists for literary prizes, says Torney: “My go-to list is for the Stella Prize.” If you want to read about places and people you know, try the shortlists for your state premier’s literary prize. Another pleasure is re-reading books you loved as a child, or books by a favourite author. 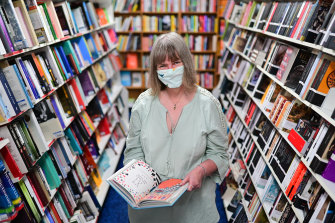 For the time-poor, maybe don’t start with Barack Obama’s 700-plus page autobiography. Torney recommends short reads (stories or poems), or audiobooks while doing something useful. She loved Claudia Karvan reading Kate Mildenhall’s The Mother Fault, and Caitlin Moran reading her own book, More Than A Woman. And with her teenage son she listened to the audio version of Trent Dalton’s Boy Swallows Universe in a three-day binge in the car.

For many the hardest habit to break is doomscrolling on social media, even though it’s not satisfying. “It leaves me a little bit on edge, a little bit ratty,” says crime novelist Dervla McTiernan. “I’ve started plugging my phone in downstairs when I go to bed.

“This was a lot harder than it sounds in the beginning – I’m as addicted to the damn thing as anyone else. But now that the new habit has settled in, I’m reading more at night and I’m much more relaxed when I turn the light off. I’m sleeping better, and generally feel happier.”

If you really can’t give up your phone, there are apps to bring you books in bits. One is Serial Reader, which offers a huge range of public domain classics to choose from, then sends you a short instalment from your book every morning that takes up to 20 minutes to read. When you finish, you get a little note of encouragement and a spray of confetti.

McTiernan is an ambassador for Australia Reads, a joint industry initiative from booksellers, libraries, publishers and writers to get more Australians reading. So why does reading matter so much? “I love that reading brings people together when there is so much in life now that drives us apart,” she says. “Social media and the political situation worldwide seem to be forcing us into ideological camps.

“It’s difficult to feel for people when your social media feed is soaked in rhetoric. It’s too easy to see people as other and lose our humanity. The best fiction brings our humanity back.”

“Stories matter, and our memory and interpretation of story, and understanding someone else’s point of view and walking in their shoes,” Torney says. “It’s so valuable for how we live our lives.”

“Reading has always been a way to learn about the shape of the world,” says Jones. “The insides of other people's heads, or their hearts. The mistakes humanity has made, and the triumphs. Beauty and invention and deep thoughts and entertaining divertissements. Interesting trivia that sticks, or beautiful use of words that leave impressions. Long meandering arguments, clear concise explanations. Light and dark.

“It can all be found in reading; and a lot more besides… Just pick up a book, it's all there waiting.”

Five books to get you started

Boy on Fire: The Young Nick Cave, Mark Mordue: A sticky carpet odyssey. The first volume of Mordue’s long-awaited biography looks at the formative years of the dark prince of Australian rock 'n' roll, when he was already shaping his artistic future.

Loving Country: A Guide to Sacred Australia, Bruce Pascoe and Vicky Shukuroglou: The latest in Pascoe’s series of bestselling books about country. This one has collected Indigenous stories of place to enrich our understanding and to help us to fall in love with our land, a journey enhanced by beautiful photographs.

Tell Me Lies, J. P. Pomare: Why does a respected psychologist push one of her clients in front of a train? Cracking thriller from an Australian writer who knows his craft; it will hold the attention of the most jaded reader.

The Decameron Project, New York Times: If you want to start with a book of short stories, this is the one. In the tradition of Boccaccio’s tales of plague, the newspaper commissioned 29 stories from big-name authors, from Margaret Atwood to Charles Yu, all inspired by the Covid 19 pandemic.

Concrete Rose, Angie Thomas: From the author of The Hate U Give, an exploration of a Black boy’s coming of age in a gangster family facing conflicting loyalties when he suddenly becomes a father. A young adult book that will appeal to all ages.

END_OF_DOCUMENT_TOKEN_TO_BE_REPLACED

END_OF_DOCUMENT_TOKEN_TO_BE_REPLACED
Recent Posts
We and our partners use cookies on this site to improve our service, perform analytics, personalize advertising, measure advertising performance, and remember website preferences.Ok