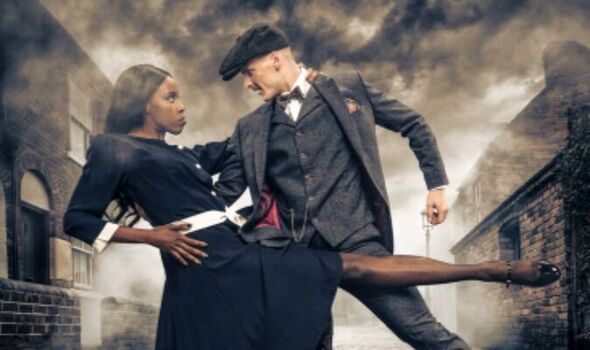 The new show from Rambert Dance, called The Redemption of Thomas Shelby, begins in the trenches of the First World War. Steven has written the story, a tragic tale of love between Grace and Peaky Blinders Boss Tommy Shelby, played in the TV series by Cillian Murphy.

Steven said: “What I’d say to those who wouldn’t normally go to see dance is that the most popular show on BBC Saturday primetime is a ballroom show. If you love Strictly, you’ll love this.”

He wrote the script in the same way as he would for TV, just without dialogue.

“I started to write the way people move, what they’re doing, then handed the scripts over to Benoit Swan Pouffer [the artistic director]. He has interpreted it in such a fantastic way. I’ve seen the rehearsals – it’s mind-blowing.”

“When I see the fight scenes I’m thinking to myself, They’re gonna hurt themselves.”

On the popularity of Peaky, Steven, 63, describes it as the “gift that keeps on giving”, with a film set around the Second World War due to be shot soon.

“It has caught the imagination of people in so many different places – Buenos Aires, Rio, Eastern Europe, too, especially in Ukraine.”