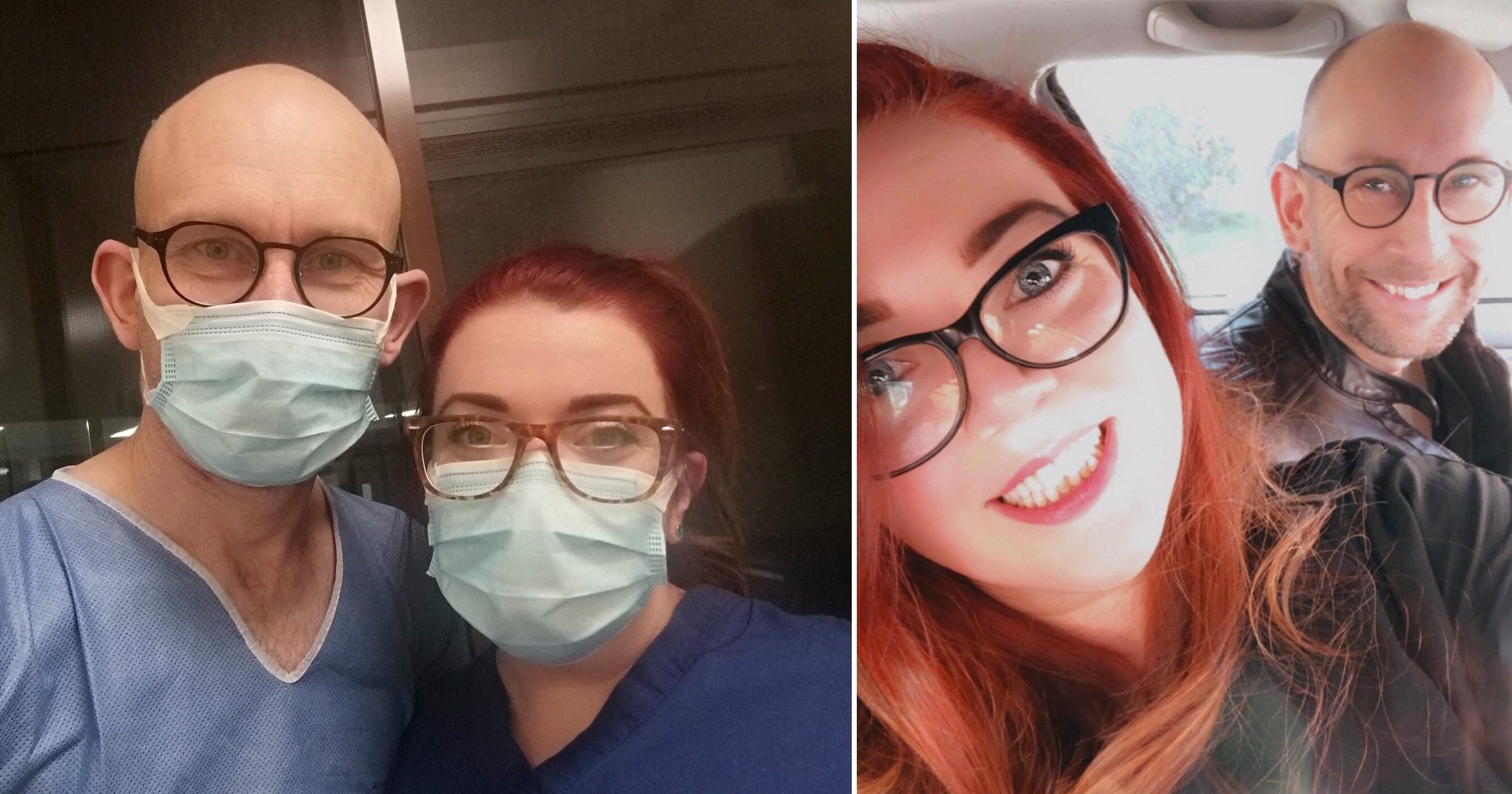 Two medics have found love while caring for intensive care patients during the pandemic.

Ollie Foster and Helen Birch discovered they had chemistry while working alongside each other in ICU.

The pair fmet when Helen, an operating practitioner, was redeployed and started working in the same department as Ollie.

Due to their PPE, the duo could only really see each other’s eyes – but this was enough for them to form a special connection.

Ollie, an ICU nurse, said: ‘Helen was helping out in ICU in our hospital because of her critical care background. She was assigned to be my “buddy.”

‘We were total strangers and had never come across one another before, but we connected immediately and could communicate so easily, even non-verbally as it was like we were communicating through our eyes.

‘We worked so well together as a team, we bounced off each other straight away.

‘We were dressed head to toe in PPE, so at first we didn’t even know what each other properly looked like. All we could see were one another’s eyes.

‘She has amazing eyes. They drew me in.’

Romance soon blossomed after they shared a break together one day. This was the first time they properly had the chance to see one another – without the PPE

Ollie added: ‘After a long day at work, when we were eventually able to take our break, we decided to take it together. We sat down, had a coffee and something to eat.

‘We were out of what is called the “red zone” in the hospital, which meant we could remove the majority of our PPE and just wear a simple mask.

‘So, this was the first time we had a chance to see each other a bit better.

‘We chatted for a while, it was kind of like a debrief to what had just happened. It was really nice and refreshing to hear her perspective and view on life.

‘This is also the first time we had properly had a chance to sit down and talk, as while we are on shift we are very work focused and there isn’t time for socialising.’

Ollie, who had been single for over two years, thought he had given up on love after being hurt by past relationships. But after meeting Helen, he was desperate to find out more about her.

He said: ‘I wanted to know more about her as I was intrigued. I started asking some of her colleagues about her to try and find out more.

‘The word eventually got back to Helen that I was asking about her and that’s when we started communication on social media.

‘We got talking and we decided we would meet up before we started our shift and have a coffee together in the hospital canteen. Our relationship has continued to develop since then.’

Now the couple have formed a bubble together, which means they no longer have to keep two metres apart.

And despite not being able to go on a ‘proper date,’ Ollie has big plans for when things open up again.

He added: ‘I have promised to take Helen out for an Italian meal as soon as we are able to.

‘We have also found that we both love medieval history and we will be exploring sight and attractions when they are open.

‘Dating during lockdown has been difficult, but we are excited that we still have all of the nice things to come such as our first date and holidays together.’

Get in touch at [email protected]

Rush Hour Crush – love (well, lust) is all around us

Tell us about your Rush Hour Crush by submitting them here, and you could see your message published on the site.