Home » Lifestyle » Melanie C tears up over DWTS elimination: I had such high expectations

Melanie C tears up over DWTS elimination: I had such high expectations

dancing with the stars

Melanie “Mel C” Chisholm’s “Dancing With the Stars” run has come to an end.

During Monday’s “Grease Night,” the Spice Girls singer and her pro partner, Gleb Savchenko, were shockingly eliminated from the competition after landing in the bottom two with Olivia Jade Giannulli and Val Chmerkovskiy.

“I’m really, really disappointed, absolutely gutted,” Chisholm, 47, told Page Six and other reporters during a post-show presser Tuesday night. “We just did not want to go home at this point. We really thought and hoped we’d have a little bit longer in the competition.”

Savchenko — who had high hopes about potentially winning his first mirrorball trophy this season — admitted that going home “feels like s–t.”

“We [danced] second to last, so it gave us a little less time for the public to vote,” Savchenko, 38, explained. “Maybe it was that, but also, it is what it is. Everyone is amazing. The level of dance, the choreography, the production is out of this world, especially this season.”

He added, “I don’t think we’ve ever had a better cast. But this one [Chisholm] killed it.”

Just like last week, the scores for “Grease Night” ended in a tie: Carrie Ann Inaba and Bruno Tonioli voted to save Chisholm and Savchenko, while Len Goodman and Derek Hough chose Giannulli, 22, and Chmerkovskiy, 35. 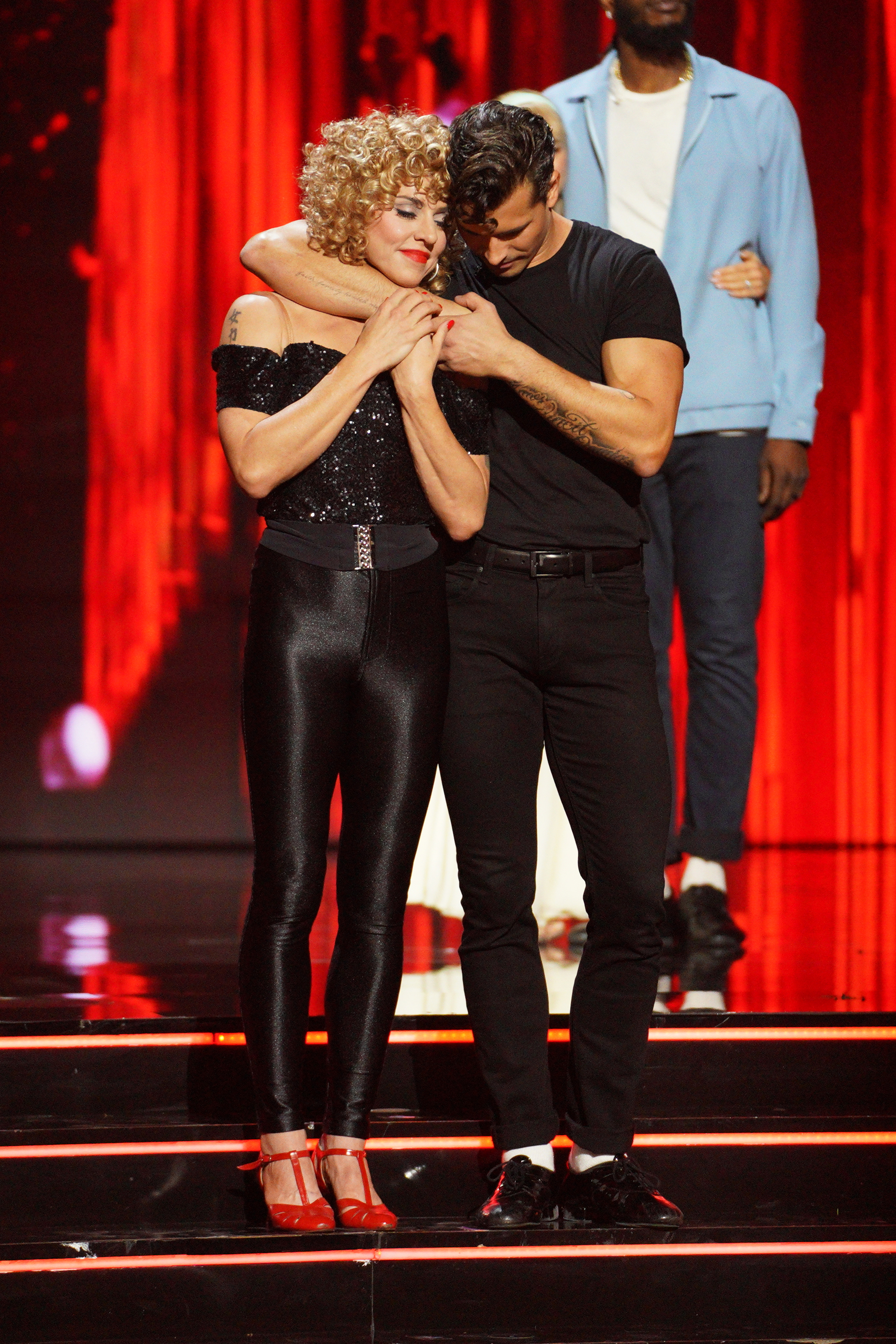 Goodman (as “head judge”) is the one to make the final call on who goes home in the event of a tie — a decision fans have had mixed feelings about all season.

“I think it’s fair. Len is the head judge, so what he says goes,” Chisholm said, joking that the London native is now “off” her Christmas card list. “He might not be welcome back in the UK, to be honest.”

Despite being booted off during week five, Chisholm’s “DWTS” journey is an experience she’ll remember forever, as it took her out of her comfort zone.

“I have always been a little bit fearful of doing a show like this. I think part of it is because … you can be vulnerable, and it can be quite an intrusion into your privacy,” she shared. “We’re filmed all day every day in rehearsals, and I’m not used to that environment. Well, probably not since the ’90s, being a Spice Girl and having cameras follow us around everywhere.”

Chisholm said that the “main thing is” she feels “very proud” of herself. 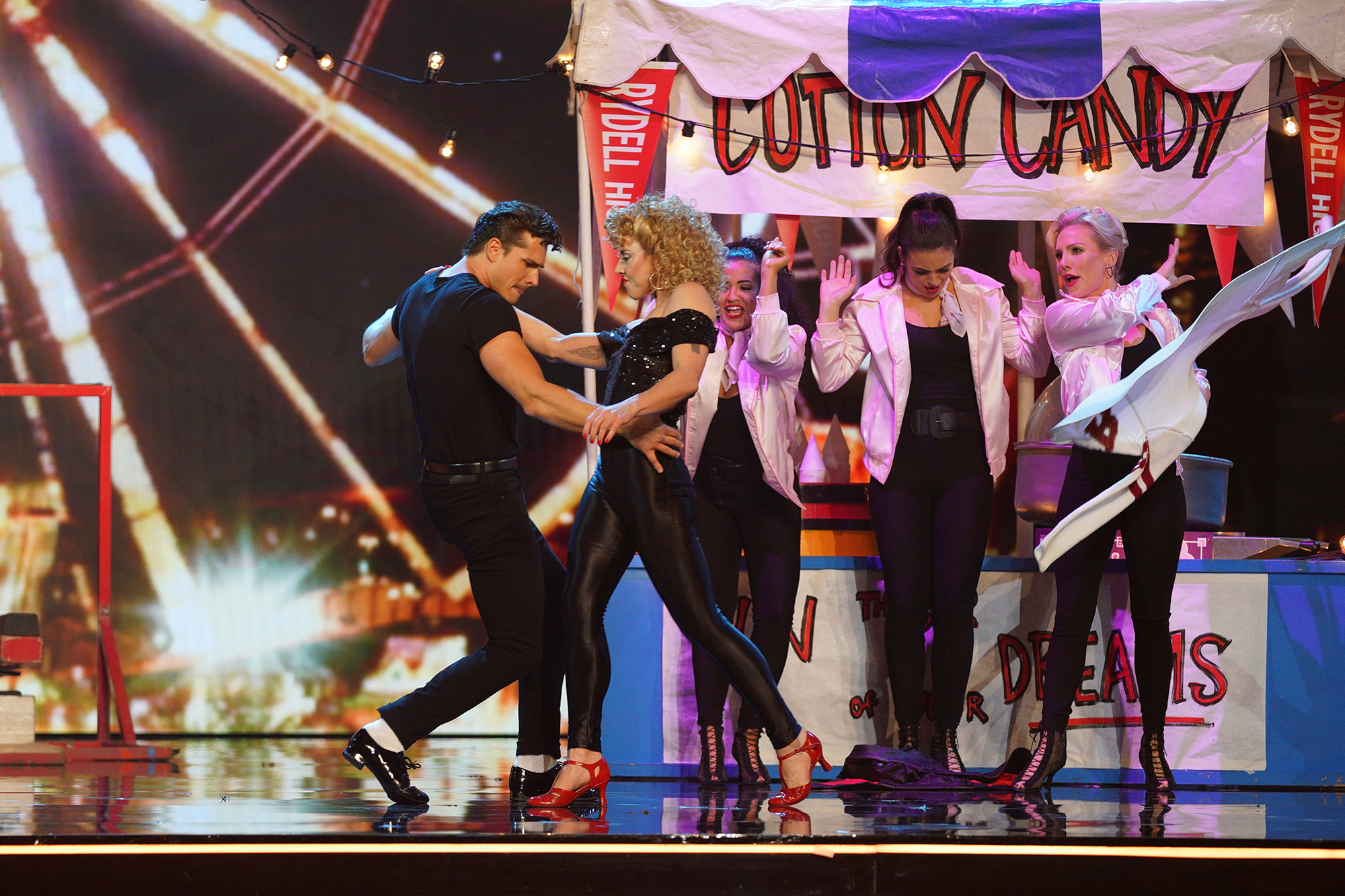 “Each week it was really, really difficult to go out there,” she continued. “I never danced to the best of my ability, but I did it, you know? I got out there and I did it, and I’m proud of myself for that.”

Chisholm was the second member of the Spice Girls to compete on “DWTS” following Melanie “Mel B” Brown’s run with Maksim Chmerkovskiy during Season 5. (Emma Bunton competed on the UK version, “Strictly Come Dancing,” in 2006).

As for who she’d like to nominate to do the show next?

“Oh my goodness, you know what? Victoria [Beckham] is a wonderful dancer,” Chisholm raved. “I don’t think you’d ever see her on ‘Dancing With the Stars,’ but I think she’d do a beautiful job.”

“Dancing With the Stars” airs Mondays at 8 p.m. ET/PT on ABC.