Before you go forward, you must go back? Ahead of season 9 of Vanderpump Rules, Tom Schwartz and Tom Sandoval are revisiting old episodes of the hit series (and more Bravo classics) on their show, Watch Party With Tom & Tom.

‘Vanderpump Rules’ Cast: Then and Now

Schwartz, also 38, added that it was “dangerously fun” to film with his longtime costar and friend. “It was overall therapeutic, but I’m still sort of unpacking some trauma from watching episodes that I’ve never seen before,” he said. “So I think it’ll be interesting for people to watch along and watch me suffer — me in particular.” 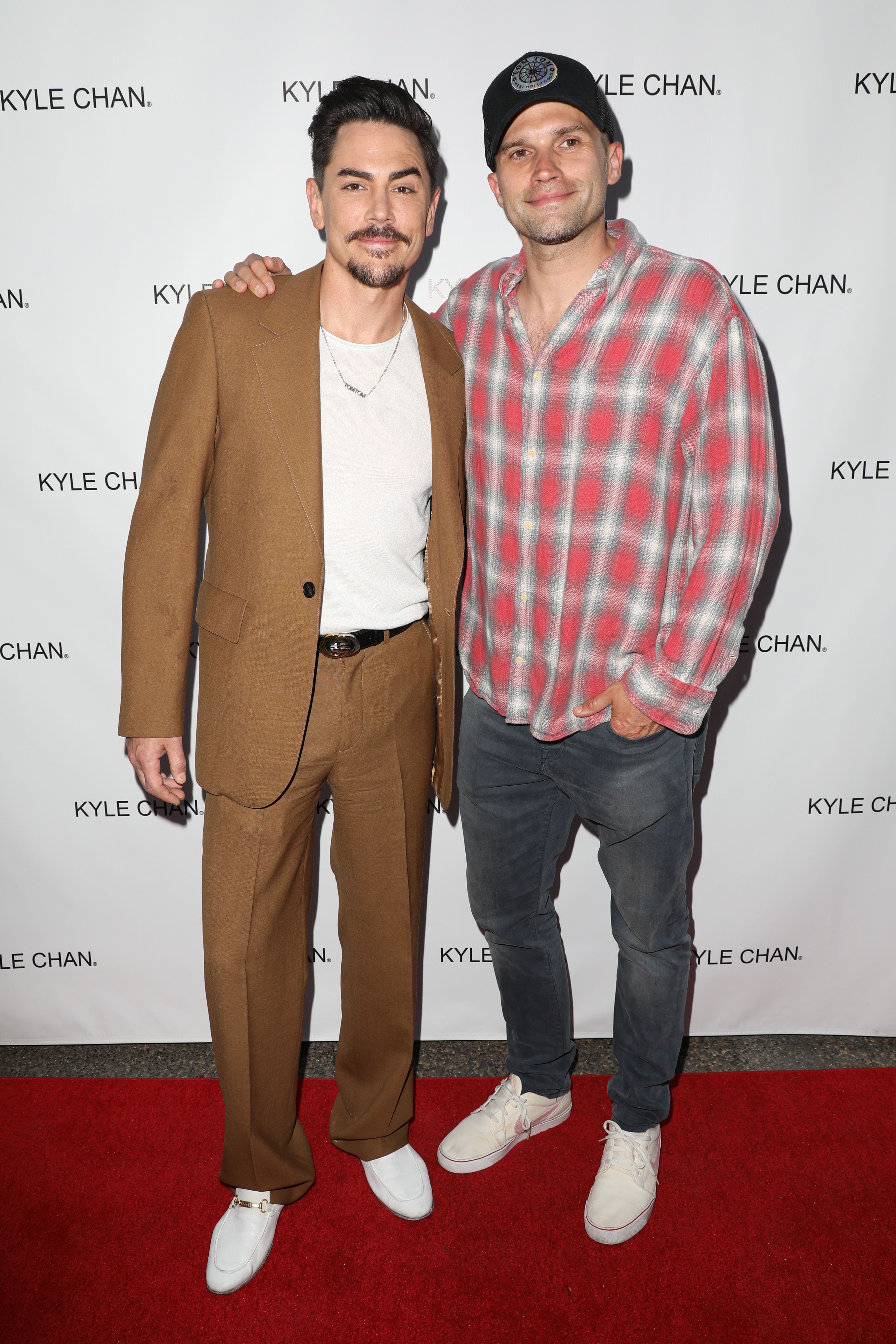 Speaking of Schwartz’s less-than-stellar moments, the TomTom co-owners took a walk down memory lane through a game of Us’ Reality TV Regrets. While Sandoval admitted that he doesn’t regret punching Jax Taylor during season 2, they had some shame about the Las Vegas brawl in season 1.

“That was so intense. I was in a state of disbelief, like, perpetual disbelief while it was happening. I had an out-of-body experience ‘cause it erupted just so fast and out of the blue and it escalated so fast and all of a sudden people’s shirts were off,” Schwartz told Us. “It was just madness. It was just beautiful madness. We were worried that was going to be the end of the show. … It was a beautiful disaster.”

Former ‘Pump Rules’ Stars: Where Are They Now?

While Schwartz noted that he remembers the season 1 showdown “very vividly,” Sandoval admitted that “30 percent of that night that is completely lost for me,” with his bestie adding, “I think it’s safe to say that was the drunkest Tom’s ever been on Vanderpump Rules.”

Speaking of drinks, Schwartz isn’t afraid to admit he’s had a few mishaps with throwing (or pouring) cocktails.

“I just cringe. I wince at the thought of that,” he said of tossing a drink on now-wife Katie Maloney during season 2. “There’s a lot of shame. We’ve moved past that. … I’m at peace with it all. I don’t recommend it and I’m not encouraging and I’m not defending it, but, you know, I got it out of my system.”

He also stands by his decision to give Katie, 34, what was dubbed a “ring on the string” at Scheana Shay’s season 3 wedding.

“I think my intentions were pure and I thought it was a cool concept. It had heart, but my timing — everyone who might be listening, for the love of God — do not give your significant other a ring at someone else’s wedding,” Schwartz confessed. “This is 101 stuff, you know, this is obvious, but I was so earnest about it. I think that’s what makes it a good moment. I was so naive and so earnest. … I stand by the ring on the string.”

Sandoval, for his part, didn’t have as many regrets as Schwartz — but wishes he could go back and never film with the woman Kristen Doute helped bring to SUR to try and prove he was cheating on Ariana Madix during season 3.

When asked whether he regrets “running away from Miami Girl,” the Fancy AF Cocktails author explained, “If I can do anything over again, I just would have never even filmed with [her]. I just don’t think it’s really fair. Like, so I can, like, make up something about anybody and then end up on our show? I wish I would have just never even engaged in that at all.”