Home » Lifestyle » Michelin-trained chef, 27, who was made redunda

Michelin-trained chef, 27, who was made redunda

Michelin-trained chef, 27, who was made redundant in lockdown reveals how launching a series of TikTok videos about POTATOES lead to viral success, 1.6M followers and a book deal

A chef who lost her job at the start of lockdown has revealed how ‘playing around on TikTok’ reignited her love of cooking and lead to a career as an influencer with 1.6 million followers and even a book deal.

Michelin-trained Poppy O’Toole, 27, from London, started working in kitchens when she was just 18. When the country was plunged into lockdown in 2020, she was made redundant from her 70-hour a week job in a top kitchen.

With no way to pay rent, she moved back into her family home for what she thought would be a two-week lockdown where her younger siblings introduced her to TikTok.

Just a year later, she now is a huge TikTok star, with a dozens of big names and brands backing her.

The cook has deals with huge companies including American Express – and has expanded beyond just making videos of potatoes, including teaching basic chef techniques to millions, including the perfect way to cut an onion and how to poach an egg, which have both racked up millions of views.

‘Like many chefs last year, my career came to a standstill when lockdown hit and restaurants were closed across the country,’ she told FEMAIL.

‘I was made redundant, before furlough was a word and my employers didn’t even stick around to try and keep me on. 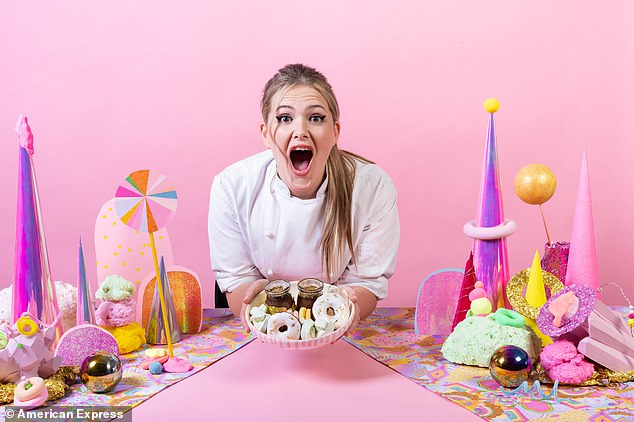 Michelin-trained Poppy O’Toole, 27, from London, started working in kitchens when she was just 18, but when the country was plunged into lockdown in 2020, she was made redundant from her 70-hour a week job in a top kitchen. She is pictured making spudnuts

‘I was left genuinely considering how I was going to pay the rent.

‘I moved back home for what I thought would be about a two week lockdown, felt sorry for myself for about two days and then spend hours scrolling on TikTok and thought… I could do that!

‘Growth was slow to begin with but even one or two comments a day were rewarding.

‘It wasn’t until I started my potato series in November when I went from 100,000 followers to over a million overnight!

Admitting she felt a sense of ‘relief’ after being let go from a restaurant, Poppy is now a full time influencer.

Just before the third lockdown, Poppy noticed one of her videos about potatoes had racked up more than a million views, and decided to make a series exploring 25 days of potatoes – which saw her following grow even further. 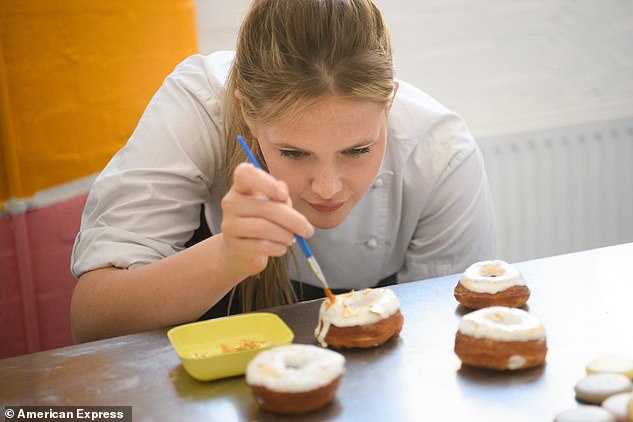 The cook has deals with huge companies including American Express – and has expanded beyond just making videos of potatoes, including teaching basic chef techniques to millions, including the perfect way to cut an onion and how to poach an egg, which have both racked up millions of views. She is pictured making spudnuts 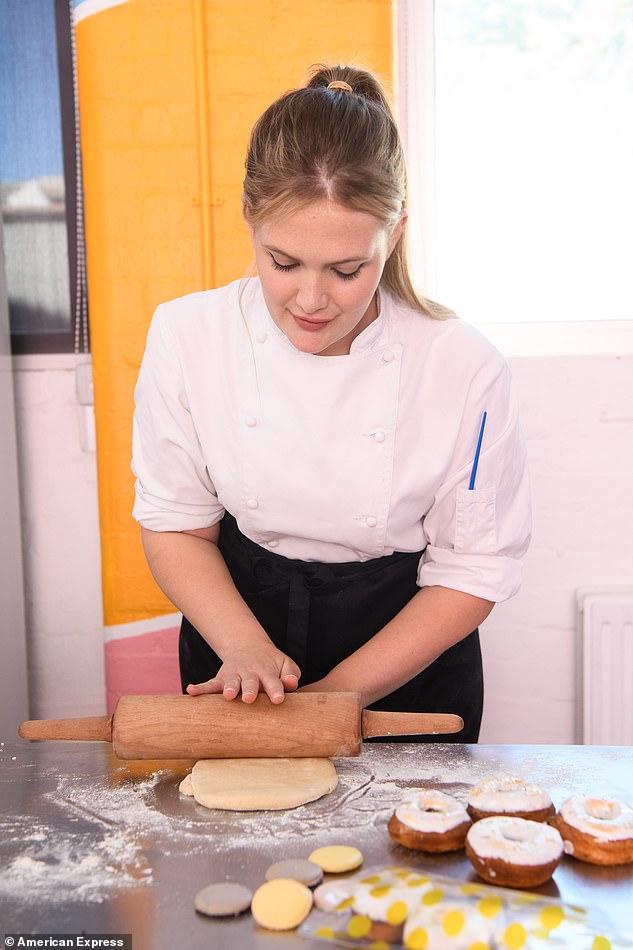 Admitting she felt a sense of ‘relief’ after being let go from a restaurant, Poppy is now a full time influencer and works with brands like Deliveroo and American Express

‘I’ve always loved cooking but the work/life balance was always a big thing for me.

‘I felt like I was missing out on so much. But part of me does miss the buzz of fine dining and curating a menu, so my goal is do to pop-ups as soon as I can, as well as working on projects like #ARTFeast which was a special menu to celebrate Amex Gold recently partnering with Deliveroo.

‘I love how it feels like I’m back creatively putting effort into a menu, using my fine dining knowledge again and getting to see how amazing food can make people happy first hand’.

Because she’s gone viral for her passion for potatoes, she now includes them in everything she does. 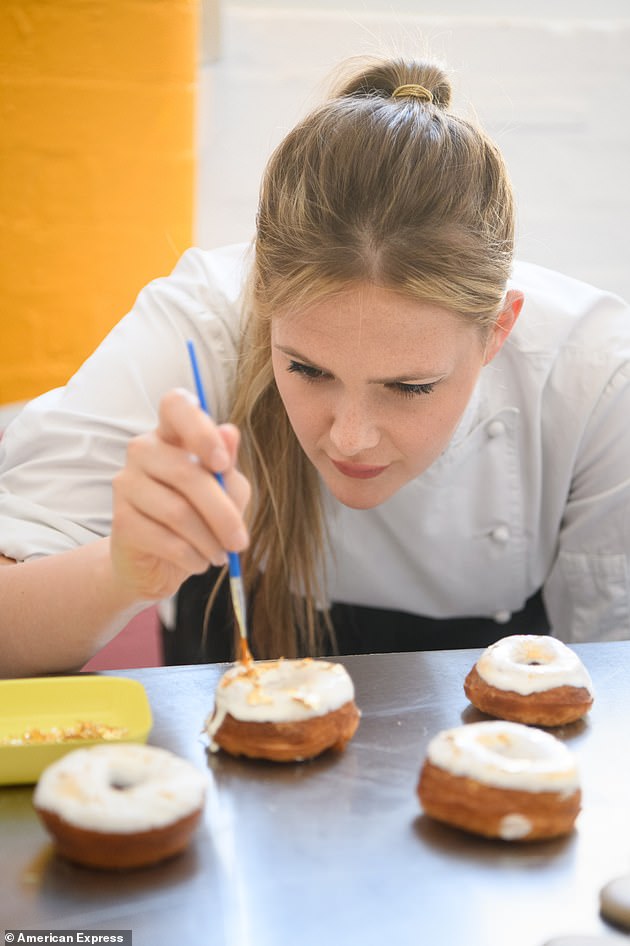 Because she’s gone viral for her passion for potatoes, she now includes them in everything she does – and recently made potato doughnuts for a project (pictured)

‘I love potatoes and I have to give credit to a compilation of potatoes I made in which I added a voiceover with a posh overly exaggerated English accent and said “Welcome to Potato TikTok”.

‘It hit more than 20m views and saw more than one million people starting to follow for potato goodness,’ she added.

The creations included Golden Dip Dabs and Golden Chocolate Plant Pots – as well a ‘spudnuts’ a doughnut made from potatoes.

‘I have to utilise a potato in whatever I’m doing, so the potato spud nuts (a doughnut made from mashed potato!) HAD to be on the menu for this #ARTFEAST project!

‘I love doughnuts, and potatoes are my signature ingredient, so when I discovered spud nuts last year I just knew I had to introduce them to the UK. Spud nuts aren’t what you’d expect when eating a potato based sweet treat!’

But it’s not all plain-sailing, Poppy added that the more popular her videos get, the harsher the comments become. 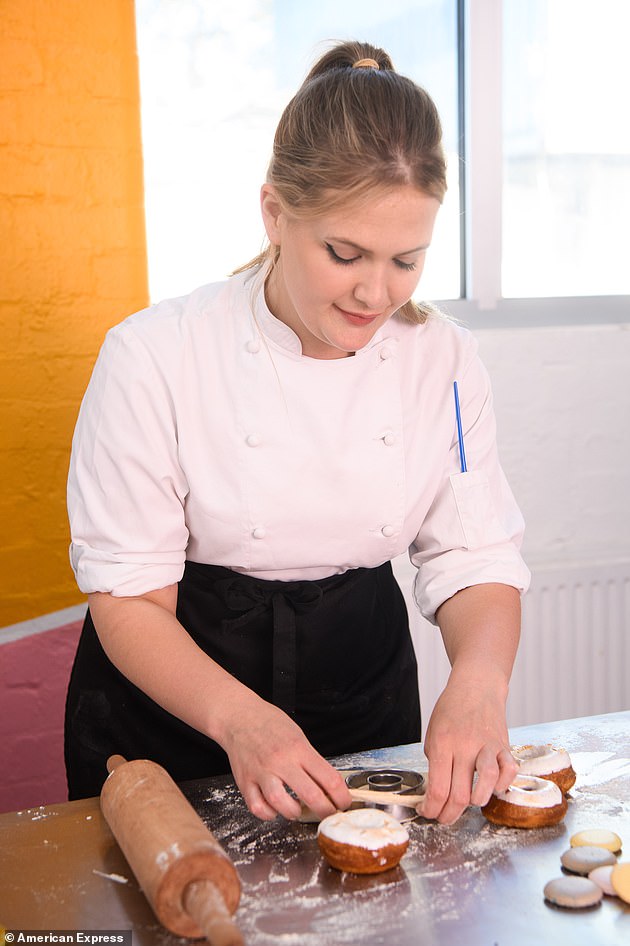 , Poppy added that the more popular her videos get, the harsher the comments become

‘On a day to day basis where my videos are probably getting around 300,000 views a day, the comments are always positive. I think this is because my videos are just going out to a pool of people who already follow me and enjoy my stuff.

‘The more viral the videos get, the worse the comments get.

‘For example, I posted a quick easy how-to of how to chop an onion that hit over 105 million views across TikTok and Instagram and a lot of the comments just got worse and worse.

‘It was mostly chefs wanting to tell me I was wrong or not a real chef, and at first I felt I had to comeback to everyone and prove my credentials, but I soon worked out it was probably more jealousy than anything. 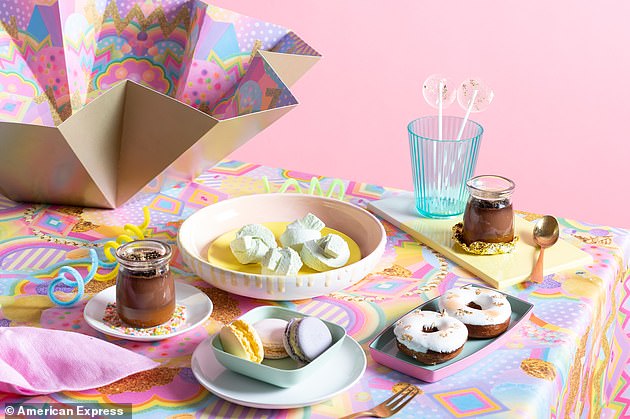 ‘I’ve worked in fine dining restaurants for so long, you forget that not everyone knows these tips and tricks you learn!’.

‘I have always loved to eat, but professionally I worked on pastry a lot more – desserts, breads etc.

‘So working on this project, it was great to flex my fine dining pastry muscles again with marshmallows, lollies, macaroons, doughnuts and chocolate pots.

‘My dream has come true with my debut recipe book, which is called Poppy Cooks: The Food You Need, that is out in September.

‘It was great to be back in the test kitchen and make fine dining dishes that represent all things GOLD.

‘I love a bit of glitz and love a bit of fun, so when they told me I was working with the incredible artist PipNPop I thought… I’m going to enjoy this one!

‘For me, food is art. I love plating. I love food that tastes good but also there’s something so special about exciting people through the eyes too.

‘There’s nothing better than that anticipation before taking your first bite! It was like being back at work for me.

‘Curating the menu, testing the concepts and flavours, making them look exquisite.

‘It was also the first time people tried my food in so long! So it’s great to know I’m not the only one who thinks it tastes good!

For anyone else thinking of experimenting in the kitchen, Poppy suggest:  ‘Don’t be afraid to mess up! We all do, even the pro chefs, and sometimes you learn more about food in the process of fixing your mistakes!

‘Don’t be embarrassed of what other people will think when trying something knew.

‘I used to be so conscious of what ex-colleagues would have thought of me putting myself and my food out there online, but happy I made the jump otherwise I wouldn’t be where I am today.

‘I’m often throwing stuff together and hoping for the best, rather than following recipes. So sometimes I’ll be filming something, I’ll make it and then try and remember the recipe!

‘I think that’s why people enjoyed my ‘What A Chef Eats In a Day’ series that shows how you can throw stuff together each day for amazing dishes at home.’.

Amex Gold partnered with Poppy O’Toole to celebrate Amex Gold Card’s recent partnership with Deliveroo. Amex Gold Cardmembers can now get £5 back, twice every month, when ordering their favourite dishes via the Deliveroo app or website, using their Amex Gold Card. To find out more, search ‘Amex Gold’.