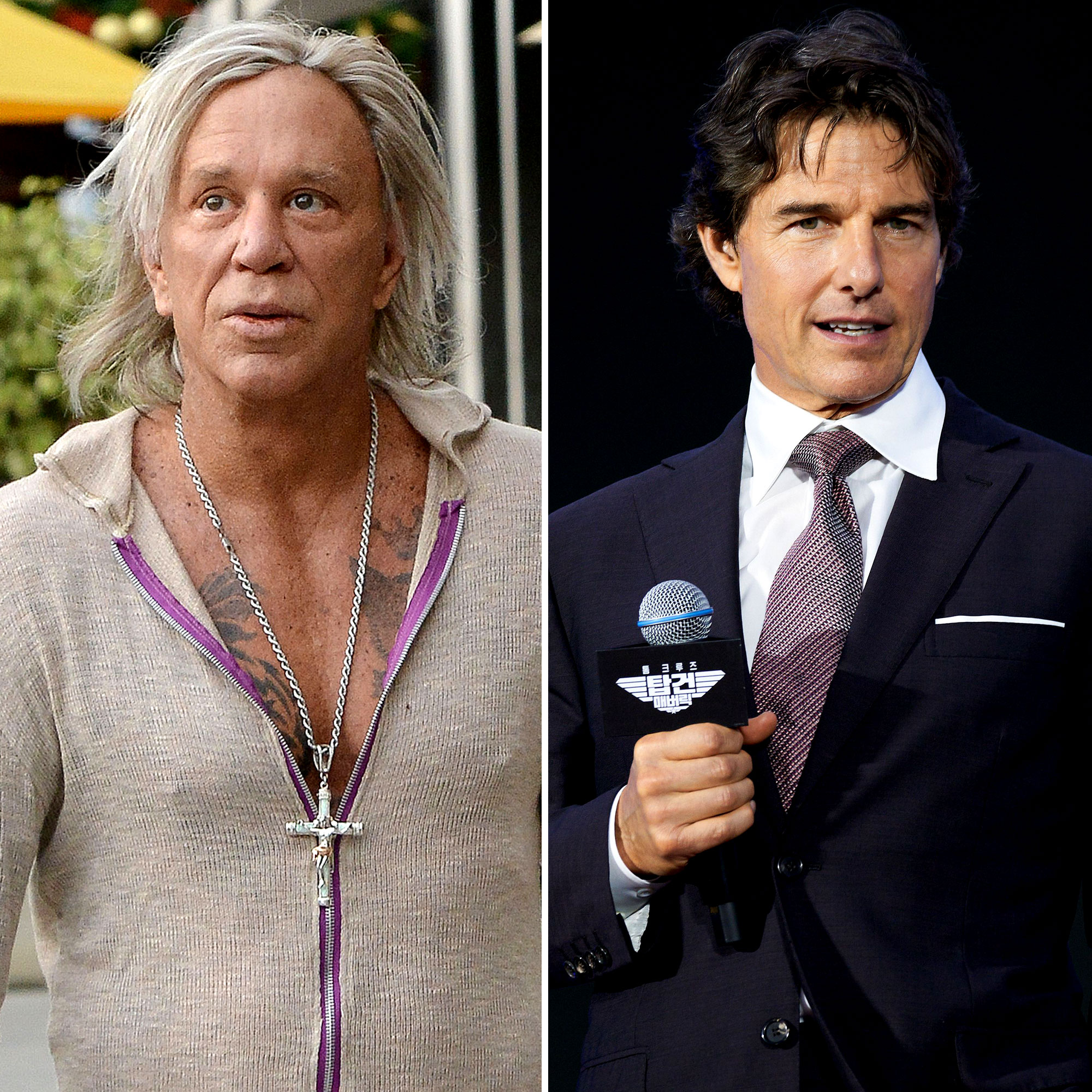 ‘Top Gun’ Cast: Where Are They Now?

“The guy’s been doing the same effing part for 35 years,” the Oscar winner, 69, said during a Monday, July 11, appearance on Piers Morgan Uncensored. “I got no respect for that.”

Piers Morgan had asked the Masked Singer alum for his thoughts on Cruise, 60, reprising his role as Pete “Maverick” Mitchell in Top Gun: Maverick, which has made more than $1 billion at the box office. Rourke, however, doesn’t find that figure impressive, either.

“I don’t care about money and power,” the Wrestler actor said, adding that he doesn’t think the Rain Man star’s acting skills aren’t as refined as they could be. “I care about, when I watch Al Pacino work and [Christopher] Walken and [Robert] De Niro’s early work and Richard Harris’ work and Ray Winstone’s work, that’s the kind of actor I want to be like. [Montgomery] Clift and [Marlon] Brando back in the day.”

When Morgan, 57, asked whether Rourke thinks the Mission: Impossible star is a good actor, the New York native replied, “I think he’s irrelevant, in my world.”

The Iron Man 2 star may be unimpressed by Top Gun: Maverick, but he seems to be in the minority. The sequel to 1986’s Top Gun has been so successful that a third movie has now become a possibility.

Tom Cruise Through the Years

“That would be great, but that’s all up to TC,” Miles Teller, who plays Bradley “Rooster” Bradshaw in Maverick, told Entertainment Tonight earlier this month. “It’s all up to Tom. I’ve been having some conversations with him about it. We’ll see.”

The Oscar nominee, 35, stars as the son of Maverick’s late friend Goose, who was played by Anthony Edwards in the original film. When the second film begins, Maverick is still feeling guilt over Goose’s death, which Rooster seems to blame him for. By the end of the movie, however, Rooster forgives Maverick and begins to see him as a mentor.

Edwards, 59, doesn’t appear in Maverick, but he was satisfied with the way the new film handled his character. “I was lucky enough that Tom called me up,” the ER alum told ET in June. “He screened it for me in person. … As I said to Tom, ‘Mission accomplished.’ They did it. They really did, though. It’s a lot of work that went into that. It had the feel, it had the tone, it had what people wanted.”