Mistress who messaged her boyfriend's wife says she feels 'ashamed'

Woman who discovered the man she’d met online was married says she feels ‘ashamed’ after she messaged his wife to tell her what happened – but would YOU want to know?

A woman who discovered a man she met online was married shared a divisive post revealing how she had messaged his wife to tell her the truth.

The woman, believed to be from the UK, explained on Mumsnet she had met the man on dating app and thought he was single. The pair never met but they had exchanged messages and photos.

After discovering he was married, the woman ended the online flirtation. However she later took it upon herself to message his wife and call him out as a cheater. 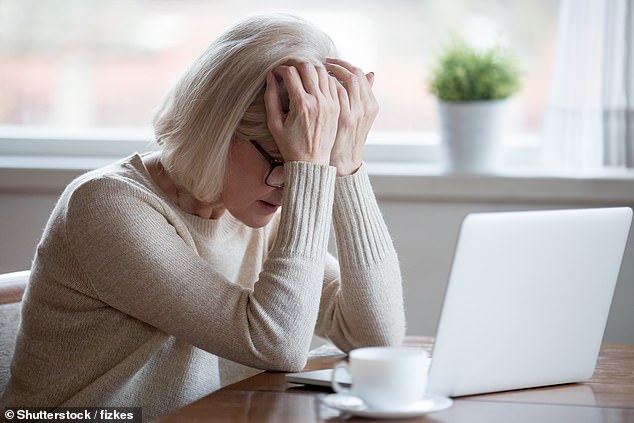 The woman, believed to be from the UK, explained on Mumsnet she had met the man on dating app and thought he was single. The pair never met but had messaged. Stock image

‘Now I feel so guilty that I’ve ruined this poor woman’s life and I wish I’d never said anything,’ she wrote. ‘It was a stupid impulse after I’d had a couple of drinks and I wish I could take them back.

‘I can see she’s read it but she’s not replied. I keep thinking of what I’ve done and going hot with shame. Why was I so stupid and destructive?’

The post proved divisive, with some users slamming the woman’s ‘appalling’ behaviour.

One posted: ‘Do you honestly think his wife is going to leave him because of a few random messages from a stranger ??!

The post proved divisive, with some users slamming the woman’s ‘appalling’ behaviour

‘Most likely she will now be anxious , stressed and very unhappy if she wasn’t prior to this! You haven’t even met him in person so why bother ?! I always look at the motive of the act and your motive was quite vindictive!’

Another wrote: ‘I can’t believe how many people are saying this was the right thing to do! I don’t believe it’s right to get involved with other people’s lives like this and you never even met the guy?!’

A third added: ‘I’m not trying to make you feel bad OP but personally this is something I could never do as repercussions on wife and children could be huge, I just couldn’t live with myself.’ 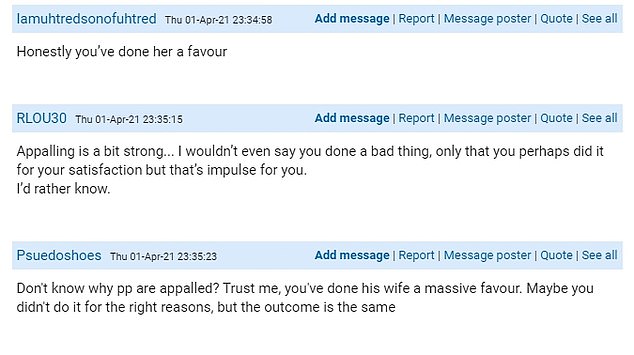 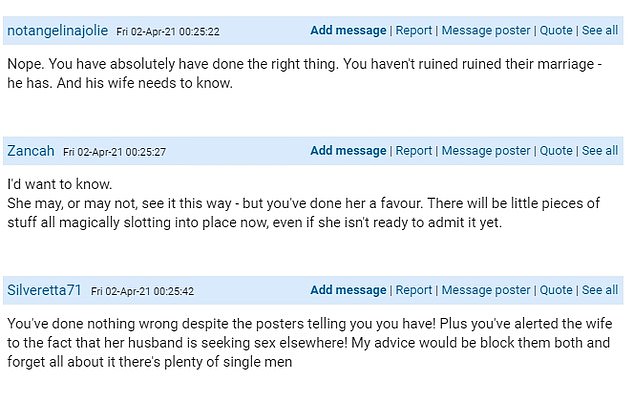 However others urged the woman not to punish herself, arguing that the husband had already ruined the marriage by choosing to have an affair

However others urged the woman not to punish herself, arguing that the husband had already ruined the marriage by choosing to have an affair.

One wrote: ‘The wife won’t thank you, but I think you have absolutely done the right thing. She probably suspected. There is nothing worse than being the last to know.’

A second posted: ‘I think you did the right thing. I don’t know why people are saying you shouldn’t get involved, he literally involved you by having an emotional affair.

‘I would much rather know if I was being cheated on, it saves embarrassment and shame further down the line. It’s highly likely he’s done it before and will do it again.’ 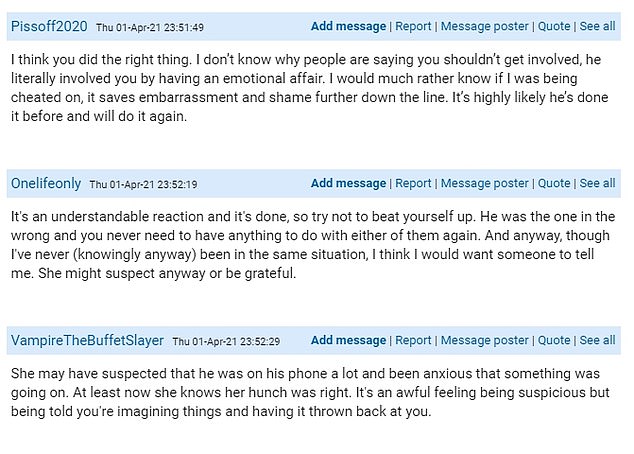