Model, 25, apologises and says she’s ‘not very intelligent’ – after being slammed for posting a ‘body positive’ video showing her squeezing non-existent ‘belly fat’

An Australian model has apologised and said she’s ‘not very intelligent’ after being criticised for sharing a ‘body positive’ video of herself squeezing non-existent ‘belly fat’ around her belly button.

Belle Lucia, 25, has built a legion of 1.3million followers on Instagram from sharing her professional photoshoots and glamorous selfies, all of which feature her impossibly trim body.

But the brunette bombshell, who has been living in London since giving birth to her son 10 months ago, sparked controversy on Thursday while wearing a lacy set of lingerie from fashion brand PrettyLittleThing.

‘Same same different pose,’ she captioned a video of herself in the bra and underwear, which saw her clutch at skin from her belly when she was in an un-posed position. 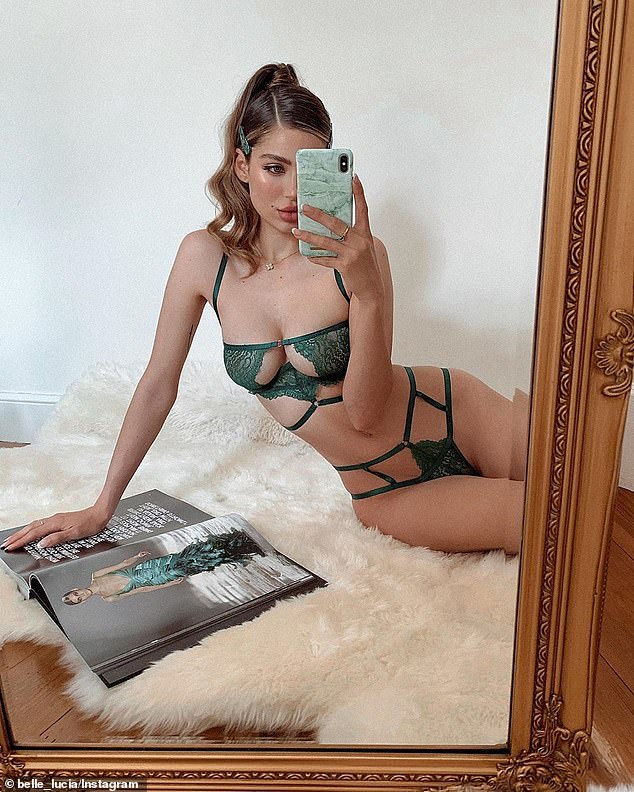 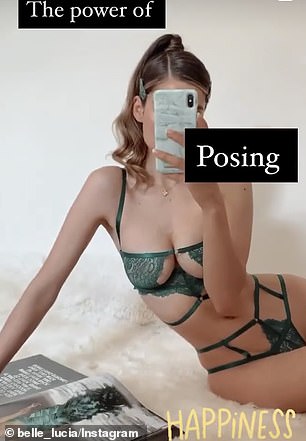 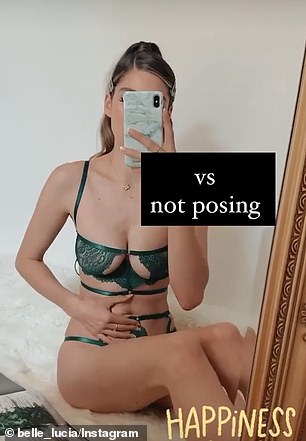 ‘Same same different pose,’ she captioned the video, which saw her try to clutch ‘fat’ from her belly when she was in an unposed position, slouching slightly

The resulting comments saw people call Belle ‘out of touch’ because her ‘grabbing’ at her ‘size zero waist’ didn’t constitute body positivity.

‘Is she f***ing kidding? She looks the exact same,’ one person said, tagging their friends.

‘I think you could have done a less flattering pose because this way you’re showing yourself as “superhuman”. It will make some people feel really insecure,’ said another.

‘You’re sending the wrong message with this… because there is no change,’ said a third.

Someone else said: ‘Wow it must be hard having so much extra “skin” on your stomach’.

Upon reading the hundreds of negative comments Belle apologised on her Instagram Story, saying that it was posted with ‘no malice intent whatsoever’.

‘I just want to highlight the difference between me posed and unposed as to me I think I look different and I even felt self conscious to post it,’ she said. 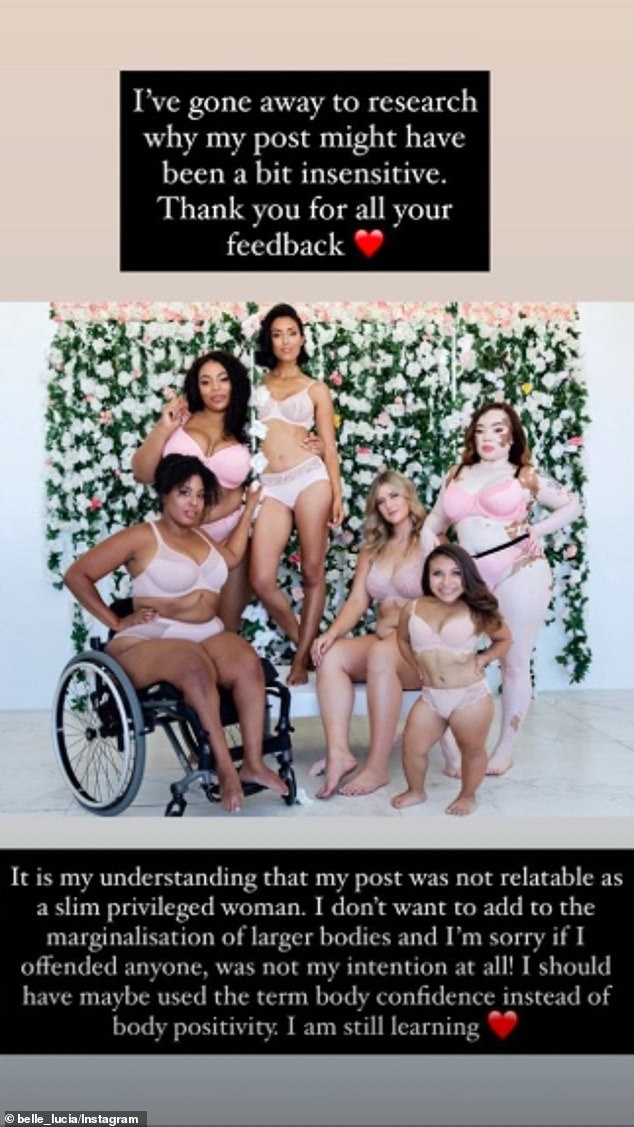 ‘I’ve gone away to research why my post might have been insensitive. It is my understanding that my post was not relatable as a slim privileged woman,’ she said

What is body positivity?

Body positivity refers to the assertion that all people deserve to have a positive body image, regardless of how society and popular culture view ideal shape, size, and appearance.

‘I’m getting a lot of hate. Probably deserved but I just want to reiterate that I didn’t want to hurt anyone at all. I’m a very loving and kind person but I’m naturally not very intelligent so maybe I don’t fully understand the body positivity movement.’

Belle said she won’t be making any further posts about ‘body positivity’ because her followers have reminded her that it’s not ‘her lane’ to travel down.

‘I’ve gone away to research why my post might have been insensitive. It is my understanding that my post was not relatable as a slim privileged woman,’ she said.

The model mum continued to learn by sharing other social media accounts on the topic, as well as a definition of body positivity. She also celebrated ‘black breastfeeding week’ with an image of a mother and daughter. 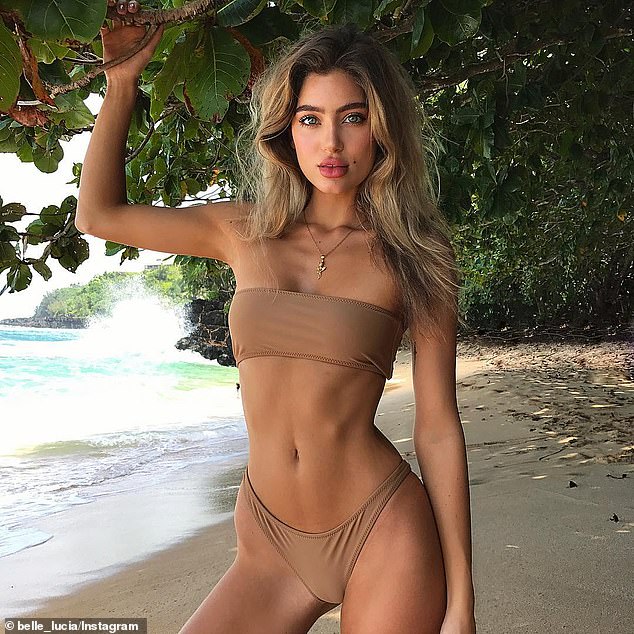 The model mum continued to learn by sharing other social media accounts on the topic, as well as a definition of body positivity (pictured before getting pregnant) 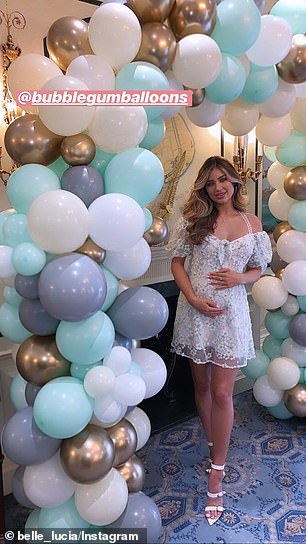 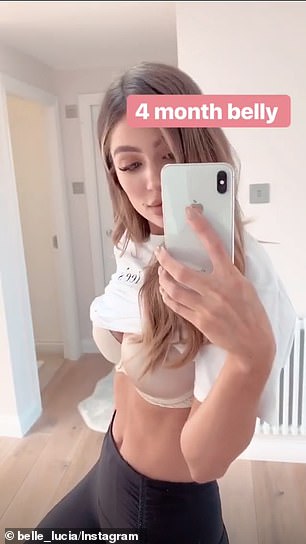 She deleted the video from her profile just before 10am AEST.

Others have since come to her defence by saying that she had every right to post, and imagery of everyone’s bodies should be celebrated.

‘Ladies what happened to women empowerment? Belle you are stunning and only posting positivity so keep doing you,’ one woman said.

‘Women should build each other up, no criticise another person’s body,’ said another.

Belle was subjected to nasty trolls through the duration of her pregnancy last year because her baby bump was ‘non existent’ until she was eight months along.

At the time she explained that every woman ‘shows’ differently and that she couldn’t help how she looked.

END_OF_DOCUMENT_TOKEN_TO_BE_REPLACED

END_OF_DOCUMENT_TOKEN_TO_BE_REPLACED
Recent Posts
We and our partners use cookies on this site to improve our service, perform analytics, personalize advertising, measure advertising performance, and remember website preferences.Ok