Mom reveals she FORGOT her kids while doing the school run

‘I left my kids…at home’: Mom reveals she FORGOT her sons while doing the morning school run in a hilarious viral video that sees her crying with laughter over her parenting mishap

Parents know that it’s not always easy to get their kids out the door in the morning, but one mom has admitted that she was in such a daze during her school run that she actually drove off without them.

The unknown mom filmed herself laughing hysterically while showing the empty backseat of her car, explaining that she was ‘half-asleep this morning’ and drove to her kids’ school without them.

‘The kids are not in the car,’ she says in the viral clip. ‘I’m driving to school without my kids! ‘I am taking the kids to school and I don’t even have them in the car. I have to go back and pick them up.’ 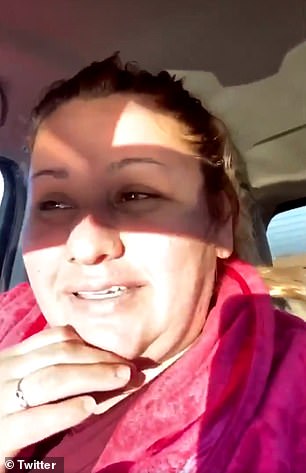 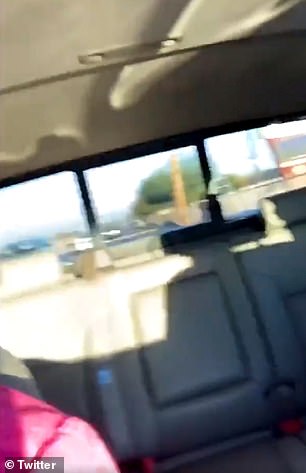 Whoops! An unknown mom has gone viral after admitting that she drove her kids to school without them in the car

The obscurity of the situation has her belly laughing, and she keeps panning her cellphone camera to the empty seats in her car.

The mom admits that she just got in the car and left her house. It’s unclear how long it took for her to realize her kids were missing.

‘Oh my God, I’m such an idiot,’ she bellows, still laughing. ‘I was half asleep this morning. Where are my kids? I have to go back.’

Twitter user @torrespriss posted the video on Sunday, writing: ‘She rlly drove her kids to school but her kids weren’t in the car i can’t stop laughing.’

In less than a week, the 46-second clip has been viewed more than four million times and has received over 1,5000 comments.

‘She said hmm you guys are pretty quiet this morning,’ another joked.

Some hoped the mom would take a rest because she was clearly exhausted.

‘She needs a vacation away from that routine. God bless Moms,’ one person tweeted, while someone else commented: ‘Aww she needs a nap lol.’ 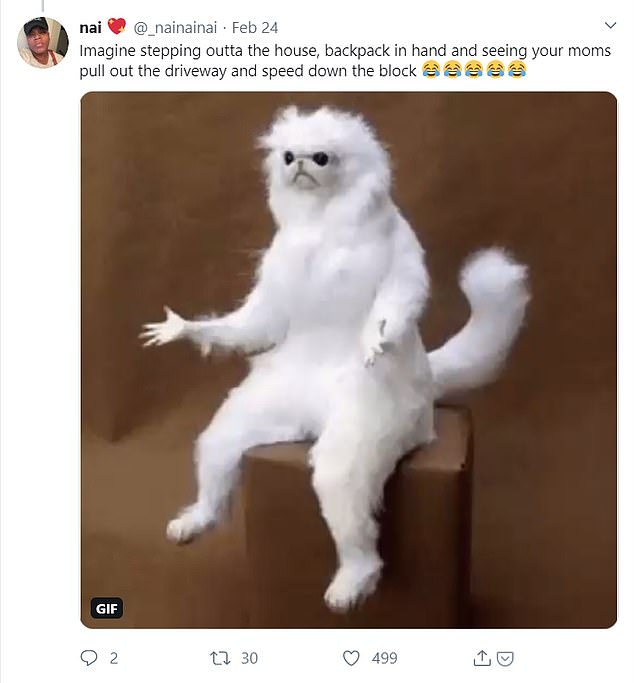 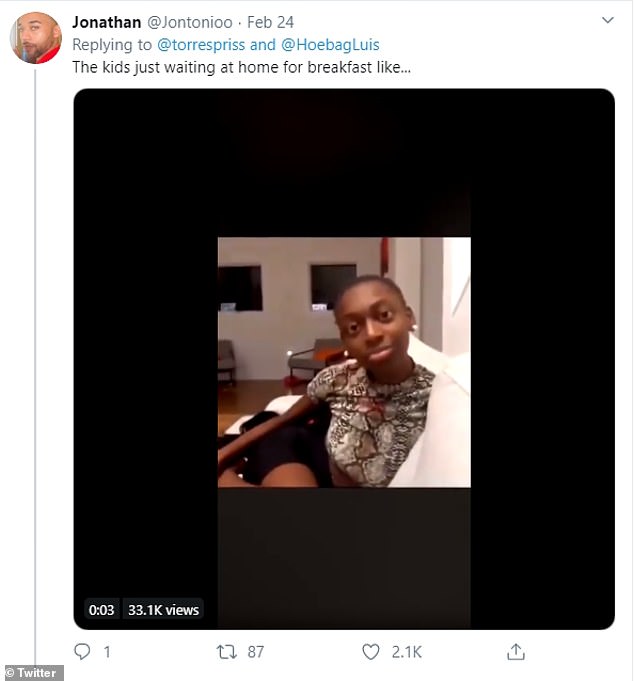 Loving it: Twitter users thought the video was hilarious, but some hoped the tired mom would get some rest

A few people imagined what it was like for the kids to watch their mother drive away without them in the car.

‘Imagine stepping outta the house, backpack in hand and seeing your moms pull out the driveway and speed down the block,’ a Twitter user noted.

The woman who posted the clip also shared a follow-video that shows the mom’s teenage sons reacting to her leaving them behind.

The mom and her sons are both laughing as they ask how she could possibly drive off without them.

Some thought the fact that the kids were full-grown teenagers made the situation even funnier.

‘THEYRE GROWN A** KIDS HOW DOES ONE NOT REALIZE THEYRE NOT IN THE CAR— LMAOO,’ one person wrote.

‘I was expecting some little kindergarteners or something,’ someone else admitted.

END_OF_DOCUMENT_TOKEN_TO_BE_REPLACED

END_OF_DOCUMENT_TOKEN_TO_BE_REPLACED
Recent Posts
We and our partners use cookies on this site to improve our service, perform analytics, personalize advertising, measure advertising performance, and remember website preferences.Ok