A mother-of-two who managed to fight off her crazed ex-fiancé when he tried to rape her has admitted the attack ‘completely changed’ her, leaving her with anxiety and trust issues.

Chrissie Hedley, 27, of Carlisle, was attacked by 15 stone amateur wrestler John-Paul McCann in March 2016 after she ended their relationship when he became violent and controlling.

In September 2016, the 34-year-old thug was jailed for 16 years – and Chrissie said while she’s still dealing with lasting trauma from the ordeal, she says it’s made her ‘stronger than ever’.

‘I was over the moon that he was jailed for so long. But the attack has completely changed me,’ the full-time mum admits. 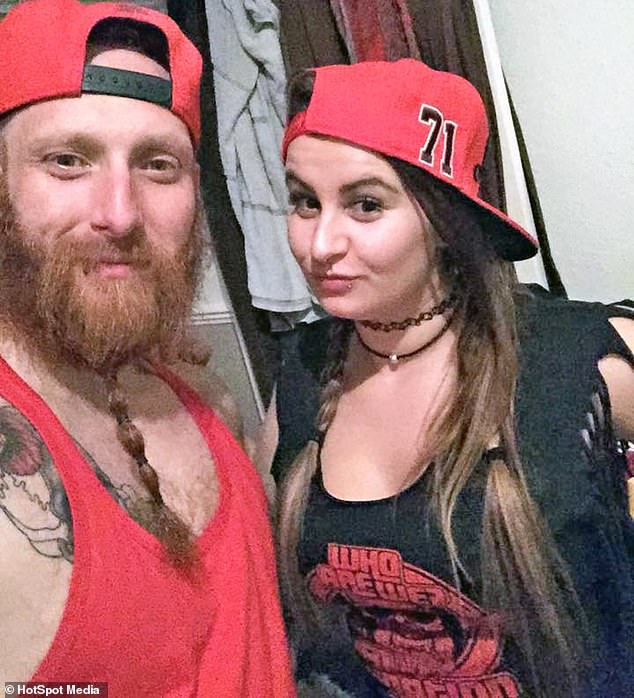 Chrissie Hedley, 27, of Carlisle, was attacked by 15 stone amateur wrestler John-Paul McCann in March 2016 after she ended their relationship when he became violent and controlling

‘I was lucky to escape the attack, I was terrified for my life.’

Chrissie, who has bravely waived her right to anonymity to share her story, met McCann, also from Carlisle, in August 2014 on a night out.

‘I thought he was gorgeous with his muscly body, tattoos and ginger beard,’ she recalls.

‘He made furniture, but was also an amateur wrestler. We started dating soon after.

‘I had two children from a previous relationship and my body confidence was at an all-time low. 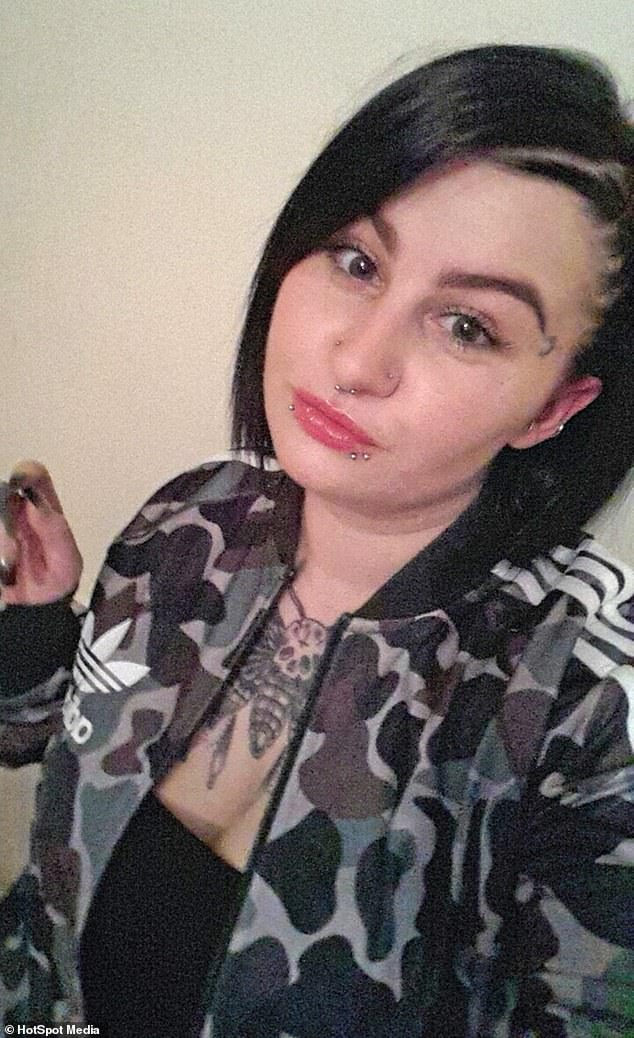 Chrissie said while she’s still dealing with lasting trauma from the ordeal, she says it’s made her ‘stronger than ever’

‘But John-Paul showed me exercises in the gym and soon I lost three stone. I felt great.

‘Seven months later we got engaged and, instead of a ring, we got matching tattoos.’

Soon after McCann moved in with Chrissie, but his behaviour changed.

She remembers: ‘One night we were going out and I had dolled myself up.

‘When John-Paul saw me, he poured a bottle of water over my head telling me that there was no way he’d let me out looking like that.

‘I was so shocked, and scared I didn’t say anything. 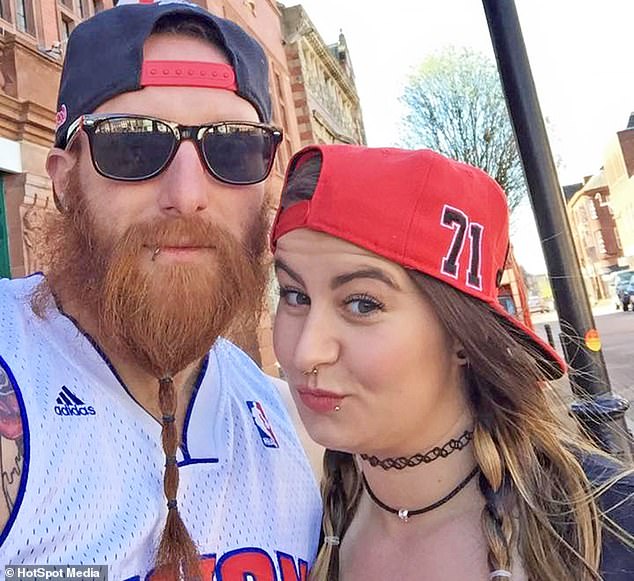 Chrissie, who has bravely waived her right to anonymity to share her story, met McCann, also from Carlisle, in August 2014 on a night out 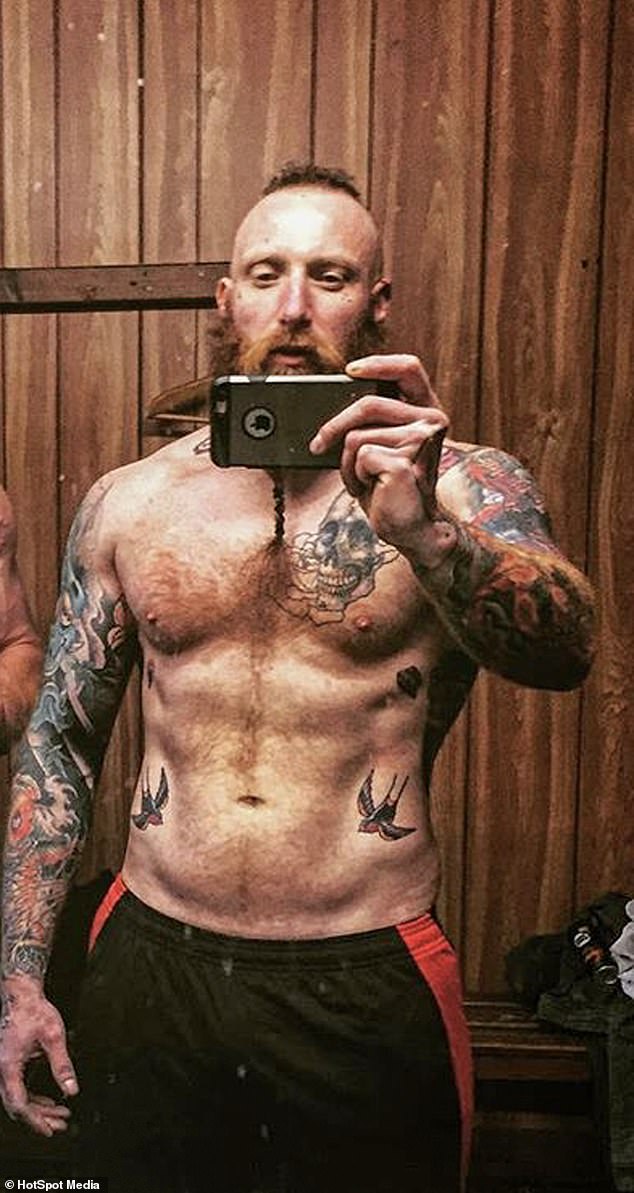 Mother-of-two Chrissie said she thought McCann was gorgeous with his muscly body, tattoos and ginger beard – and he helped her lose weight at the gym

‘Within a year, he’d stopped me seeing my friends and family. He even called me other girl’s names during sex.

‘Afterwards he acted like it never happened. I felt like I was going crazy, it was horrendous.

After the couple moved in together, Chrissie said McCann became possessive and jealous – stopping her going out with her friends

‘I became a shell of my former self, but I couldn’t leave him. John-Paul had me under his spell.’

One night in December 2015, McCann became jealous when Chrissie was texting on her phone. He snatched her mobile off her and smashed her wine glass into her chin.

‘Blood gushed out of my face and he immediately apologised,’ she recalls.

‘Shocked, I cleaned myself up with a baby wipe and went to bed.

‘The next morning, I broke up with John-Paul and kicked him out of the house. But he refused to let me go easily.

‘For the next three months, he messaged me constantly saying he loved me and begged for me back. I ignored him and blocked his number.’

In March 2016, Chrissie was at a bar with her sister Eden, 23, a shop assistant, when McCann approached her.

Chrissie says: ‘He called me a slag. I ignored him but he refused to leave me alone.

‘Eventually the bar staff kicked him out after I complained he was harassing me.

‘Scared that he would follow me I got a taxi to my dad’s clubhouse and stayed there until 8am, then headed home.’

But when she arrived, Chrissie noticed that her back door had been smashed. She called the police, thinking she’d been burgled, but found McCann sat on her sofa.

Chrissie says: ‘He snatched my phone out of my hand and grabbed my hair.

‘He claimed he owned me and punched me in the face. I went dizzy.

‘He told me, “If you can have sex with other men, then so can I one last time.”

‘I fought him desperately as I realised what he was going to do. I begged him to leave me alone but he pulled my trousers down and tried to orally rape me. 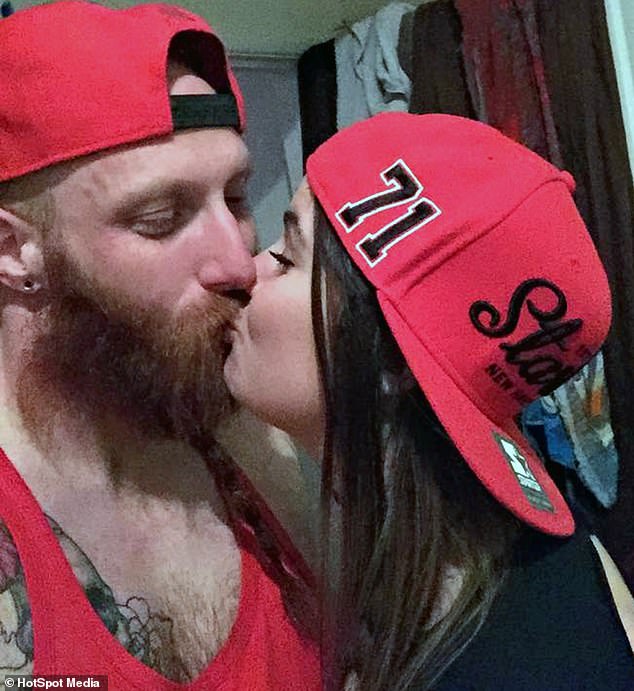 One night in December 2015, Chrissie told how McCann became jealous when she was texting on her phone and snatched her mobile off her, then smashed her wine glass into her chin. She ended it with him the following morning, but he continued to pursue her

‘He groped me with his fingers and tried to force himself on me. I felt sick and struggled as hard as I could, hitting him in the face.

‘Then he threw me onto the sofa where he punched me in the head and kicked me in the sides. It was relentless.

‘Then I heard my phone vibrating. John-Paul panicked and fled.’

Minutes later, police officers arrived and took a statement. Later that day, McCann was arrested at his house and charged.

While Chrissie waited for the trial, McCann wrote a letter to her begging for her forgiveness. 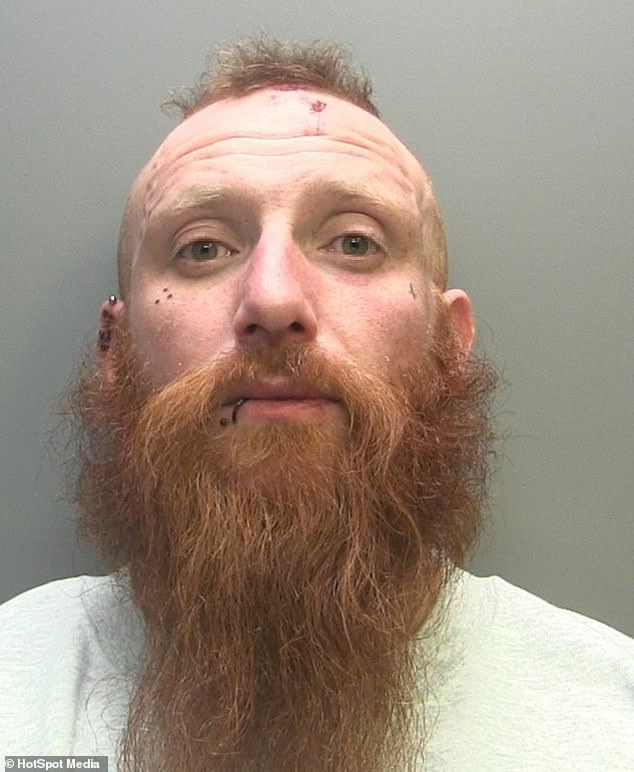 McCann was jailed for 16 years with an extended licence of six years. He was also given a lifetime restraining order against Chrissie and ordered to sign the sex offenders’ register 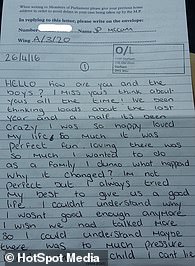 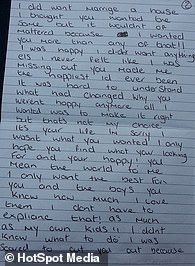 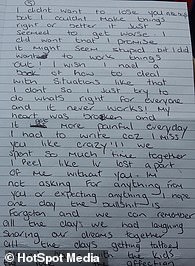 While Chrissie waited for the trial, McCann wrote a letter to her begging for her forgiveness – but Chrissie ignored it, believing it was a final attempt to control her

She says: ‘I ignored it as I knew he was trying to control me one last time.’

In September 2016, John-Paul McCann was convicted of assault by beating, two counts of attempted rape and sexual assault by penetration at Carlisle Crown Court.

He was jailed for 16 years with an extended license of six years. He was also given a lifetime restraining order against Chrissie and ordered to sign the sex offenders’ register.

Chrissie says: ‘I used to be outgoing and bubbly, now I have anxiety and I struggle to trust people.

‘One day, I’ll get my tattoo covered up. I lost my self-worth but I’ve realised that I’m a survivor.’