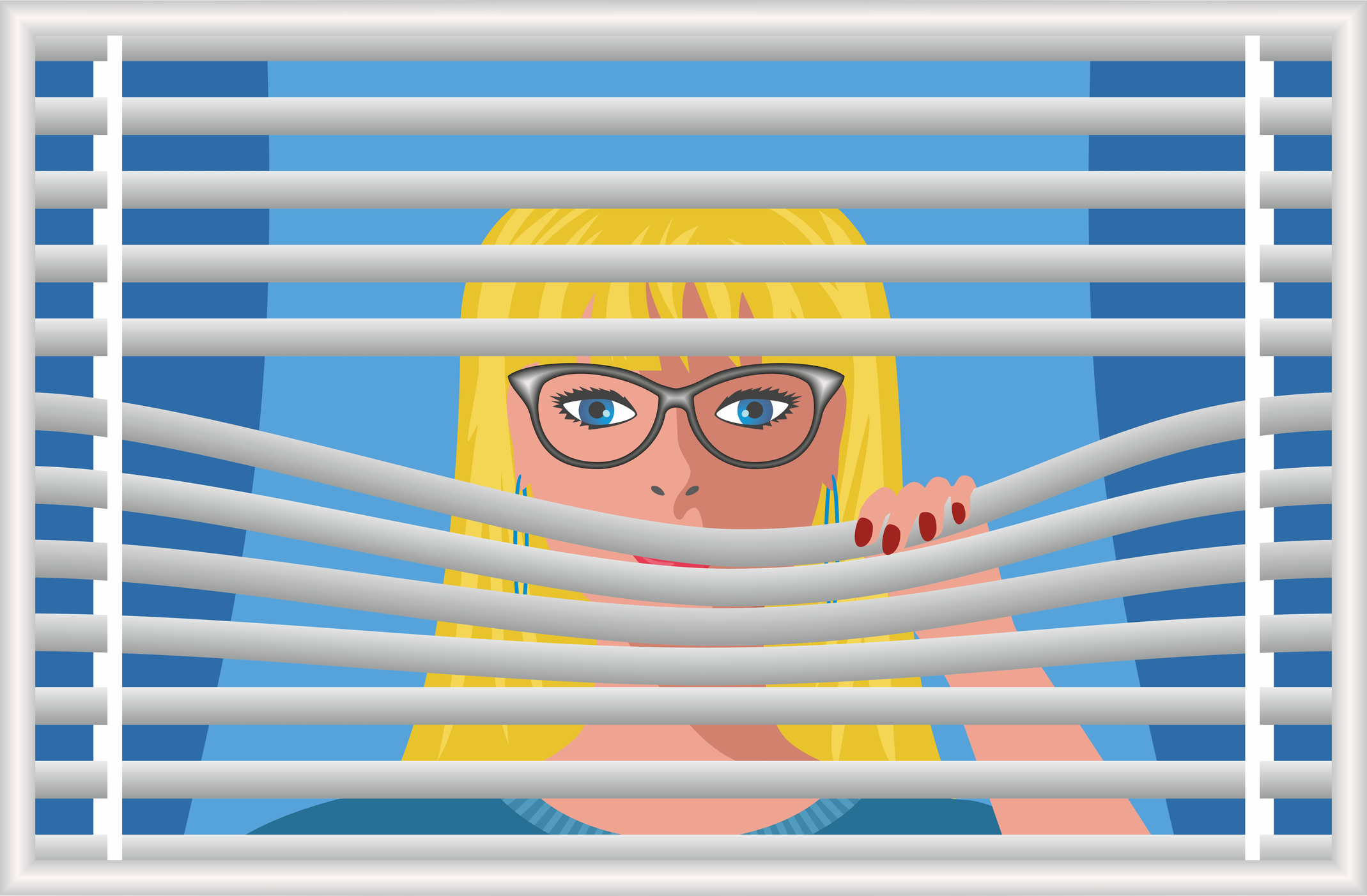 As my parents handed me a bunch of Christmas presents and cards in December 2020, I noticed one from my ex, Daniel*.

This is someone I haven’t seen for more than 25 years, but who is now also my stalker.

I opened the gift and it was a DVD of the new Cats film. I’d been to see the theatre production of it with Daniel many years ago. To be honest, it was so long ago that I had almost forgotten.

Attached to the present was a card that implied my marriage with my husband, Paul* (of 19 years) had ended – it hadn’t. The card read like an attempt to be back in contact and to sympathise with me for finding myself single.

My ex is – as far as I was aware – married with kids, so a bit odd that he would be in contact like this.

Daniel had sent the Christmas present to my parents and addressed it to me using my maiden name. My parents were as confused as me about this, so I just brushed off the conversation because I didn’t know what to say.

It wasn’t the only unwanted contact he’d tried to make with me over the years and it hasn’t been the last.

The thing is, he lives in New Zealand and I live in the UK with my husband – but he still manages to stalk me. I’m really confused as to why he does this.

Daniel and I had gone to school together and were friends then. We got together in the last year there and when university came along, he went to study in New Zealand for the first year.

Although we knew that it would be hard to be apart, we said we might see other people casually – we were 18-year-old students – but when he came back at the end of the year, we would be back together.

We wrote regularly in the days before email. Then, his letters stopped for a few weeks, which became a couple of months. I knew something was up.

Then a letter came, not so much breaking up with me but telling me about his wonderful new partner, how fantastic she was, how much they were in love, and that he was moving in with her – and staying in New Zealand for the rest of his degree.

What made it worse was that lots of our mutual friends had known for weeks, and none of them told me. I didn’t just lose a boyfriend, I lost some other friends, too.

He kept writing to me intermittently and I wrote back. We were friends before we were a couple, and although the break-up was pretty rubbish, I didn’t want to be childish about it.

My usual nightmares about the relationship with Daniel increased in frequency, which were distressing enough to wake my husband up at night

I met my now-husband Paul through a university society. We were in different cities, but had met a few times. Nothing had happened but there was a spark.

Maybe six months after Daniel’s letter telling me about his new partner, Paul and I got together. Paul’s a big personality, who is larger than life with a drive to make the world a better place – he’s a completely different background to me.

After four years, we got engaged. These were the days before social media, and there would be big email groups of jokes and all sorts of silliness sent around.

We would have emails among my friends where in some instances both Daniel and Paul would be copied. They’d never met and probably never would, and knew about each other.

Not long after our engagement, Paul and I were both surprised to get a series of unpleasant emails from Daniel, telling us how we all knew I actually wanted to be with him and seemed offended that I had got engaged to Paul. It seemed odd and out of character.

I replied and asked him why he was sent the emails. He denied doing it – even though they came from his account and were about our relationship – and we both blocked him. We asked our friends not to include us in emails with him, which was an awkward conversation.

Around 12 years later, social media appeared and I noticed there was an occasional interaction from him with some posts from mutual friends with photos of our son.

We hadn’t heard anything from him in that time – other than the odd comments from our mutual friends – and seeing him liking a photo of our infant son felt a bit odd and uncomfortable. We blocked him and hoped we had moved on.

The random Christmas gift in 2020 and Daniel’s assumption that I’d broken up with my husband was the first time I’d heard from him since we blocked him.

Then a few months later, a birthday card arrived for me, this time to our address. It contained a series of references to our relationship – like things we had done together, recollections of what we had done with friends, and tales from school.

You might think that the easy thing to do is just to delete the emails and throw the presents in the bin. Unfortunately life isn’t that simple.

The oddness of the situation makes it stressful, and Paul and I both felt the anxiety of bits of the past being brought up that we didn’t want to think about, let alone discuss. My relationship with Daniel had some difficult patches, which I had consigned to the history books my mind.

Around that same time, nightmares about the relationship with Daniel increased in frequency, which were distressing enough to wake my husband up at night.

We ignored it, and hoped as the tedium of lockdown ended, the attraction of sending all sorts of oddities to an ex from more than half your life ago on the other side of the world would dissipate.

It didn’t – 2021 saw our 20th wedding anniversary and on that day, I received some flowers. They weren’t from my husband, they were from Daniel to ‘cheer me up’ and commiserate about me being stuck with Paul for that time.

How do you explain that the nice guy from school is a bit of a weird stalker?

We had to do something. I emailed him and told him to stop. There has been no reply. I also told some mutual friends, which was not an easy conversation.

I met up with a group of my closest friends from school. In their mind, Daniel was a nice guy from school – fun and harmless. A couple of them had even seen him in New Zealand over the years.

They have remained in contact with him throughout, and I felt like I was asking them to chose between me and him which made me feel very uncomfortable.

How do you explain that the nice guy from school is a bit of a weird stalker?

One of them also emailed him – this time he replied and denied sending the items but said that they would now stop.

That made no sense to me. How can he guarantee contact will stop if he’s not the person behind it? Who else would know the details of our relationship from all those years ago to write the cards and messages? And as much as I’m struggling to understand Daniel’s motivation to do it, it makes even less sense for anyone else to do it.

We argued about what to do. Should we call the police? And which police? The UK or New Zealand? Without knowing his motive, what he hoped to get out of it, we didn’t know if the attention was what he was craving or whether that would be a deterrent or a victory.

Not knowing is the hard part. It makes no sense to us and just leaves us wondering why and what’s next. The internet means that geography is not an issue. In fact, this sort of stalking has leapt up by 28% in 2020/21 through Covid-19 lockdowns, according to the ONS.

Summer became winter, and as the shop windows filled with Christmas decorations, I filled with anxiety about what might come through the post next. What bad memory would it trigger? What skeletons would be dragged out of the closet? Paul and I got less sleep in December than we expected. In the end, nothing came.

We still don’t know if it is over, or is it just over for now?

It’s hard to explain the impact of this sort of stalking, and why it is so upsetting – but it is. If it happens to you, seek help. There are a whole series of organisations who can offer great help and support.

Speaking to a support group or a counsellor – we’ve spoken to both between us – can give you an independent ear to listen and to believe you. They can also help to remind you that you’re not the only person receiving this sort of unwanted attention.

Know that it’s OK to be upset, and know that this behaviour is not acceptable. It’s amazing how cards and emails can be written in a way that sounds friendly but still feels sinister, and makes it hard to complain about.

Emails asking how you are and making references to happy times can sound really positive to someone who doesn’t know the context and the background, and I still wonder if any law enforcement would take us seriously complaining about receiving gifts and flowers, even if they are unwanted.

Ultimately, the stalker wants a reaction, a response and some validation. Don’t give it to them.

Instead of responding to them, tell the police, or a stalking support group. We’ve given up trying to understand what it’s all about or what Daniel is trying to achieve.

We just hope that it has stopped for good now.

*Names have been changed.