Naivety meant I lost my house when my husband died

As Alex Delaney gazed up at her new husband on her perfect wedding day beneath a hot Italian sun, nothing could be further from her mind than matters of money, mortgages and will-making.

‘We had a lovely relationship but we didn’t address those really important milestones and conversations. It wasn’t that money itself was a taboo, it’s just that my husband didn’t want to dwell too much on it,’ Alex explains.

That was in 2011. Just seven years later, Alex became a widow — at the shockingly young age of 34 — and experienced first-hand the gutwrenching consequences of a partner dying without making a will.

Not only did she lose her husband Nic, she also lost her home. ‘I assumed because I was married, I’d be protected in the eyes of the law. That wasn’t the case.’ 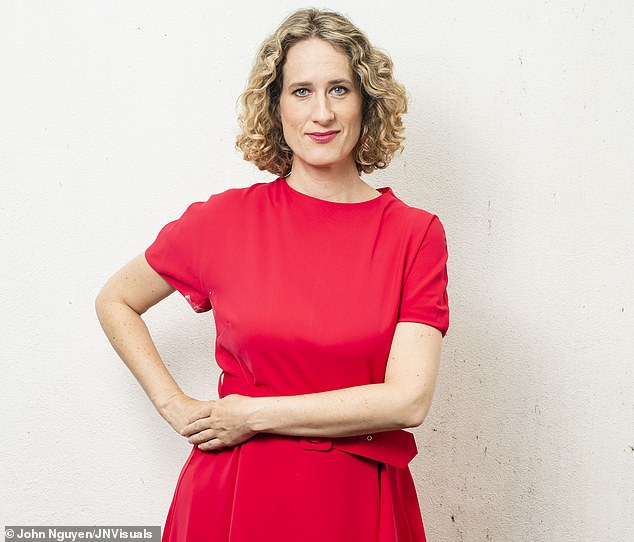 Alex Delaney (pictured) become a widow at the age of 36 after she lost her husband Nic. When sorting out his affairs she found a private loan agreement for their flat, in which she was expected to pay his father £250,000 in the event of Nic’s death or divorce

This devastating chain of events led her to found Lemons.life, a simple online will-writing service to help other busy women avoid her own distress. Alex was 24 and working in charity communications when she met Nic Infante, a 29-year-old software developer, through a dating app.

He was a loving boyfriend and they moved in together after a year then bought their first home, a two-bedroom flat in Hackney, northeast London, in 2011.

Or rather Nic, who earned more, bought it, with help from his father Neri. Alex paid Nic rent every month. ‘I thought: “I’m the live-in girlfriend. Hopefully this relationship will go the distance, but I don’t know if it will.” I contributed to the mortgage. It wasn’t that I expected anyone to pay my way.’

They married two years later in Tuscany. Alex still didn’t have her name on the mortgage, but assumed marriage would protect her. ‘Whenever I brought it up, Nic said “Don’t worry about it.” So I just glided over the finer detail.’

After experiencing problems conceiving, they began undergoing fertility treatment in 2017. They talked vaguely about making a will, but never got round to it.

Then tragedy struck. On January 7, 2018, after they had returned home from visiting Nic’s father Neri and his stepmother, Nic suddenly became breathless. ‘I’d been nagging him to clean out a cupboard but as he leant down, he collapsed.’ Alex called an ambulance and Nic was taken to hospital. 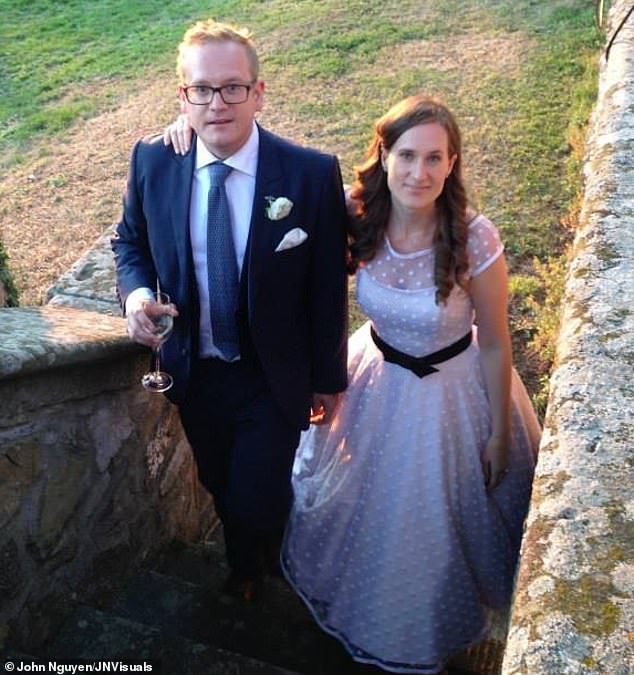 At a family meeting, it emerged that Nic’s (pictured with Alex) father wanted the money to be returned. As the mortgage was in Nic’s name, and she couldn’t afford to get the same deal with her own salary, she would have to sell the property to repay him

She watched Nic being wheeled into A&E on a stretcher. Alex was clearly very concerned, but presumed she would soon be by his bedside. But it was the last time she saw him alive. Within 45 minutes he had died from a pulmonary embolism — a blood clot which had travelled from his leg up to his lungs — at the age of 39. ‘I hadn’t even had the chance to say goodbye.’

Because Nic died without a will, Alex had to apply for grant of letters of administration which would allow her to start probate to deal with his estate. And worse was to come. When Alex and her dad began sorting out Nic’s affairs, she found a private loan agreement between Nic and his father for the money used to buy the flat.

Alex was shocked. ‘I had no idea the money was a loan. Looking back, I never asked on what basis Nic was given the money. I was incredibly stupid. I was almost negligent about my own future, because I just went: “Oh well, I’m married and it’s all lovely.” And yet I’m a feisty, feminist type.

At a family meeting, it emerged that Nic’s father wanted the money to be returned. As the mortgage was in Nic’s name, and she couldn’t afford to get the same deal with her own salary, she would have to sell the property to repay him.

Her father negotiated on her behalf and Neri agreed to knock down the loan by a fifth. Alex moved out of the flat a year later, paying off the mortgage and returning the money to Neri.

Nick didn’t have his own life insurance — ‘I thought he did’ — but he had a workplace pension which he had started when he first began his career. ‘His mother was actually the written beneficiary of that policy but the trustees took the decision that because he’d been married, but had never updated the beneficiary, it could be split between us.

‘I’ve always been very close to Nic’s mother, but it was an awkward conversation. I explained I needed the money to survive in London and we came to an accommodation that felt comfortable for both of us.’ It allowed Alex to buy a flat near to her original home.

Today, Alex is a woman on a mission to transform the way we talk about money. ‘We are so illiterate about this topic. Basically, if you live with a partner and are not married or in a civil partnership, you need a will because, without one, your partner may not get what you intended.’

Meeting other widowed people, she found that because they had been cohabiting with their deceased partner — in other words, they weren’t married — sometimes the partner’s family took over decisions about the funeral. ‘It can be very difficult, because the mum makes the choice because she’s next of kin, and the partner is left sad and isolated.’

Before he died Nic had given Alex legal permission to use the embryos they had frozen in preparation for IVF treatment. ‘He told me if anything happened to him, he would want me to grieve, but also to feel I could find someone else wonderful and get on with my life.’ She never anticipated having to act on that.

In the end she decided not to go ahead. Instead, she froze more of her eggs, not knowing what her future would be like without the husband she had planned it with.

Though still passionately wanting a family, she gave herself permission to grieve for 18 months.

When she eventually began dating, she was very upfront with potential partners that she wanted a family. Some couldn’t handle such frankness, she laughs. But two years after Nic’s death, she met her partner — a 46-year-old academic researcher.

‘I’m in a relationship with a wonderful person who completely understands how much I loved Nic and accepts that he will always be a part of my life.’ She still wears Nic’s wedding ring.

Nine months ago, Alex gave birth to their son. And she and her former mother-in-law remain very close. ‘She’s so kind. It would be very easy for her to feel that I’ve replaced Nic quite quickly, and had a new family, but she’s been incredibly generous about it. Her spirit is she knows that Nic would have wanted me to be happy.’

It’s a happiness Alex knows she earned. But she is evangelical about people being more prepared for loss. Death doesn’t only happen to older people, she stresses.

‘Part of my evangelising is for parents to nag their adult children to make a will. I really wish my family had nagged me more.’

She firmly believes we need to talk about death differently so we can get better at dealing with life’s difficult times. ‘For most people, there is plenty of time to change your mind, and update your will throughout life,’ she says — but for some, struck by tragedy like her, there simply won’t be.