Empty frames still hang at the Isabella Stewart Gardner Museum in Boston more than three decades after one of the world’s biggest art heists saw masterpieces ripped from them. The paintings by Rembrandt, Degas, Manet and Vermeer might have vanished, but the intrigue about the robbery has never faded.

And it is now the subject of a documentary This Is A Robbery: The World’s Biggest Art Heist released this week on Netflix. It’s just the latest looted art to have stolen the show – there was the recent popular French series Lupin, the 2018 movie American Animals and even Australian band The Whitlams recently released a song about a botched gallery robbery.

So why are we drawn to the art heist? Well there’s all the sex, money and power. Think: Entrapment, The Thomas Crown Affair and the Oceans series. 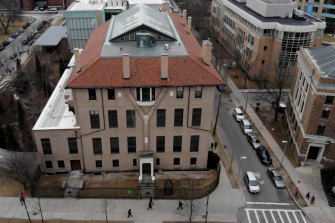 “Hollywood likes to portray art heists as daring, master criminals doing masterful acts,” Associate Professor Christopher Marshall, from the University of Melbourne’s art history department says. “But I don’t think it’s a pretty crime at all, though I understand the mystery of it all seduces people.”

Seduction is precisely what director brothers Colin and Nick Barnicle are banking on with This Is A Robbery: The World’s Biggest Art Heist.

“In a city that operates like a small town, it’s such an oddity that nothing came out of the investigation – no arrests, no art, not even one proof of life,” says Colin Barnicle, who started working on the documentary back in 2016.

“For me, it’s always felt tantalising, as if the art was right around the corner…Our appetite for docu-series like this is insatiable, then you add in the heist factor, and it becomes almost James Bondian in a way.”

Associate Professor and former art critic for The Bulletin, Joanna Mendelssohn, is reluctant to glamourise the heist. “Works are badly treated, violently cut out of frames, and all that’s left is an empty canvas,” she says. 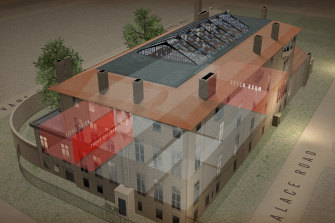 A still from Netflix’s new documentary This Is a Robbery: The World’s Biggest Art Heist.Credit:Netflix

But art heists aren’t always picture perfect. And some in the genre capture the amateur, awkward and opportunistic, offering a chance to barrack for the underdog.

“There’s this perception that art is an elitist, exclusive club that the rest of us never get access to, so these types of heist stories prick that bubble of pretension,” Marshall says.

In the 2018 black comedy, American Animals (based on a crime that took place in Kentucky in 2004), a group of students stumble across a rare copy of John James Audubon’s Birds of America in their university library. Their heist is low rent, and the result is predictably unsuccessful. British actor Jim Broadbent will later this year play real-life London cabbie Kempton Bunton in The Duke.

In 1960 Bunton climbed through an open bathroom window at the National Gallery in London and made off with Francisco Goya’s portrait of the Duke of Wellington. Who needs Catherine Zeta-Jones’ contortionist skills from Entrapment when the window is wide open? 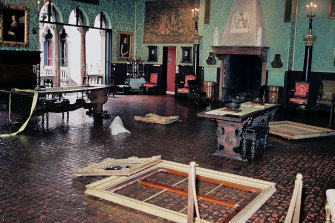 .Our appetite for docu-series like this is insatiable, then you add in the heist factor, and it becomes almost James Bondian in a way,” says director Colin Barnicle.Credit:Netflix

Perhaps this trend reflects our interest in seeing someone ordinary attempt to pull off the spectacular – at least that’s the appeal for The Whitlam’s frontman, Tim Freedman.

The Whitlams last year released The Ballad of Bertie Kidd, their first new song in 14 years. The track is an ode to a story about a botched art robbery carried out by Australian career criminal Robert “Bertie” Kidd who planned to knock off artworks by Norman Lindsay, Pro Hart and Picasso from a regional gallery in Gosford in 1998.

“I thought it was hilarious that you have these four young fellows who think they’re going to make their fortune, and in the end, it was a disaster on several fronts,” lead singer Tim Freedman says.

“The story relayed to me was that they put their balaclavas on too early and were spotted by the police, and the booty they coveted turned out to be Norman Lindsay prints. But even through all the slapstick, there’s always the element of rooting for the robber.”

Try as we might to take the high road, it is the heist road that still draws us in.