Nick Cannon denied that he jokingly proposed to Ashanti on the red carpet at the 2021 MTV Video Music Awards — despite photos clearly showing otherwise.

“Usually I don’t address this social media gossip but after my name was trending WORLDWIDE again for something I didn’t do, I have to say y’all trippin on this on!” he wrote. “I have a brand new Talk show coming out September 27th! Why would I go to the VMA’s like this!? I heard this some corny new rapper named @MurdaCountHarlem I see no resemblance #respectfully.”

Ashanti, for her part, apparently had no idea that Cannon and Murda Count Harlem were the same person.

“I didn’t even know that was u!!” the “Foolish” singer, 40, wrote on her Instagram Story Monday over a photo of the “Wild ‘N Out” kissing her hand on bended knee at Sunday’s awards show.

Cannon’s fans, on the other hand, picked up on it right away.

“Bring him to WildNOut,” another fan wrote.

A third joked, “😂😂😂😂 I see the resemblance! He could pass as one of your babies” — a clear jab at the father of seven welcoming four kids in less than a year. 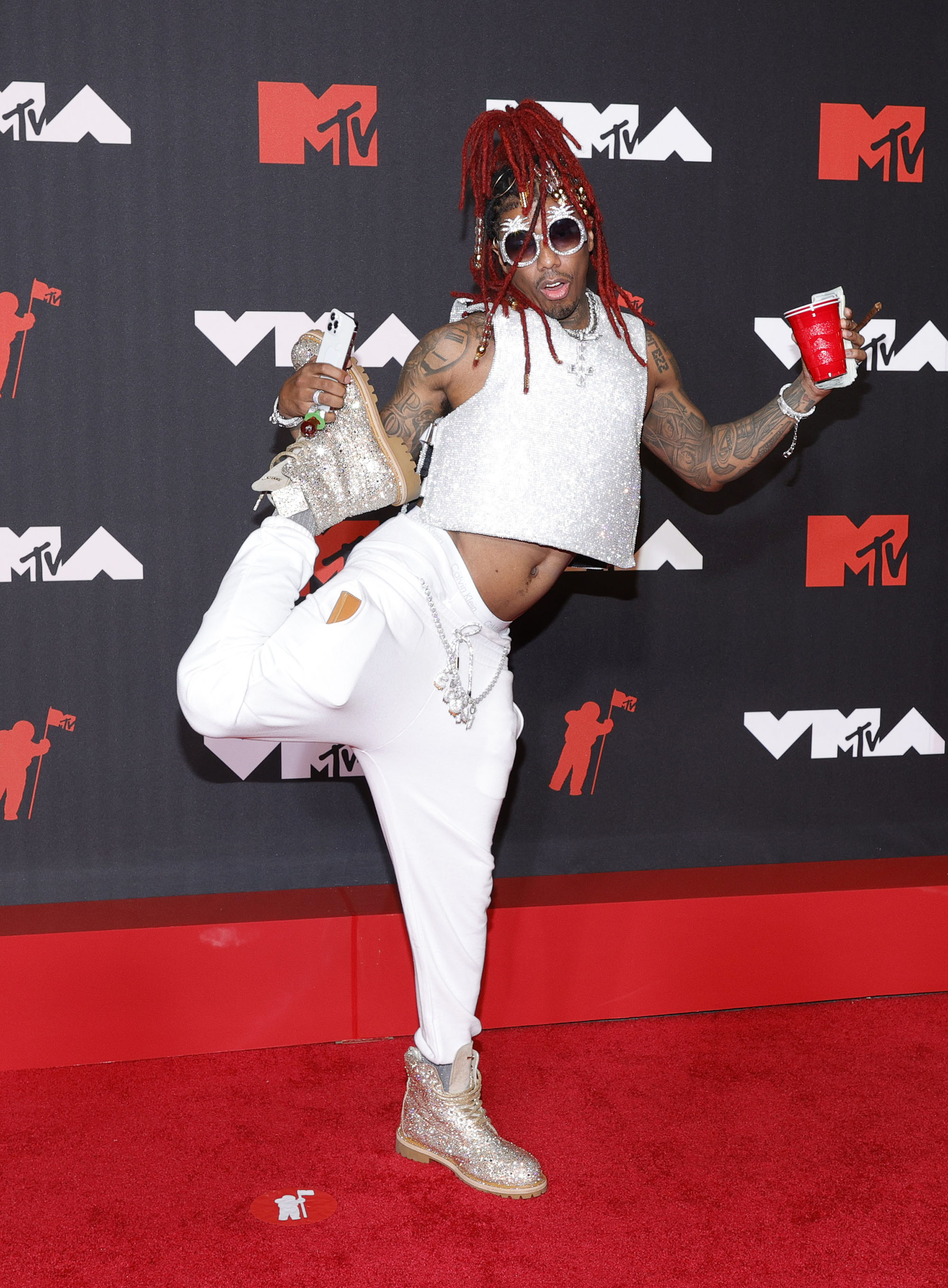 One social media savvy fan wrote, “That’s you Nick 😁😁 you just made that Instagram too 😂🤩😂,” while another pointed out the obvious: “Crazy how y’all have the same tattoos.”

Cannon teased in May that he had his own talk show in the works, though it is unclear whether Murda Count Harlem has anything to do with it.

“We’re going all the way out, and we’re about to have some fun. … Join me this fall,” he said at the time. “Y’all, I cannot wait for you to see all the amazing things we are in here cooking up, working on, and I get to be as authentic, as real, as transparent as I possibly can. You’re my family. So let’s get to it. It’s Nick Cannon, baby.”

The show was set to premiere last year but got pushed back after the host made anti-Semitic comments on a podcast.

He was also fired from “Wild N’ Out” over the remarks, but MTV rehired him after he apologized.