Home » Lifestyle » Not a merry Christmas: consumers hit by inflation and rates

Not a merry Christmas: consumers hit by inflation and rates

Soaring inflation and rising interest rates have driven confidence among consumers down to levels last seen during the depths of COVID lockdowns, with many Australians planning to slice Christmas spending as they struggle with falling real incomes.

As the federal Treasury said it was now “probable” that many developed nations faced recession and called for spending restraint and tax increases to repair the budget, there were signs that the business sector is growing concerned about the strength of the economy. 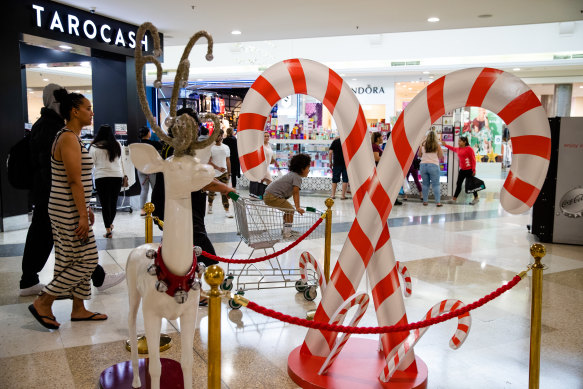 The International Monetary Fund, Treasury and the Reserve Bank have all downgraded expectations for the domestic and global economy over the past four weeks amid high inflation and efforts to control it through tighter monetary policy.

The RBA last week lifted official interest rates to 2.85 per cent, their highest level since 2013, with the bank warning consumers should expect even more rate pain in coming months.

Consumers are taking on board those warnings, with both the ANZ-Roy Morgan weekly and the Westpac monthly measure of shopper confidence falling to their lowest levels since early 2020 when the country went into COVID-related lockdowns.

Both showed consumers spooked by high inflation, particularly the federal budget warnings of high increases in electricity and gas prices, with many households bracing for a tough 2023.

Westpac found almost 40 per cent of its survey participants are looking to cut Christmas spending, a record high for the measure. It also found the October budget has failed to buoy consumers, with 35 per cent reporting Treasurer Jim Chalmers’ fiscal blueprint had worsened their financial outlook.

“They are continuing to spend, but this likely reflects higher prices more than higher volumes. Higher interest rates and higher inflation are clearly impacting the consumer psyche,” he said.

Data released by the OECD on Tuesday confirmed the hit being taken by Australian households due to high inflation.

Real household income across the country fell another 0.7 per cent in the June quarter, the third successive quarterly fall in real incomes. It is the first time this century that incomes have fallen over such an extended period.

Despite the fall, household income in Australia is still 4.9 per cent above their pre-COVID level.

While consumer sentiment has fallen over recent months, business confidence and trading conditions have remained elevated.

But the closely watched NAB business survey, released Tuesday, showed confidence has now fallen below its long-run average with big falls among the transport and utilities, mining, manufacturing and finance sectors.

“Despite the strength in conditions, confidence has been falling for several months as headwinds have weighed on the outlook for the global economy and Australia,” NAB chief economist Alan Oster said.

The October budget revealed an improved bottom line this year and next but a lift in forecast deficits through 2024-25 and 2025-26. Over the next four years, the budget is expected to run-up combined deficits worth $181.8 billion.

“It is becoming probable that major developed economies will soon experience recessions and it is likely China will grow at the lowest rate in over 30 years outside of the pandemic,” he said.

“Inflation in many countries is at its highest level in the era of independent central banks. The primary causes of these ructions are two-fold: pandemic and war.”

Yeaman said the expected slowdown in economic growth, combined with higher interest rates, meant more active repair of the budget was needed to stabilise government debt which on Tuesday went above $900 billion for the first time.

“Beyond the near term, the budget pressures are more profound and will likely require a combination of spending restraint and increases in taxes to reduce deficits and lower debt,” he said.

“Necessary policy decisions will be difficult in order to best promote the national interest.”

Cut through the noise of federal politics with news, views and expert analysis from Jacqueline Maley. Subscribers can sign up to our weekly Inside Politics newsletter here.