Home » Lifestyle » Picking up the pieces: The secret powers of the not-fun parent

Picking up the pieces: The secret powers of the not-fun parent

It’s been crammed down people’s throats since, presumably, the first cave woman nabbed a spare minute away from delousing her kid’s pelt.

You’ve got to be the fun parent. 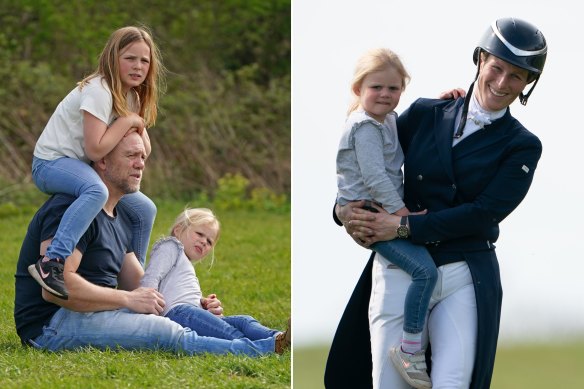 Royal parents Mike and Zara Tindall, pictured with their children Mia (with long hair) and Lena Elizabeth (pictured in both photographs), are just the latest parents to be praised for being “fun” parents. Credit:Getty

We hear it all the time. If we’re not embracing “our inner child” and finding parenting “stitch-in-the-side funny”, we’re doing it wrong. We should be waking our “kids in the predawn hours with the promise of doughnuts and adventure” or mimic the “relaxing and fun” royal parenting style of the eldest granddaughter of the Queen, Zara Tindall, and her husband, Mike. (You can add British actor Florence Pugh’s parents to that list of recently revered fun parents, too.) There are so many benefits! (More on this soon.)

But what about the not-fun parent? The one whose day-to-day activities aren’t fawned over on Instagram, in person, or on the cover of magazines because they are, frankly, too boring to witness? Making sure that camp forms are filled out and school uniforms still fit isn’t as Instagrammable as munching doughnuts with your kids “as the first pink streaks fill the sky”.

But the not-fun parent plays a key, and often unacknowledged, emotional role in the lives of their children. And those playful parents? There’s sometimes tension surrounding the games they play. 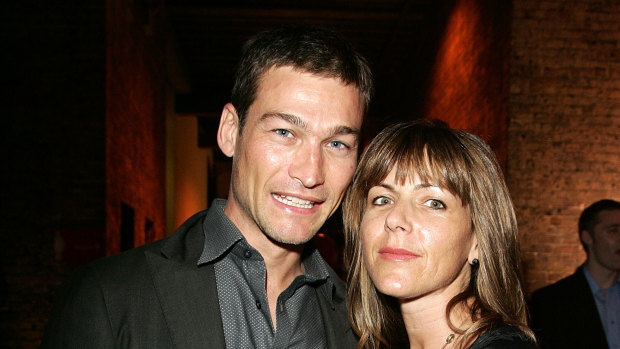 “You see your kids looking at what other families are doing and it seems as though it’s not as fun,” says Vashti Whitfield (right) with her late husband, actor Andy Whitfield, in 2008, of single parenting her two teenage children.Credit:Getty

“It’s 100 per cent important,” says Melbourne-based Stephanie Tan-Kristanto, director of the Australian Clinical Psychology Association, of the daily activities that mark the lives of the not-fun parent. “All of that stuff: the packing, meal prepping, nappy changing, school drop-offs, excursion forms, the dinners that they won’t eat most of the time, teeth-brushing supervision, all of that matters and adds up,” she says. “Kids know the parent that keeps their world spinning [is crucial] – even though they don’t know the day-to-day tasks [the parent does] – because when things start to feel unsteady and off-kilter, they always turn to that parent.”

She has seen it in sessions with families.

“When kids come into a session, it can be a bit intimidating and scary and unknown, being in a room with a stranger,” she says. “You can see who they turn to, and it’s not often the fun parent. It’s the one that helps them to have a steady, stable footing.”

This is the case with one self-declared “not-fun” mother I know. 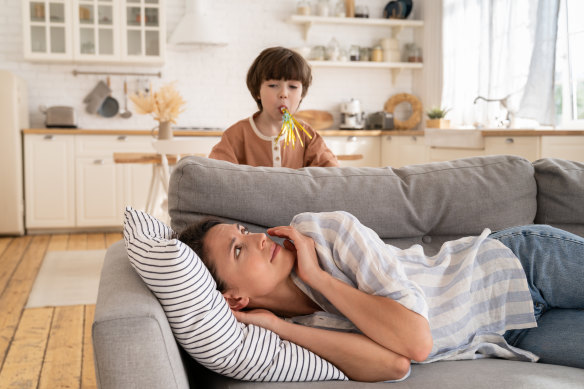 “I just get the eye rolls,” she says of day-to-day life with her three daughters, two of whom are now in university. (One is in high school.) Because while her husband is the one to grab the kids for a last-minute game of UNO before they leave the house in the morning, she’s always been the one to grab their uniforms out of the dryer, pack their lunches, and make a mental note to pick up a chicken for dinner.

“I’m too focused on trying to remember all the things that they [her kids] need to do, to sort of get through the day, whereas he doesn’t have any of those responsibilities at all,” my friend, who works at an aid organisation, says of her husband. “He’s just like, ‘No thanks, I don’t want to be on the school email list’.”

But while he is the “fun parent”, and she’s grateful that her children have him to play with, she is the one they often come to for emotional support, when the chips are down.

“I just got this card the other day [from one of her daughters], and it was just showing so much appreciation for everything I do. That I’m always there, she can always count on me, I’m always supportive. I’m a great role model.” 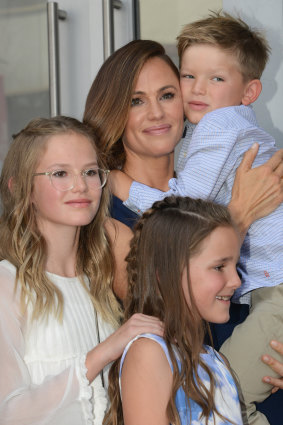 “He gets credit for it [being the fun parent], and I want to be like, ‘I like Oreos too! I’m fun too!’” actor Jennifer Garner reportedly said.Credit:Getty

And her husband, the one with the patience to play Monopoly, which she finds “long and boring and stupid”?

Sometimes he has to coerce his children into doing those activities that look so great from the outside.

“He went out and bought a Meccano set, he talked about it with the kids: ‘When I was your age, this is all we played’,” says my friend. “He gets it out, and was like, pretty much, not forcing, but he just kept saying [to their youngest daughter]: ‘You’re going to love it, we’ll do it together’. She doesn’t want to let him down, so she’s begrudgingly sitting there with him. And he’s saying: ‘See, you love it! You love it!’”

But, isn’t it important that parents play with their children? Of course, it is. Experts report that when children play with their parents, it strengthens their bond and helps children to cope with stress and regulate their emotions.

“It strengthens the relationship between the child and the parent or caregiver, and it helps them to build that level of creativity and helps them to see you as a relaxed and healthier parent as well,” says Tan-Kristanto.

But perhaps we need to broaden our idea of what “fun” parenting is.

Vashti Whitfield, a single mother of two teenagers, is not the typical “fun” parent we see fawned over on Instagram. She hasn’t had the luxury to be since her husband, actor Andy Whitfield – best known for playing the title role in the television series Spartacus – died of cancer a decade ago, when their children were aged seven and 3½.

“I see other people going camping and doing all of these really fun things at the weekend, and the idea of packing the car up and doing that [alone] …,” says Whitfield, a life coach. “You see your kids looking at what other families are doing and it seems as though it’s not as fun because you’re missing elements or ingredients that would create that fun. That’s where I’m not always providing as much fun as I see other families supposedly having.”

But her attitude arguably makes life just as fun, if not more fun, than in so-called fun families.

“So, most people would describe our situation as, ‘Oh my god, that’s so sad’, or something like that,” says Whitfield. But she and her children, aged 14 and 17, share – in addition to a passion for elaborate celebrations like “insane Easter egg hunts” – a “wicked, a silly naughty sense of humour”.

They openly discuss whatever the children want, from the silliest of matters, to the most profound, like the loss of their father. Sometimes, their conversations end up with them “laughing hysterically”, like the time one kid, aged eight, balked at eating sunflower seeds because, as they put it, “seeds come out of a boy’s willy, and I was made from one of dad’s seeds”.

“We [also] have this joke in the house, ‘Do you play the widow card, or do you play the single parent card?’ [to get out of unwanted meetings or activities like picking up other kids from games],” she says. “The joke across the table is, ‘Oh mum, there’s only so long that you can play the widow card before everybody’s going to go she’s just not showing up’.”

And, for those parents – perhaps single parents or those short on spare time – struggling to play with their children, Tan-Kristanto has some reassurance. It’s quality time with your child that matters, in particular time spent focusing on whatever you’re doing with them rather than multitasking,as opposed to quantity time, she says.

“And it’s OK for kids to be bored,” she adds. “Boredom is a really important aspect for kids to experience; that’s where they get to build their sense of creativity.”

Make the most of your health, relationships, fitness and nutrition with our Live Well newsletter. Get it in your inbox every Monday.