POUNDLAND is the first on the high street to stock three new Cadbury Dairy Milk bars – and they cost £1 each.

The chocolate maker has launched the classic treat in three new flavours such as Choca-latte, Simply the Zest and Raspberry Shortcake flavours. 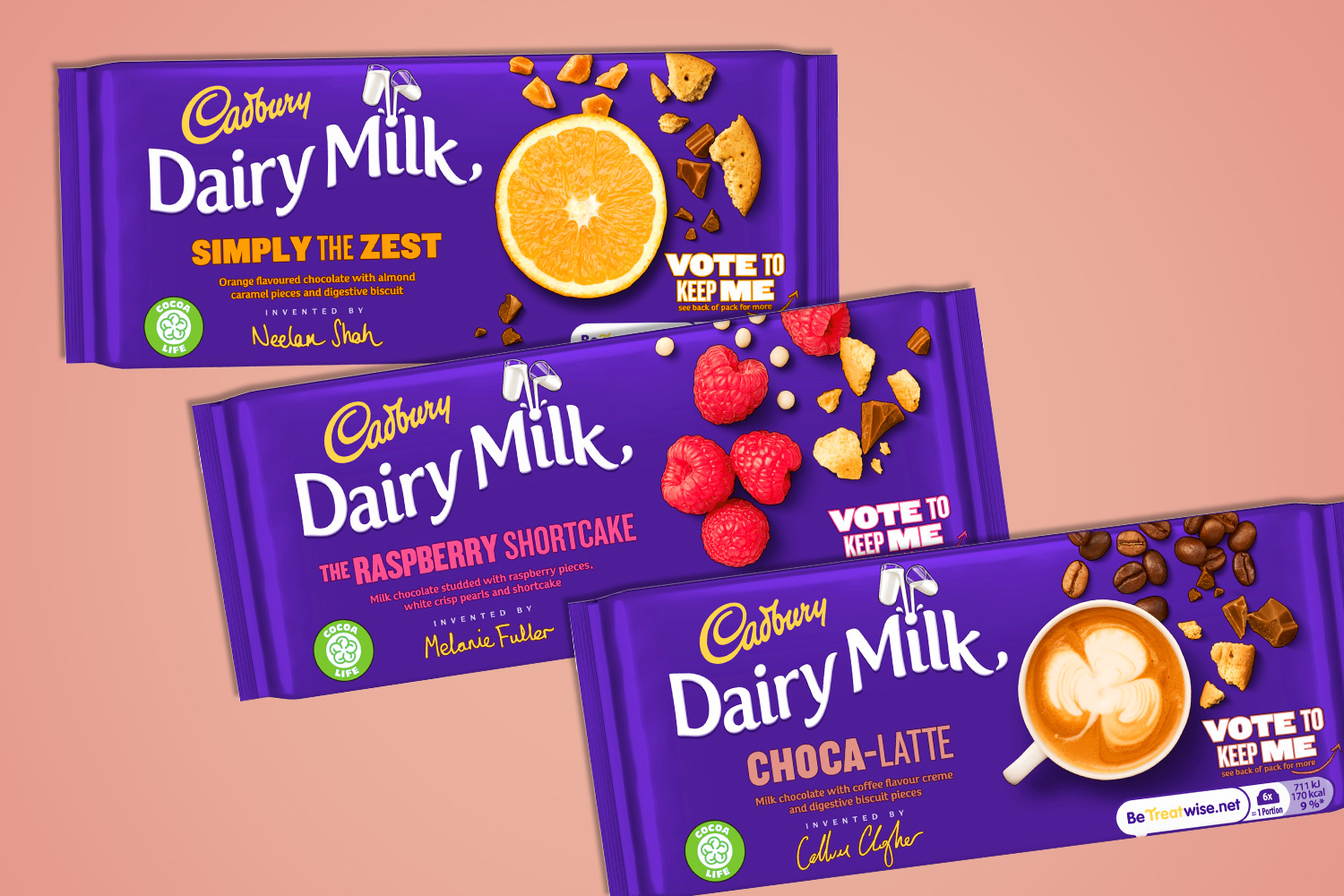 The limited edition bars have been created by fans as part of Cadbury's inventor competition and cost £1.49 from Cadburygiftsdirect.co.uk.

Now, Poundland wants its customers to be the first to try the snacks and they only cost £1 each – 49p than buying them directly from Cadbury.

Only 500,000 bars have been made while the competition is running and customers who try them can then vote for their favourite.

We've not seen the twists on the Dairy Milk classics, which weigh 122.5g each, stocked in any other high street retailer.

Here's how to cut the cost of your grocery shop

SAVING on your shop can make a big difference to your wallet. Here are some tips from Hannah Maundrell, editor of Money.co.uk, about how you can cut the cost of your shopping bills:

The discounter began stocking the snacks from the day they were released – Saturday June 1 – so you may want to head down to your nearest store soon to avoid missing out.

Only the winning flavour will become a permanent fixture on supermarket shelves to sit alongside other Dairy Milk flavours such as Oroe, Fruit and Nut and Crunchie.

That means two of them won't ever be made again.

Not convinced? Well, caffeine fiends will want to try the Chocoa-latte bar which is made with a mix of coffee cream and vanilla sandwiched in between Dairy Milk chocolate.

If you're feeling fruity then the orange infused Simply the Zest may be more to your taste buds.

Pudding fans will want to try the Raspberry Shortcake that's made with berries, white chocolate and shortcake encased between Dairy Milk. We're already drawling at the thought…

You can vote for your favourite bar on Cadburyinventor.com until July 29. The winner will be announced in September.

Do you remember the white chocolate Cadbury Dream bars that disappeared from shelves a few years back? Well, we've found a way to buy them.