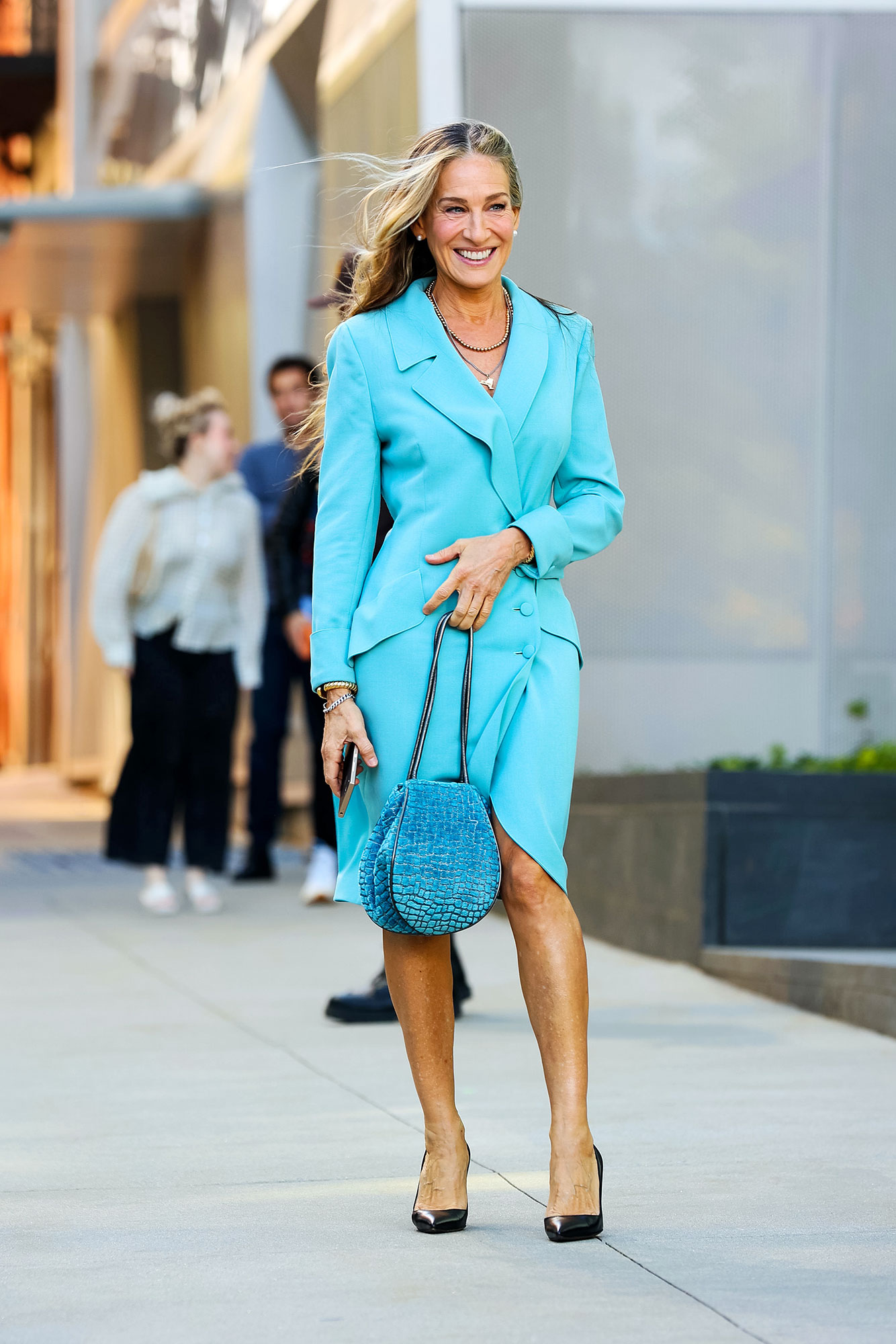 From the opening credit Tutu and her Manolo Blahnik heels to her glitzy purple Fendi bag, there’s no question that Sarah Jessica Parker had her fair share of iconic outfits in the original Sex and the City series.

And now that the And Just Like That … revival is well underway, it’s becoming clear that the 56-year-old actress is creating another iconic style statement. It appears that Carrie Bradshaw’s new classic hue for a wow-factor wardrobe moment is a powder blue.

On Monday, November 1, the Failure to Launch star was spotted filming in a beautiful blue blazer dress that was sophisticated, chic and timeless. The stunning coat dress was styled with a crocodile print bucket bag, black pumps and gold jewels.

While this is certainly one of her best looks to date, it’s also part of a bigger pattern. Rewind to October, and Parker was spotted filming for the show in a Norma Kamali number that had the same pale blue hue. The sleek midi dress was paired with a custom-made Max Mara double-breasted blazer. 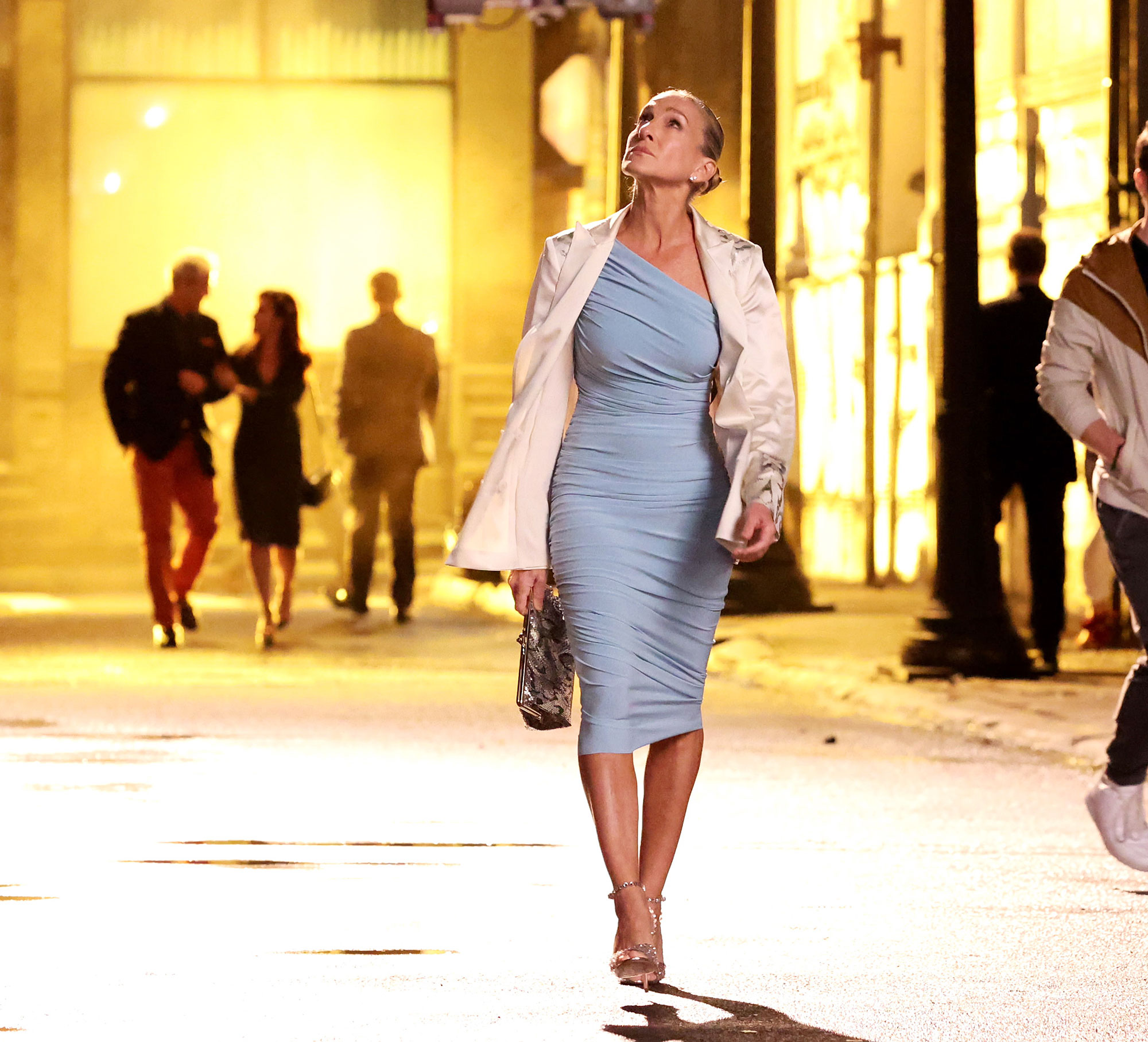 Even though fans seem to be on board with these stunning looks, it hasn’t been all smooth sailing in the fashion department. Over the summer, fans threw a bit of a tantrum on Twitter when they mistakenly thought that one of Parker’s dresses was a fast fashion purchase from Forever 21.

“Just found out this hideous dress is from Forever 21 … Carrie Bradshaw would never put one foot inside that store what are they doing to her,” a user wrote at the time. Another said, “Y’all I’m nervous about the new Sex and the City. They got Carrie in a Forever 21 paisley maxi dress and a Gucciaga bag.”

The social media spiral later calmed down after it was revealed that the maxi dress was actually a couture creation from the brand Raga, which is sold at Anthropologie, Nordstrom and Mode Sense.

Sex and the City stans have been overjoyed by a handful of nostalgia-ridden clothing choices however, as the series costume designer, Molly Rodgers, has brought back a handful of accessories from the original series.

While filming in October, the star was spotted in a pair of Python-print Dior heels, Timmy Woods Eiffel Tower bag and studded belt that all made their first appearance in the 2008 Sex and the City Movie.

She also gave an ode to Parker’s tutu from the series’ opening credits, wearing a reimagined version while out and about in August. “So much Carrie vibes, too much for my heart,” a fan wrote at the time. Another added: “This makes me so happy!! I started AGAIN watching the series for the 10th time and I can’t get tired of it! Love you.”