Queen Elizabeth fascinated with Hollywood icon similar to her

In 1956, Queen Elizabeth met another queen – albeit of Hollywood and the world of cinema: Marilyn Monroe. Born just weeks apart, the two women were 30 years old when they met for the first time, and they made a huge impression on each other.

Marilyn Monore did not usually around for people after attending events, but at the London film premiere ofThe Battle of the River Plate, in Leicester Square, she stood in line to meet the Queen.

The photograph of the two women meeting, which is the only photo that exists of both in the same frame, could be one of the greatest photos ever taken of Elizabeth during her reign, according to associate lecturer at the University of the Arts, London, Tom Seymour.

Writing in The Art Newspaper, Tom added that “it could be argued that no two women did more to define modern femininity in the 20th century”.

Author Michelle Morgan also mentions Her Majesty and Marilyn’s meeting in her 2022 book, When Marilyn Met the Queen: Marilyn Monroe’s Life in England. 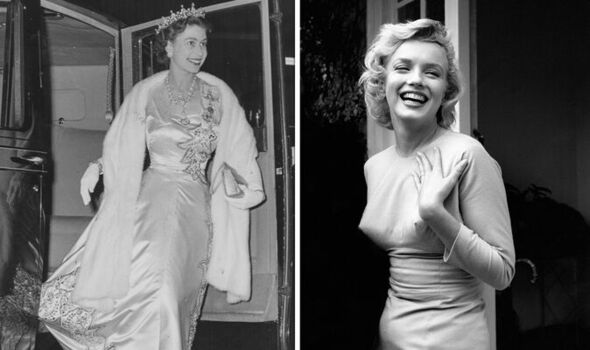 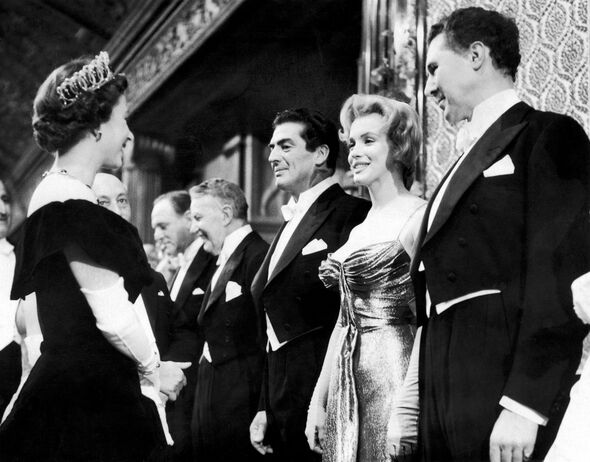 Michelle explained how the Queen and Marilyn were once neighbours in Windsor, a fact that the Hollywood icon told Her Majesty when they met.

The author wrote: “As the Queen gave her a brief look up and down, the actress took Her Majesty’s hand and then descended into a well-practised curtsy.

“The two then chatted for several minutes, and covered subjects including being neighbours and the Queen’s beloved Windsor.

“‘We love it’, Marilyn said. ‘As we have a permit my husband and I go for bicycle rides in the Great Park’.”

Michelle went on to question whether the Queen and Marilyn had any sort of relationship following their brief encounter in 1956.

She said: “In 1961, an article appeared in People that gave a glimpse of the Queen’s thoughts on Marilyn, through the eyes of an unnamed ‘friend’.

“The article said that after the Royal Command Performance in 1956, the Queen became fascinated with Marilyn and watched every one of her movies.

“She apparently told the friend, ‘I thought Miss Monroe was a very sweet person. But I felt sorry for her, because she was so nervous that she had licked all her lipstick off’.” 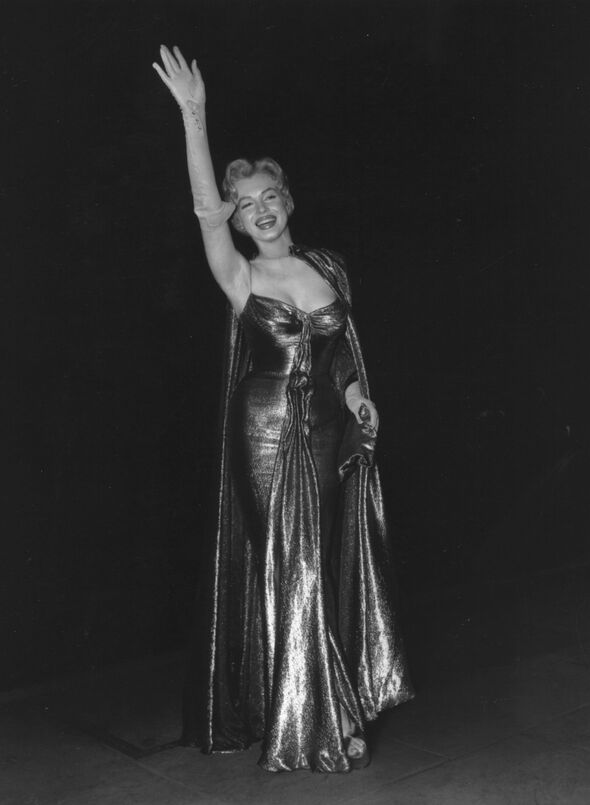 Michelle explained that “footage of the event seems to back this up, since Marilyn can be seen licking her lips as she waited for the royal guests to reach her”.

When Marilyn’s four-month stay in the UK came to an end, she was asked what she enjoyed most about her time in England, which included the premiere of her husband Arthur Miller’s play, A View from the Bridge.

“The biggest thrills for me were meeting your Queen, and my husband’s new play,” the actress said. 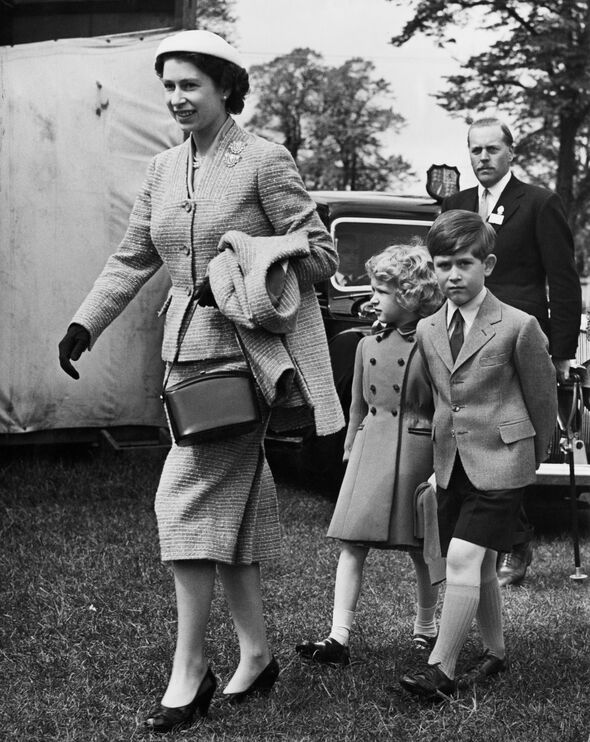 The Hollywood icon was in the UK over the summer of 1969 to shoot the film The Prince and the Showgirl, which co-starred Laurence Olivier.

During her time in the country, Marilyn stayed at Englefield Green, just four miles from Windsor Castle.

Michelle wrote that the actress’ “dream was to have tea at Buckingham Palace, and publicist Alan Arnold found the request on his daily to-do list”.

And this is how Marilyn ended up meeting Queen Elizabeth, and vice versa. For the occasion, Marilyn opted for a beatiful gold lamé dress with a plunging neckline, accessorising with long gloves up to her elbows.

Her Majesty donned a black velvet dress and an impressive tiara.