The Sun-Herald and The Sunday Age can reveal last month’s privacy breach involving more than 2700 Australians stranded overseas was not the first time the Department of Foreign Affairs and Trade has mistakenly disclosed the personal details of its citizens during the coronavirus. 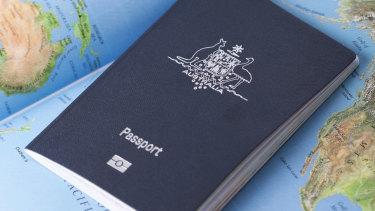 Tens of thousands of Australians are still stranded overseas.Credit:

While last month's mishap was caused by putting recipients' email addresses in the "Cc" section, instead of "Bcc", this mistake is believed to have involved clicking "reply all", instead of just "reply".

On July 29, Australia's Bogota embassy in Colombia forwarded a sensitive and private email from a concerned citizen to more than 300 Australians stuck in South America.

The email went into detail about a family member's visa conditions and the distress surrounding their circumstances. It contained the name, profession, phone number and private email of the Australian citizen.

The embassy then accidentally sent the email to every Australian who had registered on its "return to Australia" mailing list.

It sent a follow-up email to the recipients attempting to "recall" the message – but the email stayed in their inbox. Another email was sent days later asking them to delete the email.

DFAT did not contact the Australian citizen whose details were exposed until two weeks later on August 12, telling the person that their details had been sent to at least 300 Australians stuck overseas.

One of the recipients, who wished not to be named, said he was concerned by the privacy breach.

"The embassy made a futile attempt to recall the email shortly afterwards, however the email never left my inbox," the Australian said.

"This follows a pattern of fairly unprofessional behaviour from the embassy since this crisis began, with confusing and sometimes contradictory information sent out where they have had to issue corrections after sending out faulty information."

On September 30, the personal email addresses of 2727 people stuck overseas were accidentally revealed to one another.

In that instance, DFAT contacted Australians offering them interest-free loans if they had been financially hurt by delays caused by the cap on citizens returning to Australia.

The addressees were mistakenly listed in the "to" field, rather than "bcc", making the email addresses of Australians who had registered as wanting to return home visible to other recipients.

DFAT tried unsuccessfully to recall the email in that instance as well.

END_OF_DOCUMENT_TOKEN_TO_BE_REPLACED

END_OF_DOCUMENT_TOKEN_TO_BE_REPLACED
Recent Posts
We and our partners use cookies on this site to improve our service, perform analytics, personalize advertising, measure advertising performance, and remember website preferences.Ok