Royal Expert Has A Surprising Opinion About William And Harrys Rift 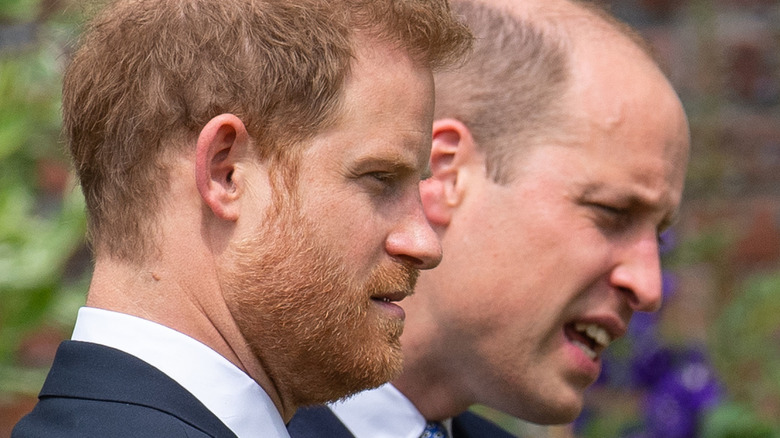 For some time now, Prince William and Prince Harry have been making headlines for their rocky relationship. While the tension between the brothers is said to have started back in 2018 (via Insider), things have gotten worse this year due to Harry and his wife, Meghan Markle, speaking out in criticism of the royal family, per The Cut.

However, William and Harry reunited in the UK on July 1, 2021, as they attended the unveiling of a statue they commissioned in honor of their late mother, Princess Diana. The ceremony, which was held on what would have been Diana’s 60th birthday, was a small event for the Princess of Wales’ family members. Of course, all eyes were on the brothers’ interactions amid their reported feud.

According to Marie Claire, body language expert Patti Wood studied William and Harry’s interaction at the event and believes that at least one of the brothers may be ready to reconcile. “[Harry] animatedly tried to get his brother’s full attention and engage him in conversation,” she said. “Harry gives several reaching gestures.” She adds: “This ‘bid for play’ shows Harry’s desire to connect with his brother, while we see Prince William with the full front of his body facing only toward the statue, his shoulders rounded and down firmly at his sides, and his head actually tilted down and away from his brother.”

Now, one of Diana’s former friends is revealing his surprising opinion about the brothers’ relationship status. 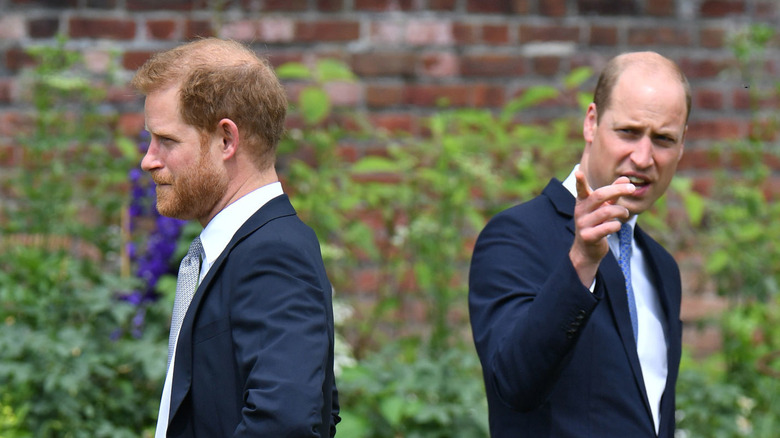 Us Weekly reports that Prince William and Prince Harry’s recent reunion at the statue unveiling may be a sign of hope for the brothers. Princess Diana’s former friend Stewart Pearce recently spoke about the reported rift between the two and why he felt there were signs of reconciliation between William and Harry at their latest public appearance.

“I feel that the vibration of it has detonated the essence of peace,” Pearce told Us Weekly. “By the behaviors that were just so easy, so formal — or informal, rather — so humorous between the two of them, I felt that that behavior would actually completely change the way that the vilification has taken place, which is really based on the fear or [ideas of] so many people with so many opinions thinking that they’ve actually been talking to individuals within the royal court. Whereas actually they’ve only just simply been making the whole thing up.”

Pearce added that he never believed there was a true rift between the brothers. “It dispels any of the brouhaha over the fact that there’s a rift,” he said. “There was a slight disagreement, but I mean, who doesn’t disagree with his brother? But [it’s] been blown out of complete proportion, it’s been overly dramatized. They both were so relaxed.”

He also gave his opinion about why more members of the royal family weren’t in attendance at the unveiling ceremony. 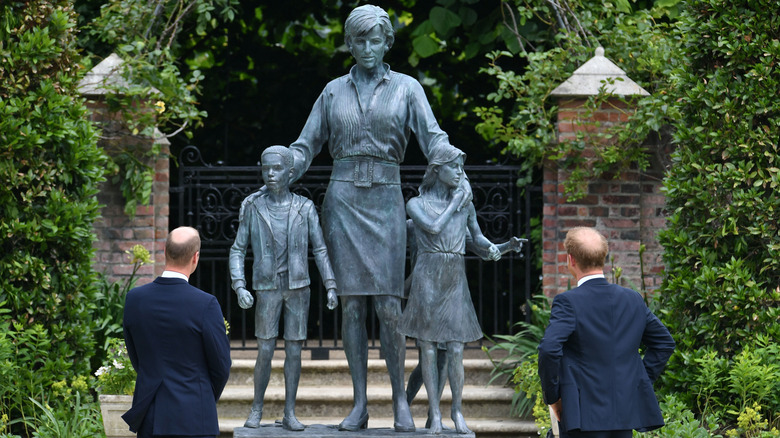 Princess Diana’s friend Stewart Pearce tells Us Weekly that more members of the royal family likely declined to attend the event due to the COVID-19 pandemic. “That’s one of the reasons why the queen wasn’t there and why Meghan wasn’t there,” he said. “I mean, Meghan obviously is at home with the children, so that’s completely understandable, but it is interesting that Catherine wasn’t there as well.” Due to the size of the gathering, it “became this very, very intimate celebration of just the two princes and select members of the Spencer entourage,” he added.

Pearce also admitted that Markle would likely be a distraction if she attended the event. “If Meghan had been there, I think it would have been explosive because the British press would just simply find something derogatory to say about whether it’s to do with the fact that she was … just very easy in the experience or something to do with what she was wearing,” he said.

Thankfully, the event seemed to be a success, and the brothers looked happy to be honoring their late mother together. However, only time will tell if the reunion has any impact on their relationship going forward.