A royal family super fan has revealed she has spent almost £4,500 copying Kate Middleton’s wardrobe, calling the royal a ‘big sister’ to her.

Student and self-confessed anglophile, Saskia Moldenhauer, 24, from Bochum, Germany, has always been fascinated by the magic of English culture, traditions and the royal family.

After watching a documentary about Prince William and Catherine’s engagement in 2011, Saskia fell in love with Kate’s impeccable fashion sense and started ‘repli-Kate-ing’, a hobby of people dedicated to copying the Duchess of Cambridge’s outfits for themselves.

Saskia, 24, from Germany, is obsessed with the royal’s style and has taken to copying Kate Middleton’s stylish looks (right). She picked up this Seraphine Florrie Dress, which Kate wore in January 2018 whilst pregnant with Louis on a visit to the Reach Academy in Feltham (left)

Saskia fell in love with Kate’s iconic style, and regularly copies the royal, including this Issa dress, which the Duchess of Cambridge wore for her engagement photographs. The royal fan even buys jewelry to complete the look (here, wearing a replica of Kate’s engagement ring)

Saskia started watching Kate’s fashion choices each time she stepped out and if her budget allowed would buy the exact same outfit or something similar to incorporate in her everyday look.

Luckily for Saskia, many brands worn by Kate are both affordable and ship internationally, so she has been fortunate enough to get her hands on some of the Duchess’ more notable looks.

Incredible pictures show Saskia in her take on Kate’s blue Issa engagement dress worn in November 2010, in the Seraphine fuchsia dress she wore in her first official family photograph following Prince George’s birth in 2013 and in the Duchess’ favourite Me + Em casual Breton striped top.

Saskia shares her royal looks and trips to iconic London landmarks on Instagram and wants to show that every woman can look and feel like a princess.

Saskia revealed she thinks every woman should feel like a princess – and said copying Kate’s style helps her to do so (The Duchess of Cambridge visits Brookhill Children’s Centre, Woolwich, London, Britain, 18 Mar 2015.)

Saskia has always been ‘fascinated’ by England, but fell in love with Kate Middleton’s style after watching a documentary about the royal family. She says her favourite looks are her casual ‘jeans and a Breton top’ as it’s ‘perfect for university’ 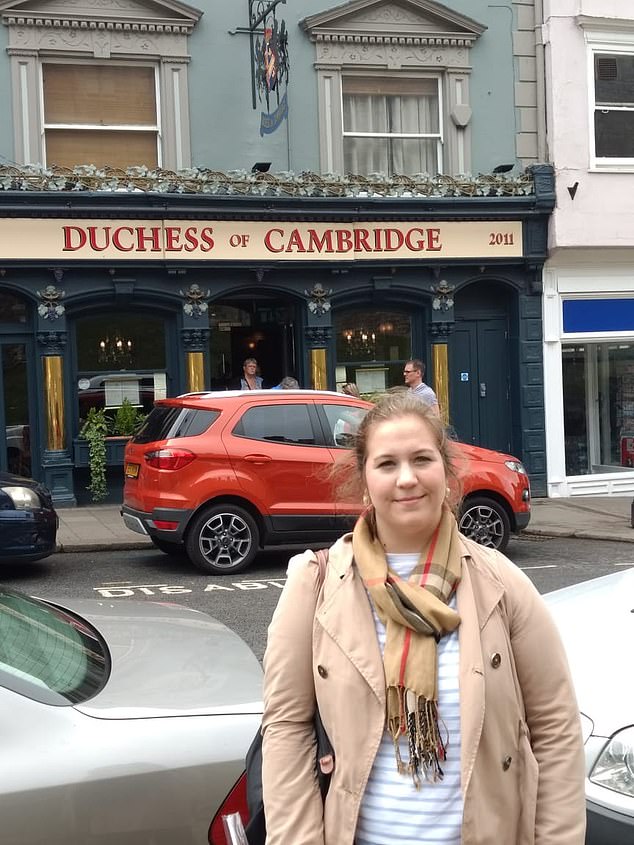 Saskia, pictured outside a Duchess of Cambridge pub, says she loves Kate’s sense of style which she calls ‘modern yet classic’

She said: ‘I was fascinated by England when I was a child and wanted to travel to London. I find the culture and English traditions wonderful and that includes the royal family for me.’

‘For me as a German, the English monarchy is something special and very traditional. It has something magical.’

She went on: ‘As for Kate, I feel like she’s a big sister to me. She is very disciplined, but she is also a good mother and socially involved. 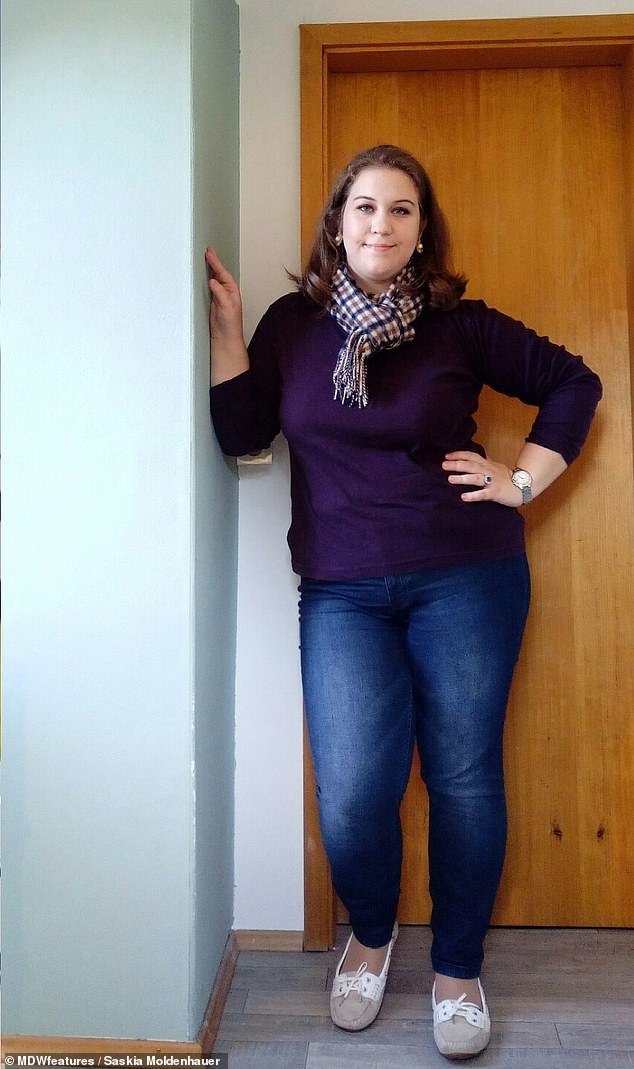 Saskia has praised Kate’s style as ‘affordable’ yet stylish. Pictured here, wearing the Aquascutum scarf the Duchess of Cambridge wore in 2011, along with skinny jeans and a pair of Kate-style loafers

‘And of course, she is a fashionable role model. I like her naturalness the most.’

The student, who regularly visits iconic royal sites to pay tribute to the family, says every girl should feel ‘like a princess’

She revealed that she first fell in love with Kate Middleton when she was 16, after watching documentaries ahead of her wedding to Prince William.

She said: ‘Immediately I was a fan of her and was looking forward to the wedding.

‘Since then, I have also become enthusiastic about her sense of style. It started with my dress having the same colour at my graduation ball as Kate’s Issa engagement dress – a deep royal blue and I also bought a replica of the engagement ring that Diana wore.’

She went on: ‘At some point I discovered Instagram for myself and realised that I am not alone with my enthusiasm for Kate and England.

‘I like to interact with the community and I am pleased that my hobby finds appeal there.

‘In Germany, the hobby is not very widespread so it’s great to be instantly up to date on the latest royal events on Instagram, and I love the puzzle when it comes to identifying the brands of Kate’s garments.’

If she is unable to find the exact outfit Kate has worn, the avid royal fan replicates as closely as possible (pictured, wearing a similar coat to one worn by the Duchess in 2017)

She praised Kate for mixing designer clothes with pieces that are more affordable, calling it a good mix of modern and classic.

The avid royal fan also admitted that finding a royal outfit ‘does not take long’.

She revealed: ‘Through Instagram and Twitter, I’m always up to date. When a new photo of Catherine is released, the community immediately tries to find out which brands Catherine wears. 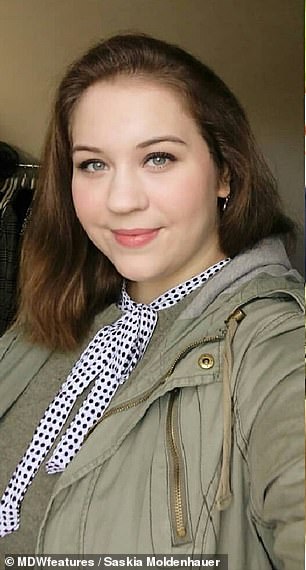 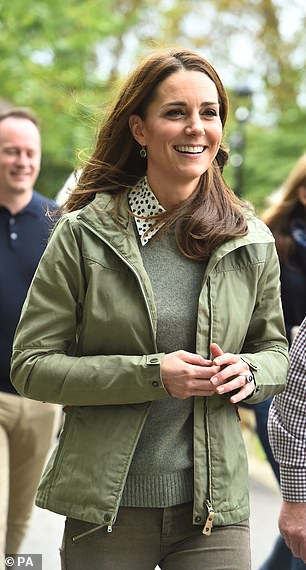 Saskia admits she finds joy in the ‘puzzle’ of Kate Middleton’s outfits, and will try to buy items as soon as she can after the royal has worn them 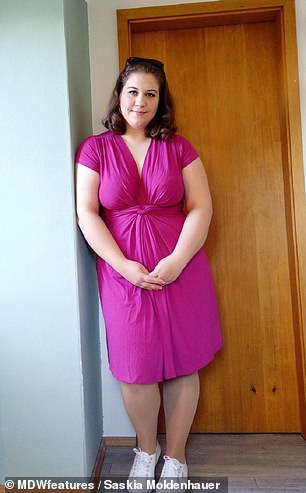 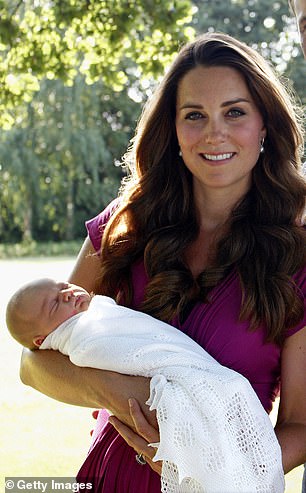 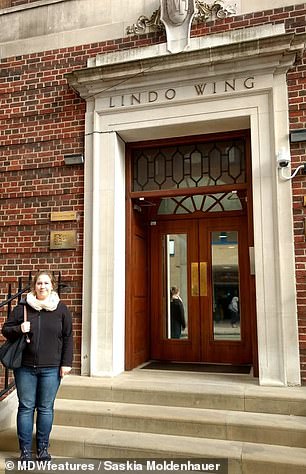 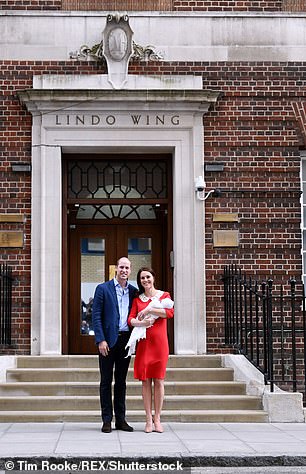 ‘Most of the time, this happens very quickly and you can then look for and order the garments in online shops but it is a pity when something is sold out. Nevertheless, I never lose the fun of it.’

Saskia added: ‘I always have a special feeling when I buy the original clothes, so I try to get hold of them as much as possible.’

They can cost several hundred euros per outfit. Meanwhile, I have already spent over five thousand euros on royal clothing, jewellery and shoes.’

Saskia revealed she uses Instagram and Twitter to uncover the brand Kate Middleton is wearing, and this can happen ‘very quickly’ 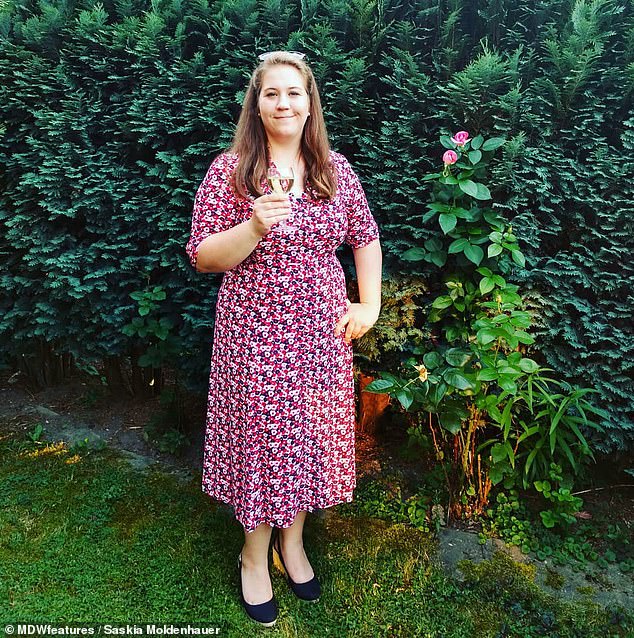 Though she called it, ‘a pity’ when something sold out, Saskia still says she gets a ‘special feeling’ when she does find something Kate has worn

Saskia says that her wardrobe for university has been given the royal look and finds Kate’s causal wear perfect for a day in lectures.

‘Most of all, I like casual looks because they can be easily integrated into my student life. Sneaker shoes such as the ones from the brand Superga, jeans trousers and a Breton top are very comfortable, perfect for university and they have a royal touch thanks to Kate.

‘Every woman can look and feel like a princess.’ 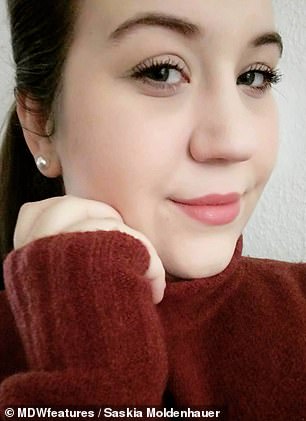 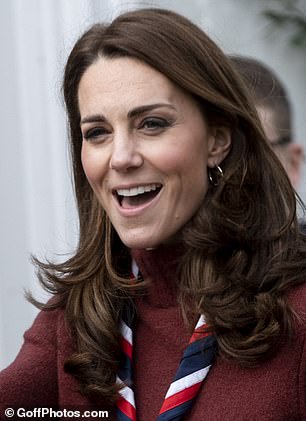 The student admitted to spending almost £4,500 on replicating Kate’s wardrobe, pictured here in a J Crew jumper worn by Kate on a visit to the scouts headquarters in March 2019. 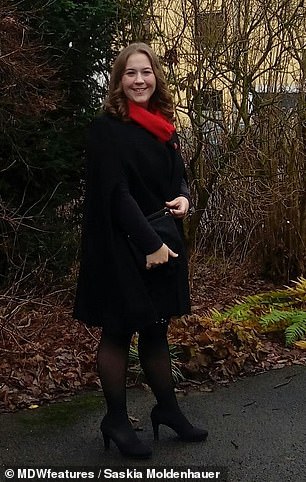 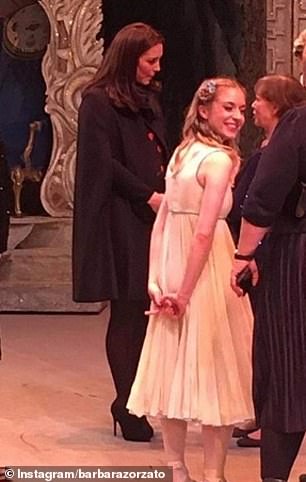 The student admits she gets ‘a special feeling’ when she buys the exact same outfit as Kate, so she tries to get hold of the items as much as possible.’ (pictured here, in the Zara cape worn by Kate on a visit to the Royal Opera House in December 2017.)

‘The garden looks really beautiful. I really like the title, ‘Back to Nature’ and it’s also really fitting, as Kate has built in elements like a small waterfall.

‘She said that she hopes to inspire children and their parents with her garden, and she has certainly succeeded in doing so, as seen by George, Charlotte and Louis,’ said Saskia.