Savannah Phillips doesnt have a royal title – unlike Prince George 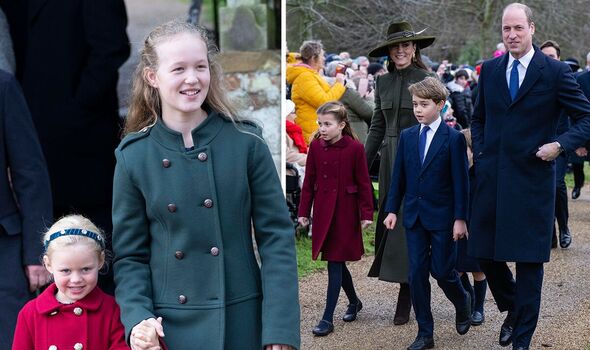 Savannah Phillips was born on December 29, 2010, to Peter Phillips and his ex-wife Autumn Kelly. Savannah was the late Queen’s eldest great-granddaughter, and she was pictured at Sandringham this Christmas attending church with other members of the Royal Family.

Why does Savannah Phillips not have a royal title?

In the British monarchy, only certain people are eligible for a Prince or Princess title.

These rules regarding royal titles were stipulated by King George V in 1917.

The Letters Patent ironed out who could receive titles, and confirmed those eligible “at all times hold and enjoy the style title or attribute of Royal Highness with their titular dignity of Prince or Princess”.

Under these rules, Savannah Phillips was not eligible for a Princess title as she was the great-grandchild of the monarch at the time of her birth.

Savannah is also without any other title as her father Peter Phillips has no royal titles either.

Peter was the Queen’s grandchild through her daughter Princess Anne, meaning he and his sister Zara Tindall were not eligible for titles under the George V convention.

The Queen reportedly offered Anne titles for her children, but without them, her children have thrived away from the royal spotlight.

Both Peter and Zara have been able to pursue their own careers, with the latter being an accomplished equestrian who won a silver medal at the London 2012 Olympics.

Why do Prince George, Princess Charlotte and Prince Louis have titles?

Under the George V convention, only Prince George would have been eligible for a Prince title during the Queen’s reign.

However, the Queen amended the rules so all of Prince William and Kate, Princess of Wales’ children could hold Prince or Princess titles.

The Queen issued a Letters Patent and, had she not, Kate and William’s daughter Princess Charlotte would likely have been known as a Lady.

A statement read: “All the children of the eldest son of The Prince of Wales (Charles) should have and enjoy the style, title and attribute of Royal Highness with the titular dignity of Prince or Princess prefixed to their Christian names or with such other titles of honour.”

Now King Charles is Sovereign, all of his grandchildren are eligible for Prince or Princess titles but currently only three out of five have them.

Archie and Lilibet Mountbatten-Windsor are without Prince or Princess titles and they are not styled as the children of a Duke either.

But Archie is likely to inherit his father Prince Harry’s Dukedom of Sussex one day.