Alycia Pascual-Peña stars as Aisha in the ‘Saved by the Bell’ reboot. HL talked EXCLUSIVELY with the actress about Aisha’s journey, how the reboot incorporates ‘factors’ of the original show, and more.

Saved by the Bell, one of the best new shows of 2020, is now streaming on Peacock. Season 1 of the reboot follows a new set of Bayside kids with the original cast makes sprinkled in. Alycia Pascual-Peña plays Aisha, one of the Douglas kids who ends up getting transferred to Bayside. HollywoodLife spoke EXCLUSIVELY with Alycia about how Aisha adapts to the Bayside life.

“What’s interesting about it is my character is probably one of the most pessimistic students from Douglas going to Bayside at the beginning of the show,” Alycia told HollywoodLife. “And then you see her completely have a 180 because she ends up falling in love with the school and finding relationships and connections with students at Bayside in a way that she didn’t think that she would. She ends up thriving. Not because she doesn’t love where she comes from, but more as a result of having resources that she wasn’t able to have at her own school. She ends up getting involved in sports and making new friends. It’s really cool to just watch Aisha’s character evolve throughout the season.” 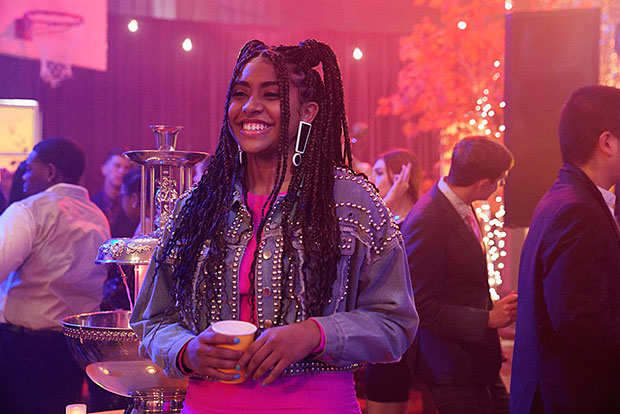 The original series gave us fan-favorite couples like Zack Morris and Kelly Kapowski, as well as Jessie Spano and A.C. Slater. The reboot will feature new romances that fans will undoubtedly ship.

“I definitely am excited to see how people think of the ride for Aisha and Jamie,” Alycia admitted. “It’s pretty unconventional in the fact that they end up being on the same sports team together. They have to have that relationship between them [as teammates], but then they get to learn about each other and fall for each other in a different way that they wouldn’t have expected. I think people are also going to enjoy not only seeing these kids come together on a platonic level but hopefully, they can enjoy this unconventional relationship as teammates who are also falling for each other.” 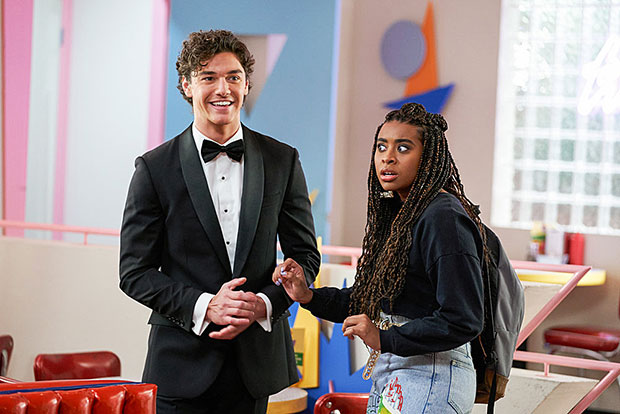 Aisha is also best friends with Daisy, played by Haskiri Velazquez. Alycia noted that these two friends are “ride or die” for each other. “I think a really cool part of our friendship is that we’re both Latinas, but we’re both really different so you get to see this representation of Latina and Latinx community in an interesting way. Even though we come from the same culture, we’re own distinct women which I think is really cool,” Alycia said. 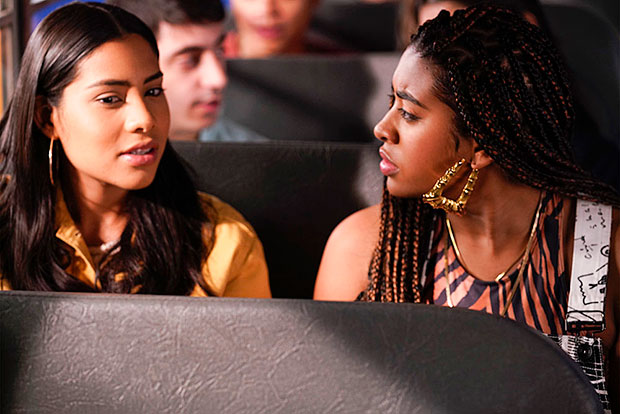 “I really love that our show has the layers of the original with original cast members from the Saved by the Bell that everybody else grew up with,” Alycia told HollywoodLife. “With this new class, I think it’s really exciting watching the worlds collide. My experience has been wonderful. It was a pleasure to work with Mario [Lopez], who plays my football coach on the show. Like many of the other characters, I think A.C. had certain ideas of how this merge between these two schools was going to go, and he’s pleasantly surprised by me ending up on his team. It’s not very custom to see women on football teams, but it’s awesome. Being able to work with him on the field and have scenes with him, especially because I did grow up watching him, was really cool.”

She added: “I think our show definitely has factors of the original that people will be able to enjoy and connect to their childhoods. But it’s really an honor of mine and my cast members to expand on these narratives in a new way. It feels like the passing of the torch to us, and we’re getting able to progress conversations that the original started. It’s really dope. I hope people enjoy being able to watch the new ways that we’re experiencing Saved by the Bell and the way it mirrors the world that we live in now a little bit more.”

END_OF_DOCUMENT_TOKEN_TO_BE_REPLACED

END_OF_DOCUMENT_TOKEN_TO_BE_REPLACED
Recent Posts
We and our partners use cookies on this site to improve our service, perform analytics, personalize advertising, measure advertising performance, and remember website preferences.Ok