A man who claims to run the cheapest shop in Britain left viewers of ITV’s This Morning unimpressed with his range of budget products.

Stuart, who has been running The 20p Shop in Otley, West Yorkshire, for five years alongside his family members, explained that the shop aims to provide something ‘cheap and cheerful’ amid the rising cost of living.

The entrepreneur claimed they are able to keep the costs of their goods low by buying in bulk and admitted that he’s ‘perfectly ok’ with people reselling their purchases, having had one customer previously buy a ring that they didn’t know was worth £120.

But the segment left viewers unimpressed with some taking to social media to accuse Stuart of selling ‘tat’, while others noticed that no customers went into the shop during the live broadcast. 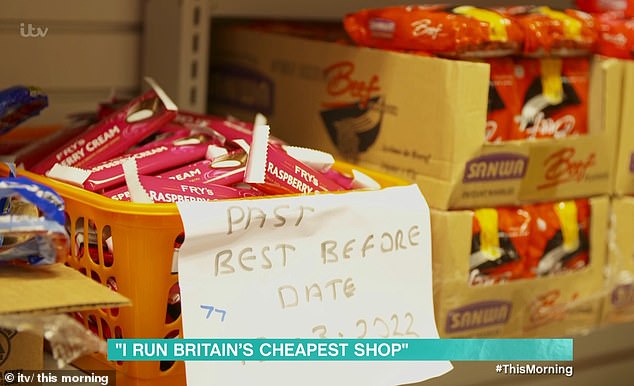 Stuart told presenters Holly Willoughby and Philip Schofield that his family had a market stall before renting the shop premises.

Stuart said: ‘We started the idea on the market stall, selling items for 20p each and it flew out. After that we thought, “Well why not get a shop?” as in winter time working on a market isn’t the greatest.

‘We get stock from all over and buy quite in bulk to keep the cost down to around 10-20p each. Bits and pieces.

‘We try our best to help the local community. That was the main aim behind the shop. Not everything needs to cost a fortune in the current state of the world with everything going up, cost of living go up and everything like that.

‘We thought, why not make something cheap and cheerful for everyone? 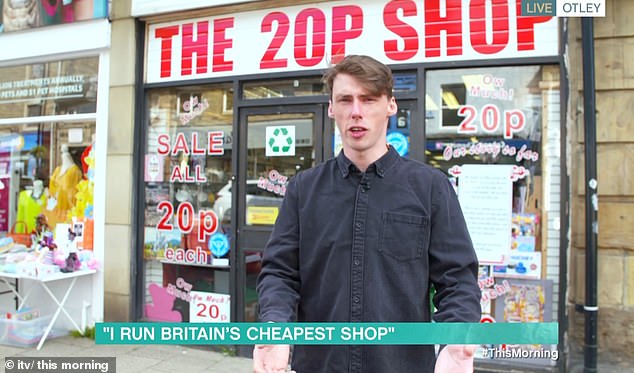 Stuart (pictured), who has been running The 20p Shop in Otley, West Yorkshire, for five years, left viewers of This Morning unimpressed with his product range 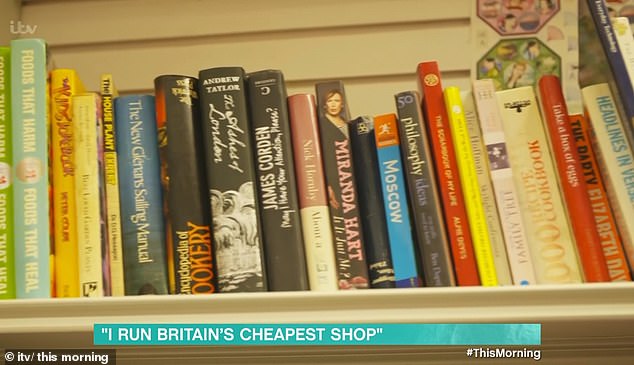 Stuart said the family buy ‘bits and pieces’ in bulk to be able to keep their prices between 10 to 20p and help the local community. It stocks everything from books to household goods 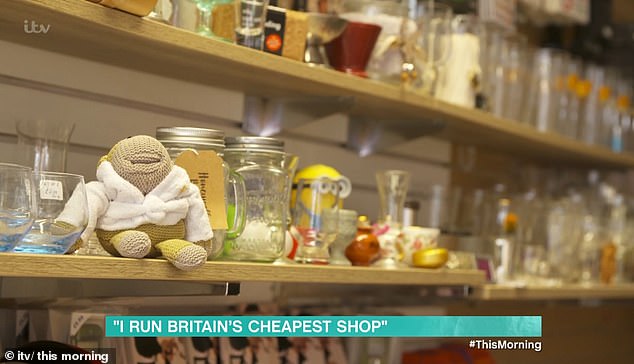 Stuart claimed press coverage of the family business has turned the shop into a ‘phenomenon’ with one customer travelling from as far as 120 miles to visit.

Having previously stocked bikes and jewellery worth more than 20p, he claimed that he doesn’t mind people reselling their purchases for a profit.

Stuart said: ‘If it can help someone out and help the normal person in life to go earn a few quit then why not. It’s here to help people and we’re not here to make millions of pounds. 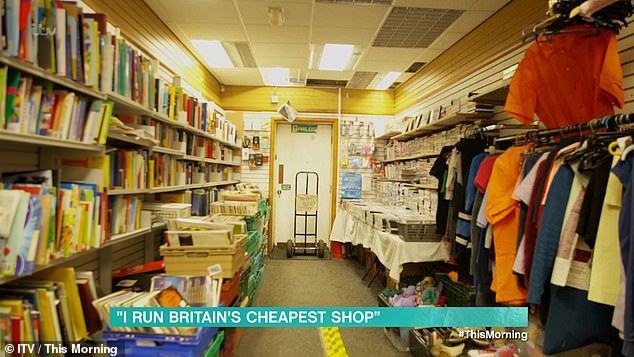 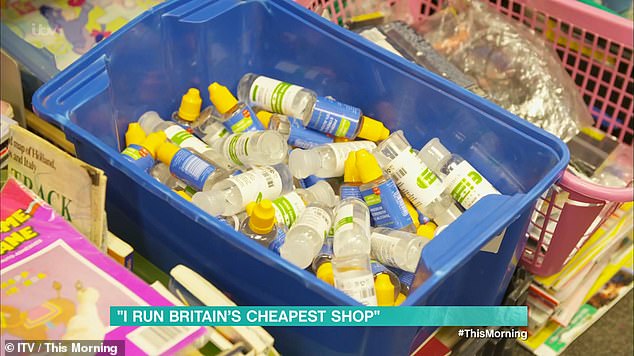 Stuart said his family’s shop struggles like all small businesses but they are doing their best to stay afloat. Pictured: A box of hand sanitiser on sale 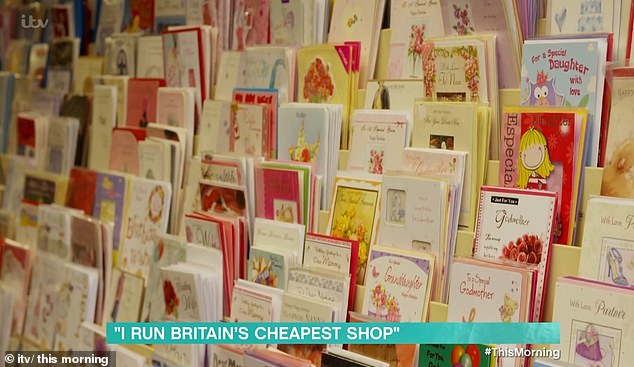 Stuart told Philip Schofield and Holly Willoughby that they could buy books, home decorations and greetings cards all for the cost of £1 in total

‘We do have a bit of costume jewellery in the shop. One lucky customer came in, bought a ring. Unknowingly it was a golden ring worth £120.

‘The same day, they went across the road and sold it to local jeweler.’

Stuart revealed Philip could buy a cook book, crockery, a decorative sign, pasta and a chocolate bar for £1 in his shop.

He told Holly she could get two books, greetings cards and a chocolate bar for the same price. 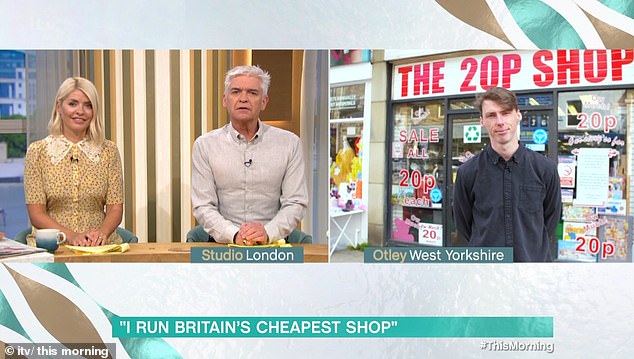 Despite the range of products on offer, viewers took to Twitter to criticize the items on sale in the budget retailer.

One person wrote: ‘The shop is pure tat, reminds me of hypervalue shops #ThisMorning’

Another said: ‘It’s cheap… it’s crass… and it ain’t worth the travel fees #ThisMorning’

‘F******* of tat in that shop. Looks like a cross between a down-market Sue Ryder combined with a fire sale #ThisMorning,’ a third commented.